IDW Publishing announced a brand new series, Star Trek vs. Transformers, from writers John Barber and Mike Johnson and artist Philip Murphy. This is the latest crossover featuring the a Star Trek crew. They’ve recently seen crossovers with the Green Lantern Corps, Planet of the Apes, and even Doctor Who. 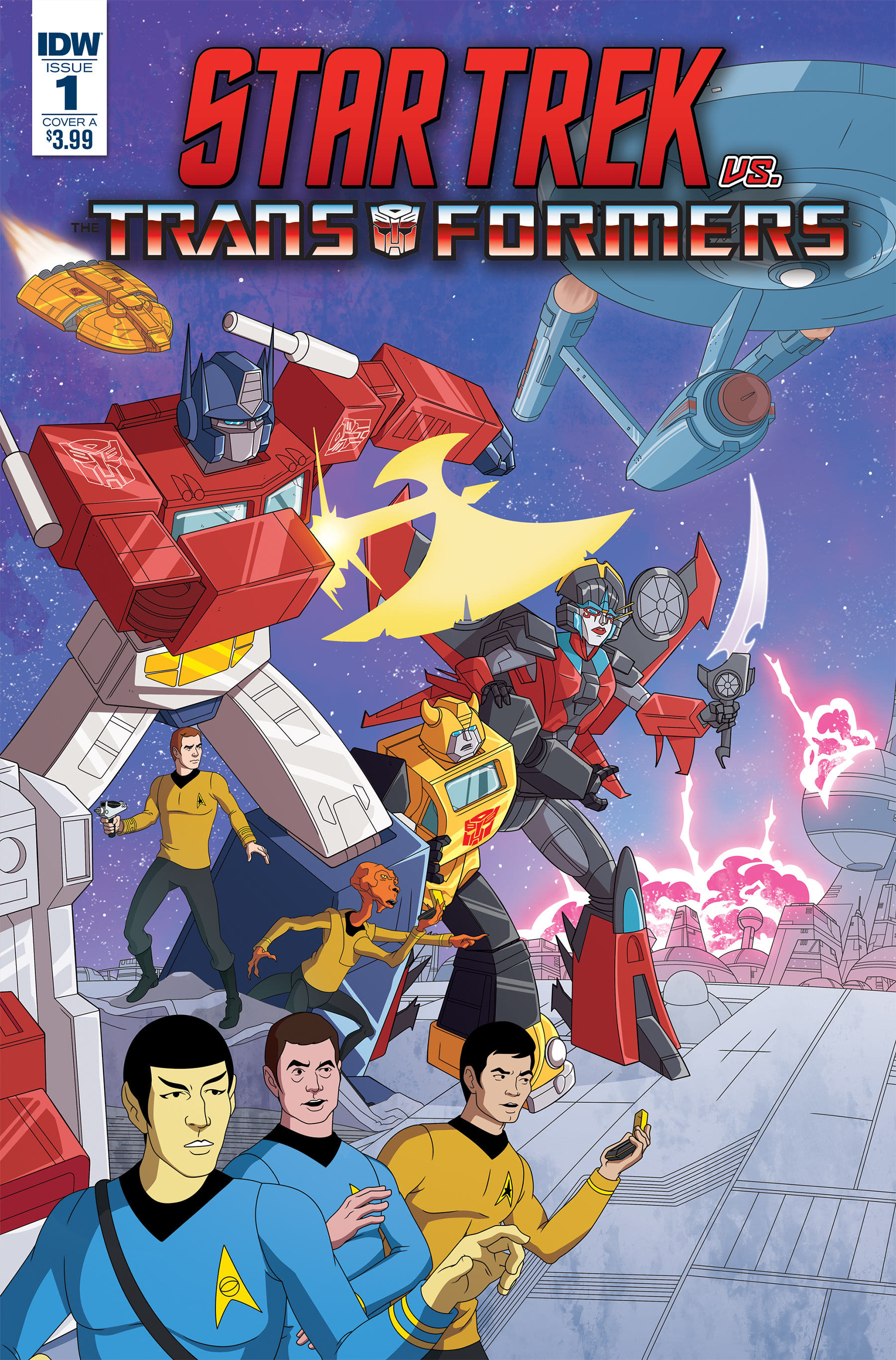 Cover A by Philip Murphy

Here’s the official solicitation from IDW:

“The Transformers ‘80s cartoon series meets Star Trek: The Animated Series in a no-holds-barred Saturday Morning mash-up for the ages!

At the edge of Klingon space, the Starship Enterprise finds there’s more to the final frontier than meets the eye, when Kirk and his crew come face to face with the strangest life forms of all: Cybertronians! This unprecedented crossover brings together two of the greatest science fiction universes of all time—in the style of their classic animated series! A five-year mission meets a four-million-year war!” 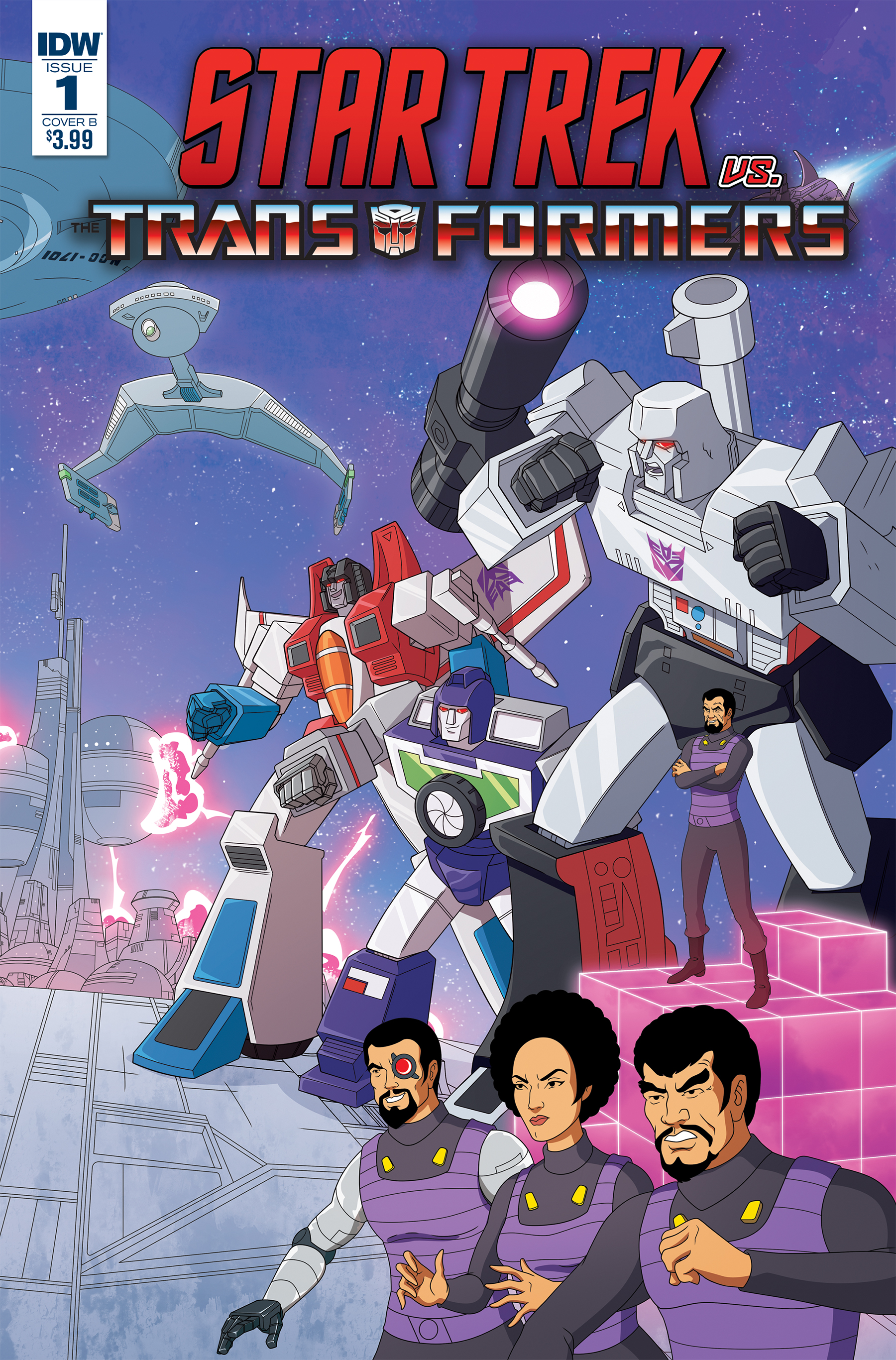 Cover B by Philip Murphy

Mike Johnson spoke to i09 about the crossover series, “This is a crossover several decades in the making, and we could not be more thrilled to bring it to fans. John and I are having a blast writing the first meeting of Starfleet and Cybertronians, and Phil is the perfect artist to bring these two franchises together on the page.” 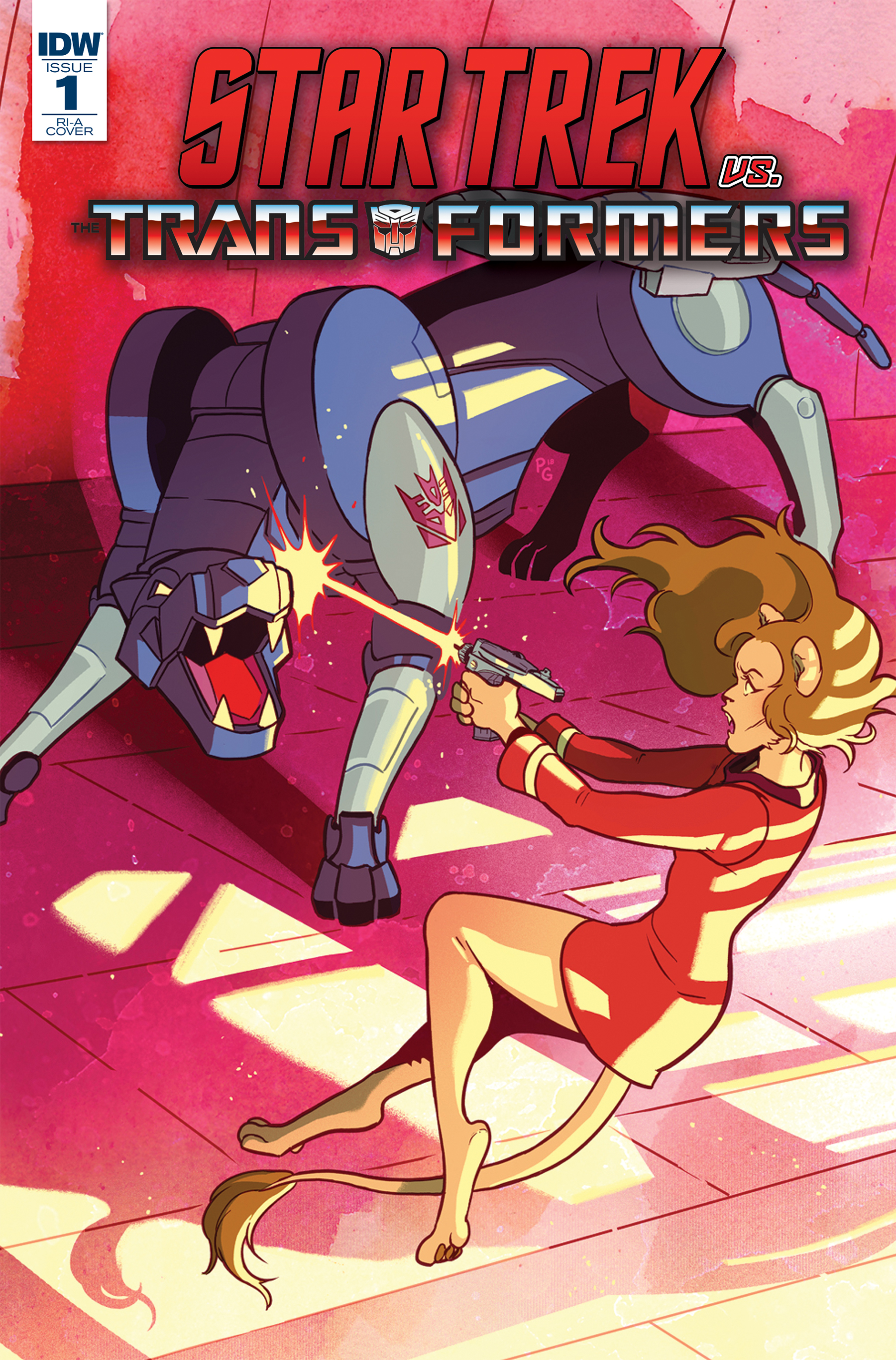 The first issue will feature connecting covers from Philip Murphy. It will also feature retailer incentive covers from Paulina Ganuchea and Derek Charm.

The series will be a four issue miniseries. It is expected to hit comic book shelves in September. 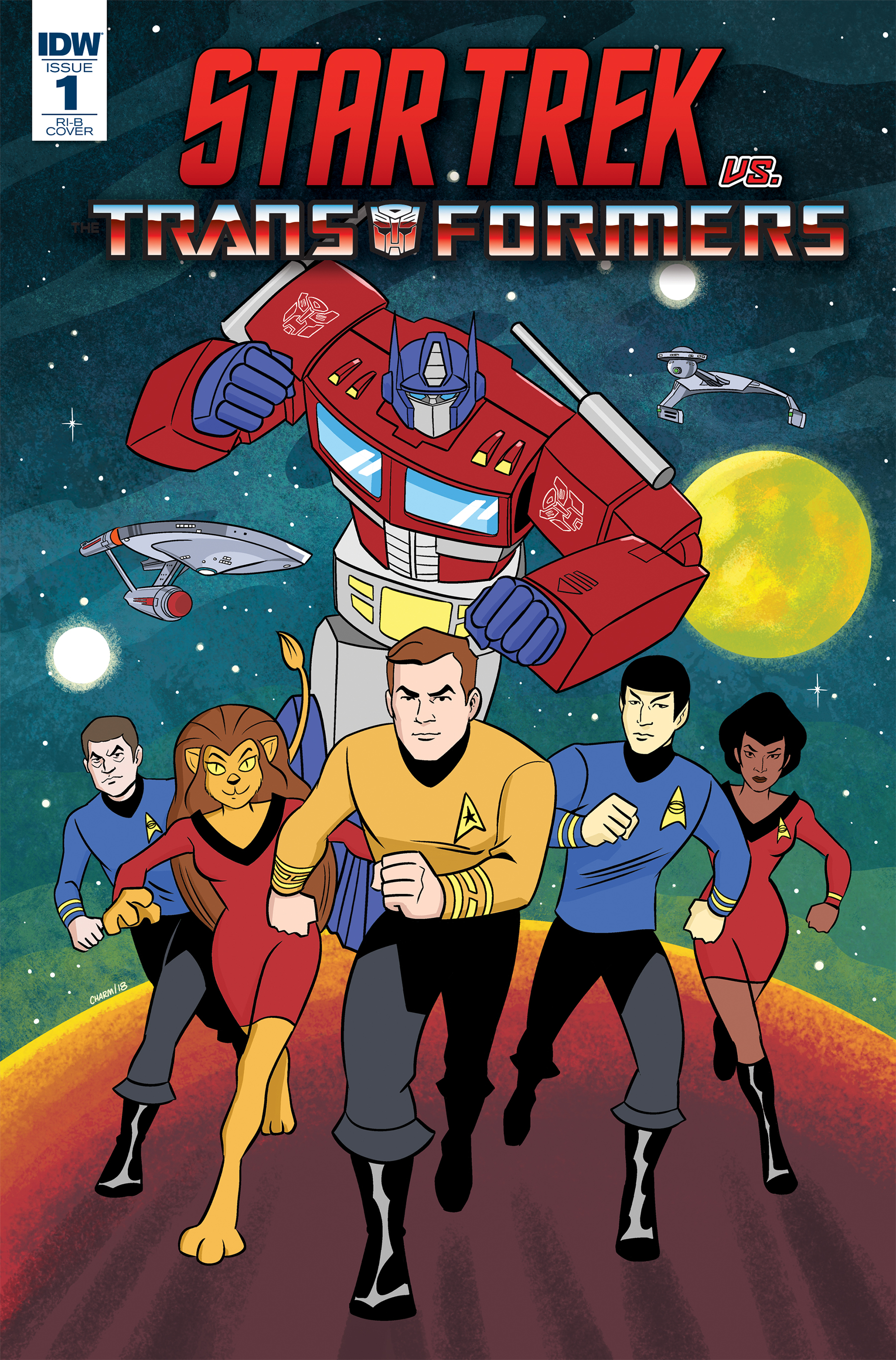