Vox Day and Arkhaven Comics bring us the next installment of Alt-Hero with issue #2. We get a look at some new characters and some new locations and the whole overall package is a step up from the first issue. While it still isn’t perfect and is not without its own problems, it’s still a pretty good time in a new superhero universe.

One of the strengths and unfortunately, one of the weaknesses of this Alt-Hero story is that we get almost an overload of new characters, specifically of the superhero persuasion. On the plus side, we get a large dose of some potentially very cool new heroes. There’s some awesome powers on display here as well as some nice looking costumes. It really feels like a deep world already full of colorful characters and it’s nice to get a few glimpses of it, especially considering the potential that these characters carry. 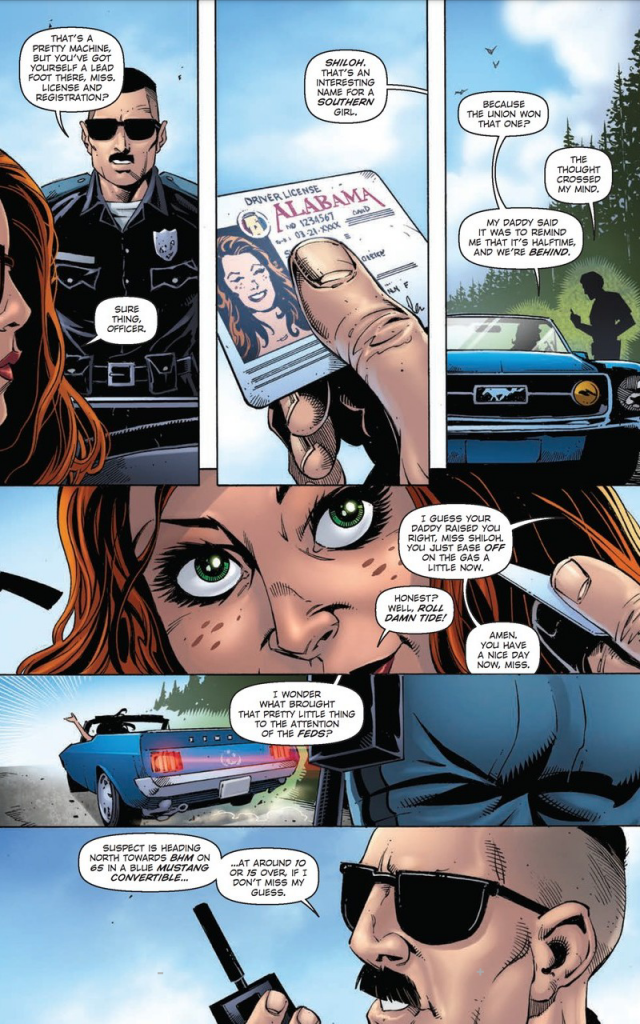 However, there is a downside to the plethora of superheroes we’re introduced to in that we hardly get any time with any of them. There are so many of them crammed into this book that we don’t even get to see all of them. We hear their powers mentioned and we even see the result of what they’re doing with those powers, but we do not actually SEE them, which was a bit of a downer. There’s even a few of them that do get a bit of page time, but do not get to do much. One of them in particular was there the whole time and I’m still not sure what he can do.

The two that we do get to know a little bit are, fortunately, potentially compelling characters. Hammer, who appears to have super-strength, spends his evenings beating up “Antifa scum,” getting dangerous illegals deported, and reuniting kidnapped children with their parents. He’s a Daredevil style vigilante who is recruited by a covert superhero group who is hiding from oppressive government agencies and waging their own battle to fight the good fight. He’s recruited mainly to rescue the other major player here, a redhead southern girl named Shiloh, or Rebel, if you prefer. She is 100% a tough southern firecracker who reminds you constantly that she is an Alabama Tide homer. Even as a Sooners fan, I enjoyed how often she inserted the phrase “Roll Tide” into her vernacular. Rebel is a genuinely fun character who seems to have some super strength or toughness (it isn’t made clear) who is kidnapped by the Superhuman Protection Council who seem to be posing as “the good guys,” but come on… we know better, right?

The crux of the story lies in the formation of the team to bust Rebel out and although it’s fun watching it unfold, I wish it was expanded more so than it is. It’s the big action piece of the book and it’s only allowed a couple pages, with most of the rest of time being spent on exposition and world building. It’s important information for the reader to get and I did enjoy digesting it, I just wanted a little more action. I guess that’s just the comic book fan in me though. 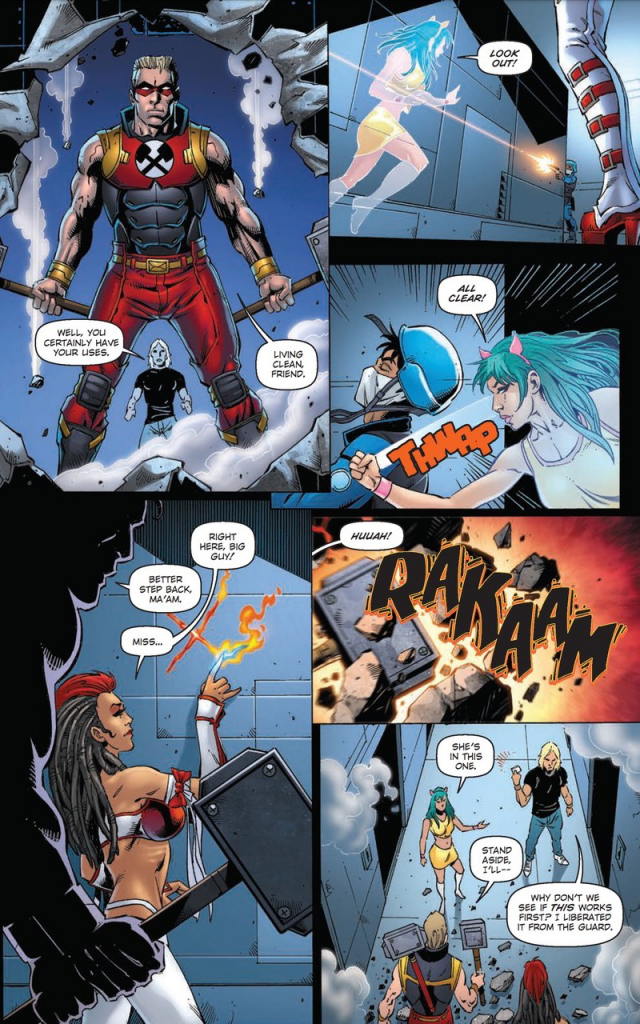 As far as the story for Alt-Hero goes, it is shaping up to be interesting. There’s no “black-and white” good guy/bad guy dynamic here and that makes for an interesting world to spend time in. I’m sure there will be in subsequent issues, but for now I am enjoying the gray morality that is in place, even for our heroes. I do wish, though, that we had a bit more of an idea of what really is going on before we are thrown into it. Characters keep mentioning things that I feel that we, the readers, should know about, but we don’t. Hopefully as this series goes on we’ll get more explanation on what exactly is going on, but for now, it’s marginally confusing.

Now, as compared to the first issue of Alt-Hero, the artwork here is much better. Characters are no longer stilted and awkward and they all look like proper, powerful superheroes. The coloring is also exponentially better! That was one of my biggest gripes about the last issue, but it has been fixed here and this issue is so much the better for it.

Alt-Hero continues to lay the ground work for what is shaping up to be a compelling and interesting universe. There is an obvious political and social slant here, but it isn’t heavy-handed and I am thankful for that, even if I happen to agree with it. The heroes, specifically Hammer and Rebel, are two very exciting characters and I can’t wait to see more of them and witness how their story arcs play out. I would have liked to see some of the results from the first issue, but this one was entertaining enough in its own right to tide me over until that happens.