“What brought on this deep-rooted madness and hate for Krypton?”

Despite what some people think, Brian Michael Bendis loves Superman. That’s clearly evident in the pages of Man of Steel #5. When the veil was lifted on Rogol Zaar, and his new story, many were already saying Bendis was destroying the mythology. That’s not the case. But as a new DC writer, he’s entitled to add to the mythology. That’s the kind of narrative building in his Superman stories, continuing with the action-packed pages of Man of Steel #5. The details can be hard to see sometimes, but the fight is brutal. Superman has faced many foes like this, with godlike strength that can parallel his own.

Rogol Zaar is something different. His hatred for Kryptonians is brutally obvious. The story has yet to cut to the core of his life and beliefs, but time will tell. Bendis is taking the time to create a substantial new villain to the DC Universe. There are a few problems to be found but Man of Steel #5 continues the powerfully explosive welcome of Brian Michael Bendis to the stories of Superman.

Comic writers are famous for willingly throwing their heroes into the worst kind of scenarios. None more so than Superman. He’s been thrown at every single creature, disaster, and conflict ever imagined. Writer Brian Michael Bendis continues to put him through the ringer in Man of Steel #5. Discovering why a superpowerful alien being hates Kryptonians is bound to get some bruises. One of the few flaws in this overall story is that it still has yet to progress. Readers have seen Rogol and Superman fight a couple of times now. The outcome has become rather predicatable. Bendis’s writing is exciting, entertaining and funny. But it needs to progress. 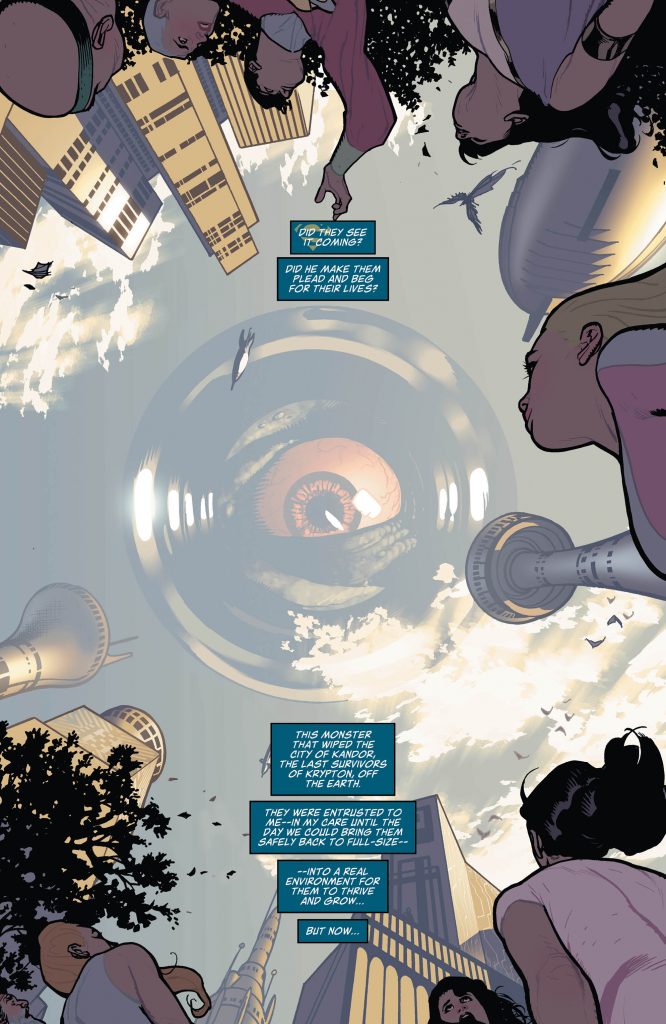 That being said, there is plenty of entertainment to be found thanks to plenty of cameos and a well-written story. It may not progress the idea of Rogol Zaar, but it does bring the conflict to a global scale. Now that the Justice League is involved, this is going to get interesting. Bendis knows exactly how to write and implement every team member. There’s a Flash joke that verges on crass but it works for the character. A reminder that even superheroes can act childish sometimes, even at work.

“He’s a practiced creature of war.”

Adam Hughes can craft some mesmerizing artwork. Panels that depict even the simplest of settings can captivate with unique detail and shape. Watching your favorite heroes fly across planets or battle along the stars is as gorgeous as it’s ever been. It should come as no surprise that Hughes colors his own work, because the intricacy of it can be a daunting task just to look at. There’s so much detail to appreciate, so much perspective that’s influenced just by his use of shading. That doesn’t mean that the pencils are entirely without flaws. There are a few panels that look a bit awkward including one that manages to paint Superman’s chin in an unfortunate manner. Yet moments like those are few and far between. 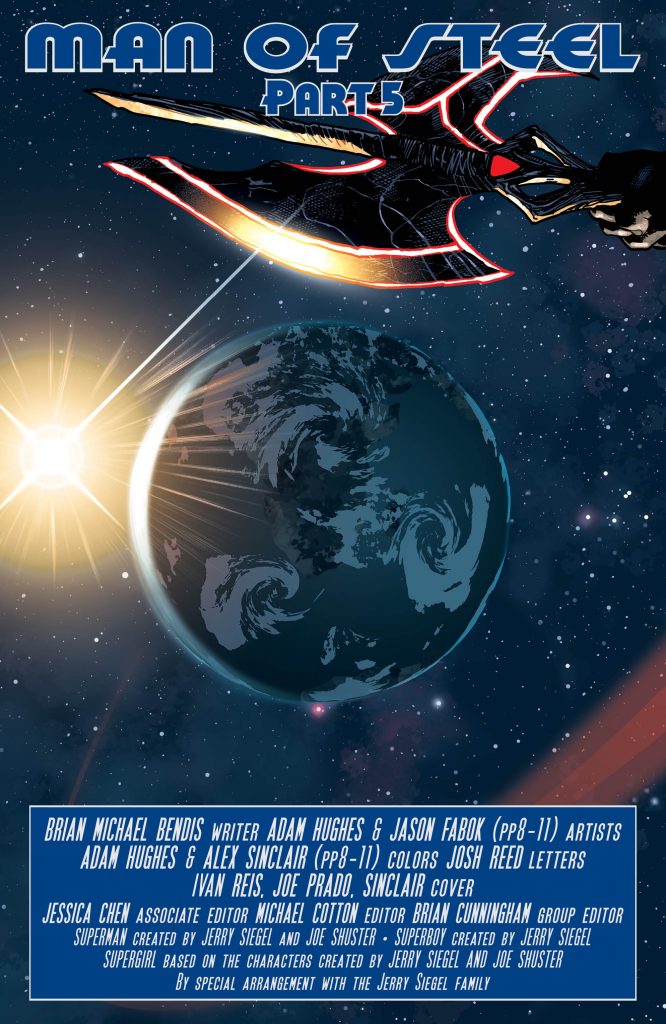 Jason Fabok and Alex Sinclair join for a few pages, which are always welcome. Fabok’s style is one of the best looks in action-oriented comics. The few pages he and colorist Alex Sinclair work on are a perfect set-up for another story. Though it may serve as filler to cover a few pages, it also ends up as an exciting preview to another story. The puzzle of Brian Michael Bendis’s Superman story isn’t exactly coming together, it certainly looks amazing.

It might not be great to be Superman, but it’s a great time to be a Superman fan. The poor superhero does certainly have to go through some pain while saving the Universe, but it’s a pleasure to read. Brian Michael Bendis began his brand new Superman legend a few weeks ago. Each and every entry has been filled with exciting action, wonderful dialogue and a heartwarming continuation of the Superman family. Anyone afraid of Bendis changing the family-oriented story, or changing the characters, was just plain wrong. This is just another story that builds on the ones that came before.

Krypton hasn’t undergone any unnecessary change. Kandor on the other hand…isn’t doing so well. An interesting way for Bendis to build stakes without necessarily giving any new information.

The sad truth is that readers still won’t learn anything new about Rogol Zaal. His hatred for all things Kryptonian, and apparently anything in contact with them, is enough to warrant their demise by his hands. It makes for an exciting blockbuster of a comic. Every artist brings their own spin onto Bendis’s words, especially Adam Hughes. His unique style bridges the world of dream and comic with an amazingly original look. Every panel captures a sense and wonder that comes just as clearly in the writing. The story does need to move forward, but if it looks and reads like Man of Steel #5, let the Bendis Superman stories continue.