Marvel Comics, writer Donny Cates, penciler Ryan Stegman, inker JP Mayer, and colorist Frank Martin have a hit on their hands with their new Venom series. We are just three issues in and the book is getting better and better.

In the pages of Venom #3, Cates and company finally reveal the major threat to Venom they’ve been teasing for the past two issues and this is a creature that is not to be taken lightly. He might just be one of the most powerful beings in the Marvel Universe given what he does to both Miles Morales and Venom!

As the story begins, this new malevolent being has take on the shape of a dragon and is wrecking New York City. It’s up to Miles Morales and Venom to team up in order to take him down. It doesn’t work out for either of them. 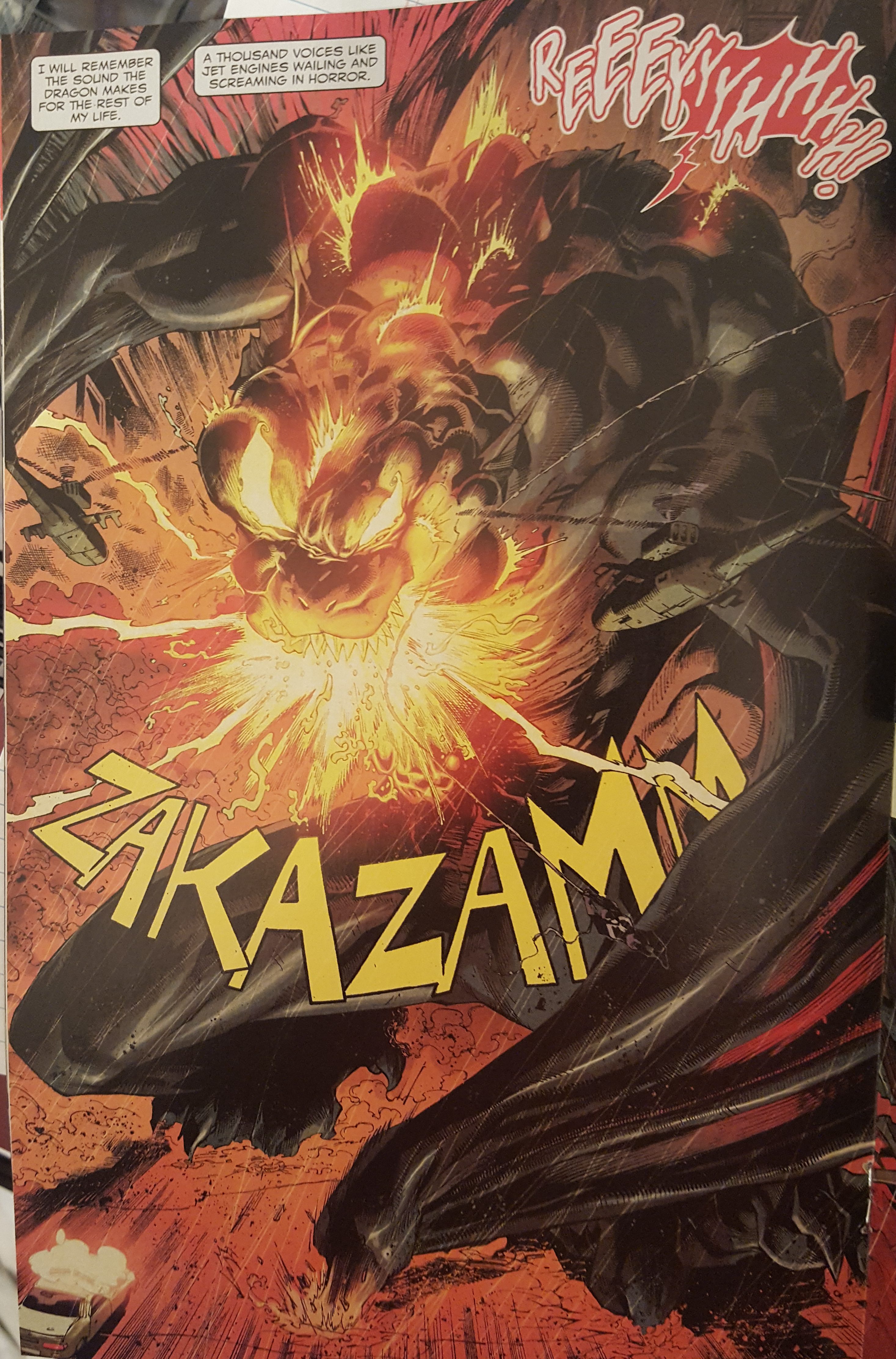 They try and take on the problem head on with Miles diving into the literal belly of the beast to launch what he calls a Venom Blast attack. It doesn’t work at all. The dragon shapeshifts into a vampiric Dracula looking figure as he clutches Miles’ head in his hand. He then tosses him to the ground like a ragdoll. 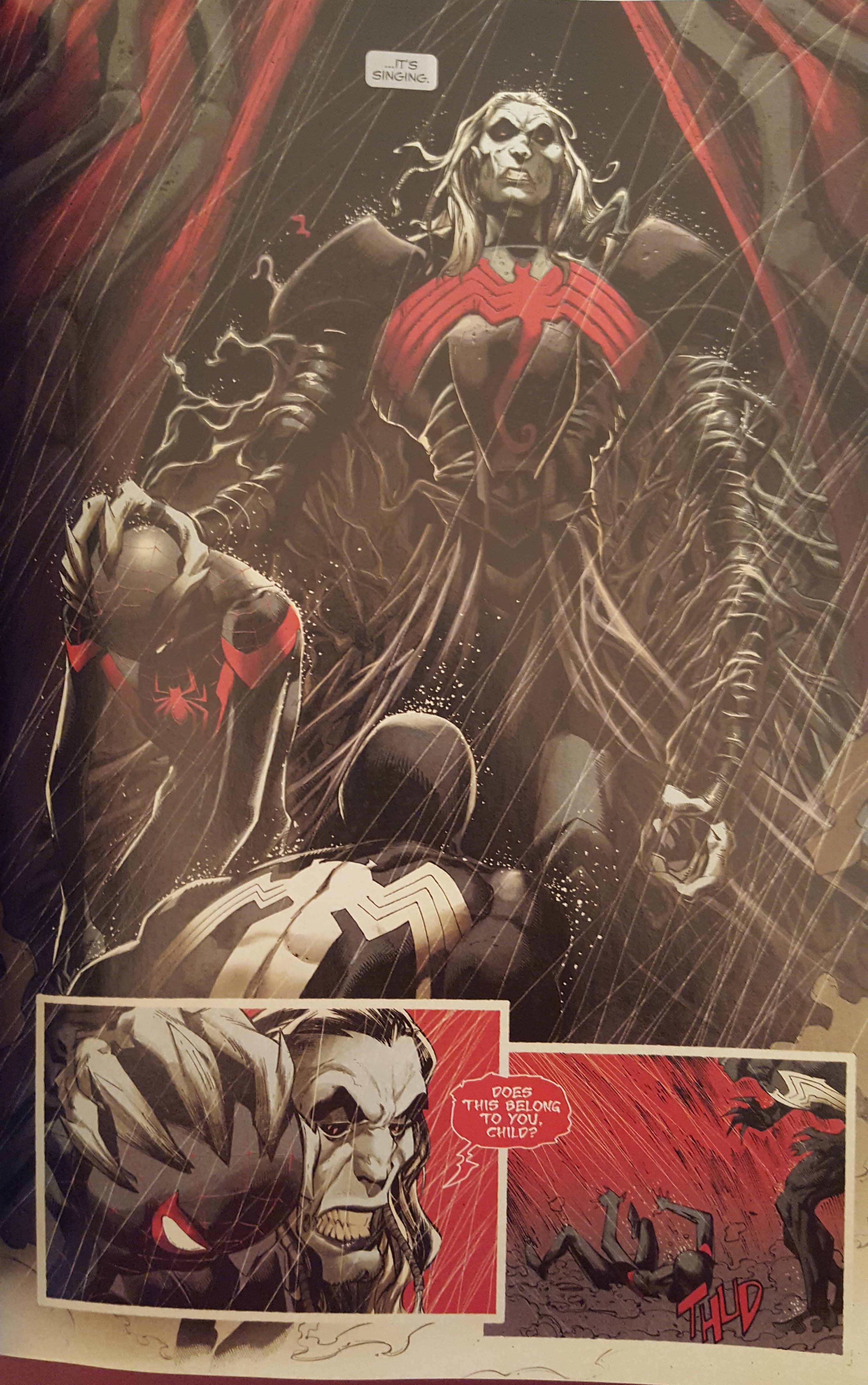 But what he does to Eddie Brock and Venom shows just how powerful he is. He tears the symbiote away from Brock and then performs some kind of power where he burns the humanity out of the Venom symbiote. 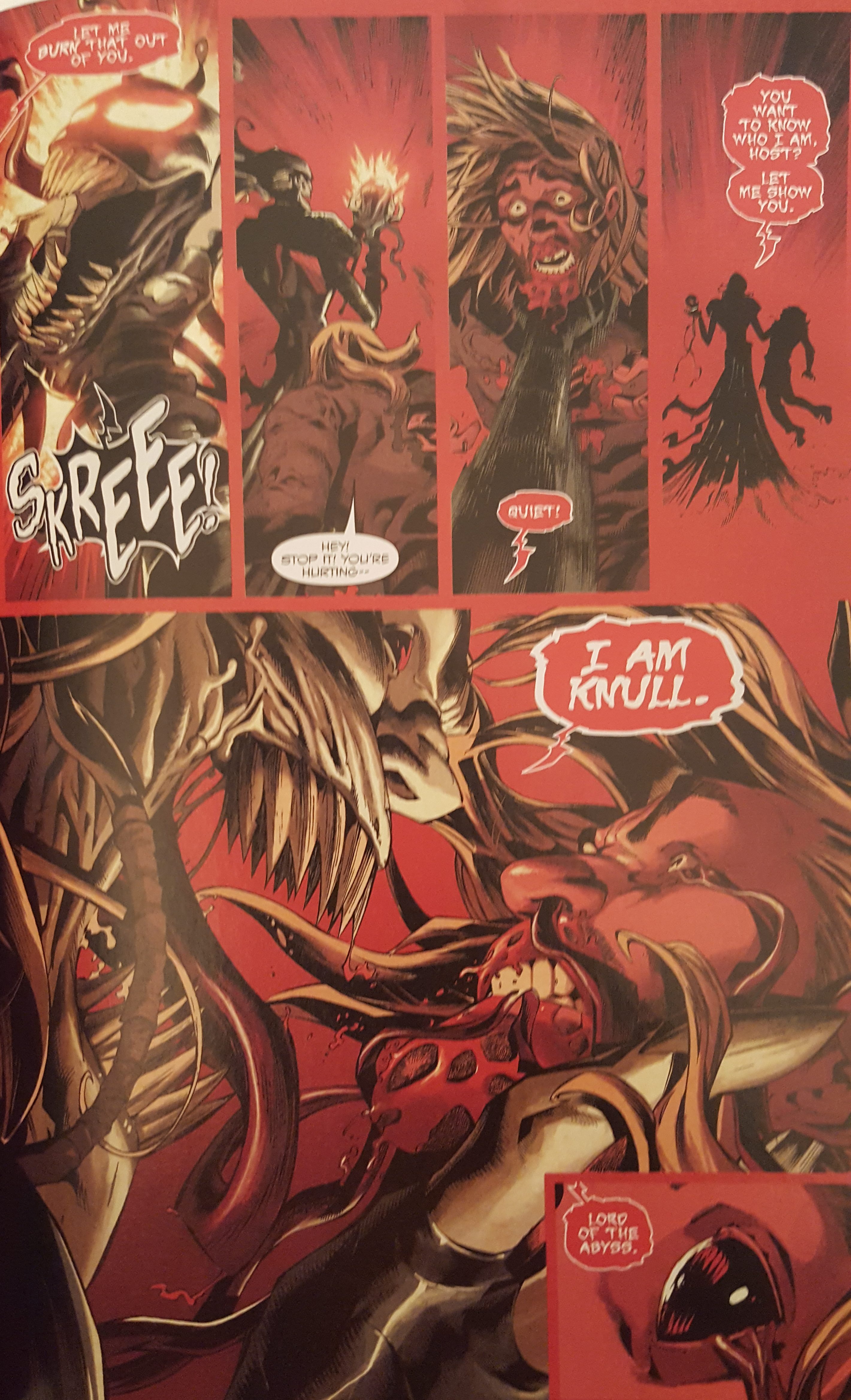 When Eddie tries to stop him, the being reveals himself to be Knull, Lord of the Abyss and god of the symbiotes. 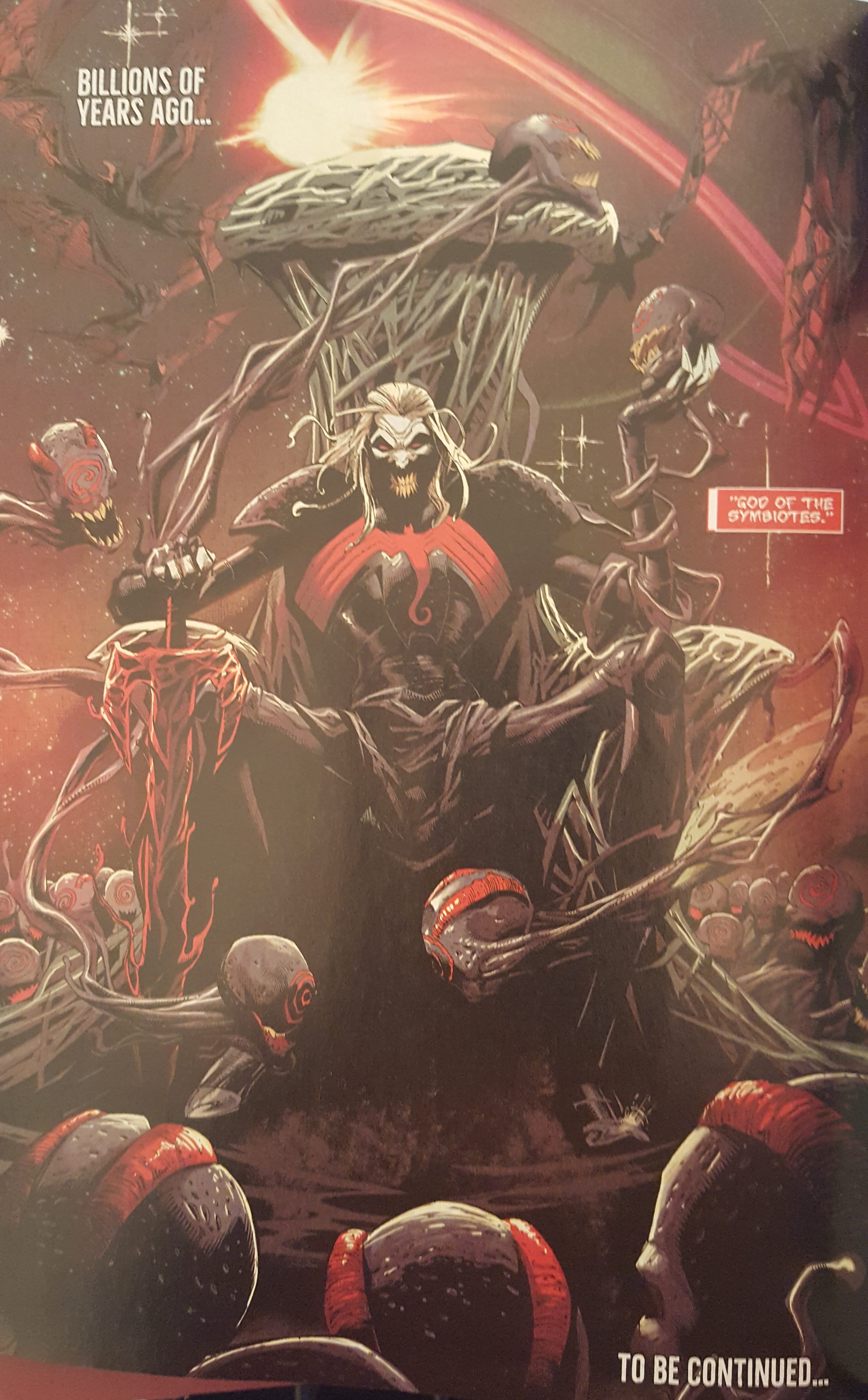 I think Eddie Brock might be barking up the wrong tree when it comes to facing down this guy.

The story is excellent. Not only does it have this excellent reveal, but there’s great character interaction between Miles and Venom. The two don’t really get along in the beginning, but come together in order to try and take on the bigger foe. It’s a tenuous partnership that Cates and company capture perfectly. The action is top-notch and the tone of the book from Stegman’s pencils to Martin’s colors give the book a very dark, horror vibe that gives you the willies as you learn about Knull and his awesome abilities. I highly recommend it!