**Warning Spoilers for Black Panther #2 Below**

Black Panther #2 by Ta-Nehisi Coates and Daniel Acuna continues off the promising first issue which jettisoned us more than 2,000 years into the future of the Marvel Universe. In this future, a Wakandan colony was established 2,000 years in the past on the outer edges of the cosmos. The colony grew to become a spacefaring empire known as the Intergalactic Empire of Wakanda.

The Empire rules with an iron fist, but a group of slaves known as the Maroons have revolted and are engaged in a rebellion against the Empire. Their members consist of soldiers who have taken on names of legends in Wakandan history like Nakia, M’Baku, and T’Challa.

These former slaves have become extremely effective in their raids and have been able to defeat the Empire on a number of occasions. They have destroyed vibranium depots, assassinated prominent politicians, raided gambling operations, and taken control of Wakandan freighters. Their continued success has brought the failures of the empire to its ruler who makes his home on the Planet Bast, which operates as the Throne World of the Empire. 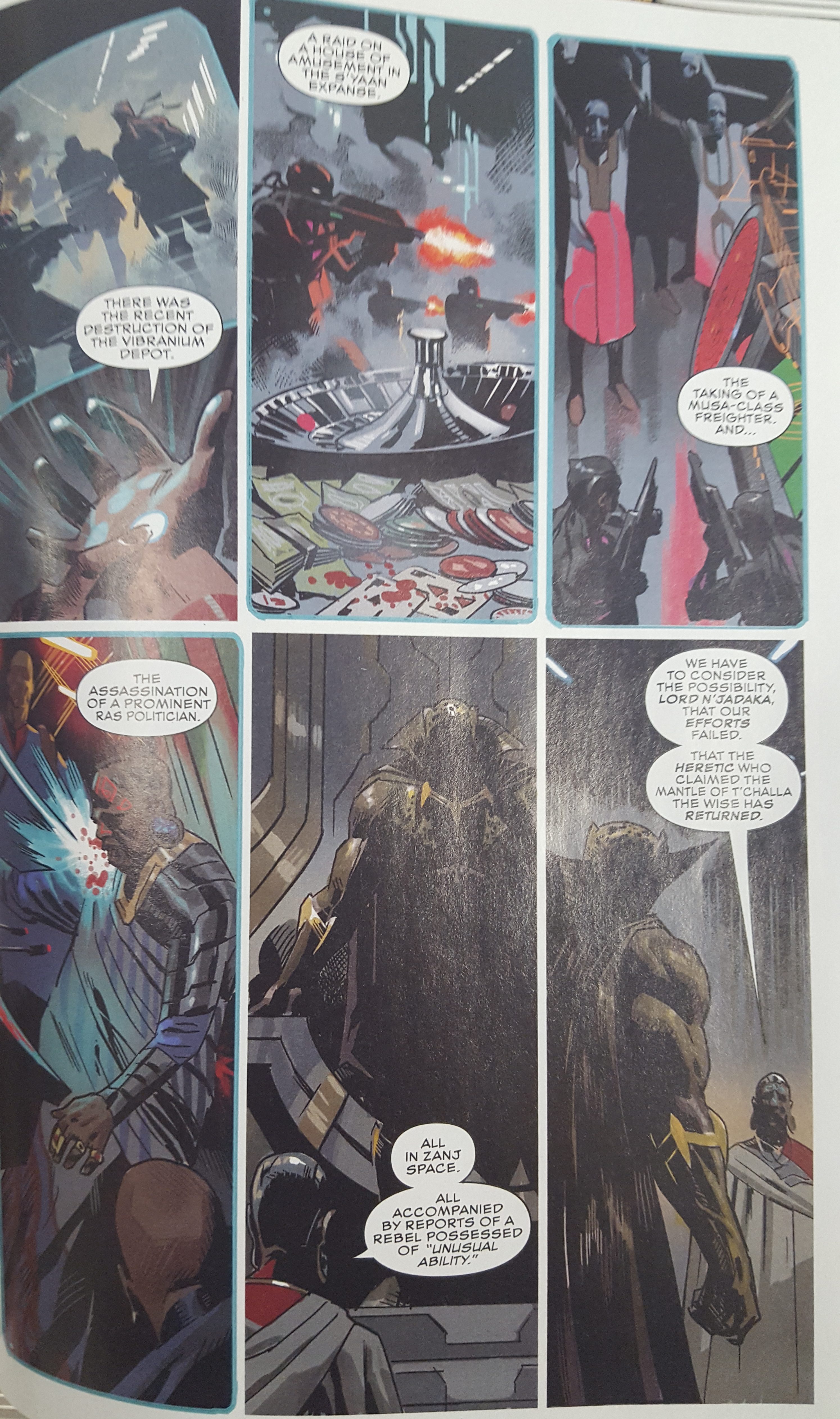 The Emperor known as Lord N’Jadaka is not pleased with his servants efforts in containing these former slaves and shows off just a taste of his power as he executes one of his counselors for the failures. But it’s how he executes them that shows off just how powerful this character is. He has very Spawn-like powers as his cloak almost takes on a life of his own and chokes the life out of the counselor. It’s possible this could be some kind of magic cloak or he could be using a symbiote. 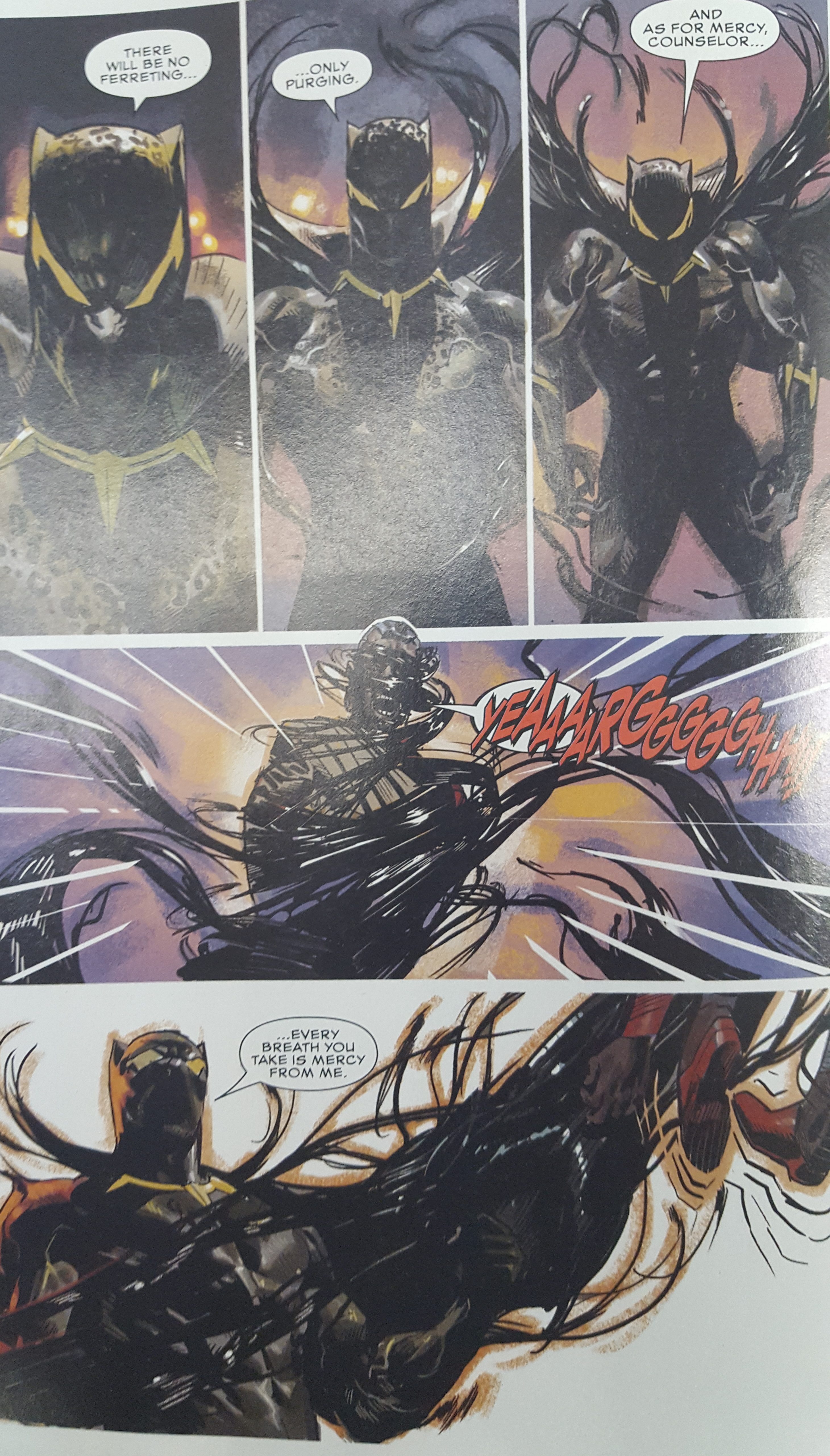 But let’s get back to Lord N’Jadaka. That name should sound familiar to Black Panther fans. If it does, it’s because it’s the birth name of Erik Killmonger.

Could this be the same Erik Killmonger from the past or like the slaves has he taken on the name of one of the legends of Wakanda? What do you make of his unique abilities?

Once again, this was another fun issue. It had a very Star Wars feel to it. Lord N’Jadaka is very similar to Darth Vader. He executes his subordinates who fail them by choking them out. But there’s also some fun space combat that is reminiscent of A New Hope as Luke defies the odds and ignores orders in order to destroy the Death Star. If you put a Star Wars skin on this book, it would fit right in. If your a fan of classic Star Wars you will definitely enjoy this one!