The first shows him full battle gear as he appears to be patrolling the streets of Gotham. The costume design looks absolutely fantastic with a darker tone to its colors. It’s not the bright red and green of Burt Ward’s outfit from Batman ’66. This version wants to ensure the criminals don’t spot him as he jumps from shadow to shadow. 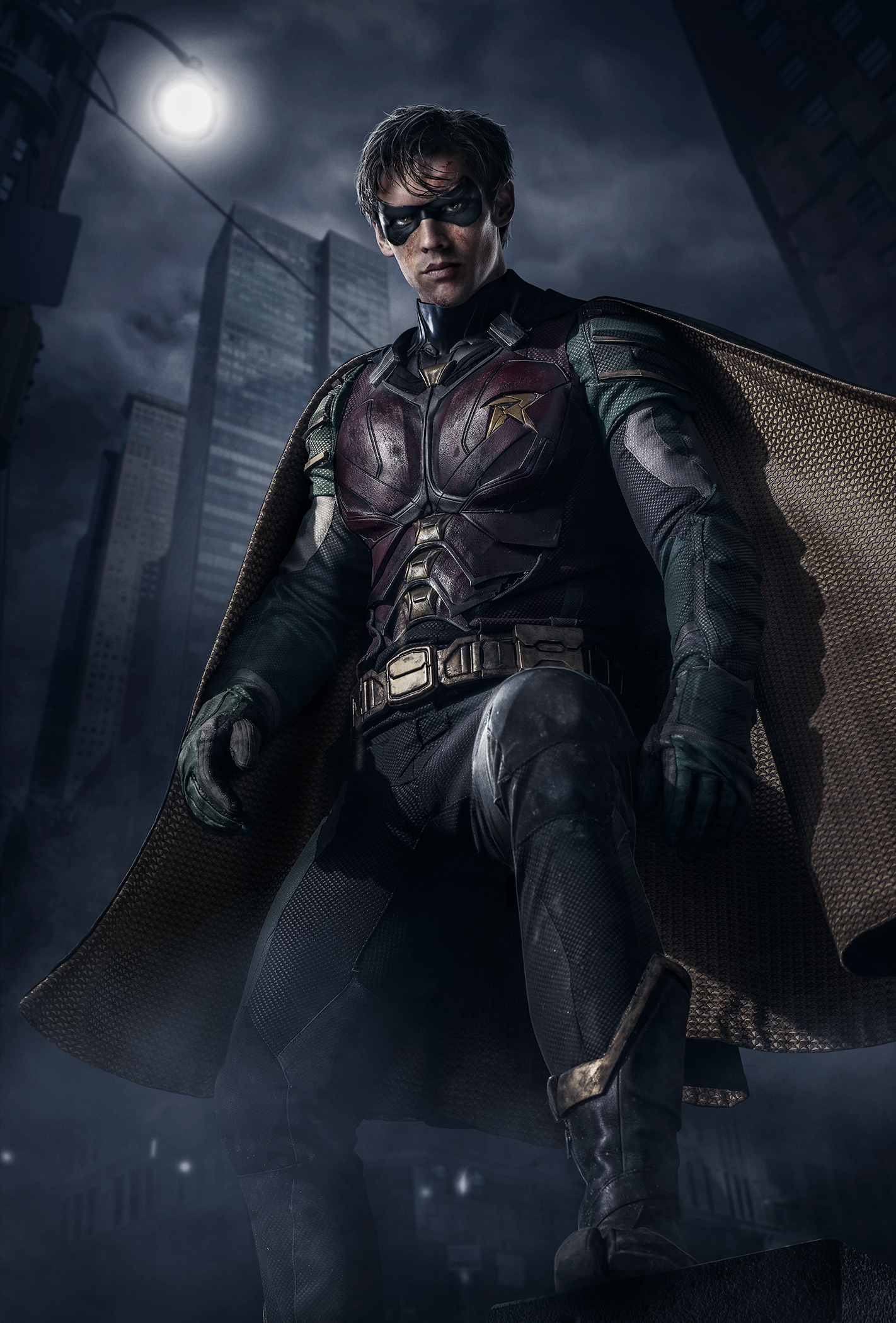 The second image gives us a close-up of Thwaites’ face. It’s dirty and grimy. There might even be some bloddstains. He’s even got some cuts and bruises on his lip, nose, and forehead. He’s definitely just been in a brawl with a criminal. There also appears to be some blood spatter on his suit. You can see a number of red dots across his chest and even one on his Robin logo.

His expression is also dour and grim. He’s ready for business and isn’t messing around. You can almost see an inner rage just waiting to break free. 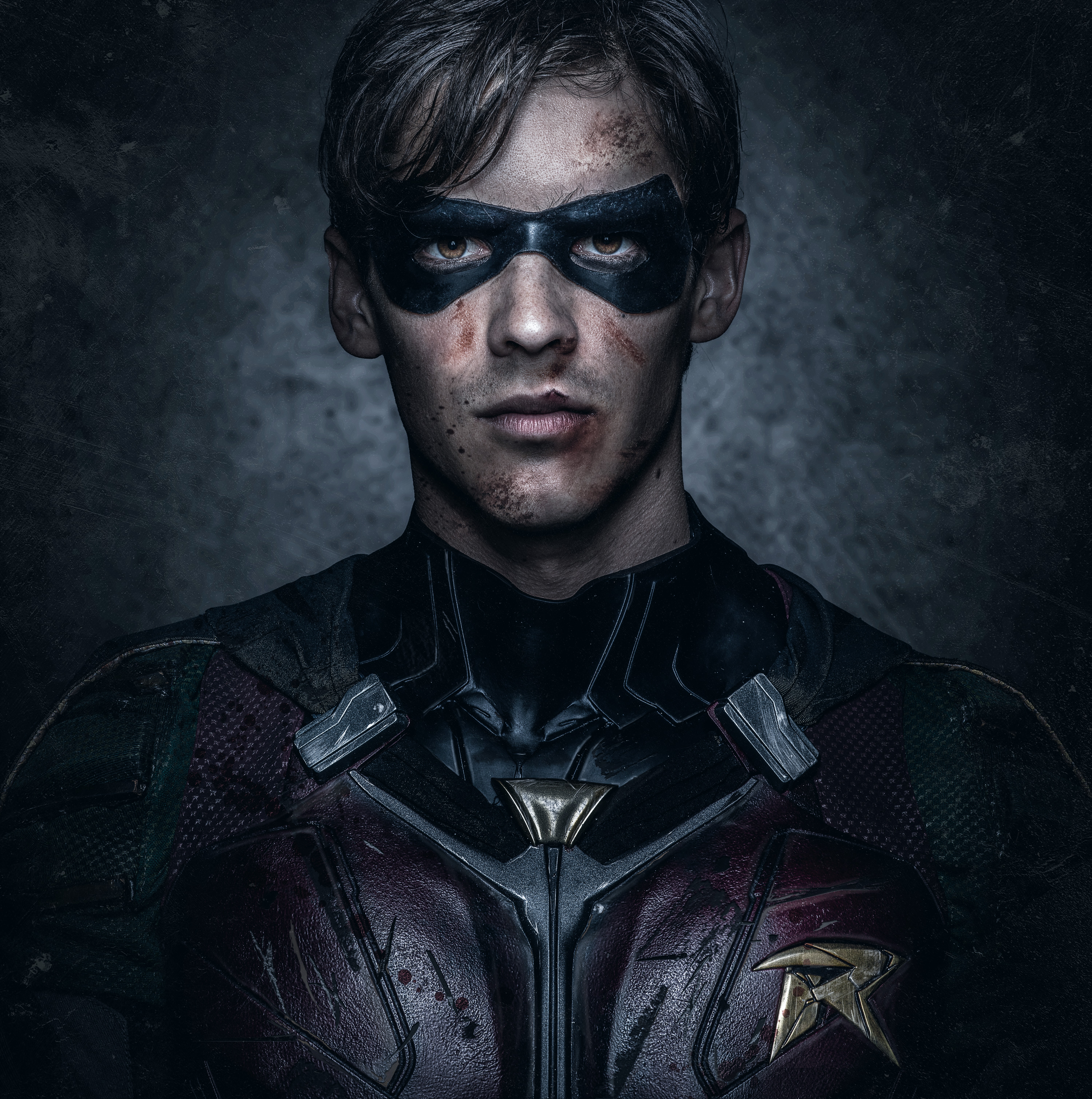 These two images hint the show might have a very dark outlook, maybe even more grim than The CW’s Arrow. It would be a welcome surprise and could provide stiff competition for Marvel TV’s Netflix series which also shows a much darker part of the Marvel Universe with Daredevil, Jessica Jones, Luke Cage, and Punisher. I for one would welcome a return to a darker side of the DC Universe and the Titans could be the perfect show to begin exploring that.

These images also showcase a different vibe from the set photos of Beast Boy and Starfire. Those photos didn’t give anyone a good first impression.

What do you think of these new photos of Robin for DC’s Titans series? Do they give you hope for the new show or are you still on the fence?