Outpost Zero is a new title from Image Comics that gives us a glimpse of life inside some kind of giant bio-dome placed right in the middle of an uninhabitable, frozen wasteland. Life seems to be manageable, if not exciting for its residents as people learn their place and do not question what their role in keeping society running. That is, until some plucky youths stir the pot by stepping a little out of line and not quite conforming to what their community expects. Sound familiar to you? Yeah, me too.

For what it’s worth, the premise for Outpost Zero is not bad. The idea that a community of survivors exist self-sufficiently on the face of some unidentified frozen planet is a setting that is ripe for interesting stories. Writer Sean Kelley McKeever starts things off mysteriously, and even a little confusingly as we’re thrown right into the middle of a character’s emotional crisis. We’re given absolutely no idea who the boy is, what his connection to the hologram is that he’s watching, or why he is so broken up about it. It’s an intriguing way to start our time with the book, but unfortunately, I feel that the rest of the story falls a little flat. 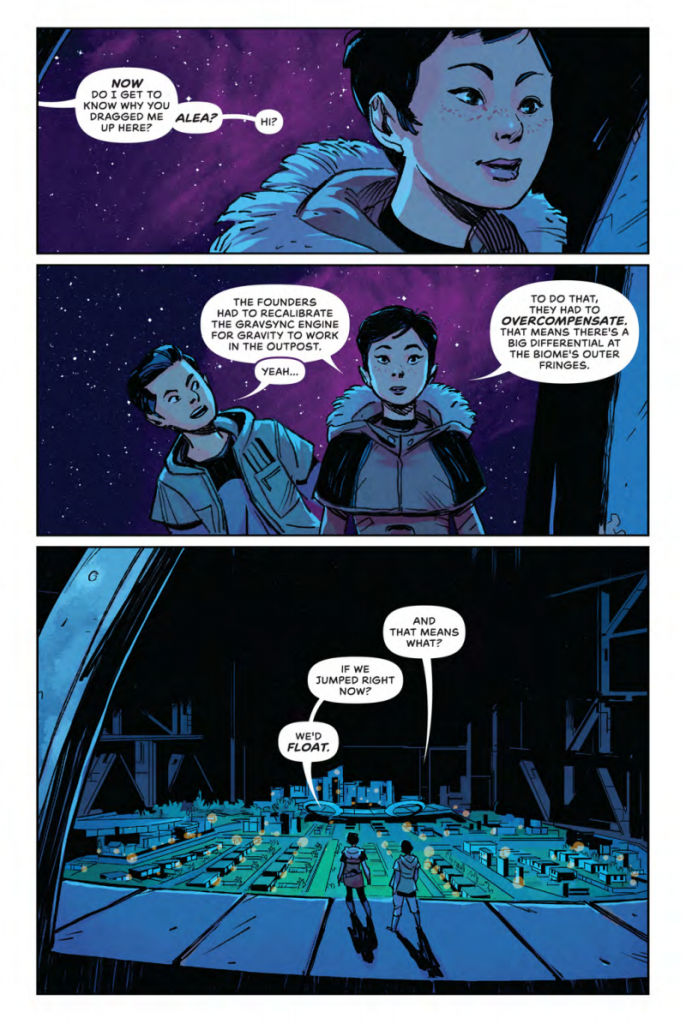 We’re introduced to a plethora of young characters, most of them seemingly late high school age, and it’s obvious that their relationships with one another and the drama of their lives will be the driving force of this comic going forward. Depending on who you are that may or may not be a good thing, but for that to work it’s up to the writers to create likable characters and for the most part, McKeever has done that. All the kids come off as pleasant enough people and they are all a mix of races and nationalities and they are all sweet natured except for the (gasp!) blonde-headed white kid who is a despicable jerk for no good reason.

Their relationships with one another carry most of the story, but there is more at play here. The outpost itself is eventually besieged by some unknown, destructive force and although we are given absolutely no insight into what in the world it might be, the characters themselves seem to be familiar with it and moderately prepared for it. A little idea of what they’re up against would have been nice because we get almost no other exposition regarding the universe at all.

We have no idea where this place is located, what planet it’s on, what happened to everyone else, or if there even IS anybody else. I can appreciate that in the first issue the creators don’t want to show their hand, but if a book is going to play things that close to the vest, the rest of the story needs to really engage and hook the reader and I don’t feel like Outpost Zero excelled at that. 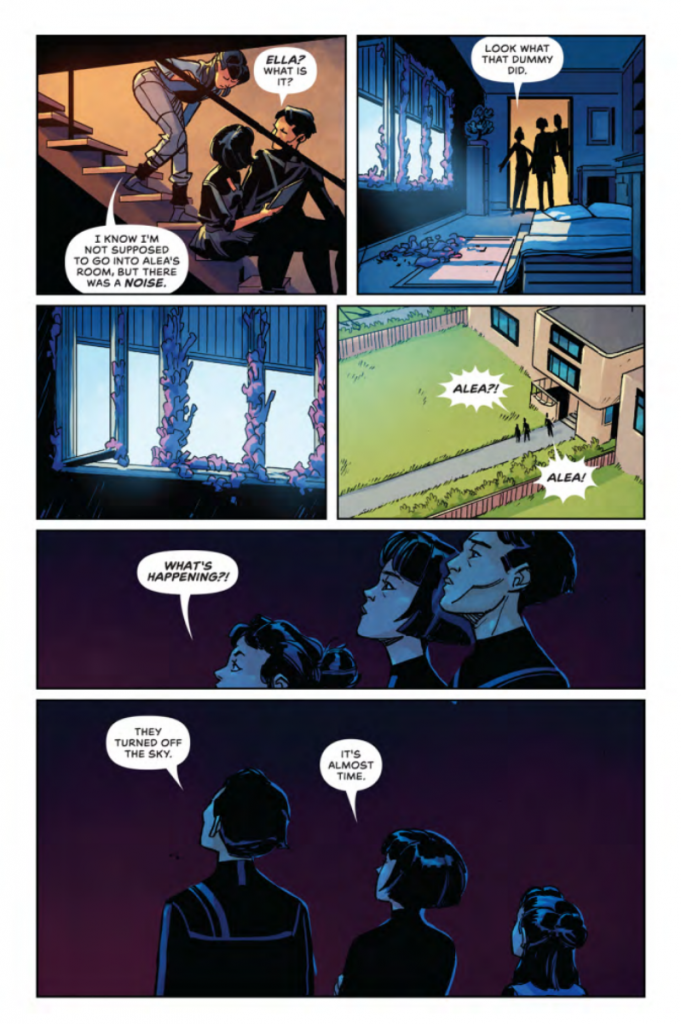 The characters, while largely likable, were not given enough substance to make me really care about them. I didn’t understand their motivations and I wasn’t able to identify with any of their circumstances. Everything was too surface level and it didn’t help that most of the story relied on common tropes from a thousand other young adult stories that showcase youths bucking tradition and fighting to walk their own road. It’s not a bad sentiment, it’s just that we’ve seen it so many times before. Also, at least two characters turn seemingly suicidal by the end of the book and I still have no idea why. Confusing.

The art by Alexandre Tefenkgi and Jean-Francois Beaulieu is, like the book itself, good but not spectacular. It gets the job done and effectively showcases the harsh frozen landscape as well as the outpost itself, it just doesn’t jump off the page and “WOW” you. It’s good artwork and coloring to be sure, it’s just not going to blow you away.

This story could really take off over the next few issues and if it does, I’ll be happy to be along for the ride. As it sits now though, I don’t feel like the first issue did enough to sink its hooks into the reader. The last few pages were captivating and I do want to find out what in the world happened, but I also had a hard time connecting with the characters and in a book that relies so heavily on the reader’s desire to do so, that could be a problem.