DC Comics will introduce a brand new team for their Teen Titans book which will see the New 52 Suicide Squad writer Adam Glass taking the helm. Glass will be joined by artist Bernard Chang.

Glass revealed the new team line-up while talking with DC All Access. The discussion about the new team begins at around the 9:20 mark.

The team will be led by Damian Wayne.

Glass explains that Damian won’t be playing by his Dad’s rules anymore. He will come out of No Justice wanting to fight crime a little differently and based on some of the images, he will be getting a little more violent and won’t be afraid to torture people in order to stop crime. 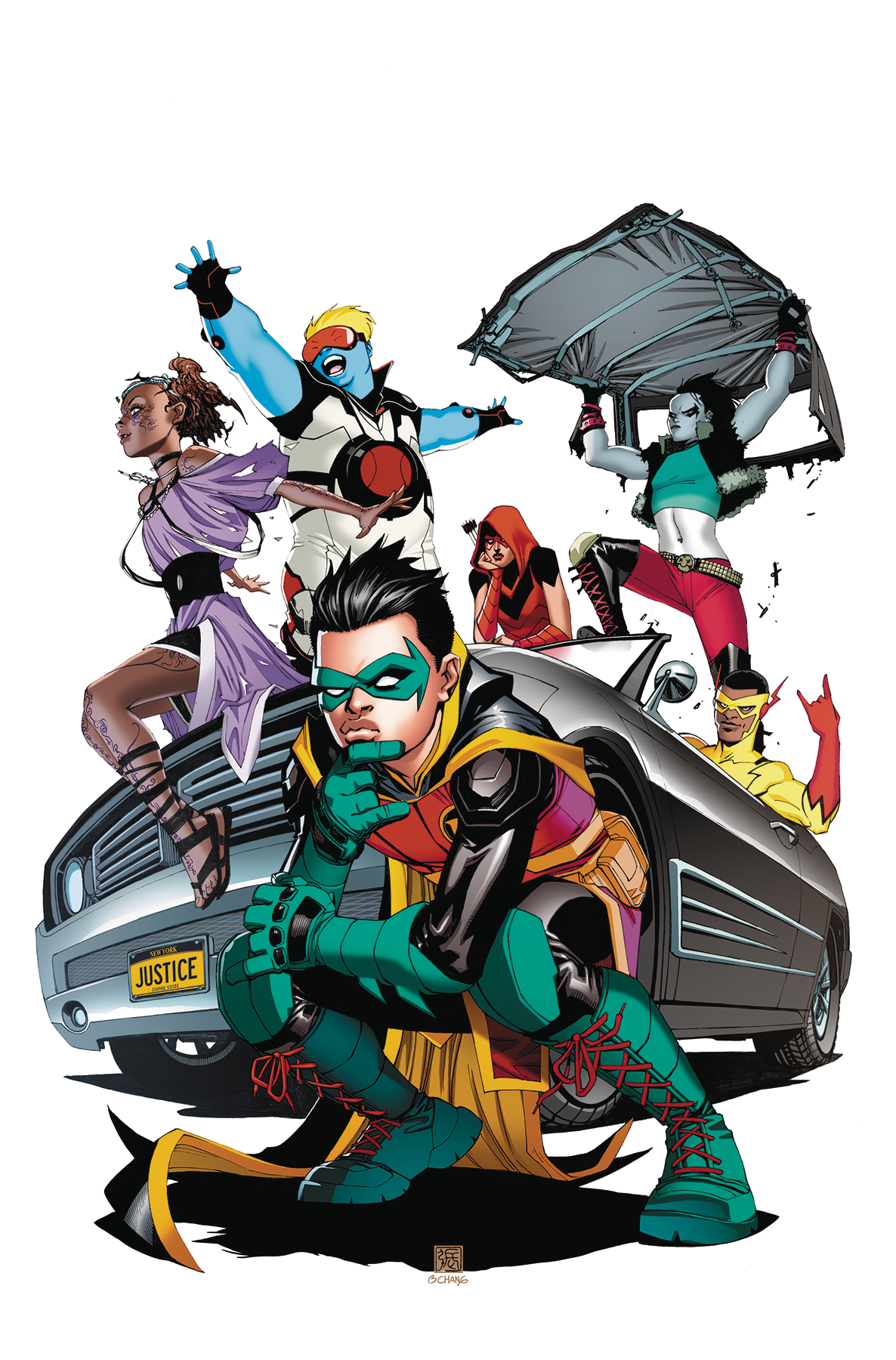 He will be joined by Wallace West a.k.a Kid Flash and Red Arrow a.k.a Emiko Queen. Glass describes Red Arrow as like a sister to Damian because they have such similar backgrounds being raised by assassins.

There will also be three brand new people that will join the team. Lobo’s daughter, Crush. Glass describes her as “girl rage.” He goes on to compare her to “Girl Fight Club.”

Jinn will be the next member. Glass says she might be 8,000 years old, but she was enslaved for most of her life. She’s still a thirteen year old girl.

The last member of the team is Roundhouse. Glass describes him as the jokey, comic relief type character.

Glass confirms his run on the book will show how this new team came together. He specifically points out that they all share the same philosophy in how to fight crime in the modern time. But he also hints that the characters are still impressionable and moldable as many teenagers are. It will allow Damian to really direct the team in the direction he wants to take it. 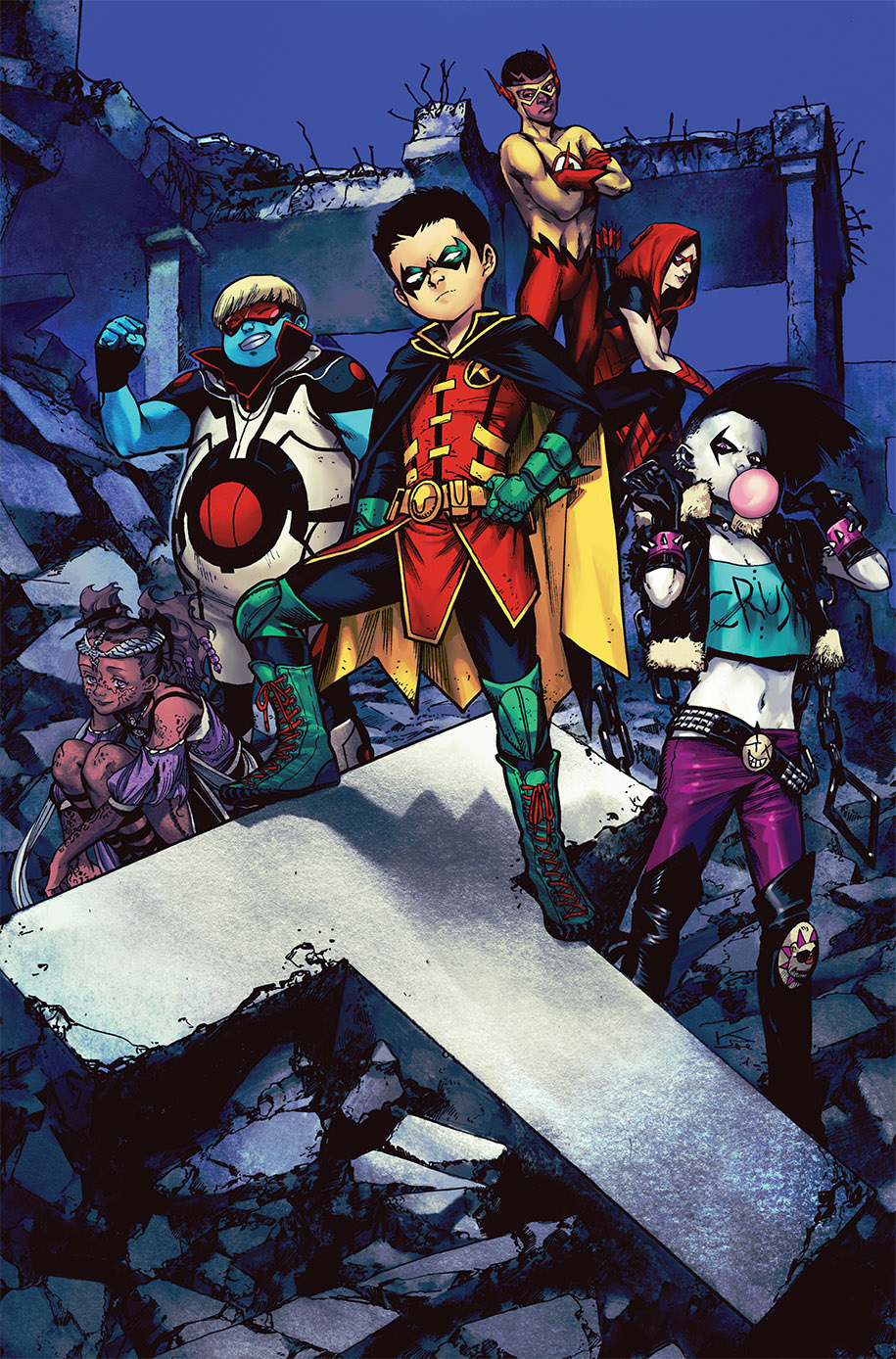 As for who the team might be taking on, a number of the images indicate they will be taking on Roman Sionis a.k.a Black Mask, a formidable opponent.

The new lineup will first appear in Teen Titans #20 which hits comic book shelves on July 25, 2018.

“Batman has no idea what he’s doing. Superman? Not a clue. Wonder Woman? Whatever. Damian Wayne is Robin, and he’s done with the bleeding-heart approach favored by the heroes of the senior circuit. New plan of action: recruit a new Teen Titans. Kid Flash, Red Arrow and newbies Roundhouse, D’jinn and…wait, Lobo has a daughter? That’ll end well. And then build something in secret deep beneath the new Teen Titans HQ. Secret from his teammates, secret from even Batman. It’s a secret that will change the way you look at Robin forever!”

What do you think of the new Teen Titans lineup? Are you excited to see what these characters can do together?