In the pages of Infinity Countdown: Champions #2 written by Jim Zub with art by Emilio Laiso and colors by Andy Troy, RiRi Williams a.k.a. Ironheart gets a huge dose of reality from the Mad Titan, Thanos.

Following a battle against the Chitauri Warbringer, RiRi Williams takes it upon herself to confront Thanos head on. She wildly reacts to Thanos’ taunting saying, We save your soldiers, pal. The least you could do is show some gratitude. Who do you think you are?!” 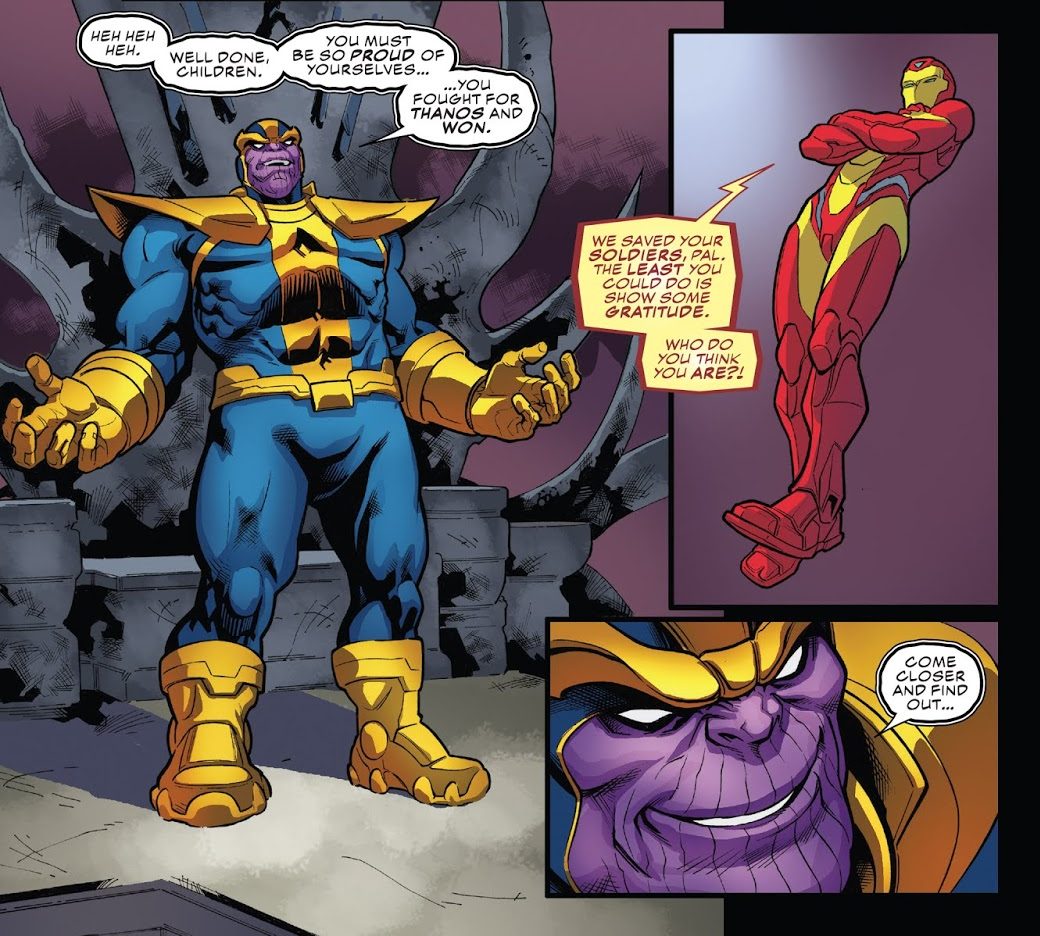 Thanos then tells her to come closer and find out. RiRi Williams obliges and charges head first at Thanos. It doesn’t work out. 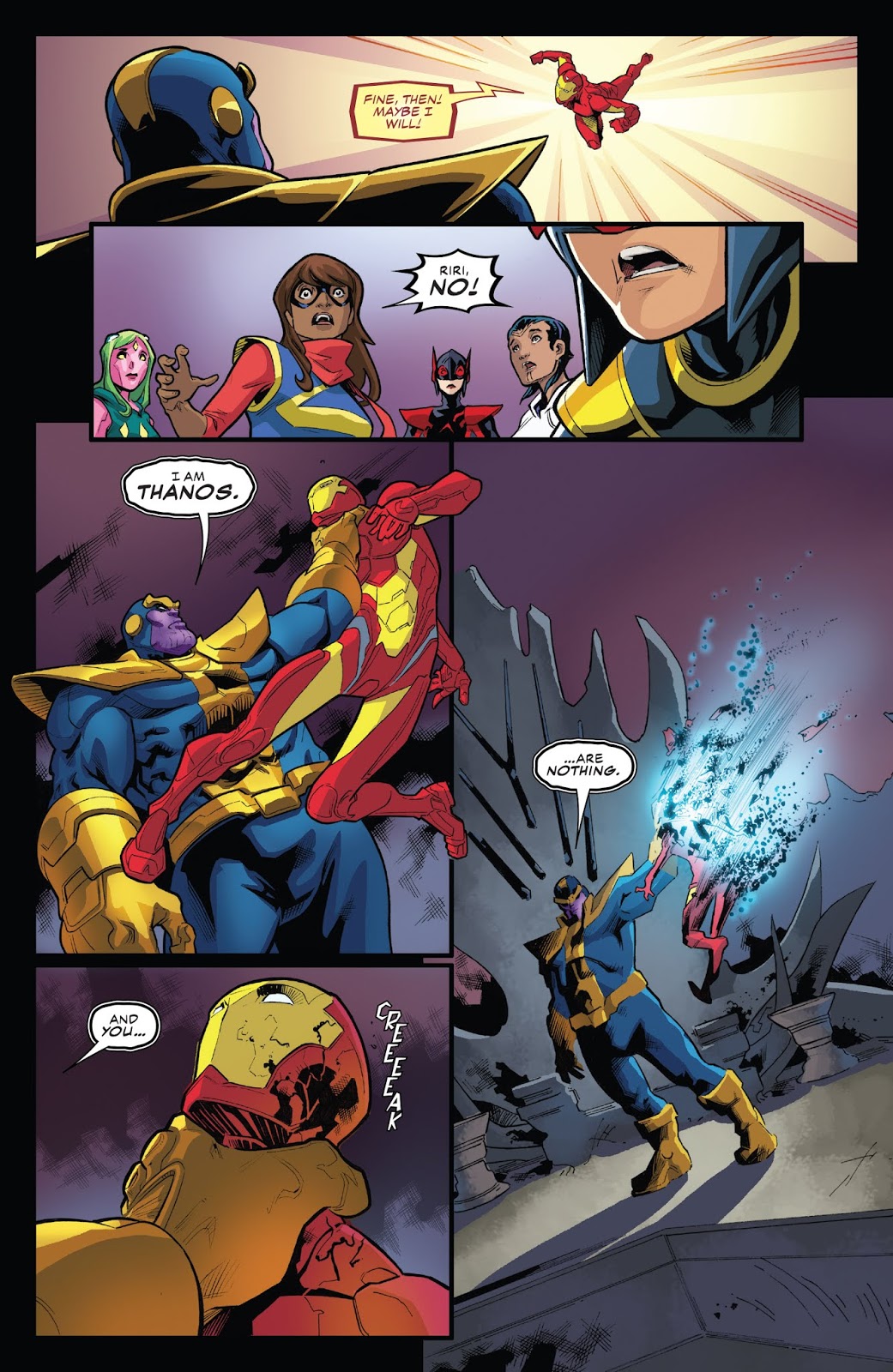 Thanos grabs her by the neck and then completely disintegrates her armor. He then holds her up seemingly about to snap her neck in half.

But in what appears to be an out-of character moment Thanos lets her live because she helped defeat the Chitauri Warbringer. 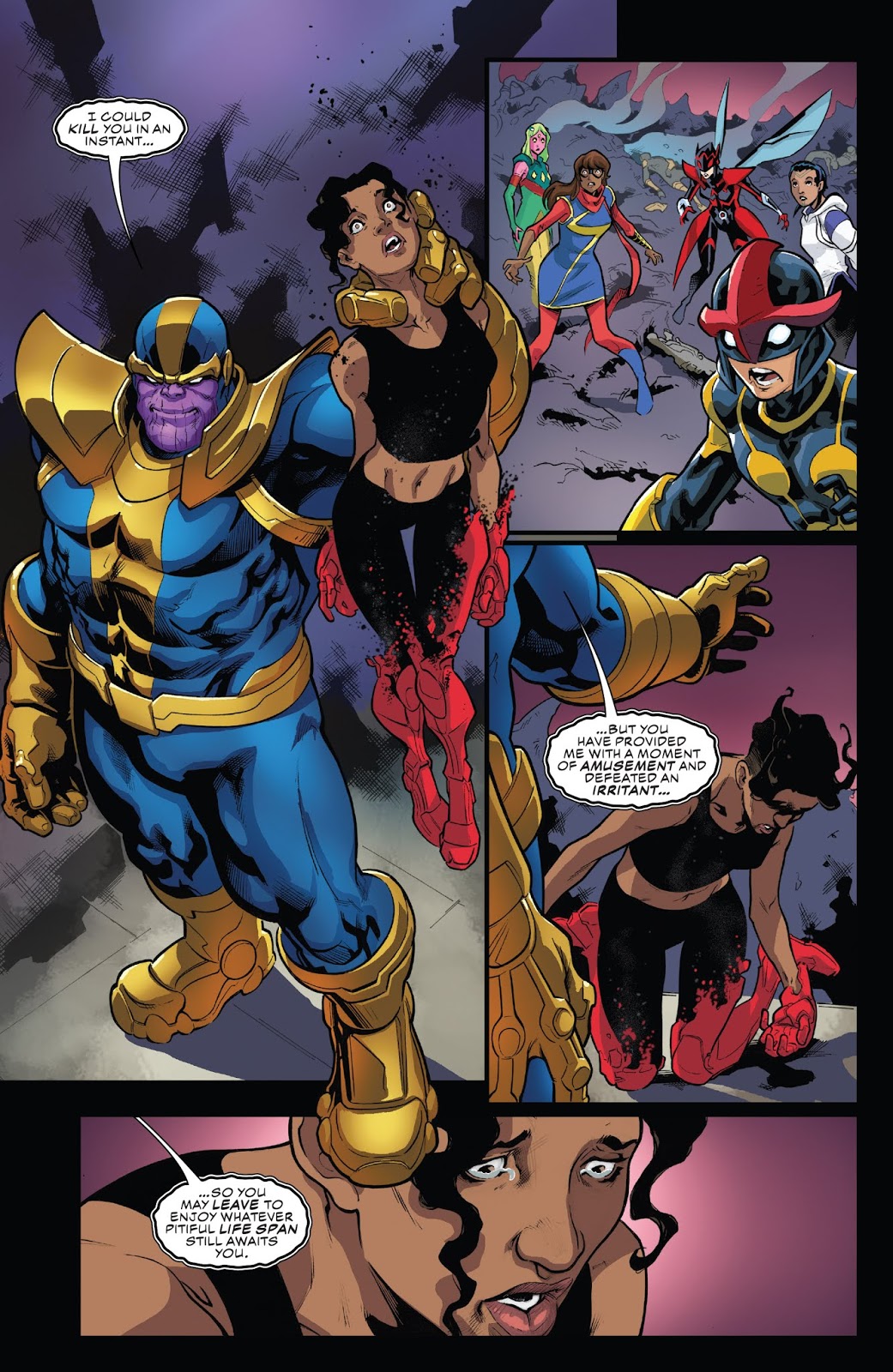 Upon being released from Thanos’ grip, RiRi Williams breaks down in tears. When the rest of the Champions team gets back on board their ship, RiRi Williams secludes herself and huddles up in a ball on her bed.

However, she would eventually recover from the shocking defeat and the glimpse at death when her teammate Viv comes to comfort her. The two begin thinking about new designs for a new suit. 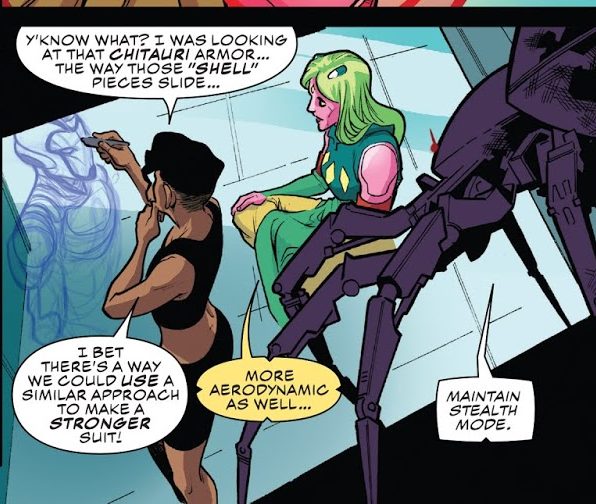 However, Thanos showed RiRi Williams she’s got a lot of learning and work ahead of her before she can even imagine trying to take on the Mad Titan again.

The Champions might have been able to defeat the Chitauri Warbringer, but they have a long ways to go before they can even hope to touch one of Marvel’s more powerful characters like Thanos.