I don’t know who doesn’t love a good revenge story. Whatever media it may reveal itself in, revenge tales are always ripe for relatable protagonists and the always pleasant experience of seeing jerks get what’s coming to them. It’s nice for heroes like Batman to work within their self-governing rules to avoid the extremist measures, but sometimes you just wanna see someone exact vengeance by wiping out the bad guys in the most creative and gruesome ways possible. Gun Ghoul #1 hits all of these marks and then some, with only a few hiccups along the way.

The story of Gun Ghoul starts off with a flashback to an elite team of military personnel betraying, and leaving for dead one of their own. Flash forward five years and the city’s criminals are scared for their lives as someone is hunting them down one by one. It’s a classic setup for a revenge-driven story, but we have no idea who the killer is. All we know is that it’s a supernatural predator known as the Gun Ghoul and he is a fantastic protagonist who almost makes this book worth reading just by himself. 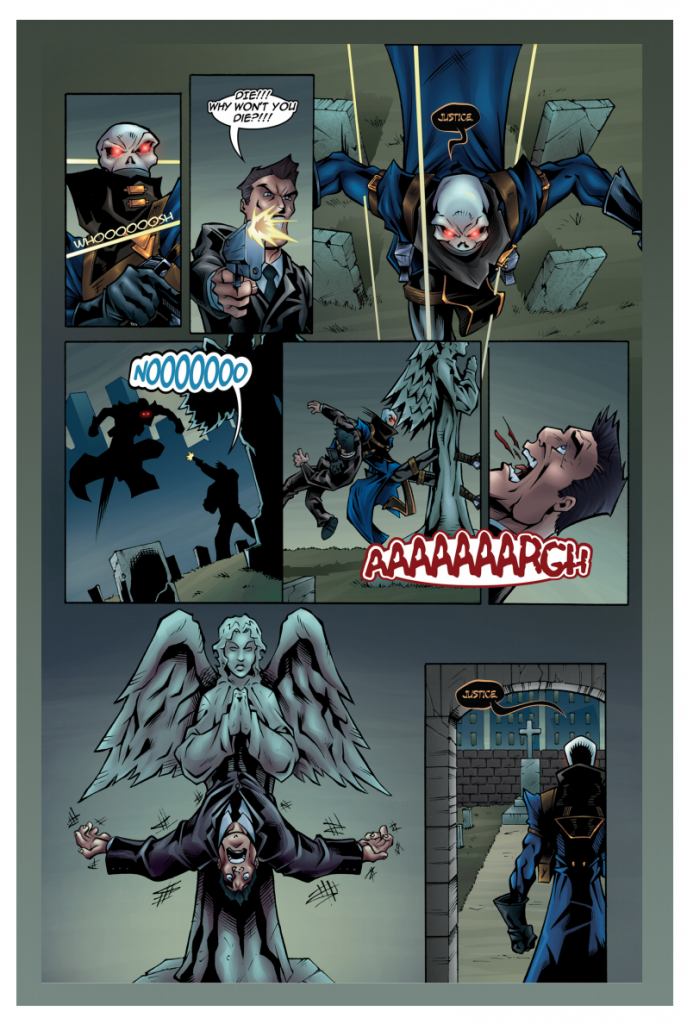 The strength of any story, comic or otherwise, hinges on compelling characters and Gun Ghoul himself fits the bill. Both thematically and aesthetically he evokes the spirit of both Ghost Rider and The Punisher as he doles out justice and punishment for those whom the law can’t seem to reach. It’s a great deal of fun watching him instill fear into the villains and seeing the way he is able to eliminate them using conventional means, such as guns, and marrying it with his supernatural abilities. One kill he inflicts involves phasing through a statue and it is indeed a creative and satisfying thing to behold. He does it all as a menacing and stoic phantasm devoid of all emotion, save for rage, and is appropriately mute during the run of it, only every so often muttering menacing, one-word sentences.

It’s all the more impressive that the entirety of the slaughter takes place with a very limited amount of blood and gore. There’s some there, to be sure, but Gun Ghoul doesn’t leave much of a mess behind and it’s a testament to the creative team’s ability to use violence to tell a story without exploiting it.

The rest of the cast is equally as entertaining, even if we do not get much time with them. This is, apparently, a world in which beings with super powers are common and some of them (called meta-primes in this universe) use their powers for things like detective work, such as the female federal agent, Agent Justice. The main villain, Mr. Steele, is also appropriately heinous and threatening. I’m not so sure about the strange metal contraption on his face, but he does promise to be an entertaining foil for the heroes going forward. Various other characters show up and display a little promise here and there, but they are sort of blink-and-you’ll-miss-them appearances and you do not get a great feel for them. Hopefully, we’ll get a better chance to see these promising characters in action later. 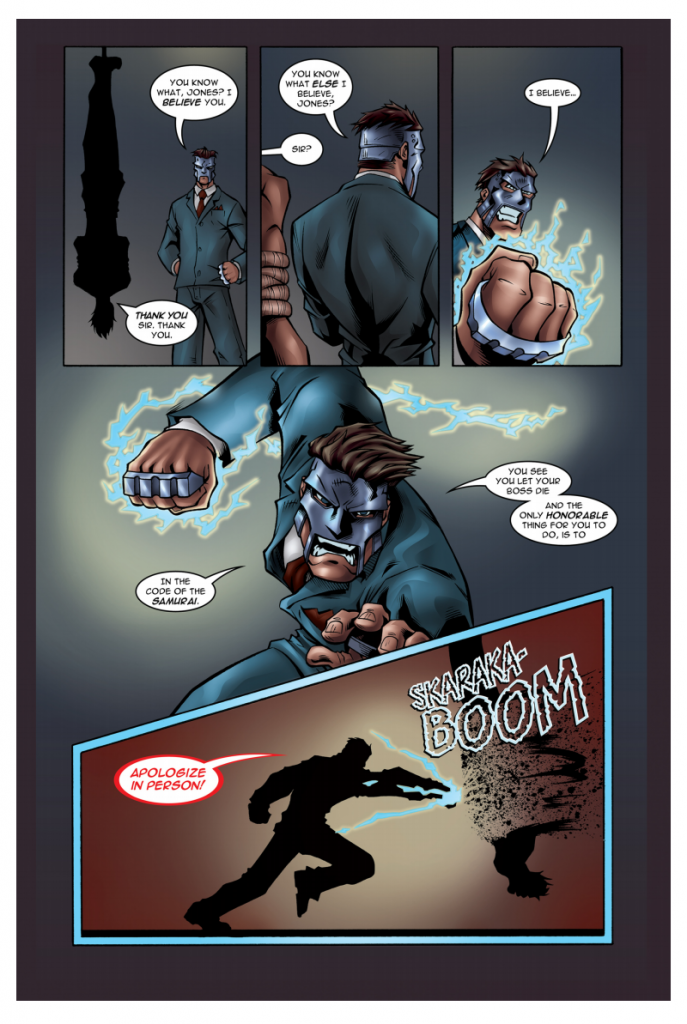 The artwork is very good here. Channeling the spirit of Joe Madureira, artist Bob Raymond manages to infuse the dark and gritty story with a stylized, even cartoony aesthetic that manages to work astonishingly well. Coloring, on the other hand, isn’t the best as it comes off too digital and a little generic. It’s not bad and it may not stick out to anyone else, but personally, it’s a bit of a sticking point. Luckily, it ruins absolutely nothing about the fun story and fantastic art.

Besides the fact that the entire thing seems a little too rushed, Gun Ghoul is a good deal of fun and a great first issue to kick off a story. It’s filled with fun characters, a despicable villain, and fantastic artwork all set against the backdrop of those revenge stories that are so satisfying to watch play out. If subsequent issues can slow down just a bit and give us substantial reasons to care about these characters instead of us just thinking they’re cool to look at, then Gun Ghoul could prove to be a must-read book!