Samuel L. Jackson, who will be reprising his role as Nick Fury in the upcoming Captain Marvel film, recently took to Instagram to reveal a brand new cast and crew hoodie.

The hoodie looks rather unsuspecting at first. It has both the S.H.I.E.L.D. crest and Captain Marvel’s symbols emblazoned in intertwining flags on what appears to be a spoof of family crests.

However, what does stick out is the cat between the Fury and Danvers’ signs.

Adding this Captain Marvel cast & crew hoodie to the rotation!#thanksbrie&me#errrbodyearnedtheirstripesonthisone#higherfasterstronger

You are probably wondering who that cat is. Well, it’s most likely that it could be a reference to Carol Danver’s cat, Chewie.

Chewie first appeared in Giant-Size Ms. Marvel #1 when she came under attack from Sir Warren Treveler while trying to rescue a number of people from a burning building. 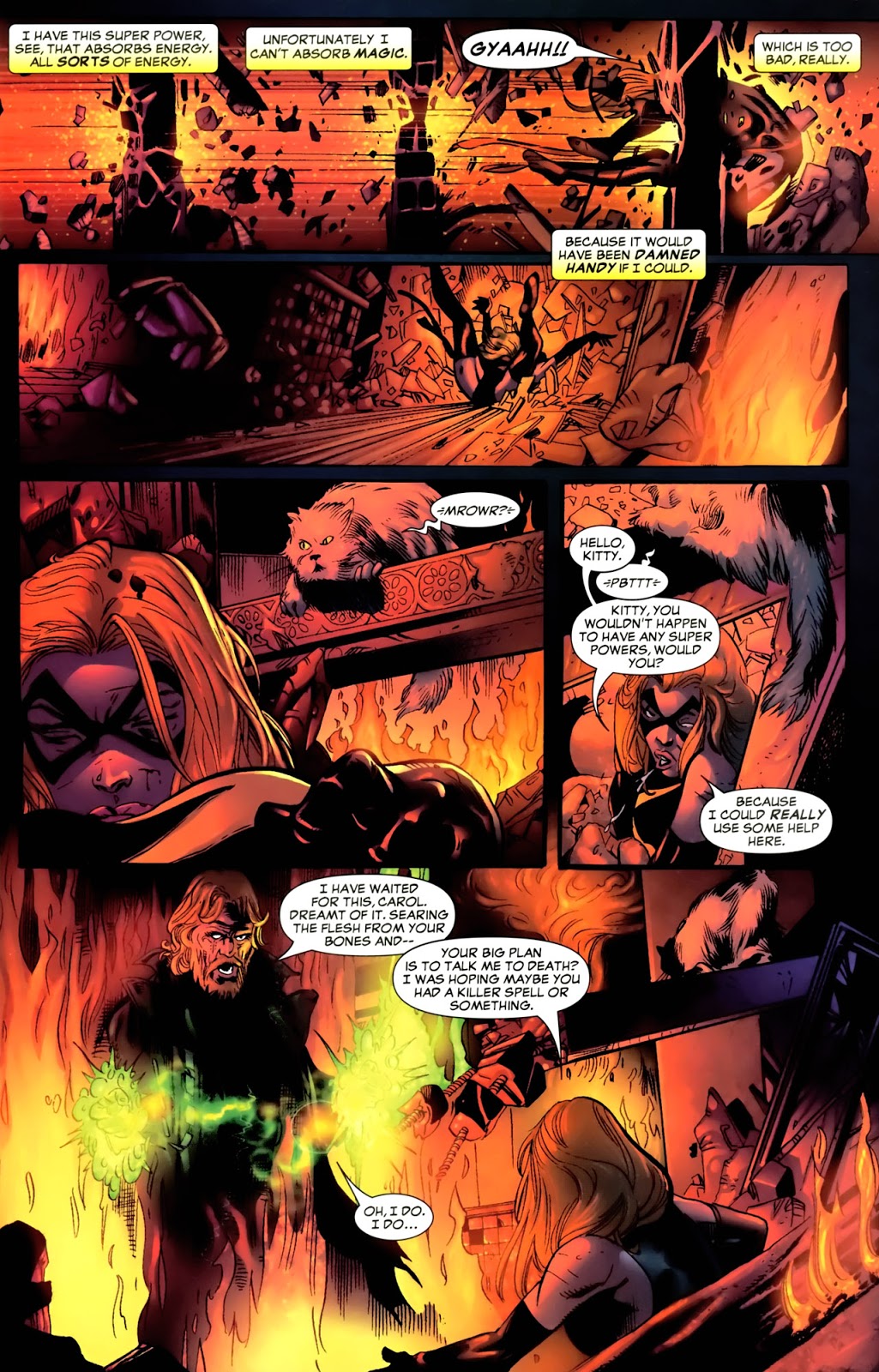 Carol Danvers was getting her butt kicked when she used the cat as a distraction to escape from Travelers’ devastating magic attacks. 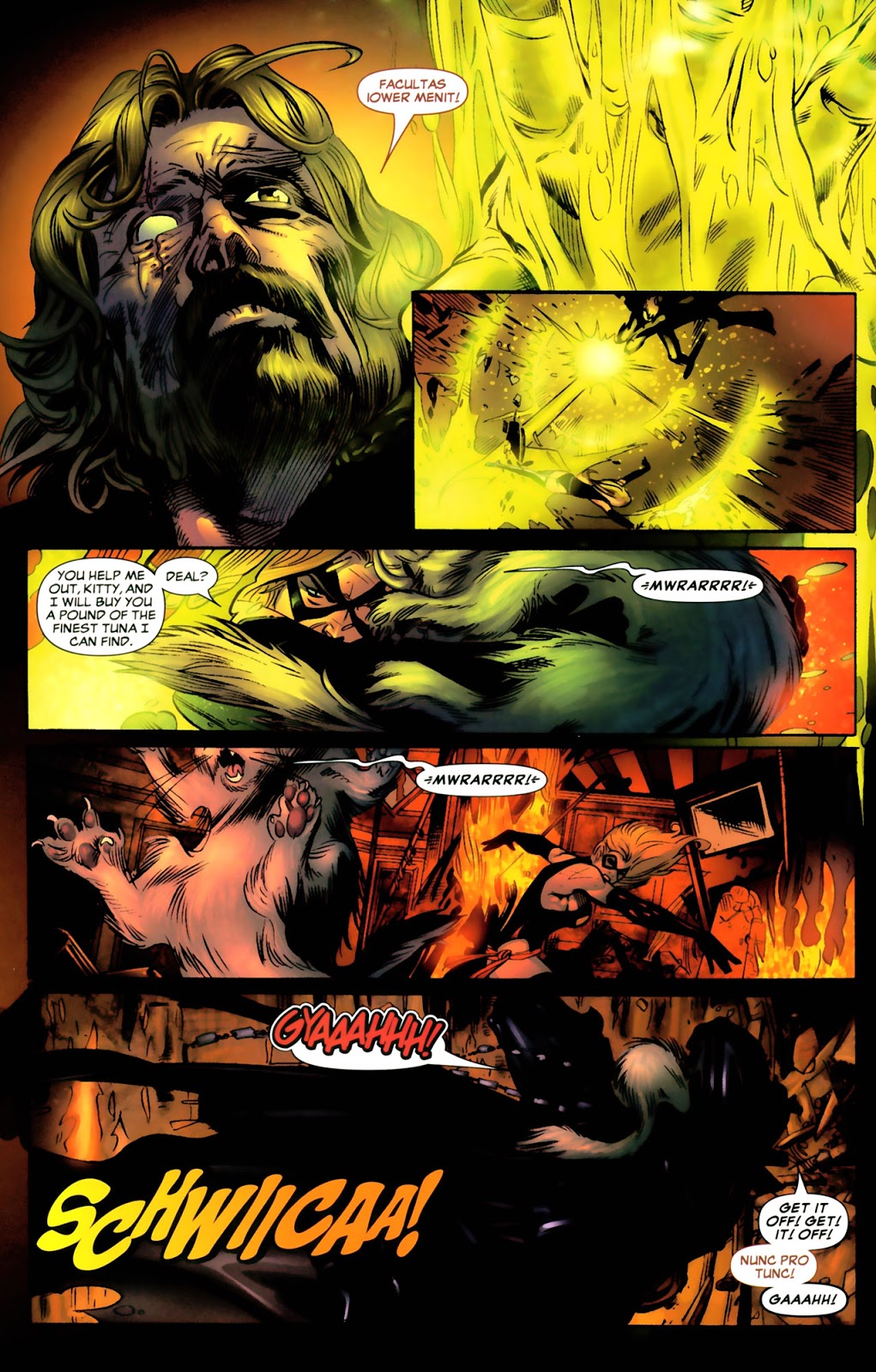 Chewie would later be revealed to be an alien species known as a Flerken. And it would be none other than Rocket Raccoon who would let us know. 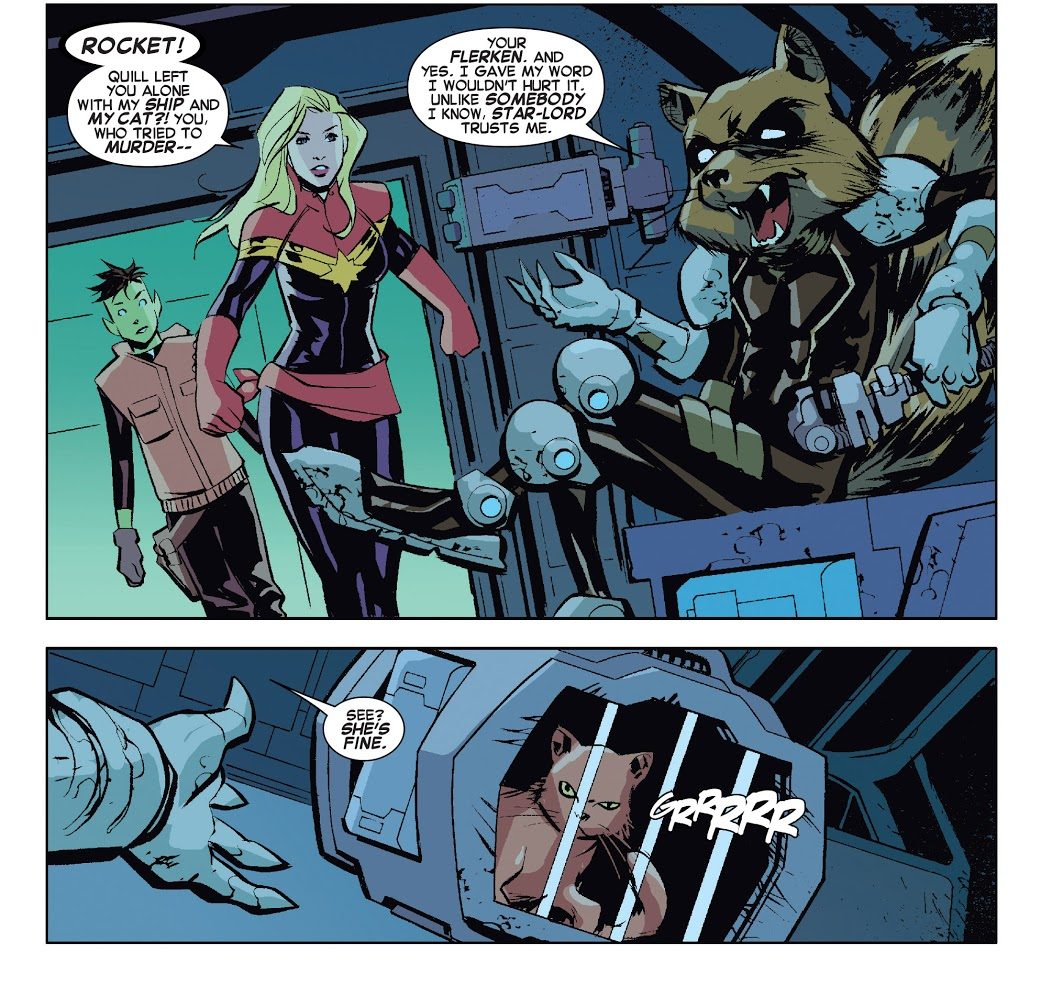 Not only would Chewie have a number of babies will traveling with Captain Marvel throughout space, but her power set is pretty awe-inspiring including creating gateways to pocket dimensions. Rocket even informs Captain Marvel he knows a guy who will pay Fifty thousand for the Flerken. 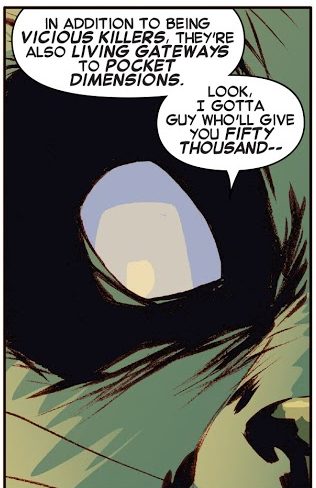 But they don’t just form gateways to living pocket dimensions, they also have numerous squid like tentacles that eject out of their mouths. 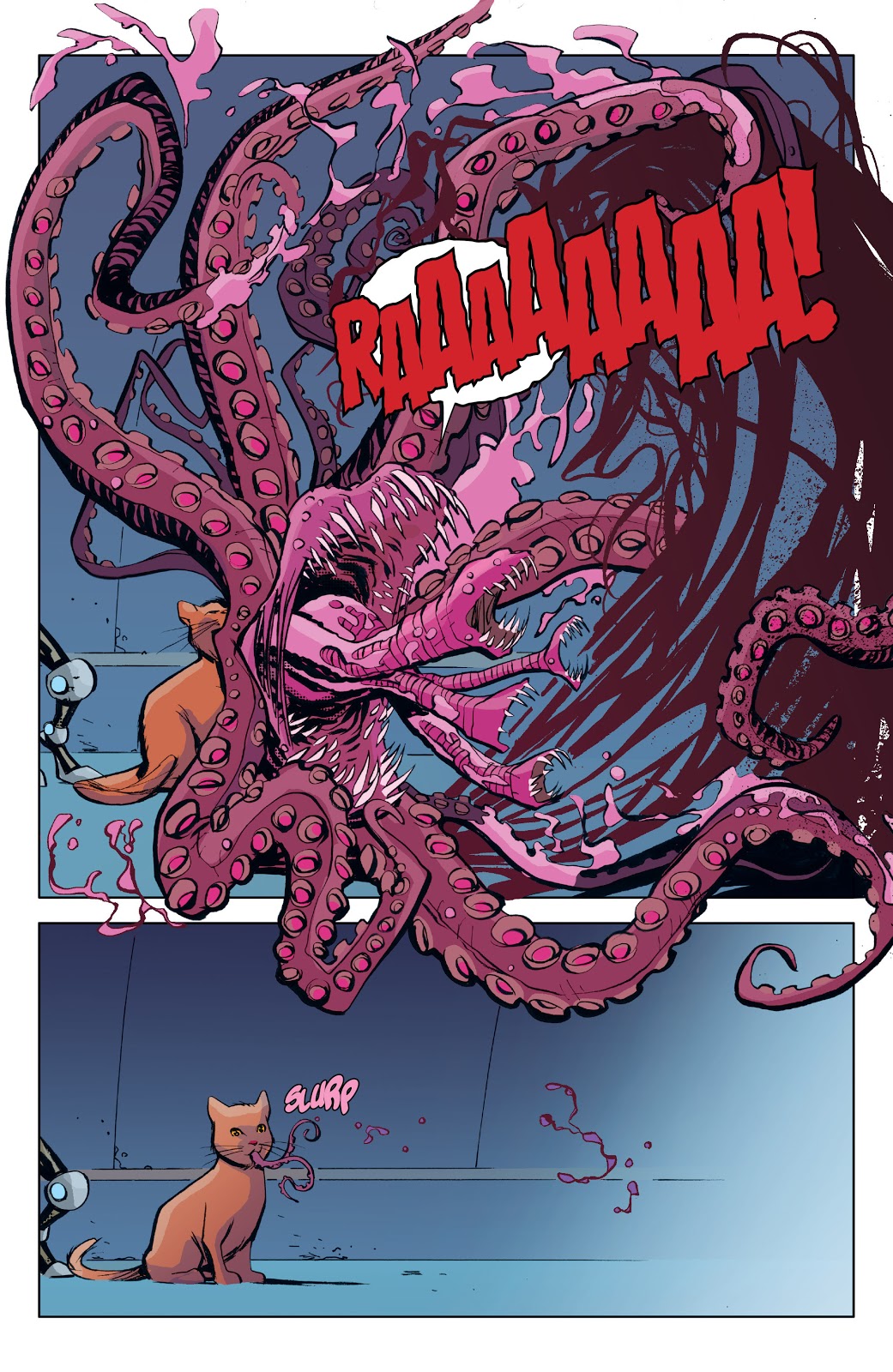 If Marvel Studios and Captain Marvel are going to introduce Chewie, it definitely looks like they will be including some Guardians of the Galaxy style humor in the film.