Marvel Comics just sent us teaser for a potential Blind Spot series. What’s interesting about the teaser is that it includes tomorrow’s date. It’s quite possible Marvel is taking a play out of Image’s book and is releasing a book tomorrow without any publicity leading up to it.

Here’s the teaser image they sent us: 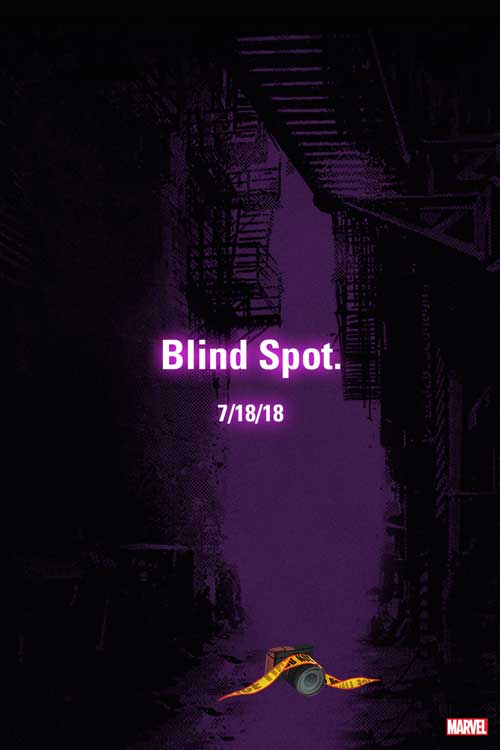 It’s possible this could be a tie-in reference to Marvel’s ongoing Infinity Countdown series, Infinity Countdown #5 debuts tomorrow and promises to be the conclusion of the event series before Infinity Wars kicks off. Given that the Mind Stone is currently being controlled by Daredevil foe and gangster, Turk, it’s highly likely Daredevil’s newest sidekick Blindspot could actually make an appearance and a play for the Stone.

However, given the camera and the police tape shown in the foreground of the image, it’s also likely this is in reference to Jessica Jones and Alias. With the departure of writer Brian Michael Bendis to DC Comics, the Alias series has been left in limbo. It’s quite possible Marvel is bringing it back to life with a secret title tomorrow.

What do you make of this teaser? Do you think this could be a reference to Daredevil’s sidekick or could it be alluding to Jessica Jones, or is it something else altogether?