DC Comics is making some big creative changes at San Diego Comic-Con. First, we learned that Grant Morrison and Liam Sharp would take over Green Lantern and are relaunching the series. Now, Dan Abnett will be exiting Aquaman, one of the more underrated comics out right now. He will be replaced by Kelly Sue DeConnick. She will be joined by artist Robson Rocha.

This story also appears to be a relaunch as the new story will see Aquaman wash up on island without knowing who he is. While exploring the island and attempting to rediscover who he is, he encounters a number of former sea gods who have been forgotten and marooned on the island. The story will also have a focus on Aquaman’s issues with his mother, Atlanna. 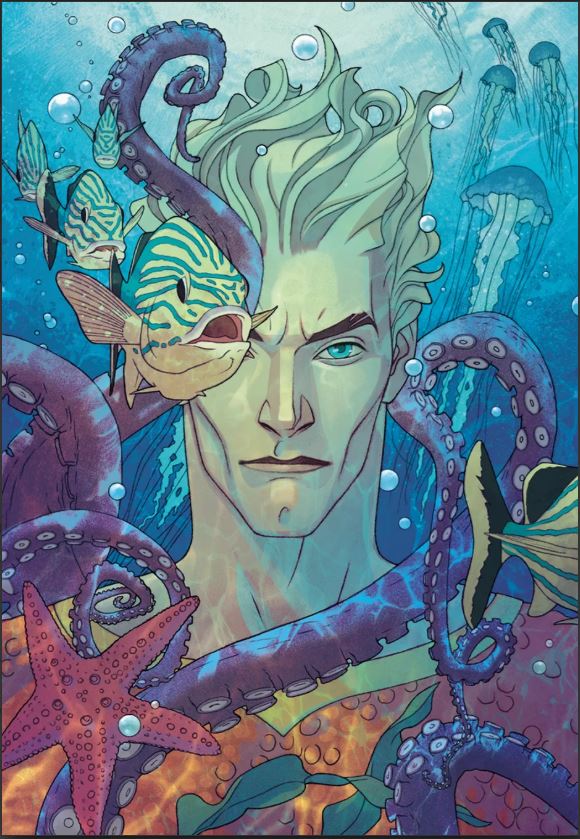 Publisher Jim Lee described the story as “an examination of who the character is. kind of in the vein of Daredevil: Born Again and Batman Year One.”

No date was given as to when DeConnick and Rocha will takeover Aquaman. Dan Abnett, Rob Williams, and artist Vicente Cifuentes are solicited through Aquaman #40. That solicitation is the finale of “Sink Atlantis.”

AQUAMAN #40
“SINK ATLANTIS” FINALE!
GUEST STARRING THE SUICIDE SQUAD!
written by DAN ABNETT and ROB WILLIAMS
art by VICENTE CIFUENTES
cover by RAFA SANDOVAL
variant cover by JOSHUA MIDDLETON
The finale of “Sink Atlantis”, the four-part crossover with the Suicide Squad! The undersea kingdom of Atlantis is overrun with black-ops super-villains; a dethroned ex-King of the Seven Seas; and a former assassin-mermaid from the Bermuda Triangle, all locked on a collision course! The Suicide Squad, Aquaman and Mera: no holds barred!
ON SALE 09.19.18
$3.99 US | 32 PAGES
FC | RATED T
This issue will ship with two covers.
Please see the order form for details.

It’s more than likely we could see a new series in October after Aquaman #40.

Along with Aquaman and Green Lantern, DC announced a creative change on Wonder Woman with G. Willow Wilson and artist Cary Nord taking over. There was also a major creative change on Superman and Action Comics when writer Brian Michael Bendis took over both books.

What do you make of this Aquaman news? Are you excited to see Kelly Sue DeConnick and Robson Rocha on the character?