Not only did they release a trailer, but they’ve opened up an exhibit that gives us real good looks at Starfire, Beast Boy, and Raven. We even get a photo of Robin’s loft. The costumes were heavily criticized when set photos were taken during filming.

Take a look at the official costumes along with huge promotional images of each character: 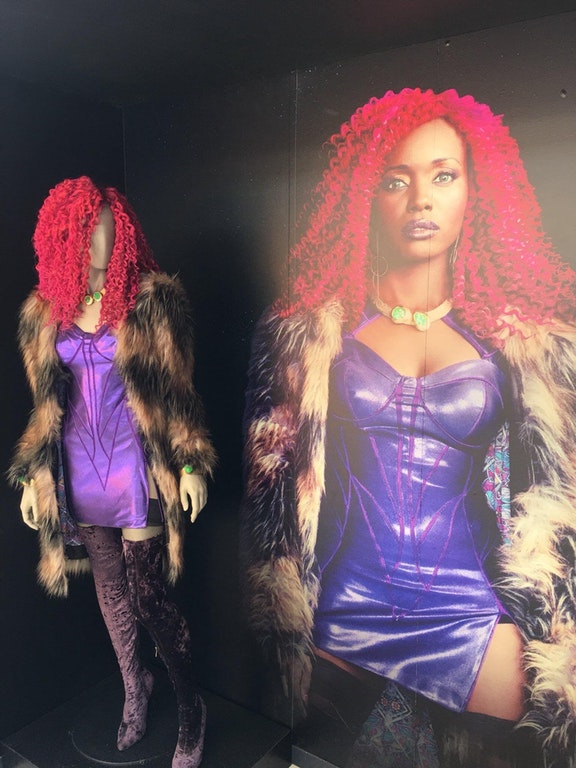 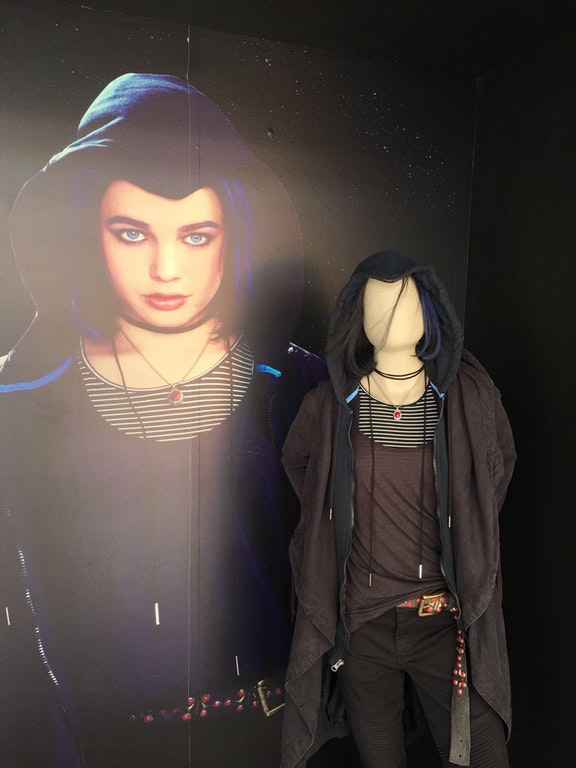 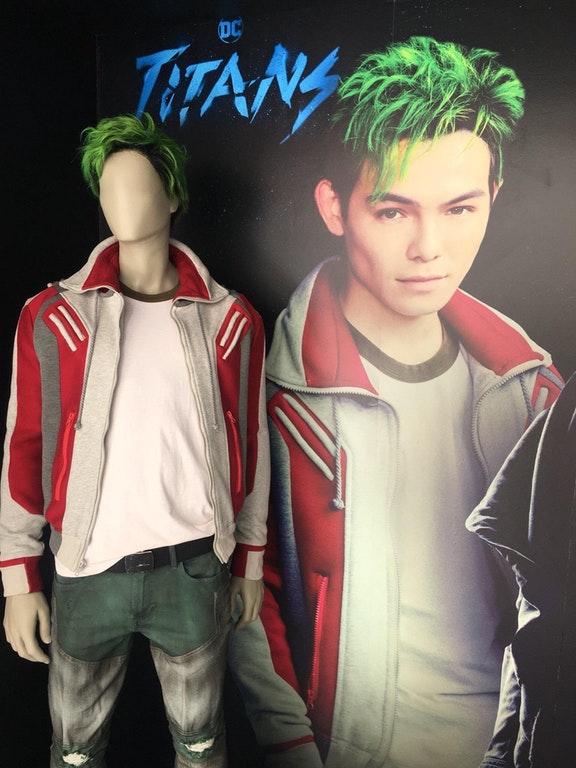 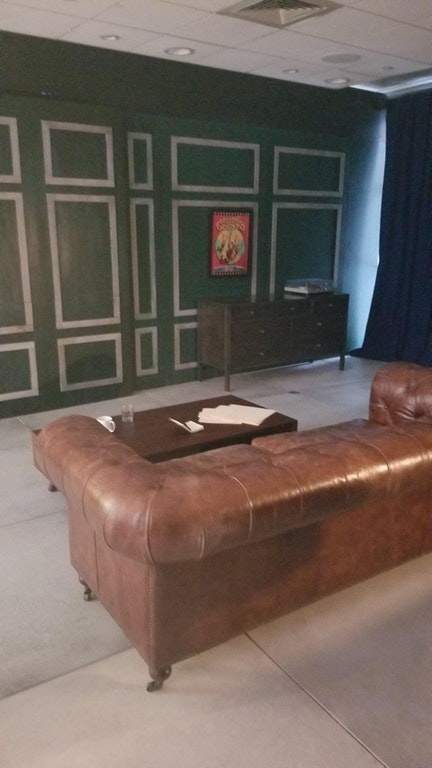 Here’s a look back at the original set photo that leaked.

As you can tell there isn’t much difference. The dress did get a little bit of a redesign, but honestly it looks even worse than before. It now has an arrow design on the front that points down towards her crotch. She still has the fur coat. Her necklace is clearly visible in the new photo, and you can also she that she has some dangling ear rings. The boots appear to have changed. In the original set photo she had giant clasps on the side. The new photo looks like all velvet without the giant clasps.

Raven’s outfit also had some minor changes. She now has a striped design at the neckline of her shirt. It was previously a solid color. She also has a big trench coat now.

Beast Boy’s outfit looks almost identical to the set photos. The only difference is we can see what was underneath the zip-up sweatshirt.

What do you make of these outfit designs? I’m unimpressed especially considering the Robin, Hawk, and Dove costumes look absolutely amazing. I’m still hoping their outfits will evolve throughout the season, but given these are almost the same ones we saw from the set photos, that hope is quickly diminishing.