DC Comics will be relaunching Green Lantern in November with Grant Morrison and artist Liam Sharp taking over creative duties.

IGN reports the two will take Hal Jordan back to his classic roots. 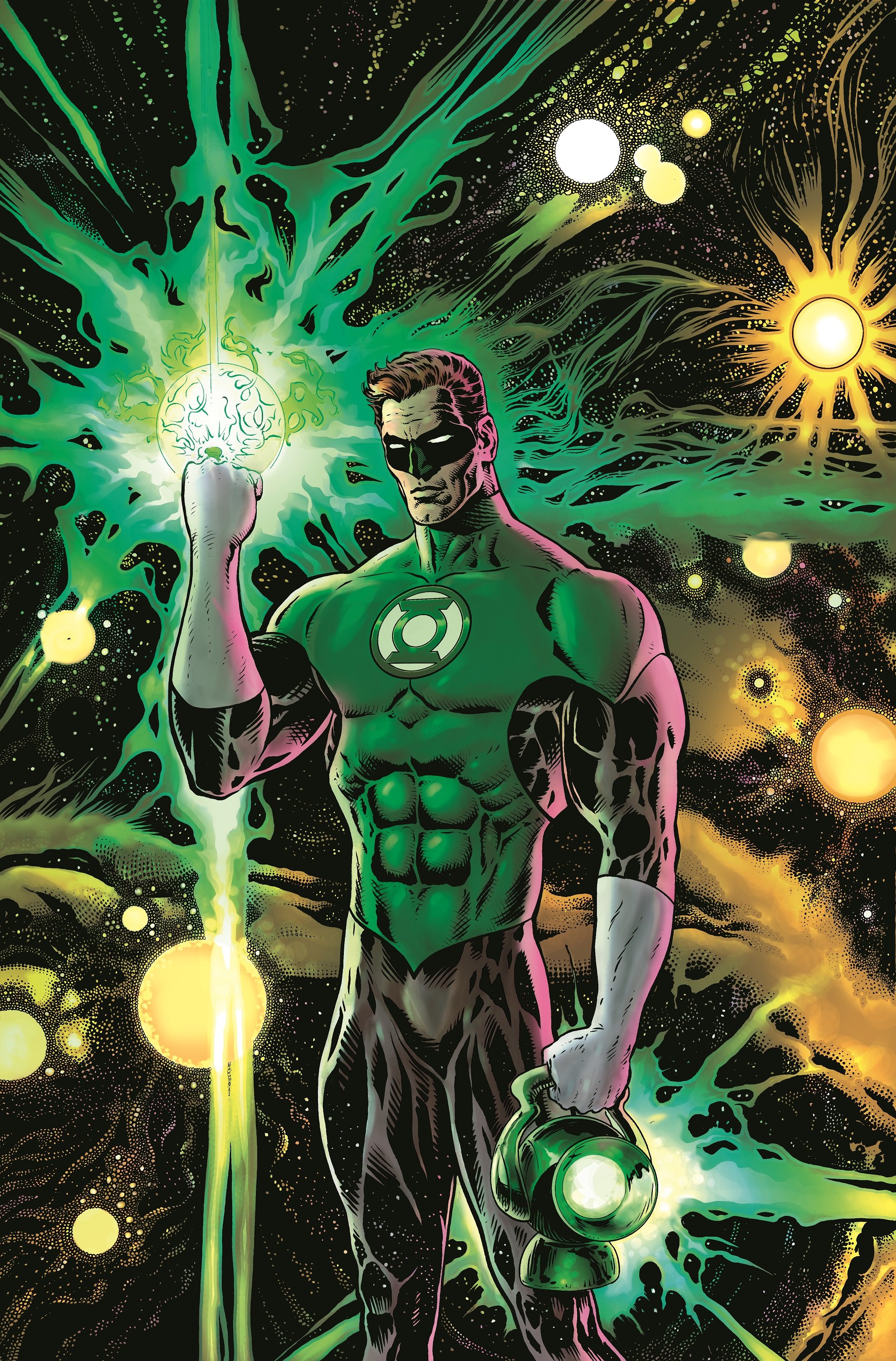 “Instead of the big, epic, 12-part stories, we’re focusing down on the everyday life of a space cop. Basically, it’s no more apocalypse-ending storylines. The basic concept is that [Hal Jordan] is like a space cop that patrols a sector of the universe where anything can happen. We’ve made it more like a police procedural.”

Morrison also adds his own take on Hal Jordan and the Green Lanterns’ role in the DC Universe as well as their abilities:

“It’s an intergalactic police force, but instead of guns they’ve got wishing rings that make their thoughts come true and turn into plasma.” 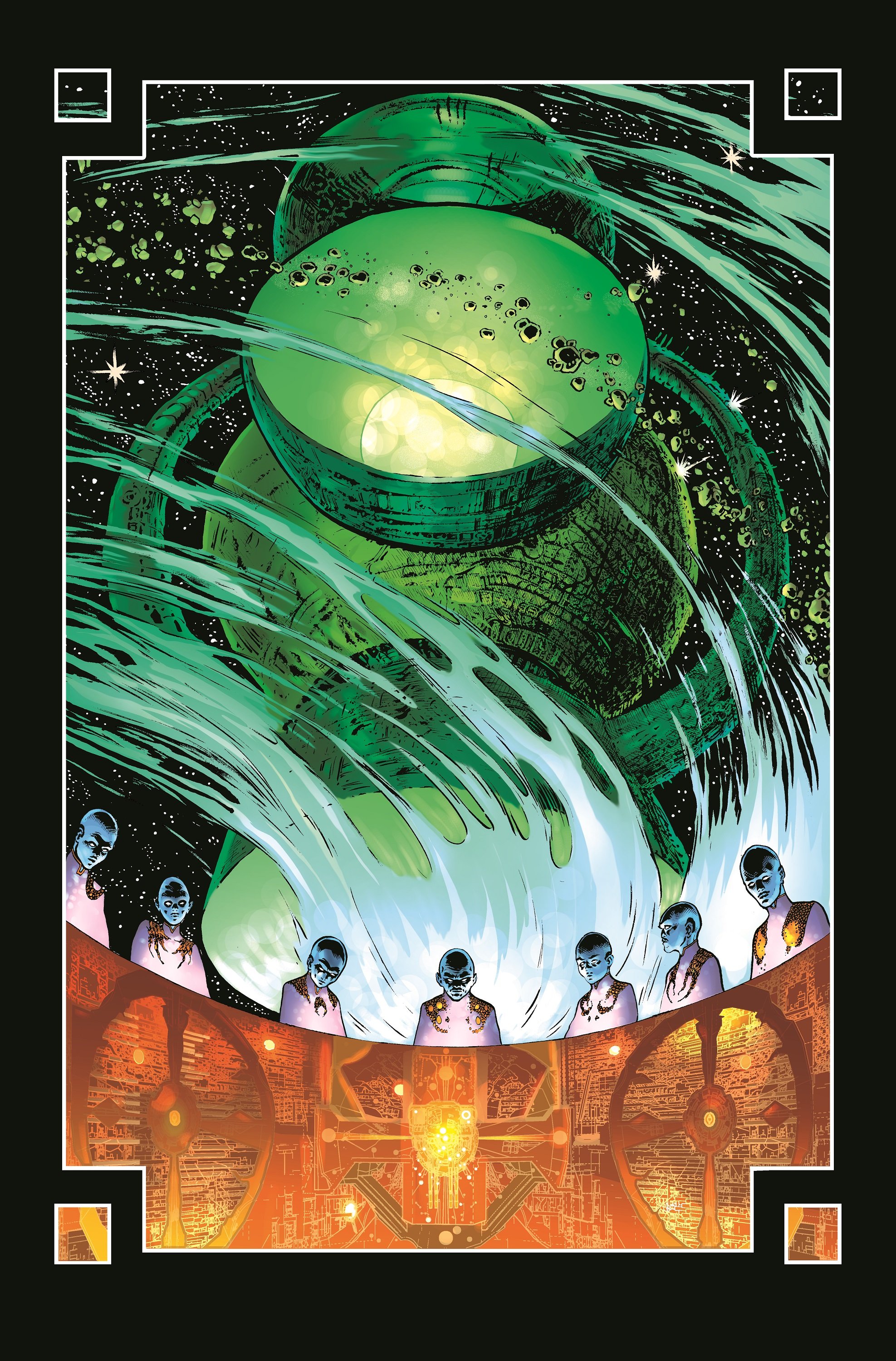 As for the specifics of the story, Jordan will arrive at the location of a crashed Corpsman’s ship, which just so happens to be on Earth. This Green Lantern was transporting three of the universe’s most dangerous criminals to trial. Now, they are free and roaming around on Earth. Hal Jordan will have to track them down and stop them before they reign chaos throughout the planet.

Not only will Hal be dealing with these criminals, but he will also be facing his own internal struggles as he tries to find a place back on Earth. 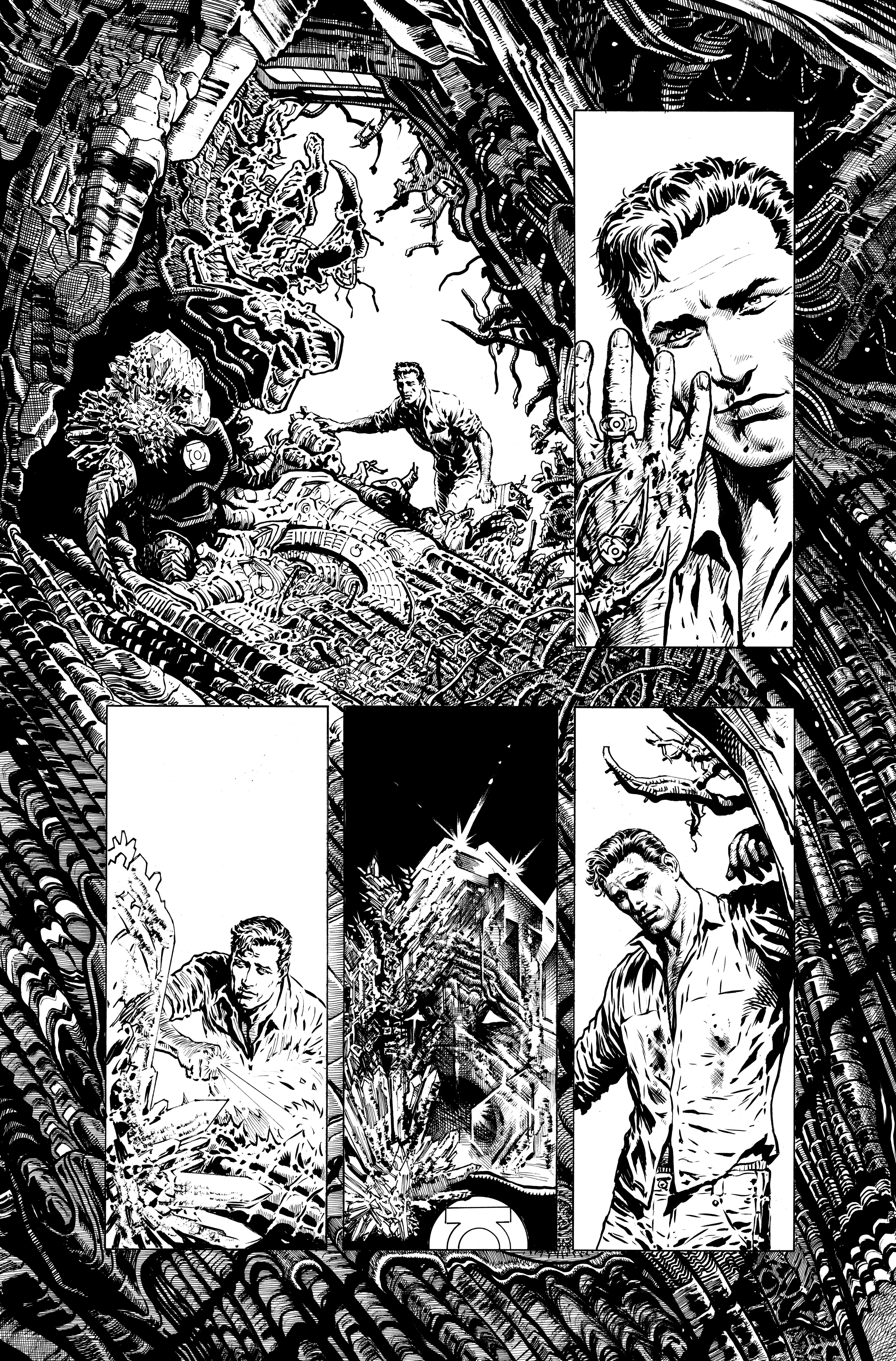 “He’s a loner and a drifter and he’s an unreconstructed man. It was nice to do that and to go a little bit old-fashioned with it. He doesn’t belong here at all, you know? He’s longing for the heavens, and to be back up as a Green Lantern,” Liam Sharp told IGN. However, he also revealed what he loves about Hal, “I love this idea that he’s an idiot savant. In a way, he’s a genius. He can just turn up and kind of assess the situation really quickly, and then just smack it with a giant fist, and it’s all fixed.” 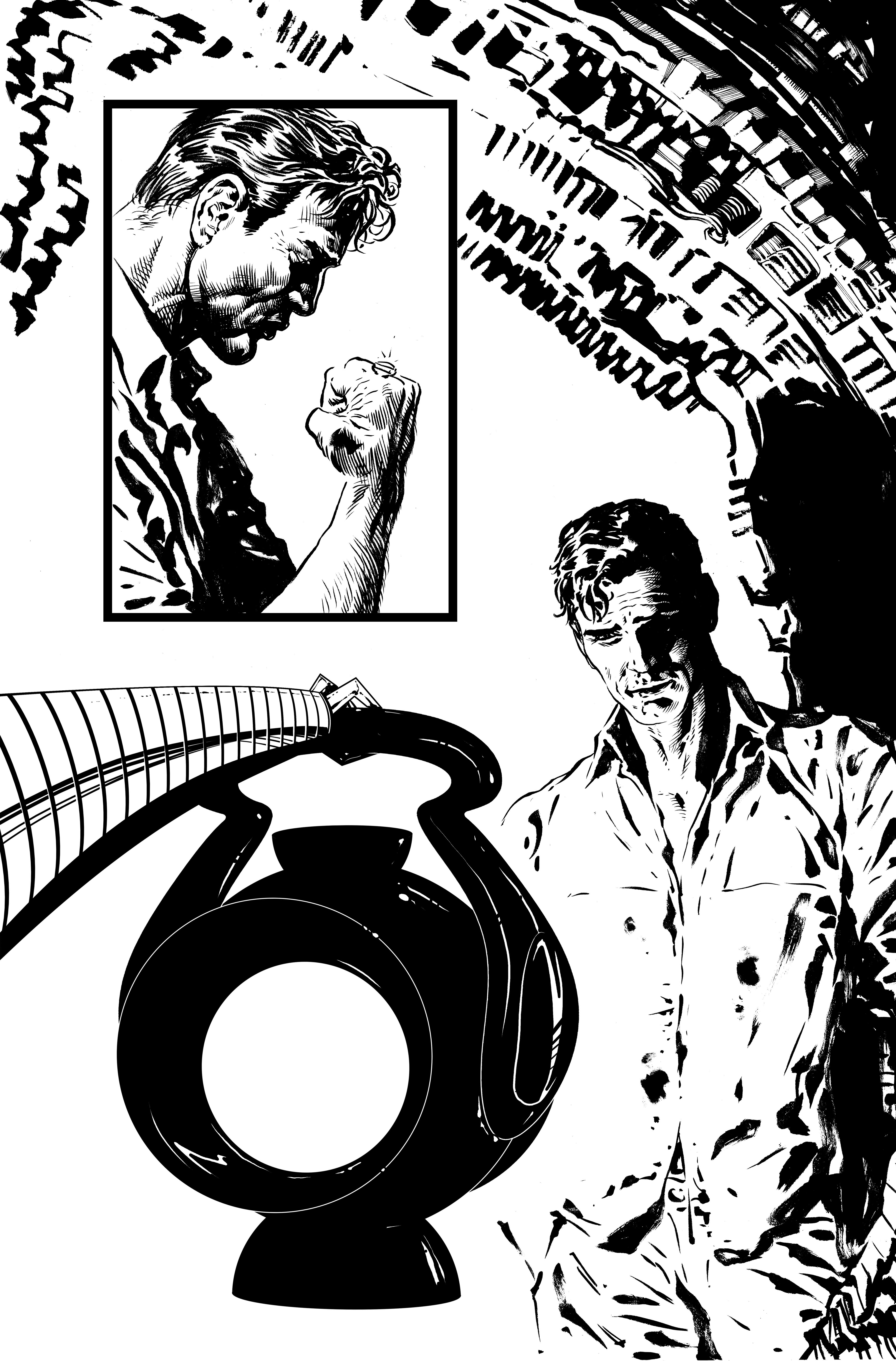 Morrison added his own thoughts, “We’re doing Hal Jordan where, you know he’s a good cop, but is he really a good guy? And we’re looking into his relationships and how he deals with people. And also the fact that, if you’ve got a job as a space cop, it’s hard to be stuck on the planet Earth. He has other lives on other planets. We’re gonna be looking into a lot of things that I don’t think we’ve seen a lot with Hal Jordan before.” 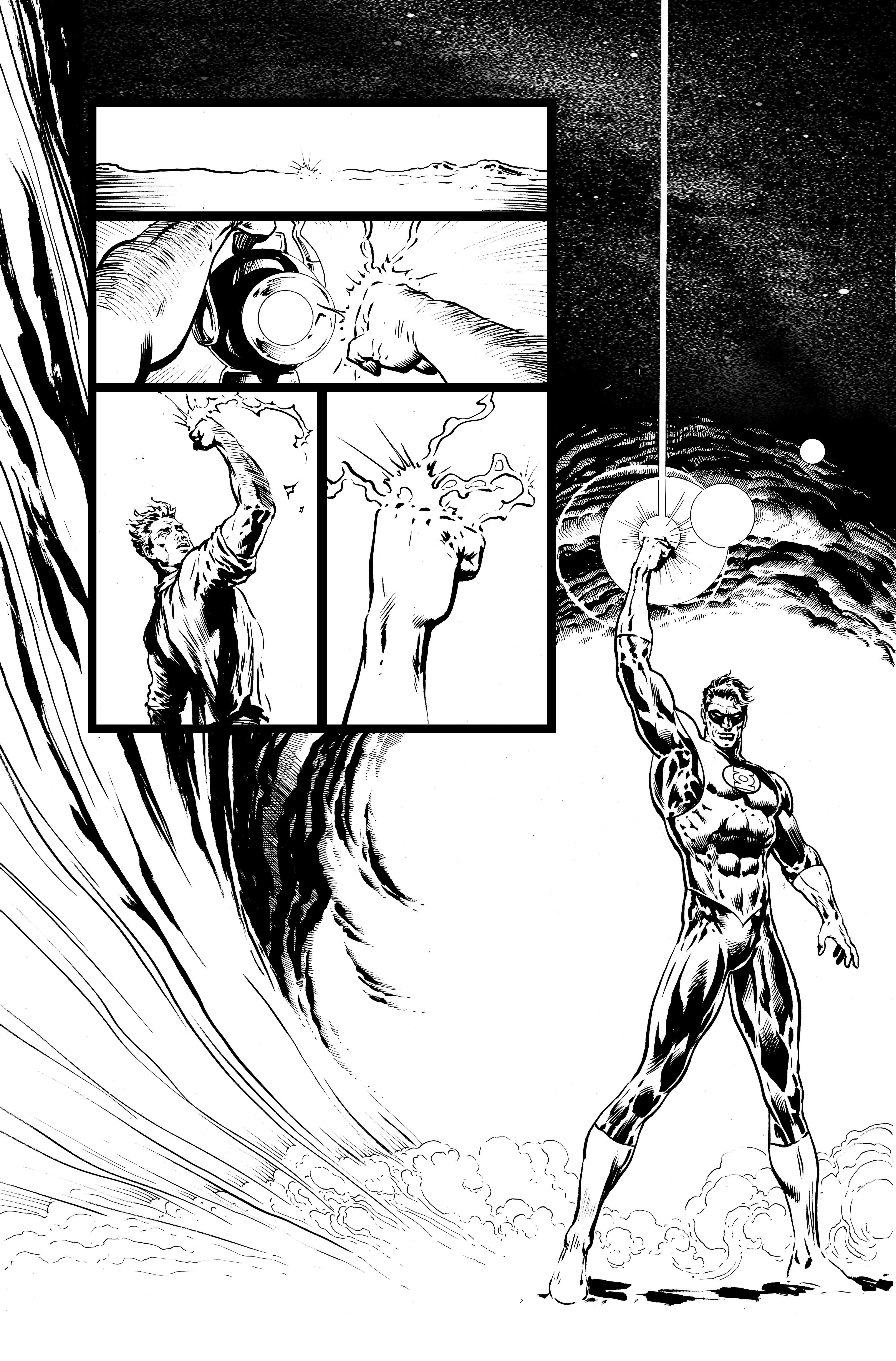 While previous Green Lantern books have featured a large and colorful cast with familiar faces, Morrison and Sharp’s take will feature more obscure Green Lantern characters who have been forgotten. They will even introduce a number of new characters. This could be another hit for DC Comics. It certainly has an all-star team with Morrison and Sharp!

Look for the new Green Lantern series this November!