The first issue of Image Comics’ The Weather Man caught me completely off guard. I had no idea what to expect and all I really knew for sure was that I was a big fan of the writer, Jody Leheup. Well, if you read my review of issue #1 then you’ll know that I was pleasantly surprised as it turned out to be one of the best times I had had with a comic book in some time. Issue #2 retains much of what I love about the first issue, while unfortunately losing a bit of it as well. While not as strong as the introductory issue, The Weather Man #2 still impresses with a deepening story with plenty of heart and heart-breaking moments.

Issue #1 left us on an enormous cliffhanger and I am happy to report that issue #2 quickly offers an explanation. The ball gets rolling right away in this issue and there are only fleeting moments that slow down in what is shaping up to be an explosive, sci-fi story. We’re given a bit more insight into what tragedy befell humanity on earth, as well as a shocking revelation of who might be responsible for it. I don’t know if I buy the explanation yet, but it sure does make for some good drama. The issue reads fast and furious and was over before I knew it. I was immediately left wanting more as the book does an excellent job of crafting compelling characters who you are interested in, even if you hate them. However, by book’s end I found myself marginally disappointed in the sharp tonal shift that this book takes. The lively, ridiculous hilarity from the first issue is almost completely absent here. 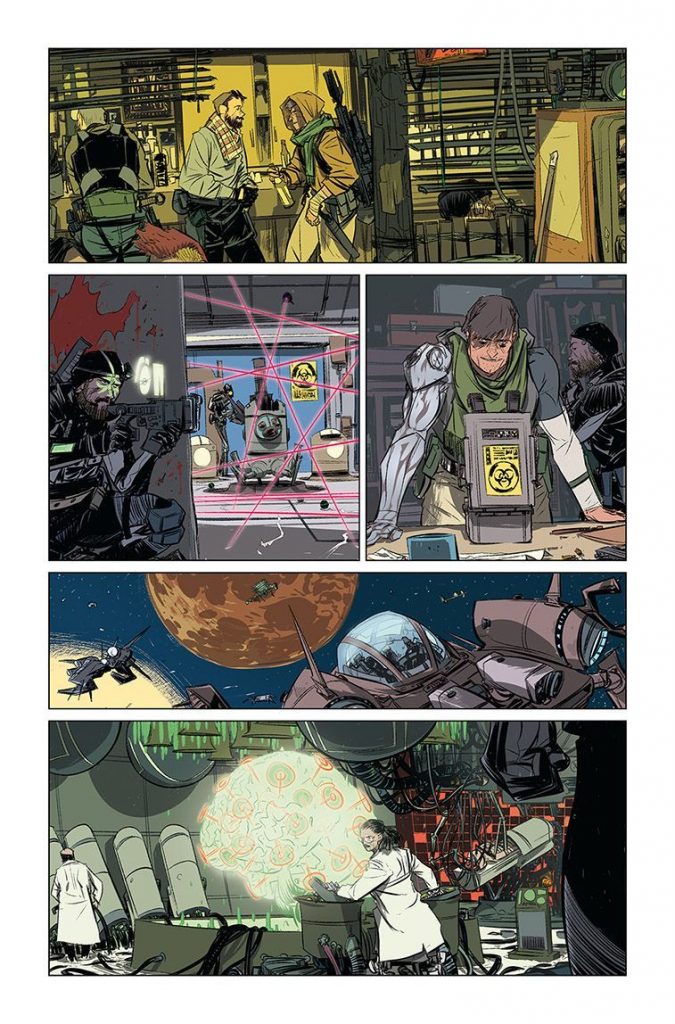 There were some horrific and heart-wrenching moments in issue #1, but something that made it more palpable is the fact that there was a steady stream of truly funny moments to offset them. Nathan, the titular Weather Man, was a constant source of delight and a bright spot in an otherwise grief-stricken society. His one-liners and upbeat attitude brought a light into a dark tale and while Nathan is still the same character in this issue, he does not get near enough time to showcase it. I won’t spoil anything by telling you why, but I found myself sorely missing some of the spark that he had previously brought.

I do, however, feel hesitant to point this out as a negative as the story itself almost necessitates a more subdued turn from Nathan, as well as the others. Many of the dark elements that were just under the surface of the first issue spring forth here and it probably takes a more serious perspective into the horrors of what is happening to make it as impactful as it needs to be. True motives are revealed, turn-coats are exposed, and an awful lot of people die because of it. It’s written with a deft hand and presented in a way that respects the universe as well as the reader. It does an excellent job of making you feel achingly sorry for some of the characters as well as making you feel white-hot hate for others. I still don’t know who’s right, wrong, lying or truthful, but the fact that I desperately want to know is a testament to great writing on LeHeup’s part. 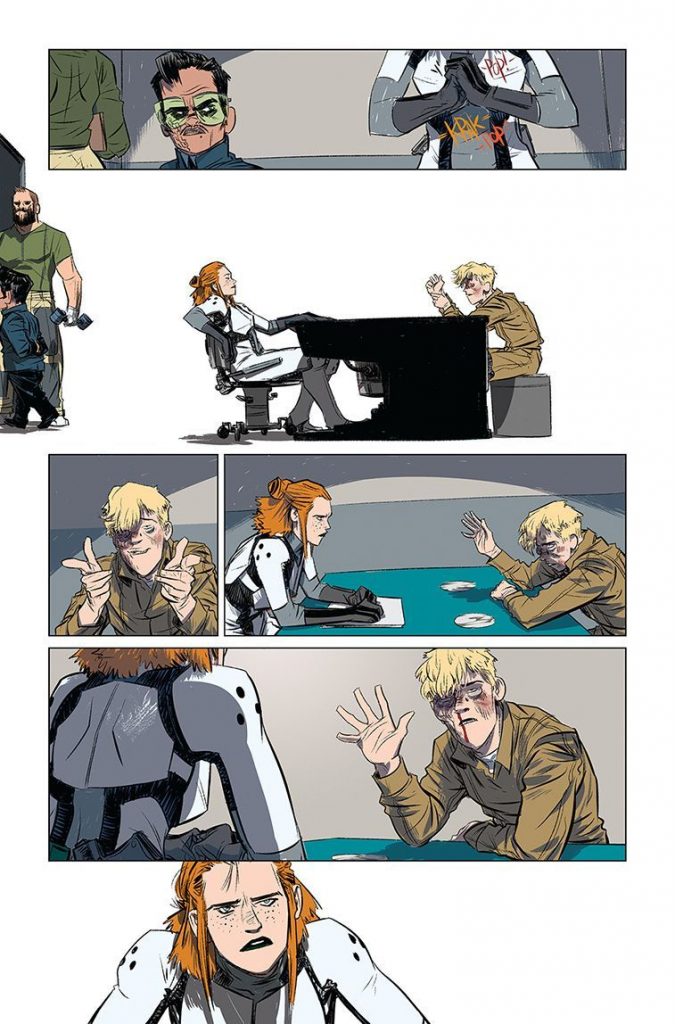 By story’s end we are left with another cliff-hanger and while this one isn’t as personal as the one in the first issue, it’s grander in scale and sets up subsequent issues with much higher stakes. What began as a character-driven sci-fi comedy has quickly veered into epic space-opera territory. I’m not quite sure how I feel about this turn, but I am still on board and intrigued.

Artwork on The Weather Man continues to impress me. Nathan Fox does an amazing job of creating a zany, over-the-top alien world for these people to inhabit, as well as several outer space locations. Action is fast and frantic in this book and Fox translates it to the page with impressive precision. The over-exaggeration of the character models give the story an almost, cartoony feel, but none of the humanity is lost because of it.

Perhaps it’s the dreaded Sophomore Slump, but I just didn’t love this issue of The Weather Man as much as I did the first one. However, that’s not to say that it’s not still a great book, because it is. Issue #2 is much more story-driven and spends most of its time in exposition, all the while maintaining a roller-coaster ride in terms of tone. It’s a much darker, far less humorous issue, but it still does a fantastic job of world building and characterization. The Weather Man remains one of my favorite comics of the year and I am (im)patiently awaiting issue #3!