Stellar returns with issue #2 from Skybound Entertainment. I found the first issue to be a pleasant surprise as I do not typically care a lot for the space/sci-fi genre. Stellar #1, however, offered a story full of fun characters, an interesting premise, and a bit of emotional weight that is often lacking in these kinds of stories. Does issue #2 live up to the high bar set by its predecessor? In short, “yes,” and then some.

The first issue left us on a cliffhanger and issue #2 picks up right where it left off. Instead of taking any more time to introduce us to this universe or catch us up on much of the current state of affairs, we’re plunged right into the action and we pretty much remain there for the entirety of the issue. If I had any major gripe with this issue, that would be it. In only the second issue we are treated to an extended battle sequence and while it was fantastically rendered and thrilling to see, I still feel as if I do not know anything about this universe or the people in it. I know it’s ravaged by war and that there are aliens and monster everywhere… but that’s about it. I want to feel more connected to the world, but with an issue that blasts by so quickly, I wasn’t able to. 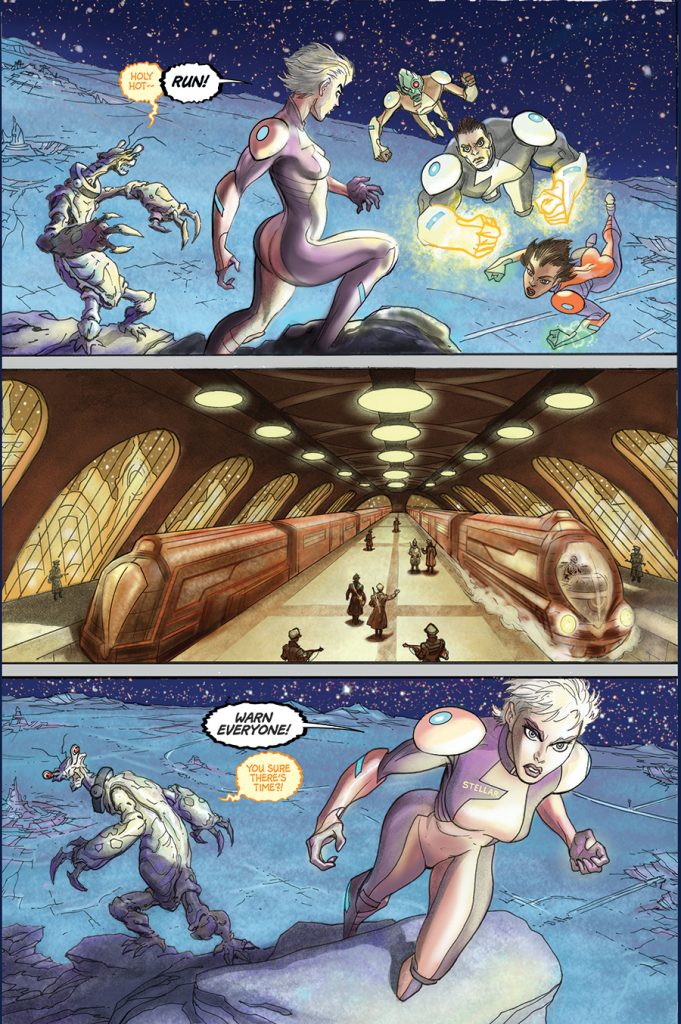 On the other side of the coin though, the action that is presented is fast-paced and thrilling. We jump from one manic set-piece to the next with only glimpses of respite in between. It makes for an overly-fun, but incredibly quick read. Artist Bret Blevins has improved since the last issue and the action is thrillingly rendered on every panel. We do not get as good a look at the varying alien lifeforms that populate this universe, but we do get a few big ones who wouldn’t look out of place trading dukes with Godzilla.

The one thing that the story doesn’t lose is its emotional impact, especially concerning Stellar’s past. During the frantic action we are given random flashbacks to when she was a child and we get only the briefest of insights into the process that turned her into the war machine that she is now. Writer Joseph Keatinge does a wonderful job of finding ways to reach beyond the bombastic explosions to find genuine moments of humanity and tragedy. In the process of giving the readers more insight into Stellar’s past, we’re also given reasons enough to see the villains in a different light and even feel a bit sorry for them.

At that, however, we are introduced to the true foil of the piece and he looks to be a truly heinous presence that Stellar will obviously have to deal with in future issues. It’s obvious that Stellar has a history with this man named Zenith and we find in the final pages, along with some shocking violence, every reason to believe that Zenith will be a terrifying villain going forward. 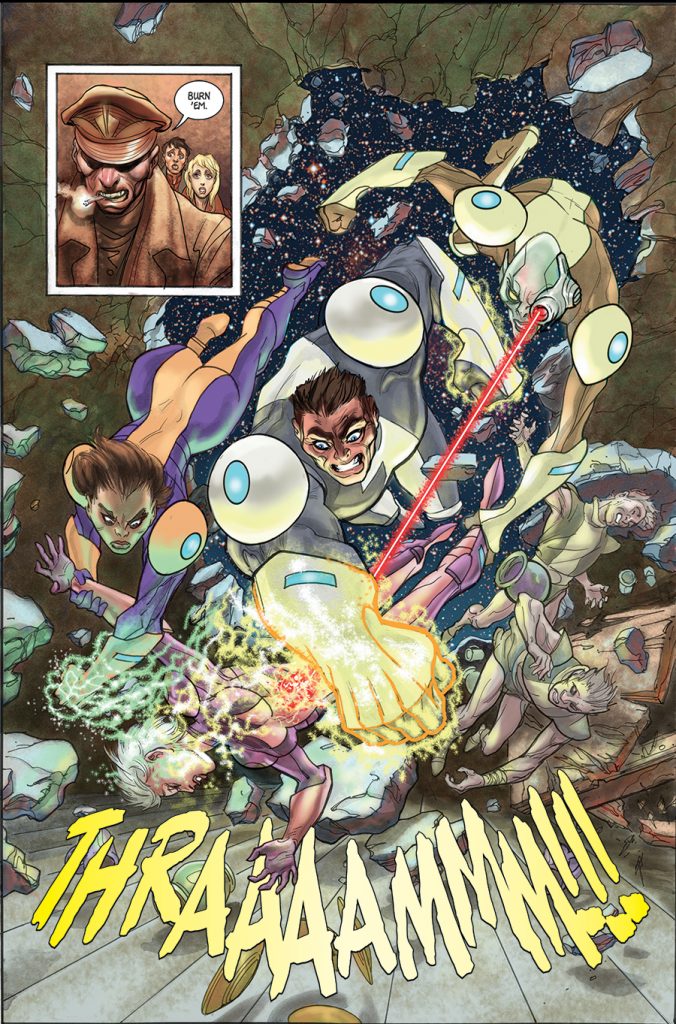 Stellar herself is also given some great opportunity to showcase her talents. It’s obvious that she is more than capable of taking care of herself in a scrap and she displays some truly awesome feats of power against monsters and aliens many times her own size. The fact that she’s capable of all of this and still seems terrified to hear Zenith’s name sets up future stories to include plenty of drama on top of the action!

Stellar #2 takes everything that made the first issue so good and builds upon it. It’s a surprisingly quick read with almost non-stop action, but the creative team of Joseph Keatinge and Bret Blevins strike an impressive balance between frantic action and genuine emotional impact. With some compelling insights into Stellar’s backstory as well as the introduction of a truly terrifying villain, the future looks bright for this series going forward and you shouldn’t hesitate to jump on now!