**Editor’s Note: Jon Del Arroz has contributed to Bounding Into Comics in the past by writing a couple of comic book reviews**

Del Arroz has already faced some controversy for launching the IndieGoGo.  Gregory Cisson tried to create a fake KickStarter to try and dupe fans. For clarification, Flying Sparks is on IndieGoGo. 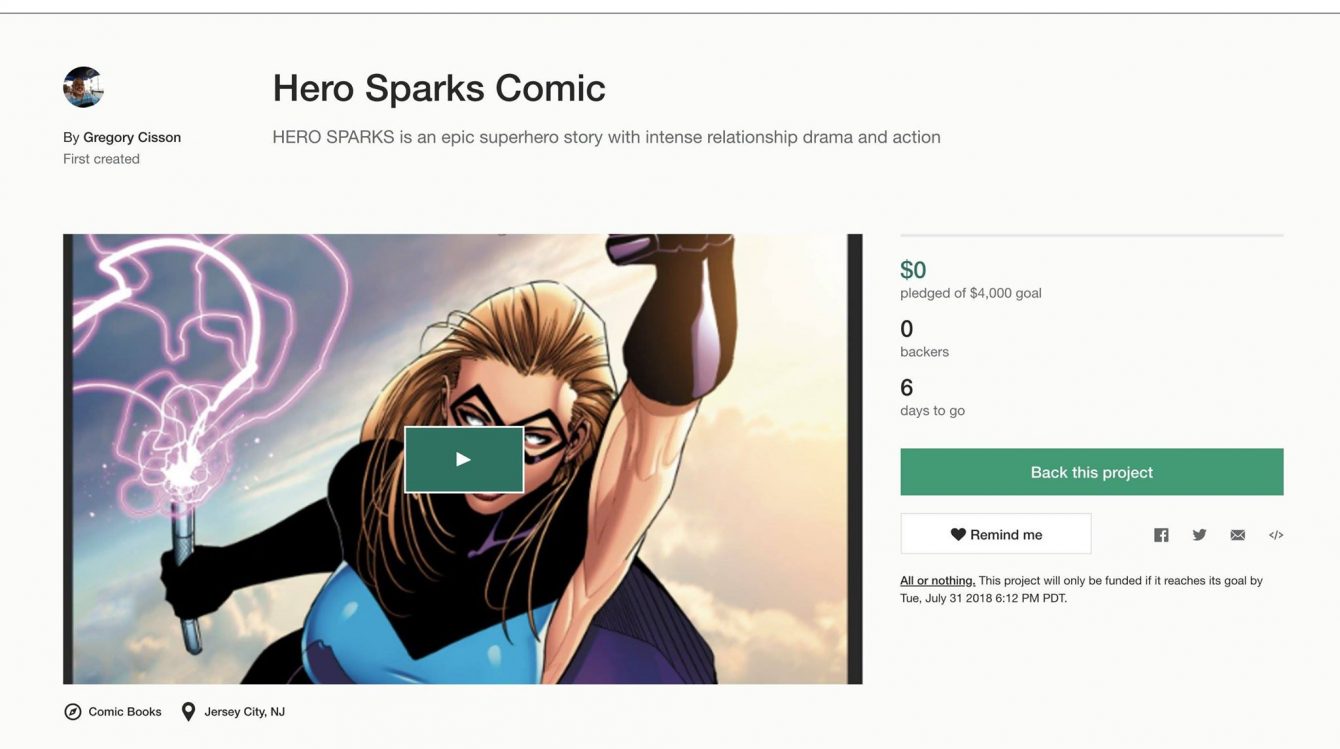 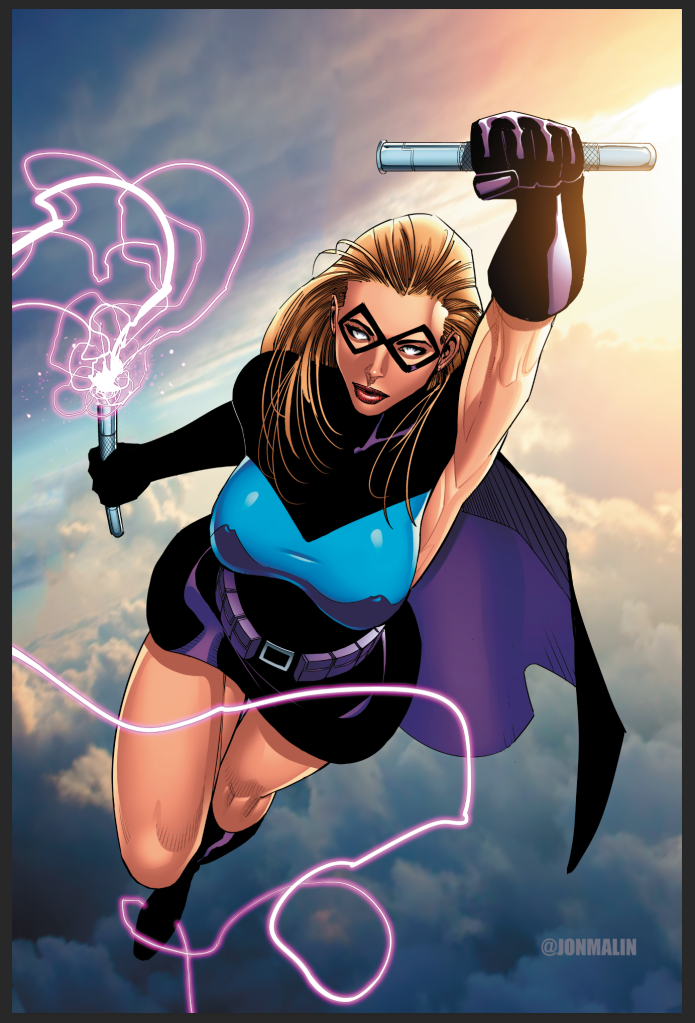 And here’s a look without the colors. 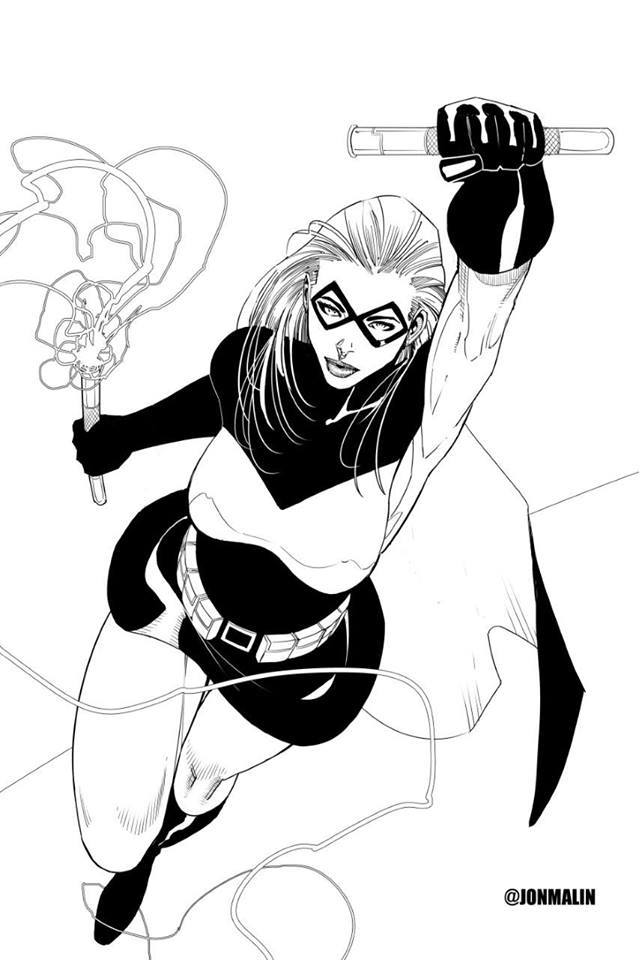 Flying Sparks is a 66 page trade paperback that follows the story of Chloe Anderson. Anderson is a physics student by day who works closely with her mad scientist professor as a teaching assistant. But during the night she uses a multitude of inventions to become the superhero known as Meta-Girl. 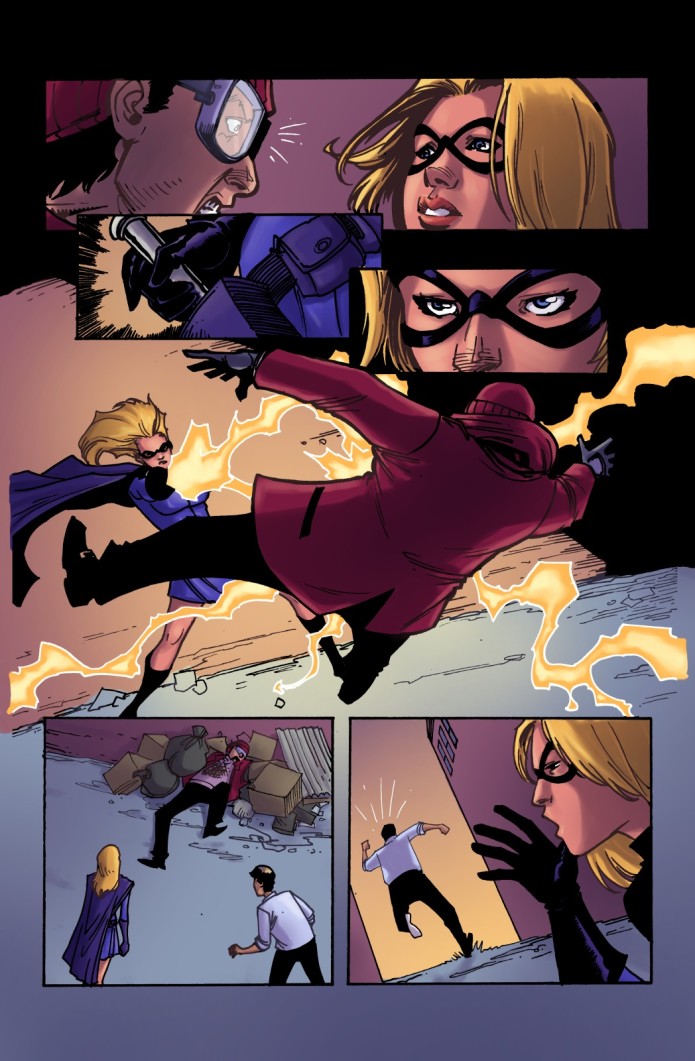 But Chloe isn’t the only star of the book, it also follows Johnny Benvinutti. Benvinutti comes from a well-established Italian crime family which he runs out of a coffee shop front business. But there’s more to him than meets the eye, he also has the ability to shoot lightning from his hands. 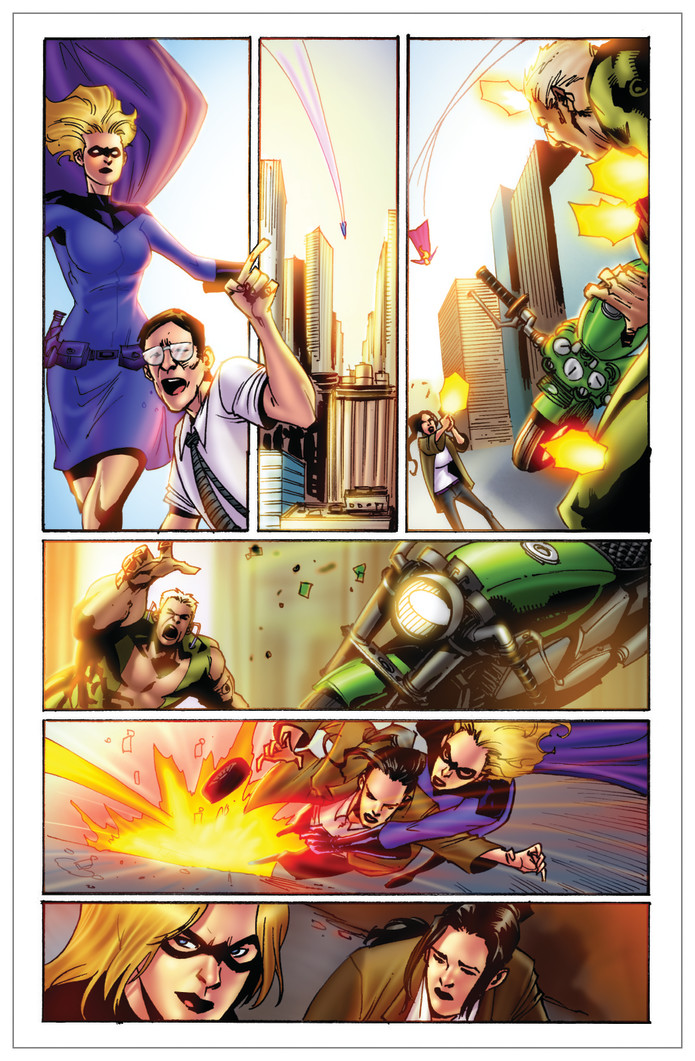 When the two of them meet, sparks will fly. But will they be able to maintain their relationships while keeping their secret lives from each other?

The book is expected to ship to backers in November 2018.

$5 gets you a Thank You
$12 gets you a digital PDF of Flying Sparks
$25 gets you a signed copy of the Flying Sparks Trade Paperback
You can spend $25 and also get a T-Shirt of the cover designed by Jon Malin and Brett R. Smith
$25 also gets you a poster of the Jon Malin and Brett R. Smith cover
$50 gets you the signed trade paperback and the t-shirt
Or you can get the signed graphic novel and the poster for $50
$55 gets you Limited Edition Hardcover. This will be limited to the first 250 copies on a first come first serve basis
$75 earns you the graphic novel, the t-shirt, and the poster
$80 gets you the signed copy of the Limited Edition Hardcover and the T-shirt or you can substitute the poster for the T-shirt
$105 gets you the signed limited edition hardcover comic, the exclusive T-shirt , and the Pin-Up Poster. You will also get a special thank you with your name printed in the back of the book
$299 earns you the Limited Edition Hardcover edition plus the ability to name one of the characters

Along with the perks, Jon Del Arroz has announced a number of stretch goals.

$10,000 will see the inclusion of the original single issue covers added as interior for each of the three separate chapters including a chapter cover drawn by Will Caligan.

$15,000 Thump and Trump’s Space Force artist Timothy Lim will do an exclusive Meta-Girl print for all backers

$20,000 Jon Del Arroz has not revealed this goal, but there appears to be one coming!