Comic book covers tend to lie a lot. Many accuse them of false advertising, but in large part, comic fans have learned to expect that whatever fantastic scene that is splashed across the cover is probably not going to occur just that way in the book itself. Hot Lunch Special, however, makes good on its gruesome advertising. The cover is graced with a human finger stuck inside a sandwich and while I assumed this was going to be a metaphor for….. well, heck, I don’t know, but lo and behold, the first pages of the issue do, in fact, include a man mistakenly crunching down on a sandwich that includes a human finger. It’s a surprising and sickening setup which prepares the reader for the fact that Hot Lunch Special is a lot of things, but typical is not one of them. 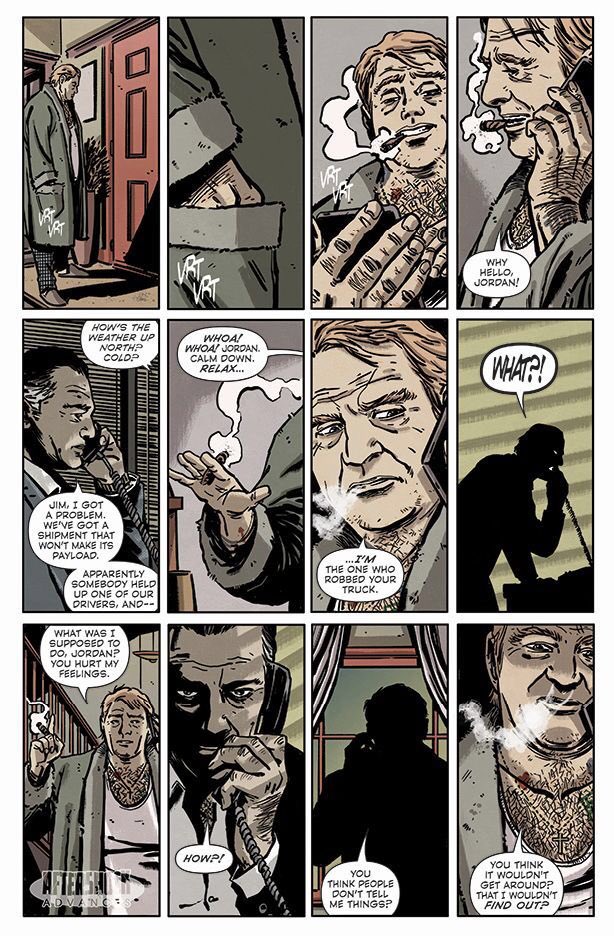 Hot Lunch Special is, if nothing else, a supremely unique story. It’s difficult to quantify exactly what the story is as it treads the line between family drama, noir crime story, and vending machine revenge tale…. yeah, you read that right. Throughout the book, I kept waiting for the shoe to drop and find that I was reading a dark comedy, but everything is played completely straight-laced, which makes sense until you are inevitably reminded that this is a crime story revolving around vending machine food suppliers. The premise is unique among not only comic book stories, but across all other mediums as well. The creative team of writer Eliot Rahal and artist Jorge Fornes go all in and even if I don’t love the book, it gets my respect.

The crux, and the best part, of the story is the strong family dynamic that is sewn throughout the issue. The story of a Lebanese family working hard to attain the family dream is one that we’ve seen played out a million times (not always Lebanese, mind you), but we still can’t help but root for them no matter how many times we’ve witnessed it. Full of flashbacks to imbue the characters with a strong sense of history, the book does an admirable job of humanizing the characters and helping to create a palpable connection between them and the reader. It’s this connection that makes the realizations of their not-so-squeaky-clean past and the eventual tragedy that strikes them more impactful than they otherwise would be. You care about the ones you’re supposed to care about and you hate the ones your supposed to hate. That’s good writing. 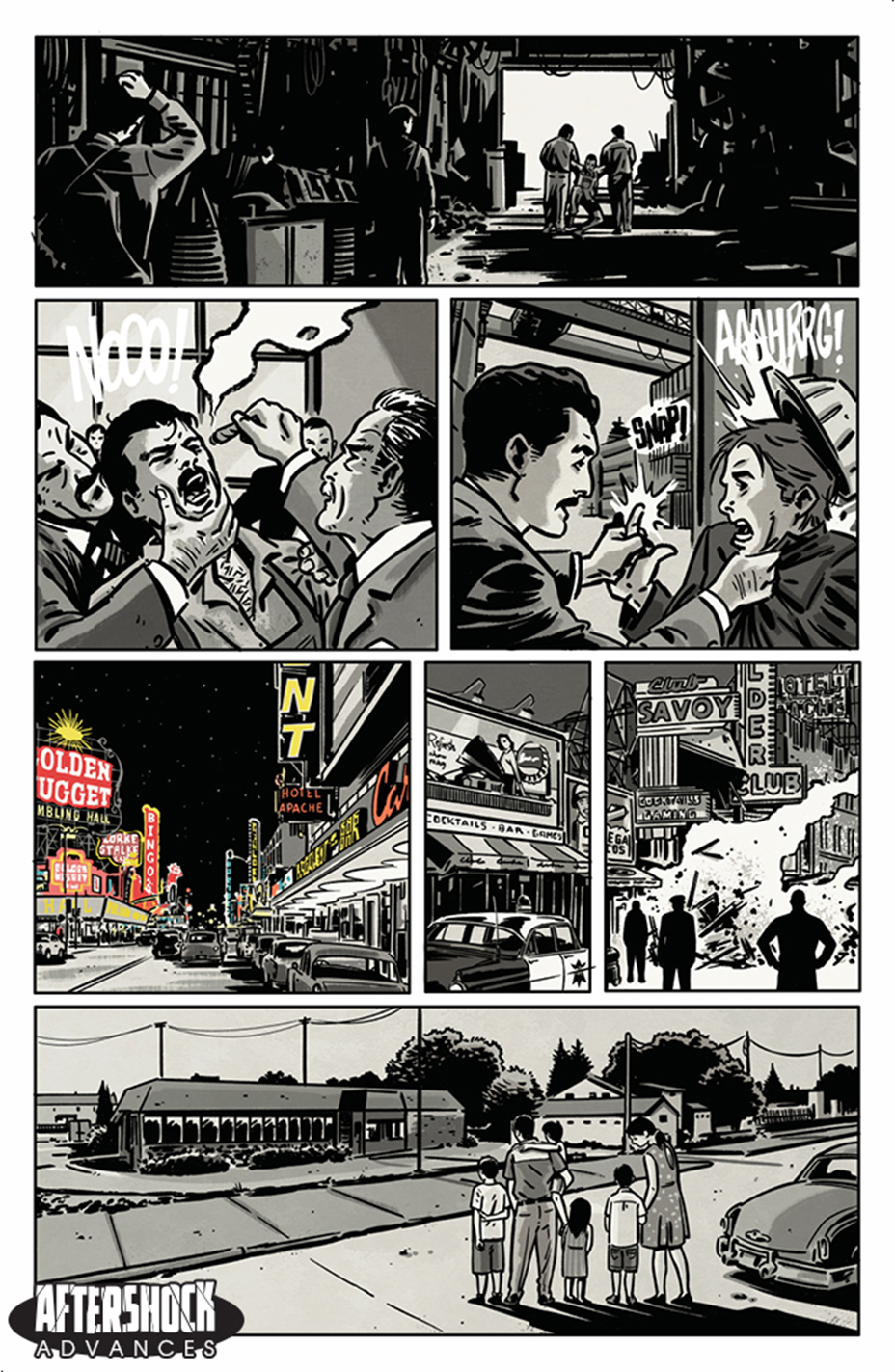 Hot Lunch Special also does a great job of weaving together a lot of disparate threads. There is a WHOLE lot going on in this first issue (some may say too much) but everything surprisingly clicks together exactly like it’s supposed to. However, that’s not to say that I still wouldn’t have preferred a little more breathing room. I appreciated the way Eliot Rahal weaved all the characters and plot lines together, but some of it was blink-and-you’ll-miss-it and it made certain portions of the book fly by before I was able to soak it in.

The artwork from Jorge Fornes is the one aspect that I cannot find anything to complain about. His use of dark, thick lines help to highlight the immensely detailed world. The composition of the panels also give the story a very cinematic feel, which is great because I could easily see this kind of story playing out on the silver screen. Even though the largest portion of the story takes place in modern times, there is a definite retro style aesthetic that I very much enjoyed. Perhaps it’s just me who will ever see it, but it reminded me of the hard-boiled crime movies from the 70’s and I dug it. That’s right. Dug it.

Ultimately, it’s hard to pin down exactly what I think about Hot Lunch Special #1. I love the ludicrous idea to craft a serious crime story around some vending machine suppliers, but although the writing and artwork was top-notch, something about the story just didn’t click completely with me. Perhaps it’s the fact that there were just so many characters, plot lines, flashbacks, etc. that the book just didn’t have time to sufficiently gel in my mind. If that’s the case, however, subsequent issues should amend that to some extent. With a decent setup, great artwork, and a shocking cliffhanger, I am, if nothing else, interested in seeing how this one plays out.