Ales Kot and Tradd Moore’s The New World starts off strong with the tried and true Terminator 2 style opening where the bombs go off and the world, well actually the United States of America is now changed forever. The country is divided into several areas and we’re introduced to New California the setting for our story.

In this new quasi dystopian future, police officers are now reality T.V. stars and once they collar a bad guy the audience votes Jason Todd style as to whether the criminal is “erased” or not. One of these police officers is Stella Maris, who refuses to kill anyone no matter the outcome of the vote and gets away with it because she’s also the President’s granddaughter. While out on a mission the network that shows the souped up version of Cops in this future is hacked and we meet our straight edged co-star Kirby Shakaku Miyazaki. 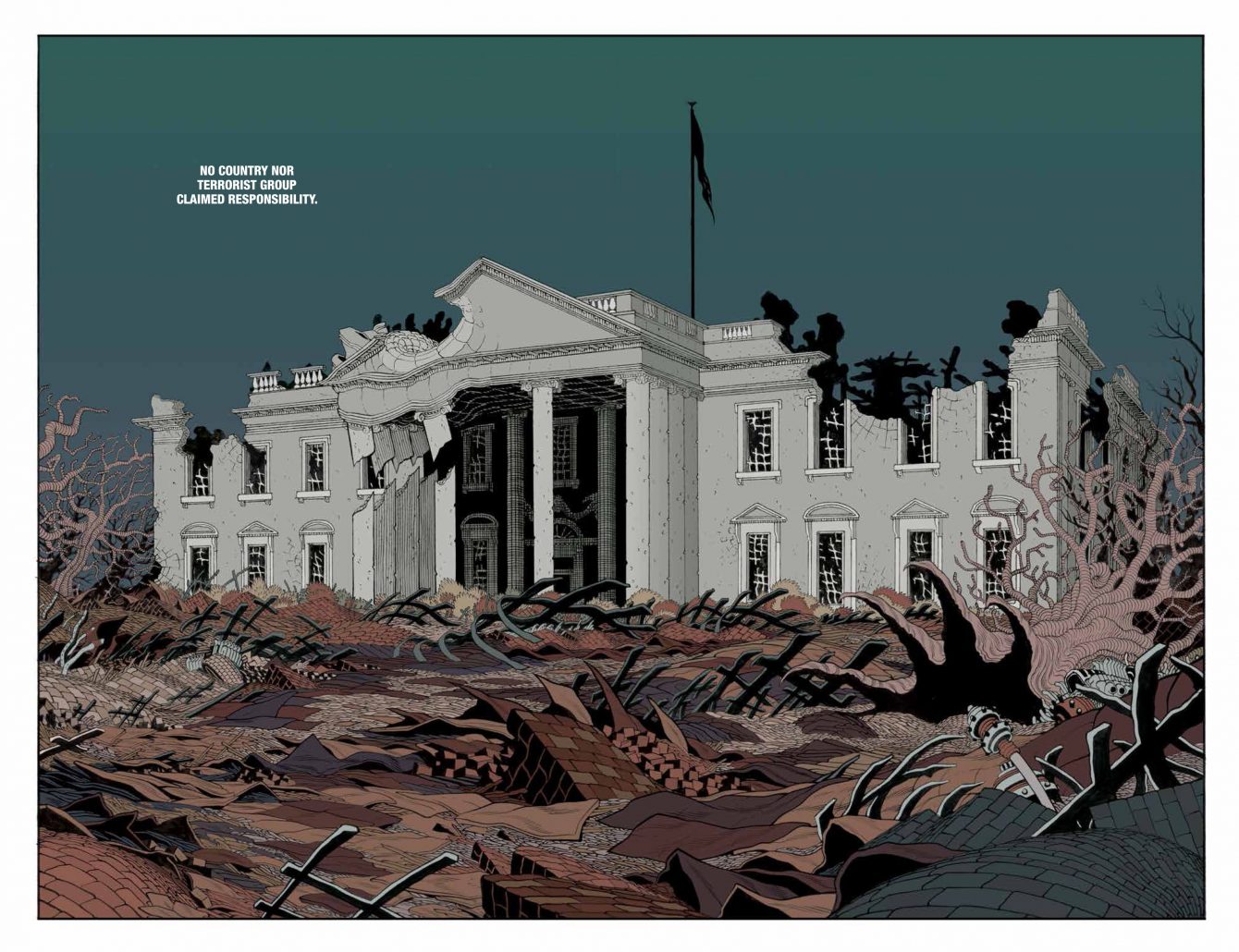 Things transgress and without spoiling everything, eventually our two main characters are drawn into conflict with Stella being paired with a fellow police officer who is happy to shred every criminal he catches like a sheet without a second thought, setting up an uneasy at best partnership for Stella. Naturally the issue ends on a cliffhanger, with the last line being “F*** my life.”

I have to say as an issue I was fine with the art and the dialogue, and the splash pages weren’t over used. The characters seemed somewhat natural and the president pulls off the “old fuddy duddy “ well enough that you don’t like him, but see where he’s coming from. Kirby and his straight edge vegan attitudes got old for me pretty quick and I would be willing to bet he was somewhat influenced by the vegan Lisa Simpson fell in love with in “Lisa the Tree Hugger.” Stella seems the most relatable as someone doing a job she seems less fond of all the time, but carries on anyway. 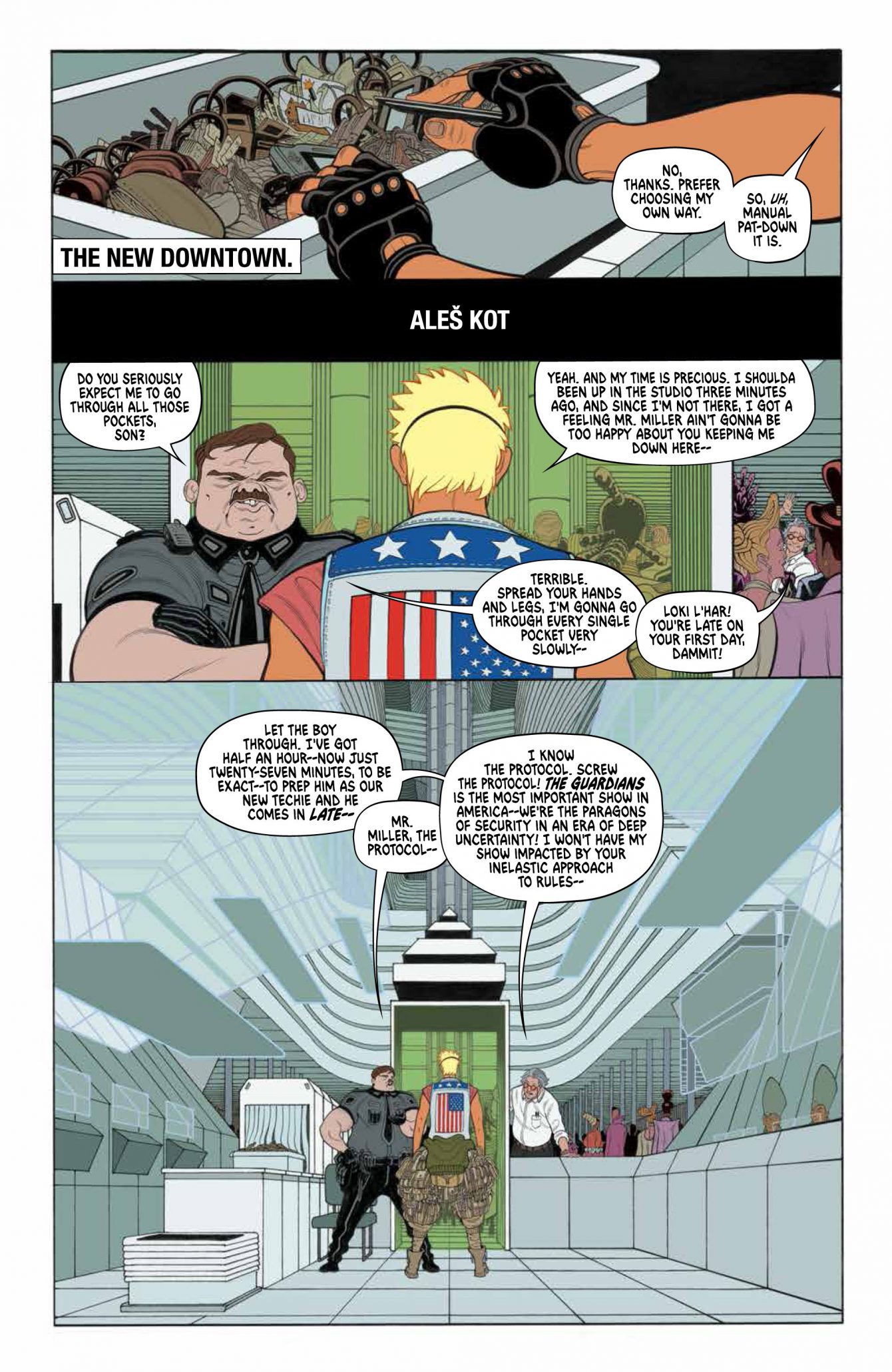 The New World #1 is an all right read. If you’re a fan of Saga, Romeo and Juliet, or troubled love stories I suspect this is for you. For me, it was so-so, because I’ve read the other stories I’ve mentioned. It’s not a bad book and the art has some shining moments, but the first issue is also the last I’ll be picking up.