Project Superpowers is a bit of a reboot of some characters who have already been rebooted… a couple of times. Fans will probably already know that the likes of Masquerade, Samson, Green Lama, and company have seen the light of day before this new series, courtesy of Dynamite Comics. Many of the characters have been on the comic book scene since the golden age of comics before they were brought together for Project Superpowers back in 2008

. Issue #1 of their most recent incarnation from writer Rob Williams and artist Sergio Davila dives back into their world with a new perspective and finds our heroes facing life in a world where superheroes aren’t as valued as they once were.

The idea of a world that decides it doesn’t really need superheroes anymore isn’t a new idea. As a matter of fact, one might even say that this plot device has become cliche. However, Rob Williams has done a great job of wrapping the story around this idea and making it feel fresh and even lighthearted. There is a battle alluded to that took place at some time in the past in which the heroes prevailed over evil and in doing so, negated the necessity of their presence going forward. The heroes in this story seem to have adjusted to their new place in the world, as is explained by Diana Adams (aka Masquerade) on a television talk show hosted by Not Oprah.

The book knows exactly what it is and while it takes itself as serious as it needs to, it doesn’t mind winking at the audience. While it never breaks the fourth wall, it chips away at it a bit. One of the highlights in regards to this tone is the cover of Masquerade’s autobiography, which she is promoting on TV. It’s straight-up the cover of Project Superpowers Omnibus vol 1, illustrated by the phenomenal Alex Ross. The fact that the creators made no attempt to disguise this in any manner is hilarious and the general light-heartedness that pervades throughout the issue is a real treat. 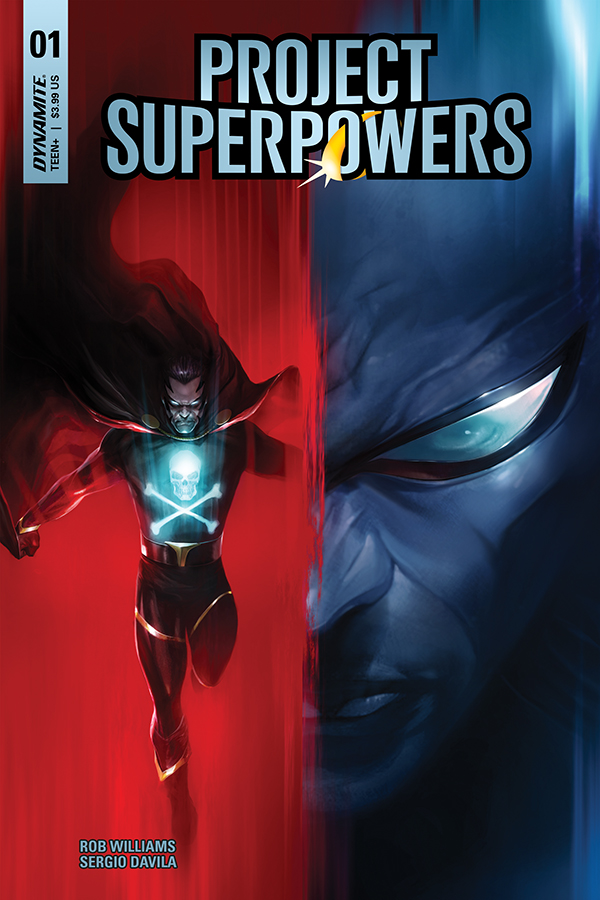 Thankfully, there are some darker undertones that promise the reader that there will be plenty of weight and substance going forward. The American Spirit (a character in the book, not a sense of patriotism) floats about the pages ominously, warning anyone who will listen about impending doom. There’s also a slow realization from everyone involved in the story that there is something or someone nefarious making a return to the world and puts thousands of lives in danger simultaneously by cutting off the power all over the world. It forces the heroes to band back together and seeing them work in tandem is one of the best parts of the book.

Whether or not the writing was of high quality would make no difference if the players in the ensemble cast didn’t have chemistry between them. Lucky for us, this team of superheroes play off of each other fantastically well and their charm is matched only by their skill set. There is a vast array of powers and abilities on display here and we get a good introduction to several of them in this opening issue. Those that wield them are all quality and are extremely well written and I can’t wait to spend some more time with them in future issues. Even without knowing anything about them prior, I felt right at home in their world. There were too many characters introduced to get a really good feel for any of them (besides, perhaps, Masquerade) but I’m sure that will be amended as the story rolls on. 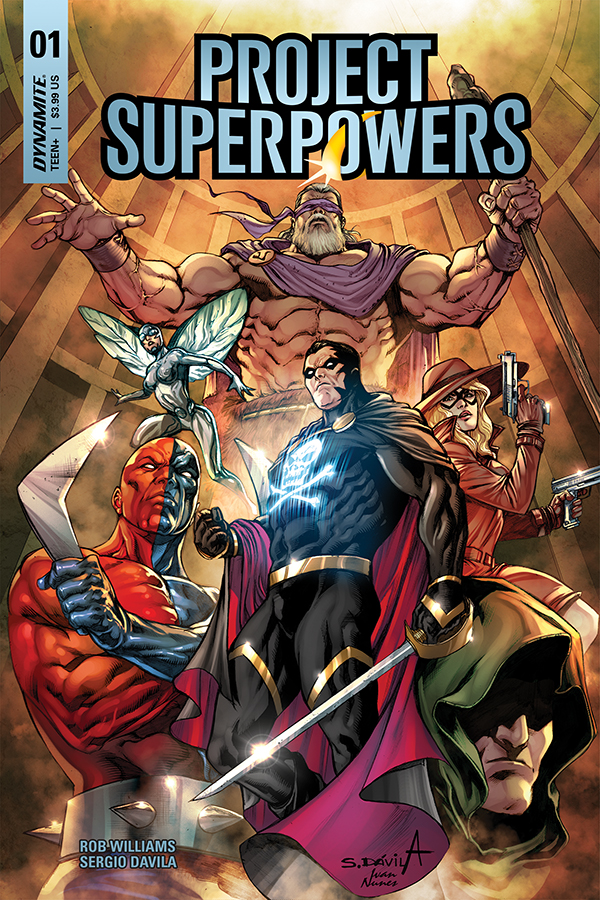 Another highlight is the artwork from Sergio Davila. Every panel is gorgeously rendered with beautiful and realistic character models and backgrounds. The composition of the panels compliments the artwork very well and the action is presented in a dynamic and exciting way. Visually, the book is a treat and it’s exciting to see all the various heroes in action across the pages.

is the kind of issue that makes me regret not having been familiar with this property before now. It’s nice being introduced to a large cast of characters and feel as if they already have a rich history backing them up and yet, not feeling like you’re missing out on anything. Credit for that goes to the creative team behind this book and they have done a great job of putting it together. I do wish we could have gotten to know some of the characters better and there were, at some points, just too many introductions too close together. However, the fact that I was left wanting more from them means the writers and artists have done their job well. Very well, in fact.