I’ll be the first to admit if pressed, I am a John Layman fan. From the second I picked up Chew #1 I knew that this guy had my kind of humor running through his veins and I’d be buying his work whenever the chance presented itself, and when [easyazon_link identifier=”B07FW7Z1R7″ locale=”US” tag=”boundingintocomics-20″]Leviathan[/easyazon_link] was first announced I knew I would be on board. Believe me, you ought to be as well because this first issue is a lot of fun. 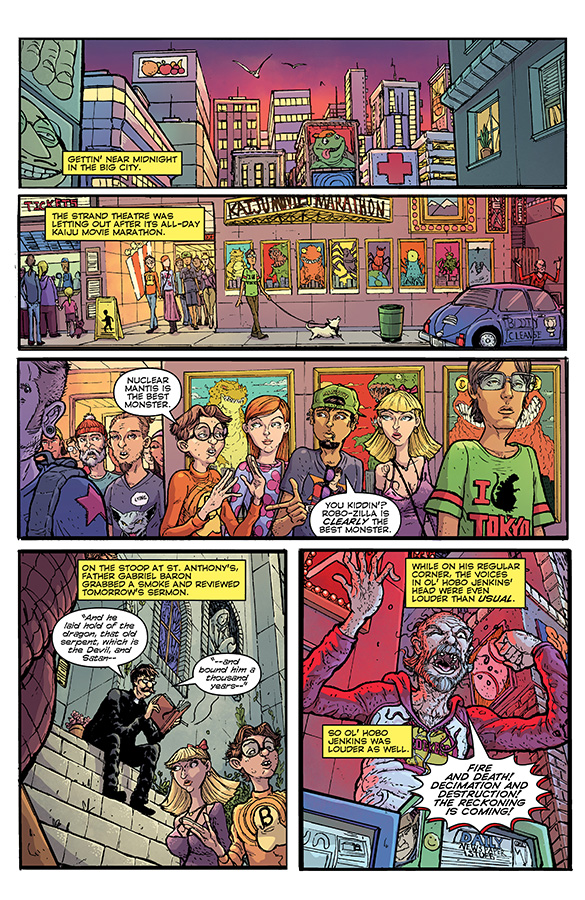 The long and the short of the story is this: A guy goes out to buy more beer for a party he’s throwing. A bunch of annoying goth people, who he doesn’t like somehow end up at his party anyway (we’ve all been there). They end up summoning a Godzilla-like monster, who promptly goes on a rampage in the city.

Layman does a fine job making the characters of the book seem like people you’d pal around with. It makes them immediately likable, which is important in a comic like this because otherwise all you want is for an immense amount of carnage and destruction. That’s fine, but wouldn’t last more than an issue or two.

He ends the book in a way that makes you want to see what happens next immediately, but not with the cliche of someone making a groundbreaking statement like “There are more of them” or some such nonsense. 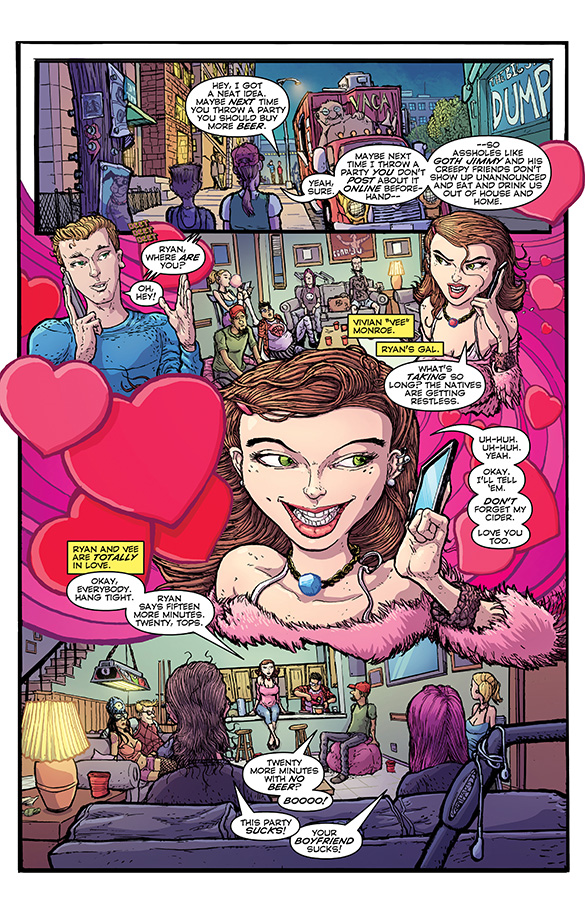 Layman also lettered the issue which is interesting to me but let’s be real: nobody’s ever bought a book because of who lettered it.

The art by Nick Pitarra is great. You can really see the attention to detail with the sheer number of scales on the Godzilla-like monster. His face work reminds you that you’re reading a comic book that’s supposed to be fun and funny. The book also features bright colors. The art and story ensure that you’ll be in a good mood all the way through.

Look, as far as first issues go, if you want to have a good time and check out a fun new series, you can’t go wrong with [easyazon_link identifier=”B07FW7Z1R7″ locale=”US” tag=”boundingintocomics-20″]Leviathan[/easyazon_link]. You’ll smile and appreciate the art from the get-go and if you’re a fan of monster movies in any capacity this will appeal to you. My only concern is how long can the fun last?