In an interview with ICv2 at San Diego Comic-Con, DiDio fears the decline is due to “an over saturation of product.”

It’s a lot of products.  There’s still a finite dollar in the marketplace, at least in the direct marketplace, that we see it recycles through.  The base price for periodical comics now is $3.99, for the most part.  I have to believe that some of that money goes to buying books at a higher price [rather] than buying a wider set of books that are out there.

We’re just keeping an eye on the market itself.  That’s one of the reasons why we’re trying different initiatives in other areas, because if there is a sense of contraction taking place, then we’ve got to show growth in areas that we think there’s opportunity, like the young adult market.”

DiDio would then point to new companies who are putting out new product.

“If you’re looking at the expansion of the market, we keep on seeing new companies being introduced every day.  They seem to be coming out with a much stronger amount of content, right coming out of the gate. It’s not a slow buildup, these guys are coming out on the ground running.  I think that’s probably adding that burden onto the retailers, not just the product line that we do.  Like we said, we’re pretty consistent with what we put out, but there’s just this constant introduction of new material and new companies that they’re constantly having to choose from.”

Jim Lee, DC Comics’ other Co-Publisher believes it has to do with the waning popularity of The Walking Dead.

“I think even The Walking Dead sales peak was probably prior to last year, the years before.  That was really an exceptionally great-selling trade that brought in a lot of customers that were buying other material as well.  As that show’s popularity has waned a bit, that’s impacted, obviously, sales for that book in the mass market channel.”

Lee also pointed to bad store traffic at Barnes & Noble, where they had been seeing higher returns on the book side.

“Right, but it was something that was endemic of brick and mortar in general.  I think they had a very soft fourth quarter last year.  Also, we were past the first wave of “Rebirth” trades.  From year to year, we had a much stronger 2016, versus 2017, in terms of the book trade product.

That was primarily it, I think.  On the front-list side, some of our print runs were not as high as before.  There’s some softness in that category in general.”

However, Lee was optimistic about single issues a.k.a. periodicals for 2018, but he’s still concerned about trade sales.

“That said, this year, periodical numbers have been exceeding our forecast, they’ve rebounded very, very sharply, very, very strongly for us.  There is some continued softness on the trade side that we’re concerned about.”

The latest report from Comichron still shows sales are down in 2018 compared to 2017. They note, “The quarter brought the year to $251.45 million, down less than 4% against the first half of 2017.” However, Lee’s optimism could be on to something. Comichron notes, “Second quarter sales were up 20% over those from the first quarter, underlining how much less material is in the system in wintertime; still, the quarter was a significant improvement, even accounting for that.”

They also included some graphs which spell it out quite clearly how the industry is still struggling in both total copies shipped and in dollars. 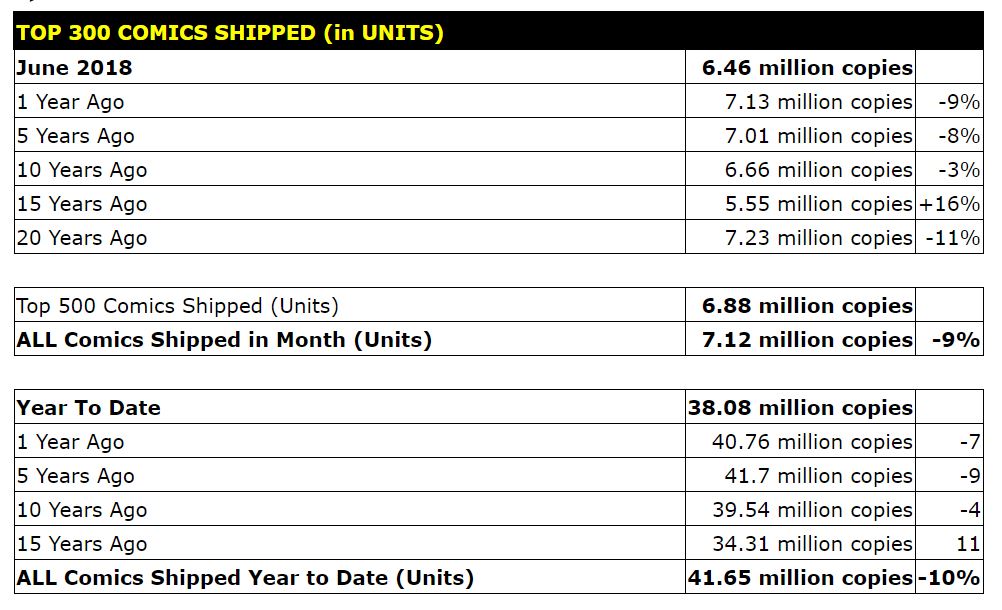 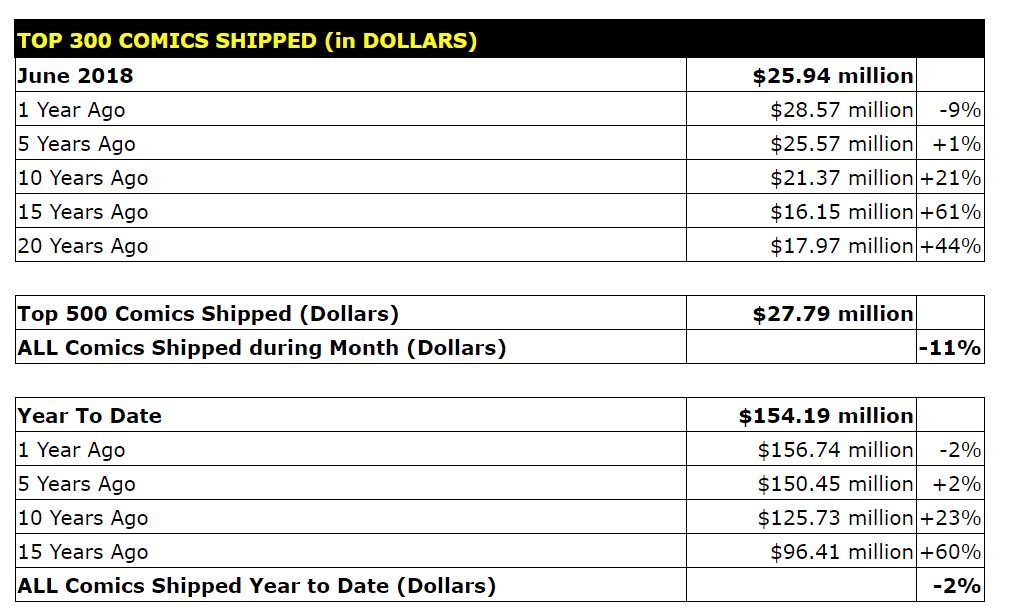 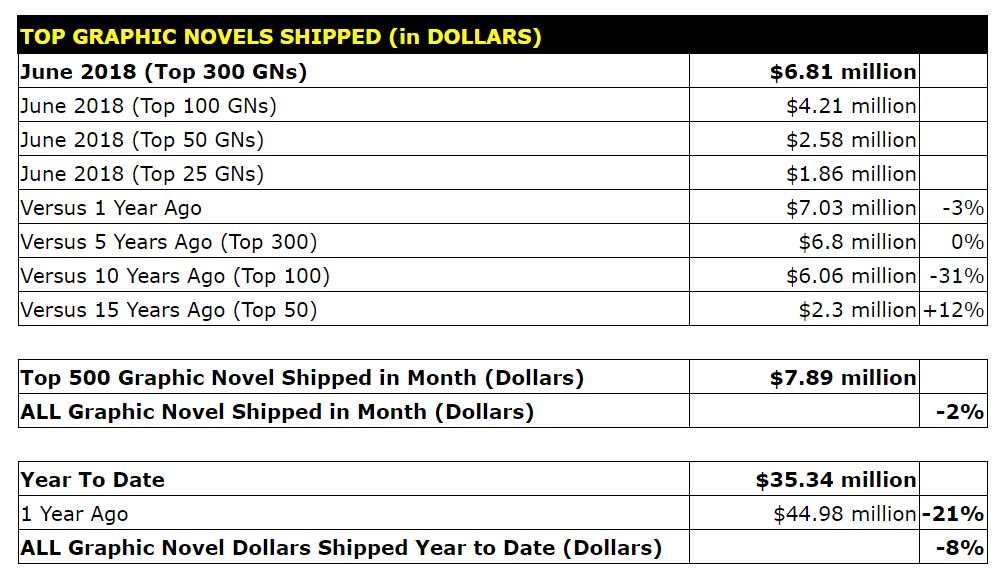 Lee’s analysis seems to be on point. Comic books a.k.a. periodicals are still down 2% from last year, but graphic novels and trades are down 8%. And overall sales are down 4%.

Do you think DiDio’s suggestion that over-saturation is causing a decline in the overall comic book industry?