Dragon Ball Super the series concluded earlier this year. Dragon Ball Super: Broly the movie comes out this December in Japan and early next year in the United States! It’s an exciting time to be a Dragon Ball fan. Most of the classic characters are returning for the film, including Goku and Vegeta’s family. However, it doesn’t seem like they’re going to be all that important. New character posters revealed in Japan have caused a bit of a Saiyan controversy.

The posters are undeniably awesome. Great artwork with an awesome perspective on Vegeta, Broly, Piccolo, Beerus and Whis, Goten and Trunks, and Goku. Nothing but some innocent and well-illustrated ads for the film, right? Well, fans have noted a couple of oddities about the posters.

It’s All in the Family 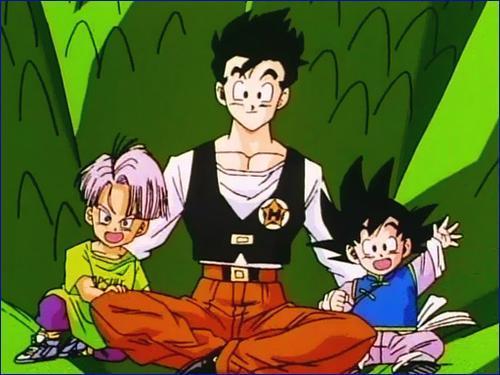 First off, does anyone else remember Gohan? You know, the prodigal and literal son of Goku who was trained by Piccolo? The teenager who stood where his Father died to defeat Cell.

Yeah, that Gohan. As you can see, he’s no where to be found in the above posters. One of the many issues fans had with Dragon Ball Super is that it basically ignored and mistreated the first son of Goku. While he was initially designed as a warrior who would take the mantle of power from Goku, he’s now more of a side character without much to do. While he has a much more important role in the manga, the series and movie seem to be ignoring him.

Another issue arises when glancing over at Trunks and Goten. Despite the fact that there is supposedly a time-jump between the series and film, they have yet to grow up. They still appear to be the very same age they were when the characters first appeared in the show as children. Other than the appearance of Future Trunks, Goten and Trunks have seemingly been 8-years-old since 1991. While Gohan has essentially been a wuss since about the same time.

It’s great to see the series will always involve Goku and Vegeta as main characters, but it might be time to give their kids the time of day. A powerful Gohan and an aging Goten and Trunks could be interesting characters to follow. Possibly even more than Goku and Vegeta. But it seems that fans are going to have to wait for the next entry in the series to see some possible change.