Red Hood and The Outlaws has always been a labor of love for me. I think I’m the only person who claims Jason Todd is his favorite Robin. I’ve always liked Jason for a lot of reasons, the main one being he was always the most believable. Since his resurrection (which I wasn’t thrilled about but it’s grown on me) I’ve been following his exploits and wondering how the hell Batman has been letting him slide for so long. I mean the guy has killed a pretty fair amount of people and been traipsing around Gotham for a couple years. Batman pretty much gave him a pass if he promised not to kill anybody again. Well that was fine until he shot the Penguin in the face last issue with the whole world watching. That’s right kids, Dad is pissed! 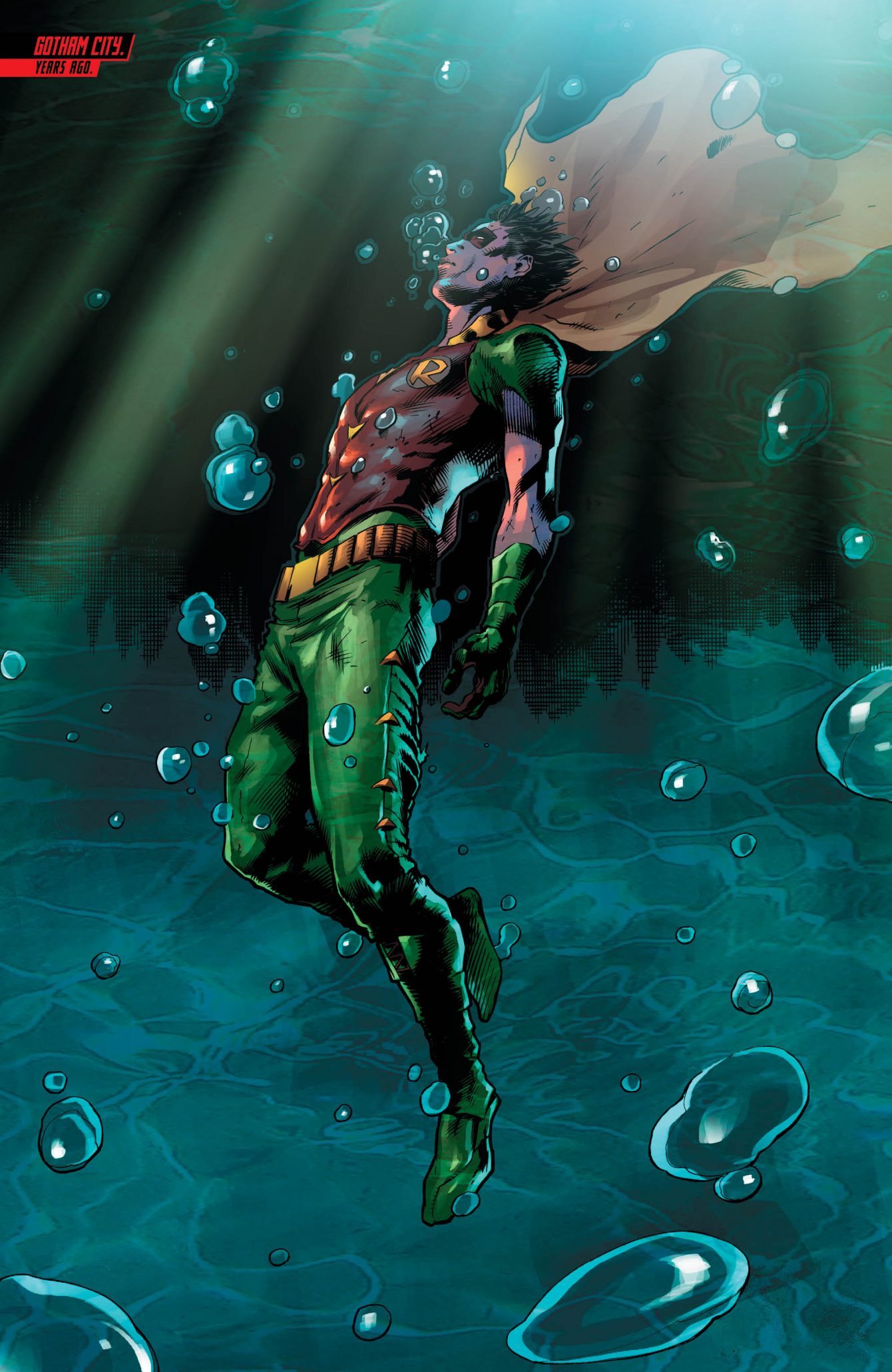 With a semi-big rebrand on the horizon, this issue starts with a bang in an effort to wrap up the current storyline.

We have two plot lines, the supporting cast tries to stop the hidden base from falling out of the sky and then Jason who is dealing with the fallout of his actions in the previous issue. This two-storyline format actually works pretty well for the book (having extra pages helps with that) as they culminate together towards the end. Both storylines flow together well with a cliff hanger that made me look forward to the next issue. 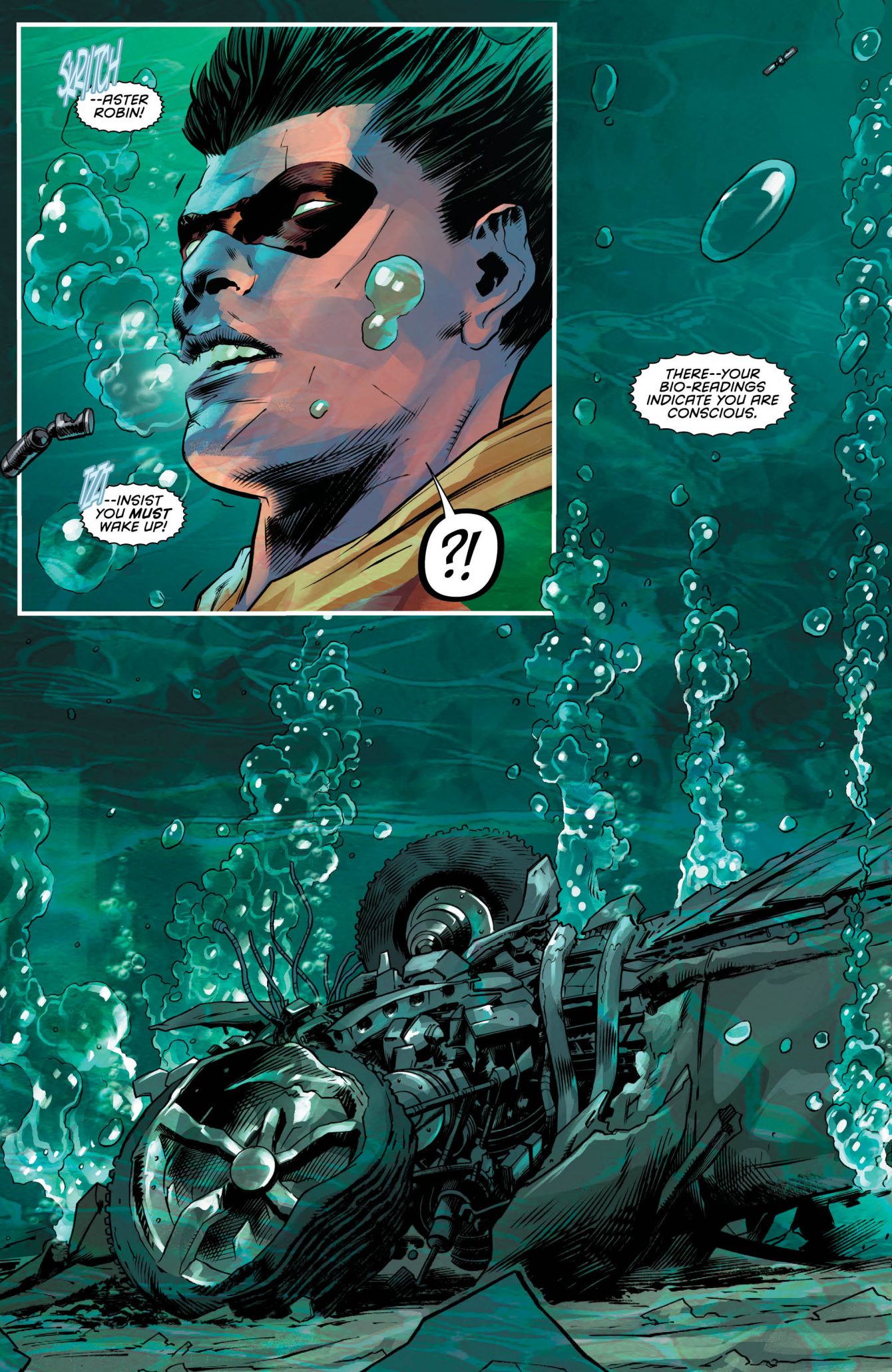 Scott Lobdell has been writing Jason Todd for a very long time and he makes the most of his interactions with Batman. I always liked when Jason calls Batman “Old Man” driving home the rebellious son/stern father dynamic. The line “You’re right behind me, aren’t you?” was perfect. I’m not the biggest fan of Bizarro or the way he talks, but he is Bizarro and his dialogue and interaction with Artemis seems natural enough. I’d be happier with this being a solo book, but the Outlaws part of it isn’t bad enough to really gripe about. 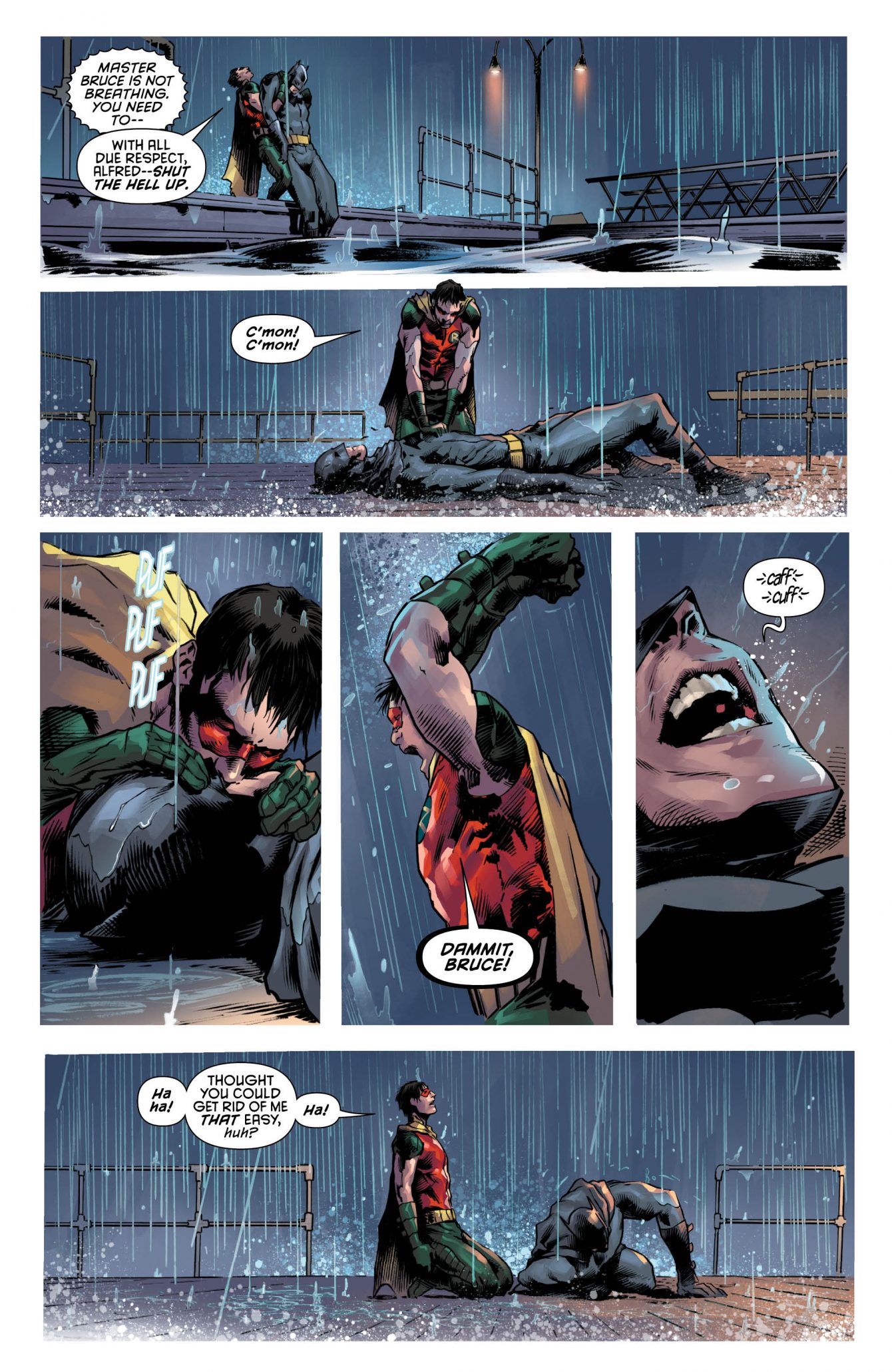 I was very happy with the art and color of the book. I liked the overall dark tone and the coloring complimented the art, which was something I worried about as there seem to be four artists and three colorists on it. I’m a stickler for facial expressions and the looks of despair throughout the book were pretty solid. They weren’t overly complex, but they told you that things weren’t going well and our characters knew it. The confused looks on some of the GCPD’s faces were light and put a smile on my face as well. I’d like to give an honorable mention to the variant cover by Yasmine Putri. After doing a little homework and looking at her other work, I think the sky’s the limit for her, and I hope she keeps doing cover work at DC for a long time.

I might be biased in my love for this book, I freely admit it, but the fact is this: if you wanted a Batman fight that was worth the price of admission as well as the wrapping up of loose ends and a cliffhanger, you’re going to like this book. The art is solid with some panels standing out in a way that made me go back and look at them more than once. I know we’re getting a new logo and costume next month and I’m excited to see how the now alone Red Hood faces whatever comes next.