StarCraft: Scavengers #1 was a pleasant surprise for me. The small-scale tale of space terror introduced readers to the doomed crew of the Magpie as they are beset upon by an unseen horror while they attempt to scavenge alien tech from a not-so-abandoned alien spacecraft. [easyazon_link identifier=”B07DVBGPDD” locale=”US” tag=”boundingintocomics-20″]Issue #2[/easyazon_link] picks up right where the first issue left off as we are thrown right back into the plight of the rookie Caleb and the rest of the terrified crew.

At this point in the story, the entire crew is well aware that there is some unseen malice killing off everybody. Things naturally devolve into a panic-stricken rush to escape the craft in one piece. There’s also plenty of classic horror movie tropes on display as the crew takes turns yelling at each other while loudly debating whether or not to make a run for it or venture back into the bowels of horror to attempt a rescue mission. Yes, it’s cliche stuff, but as a fan off these tropes I found it incredibly fun and familiar. Writer Jody Houser obviously has a deep knowledge and a healthy respect for the genre and fans of films like [easyazon_link identifier=”B00GQ4RUP2″ locale=”US” tag=”boundingintocomics-20″]Alien[/easyazon_link] will feel right at home here, whether or not you are a StarCraft fan. 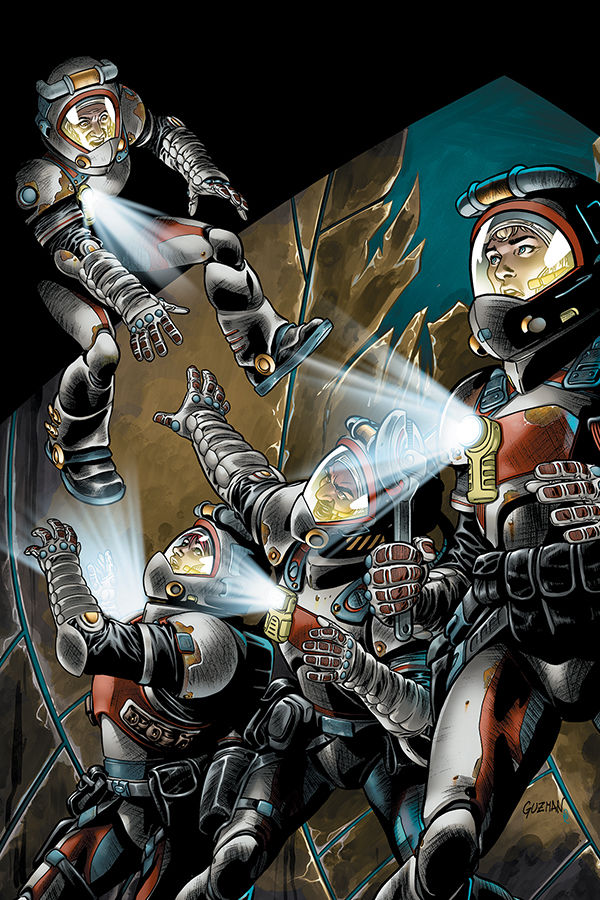 As much as I continue to enjoy this series, a constant of follow-up issues will always be that whatever punch that was served up in the first issue will naturally be somewhat diminished the second time around. It’s not  any fault of the creative team, it’s just an eventuality that can hardly be avoided. As it is though, the ambiance of horror that was established in the first issue is still present here and I appreciate the consistency and the commitment to the idea. Things could have easily (and almost did) devolve into a bullet-spraying shoot out in space, but the established tone of creeping terror is, for the most part, left intact.

The artwork from Gabriel Guzman is still a major player in that department. I was lightly critical of some small elements of the art on the first issue, but I’m completely sold on it this time around. The attention to detail is simply beautiful, which is an important aspect of a story that relies so heavily on atmosphere. Every panel has been painstakingly rendered and ensconced in shadows when appropriate. Guzman’s art even, at times, reminded me occasionally of one of my other favorite comic artists, Freddie Williams II. All in all, it’s great artwork that suites the story to a “T”. 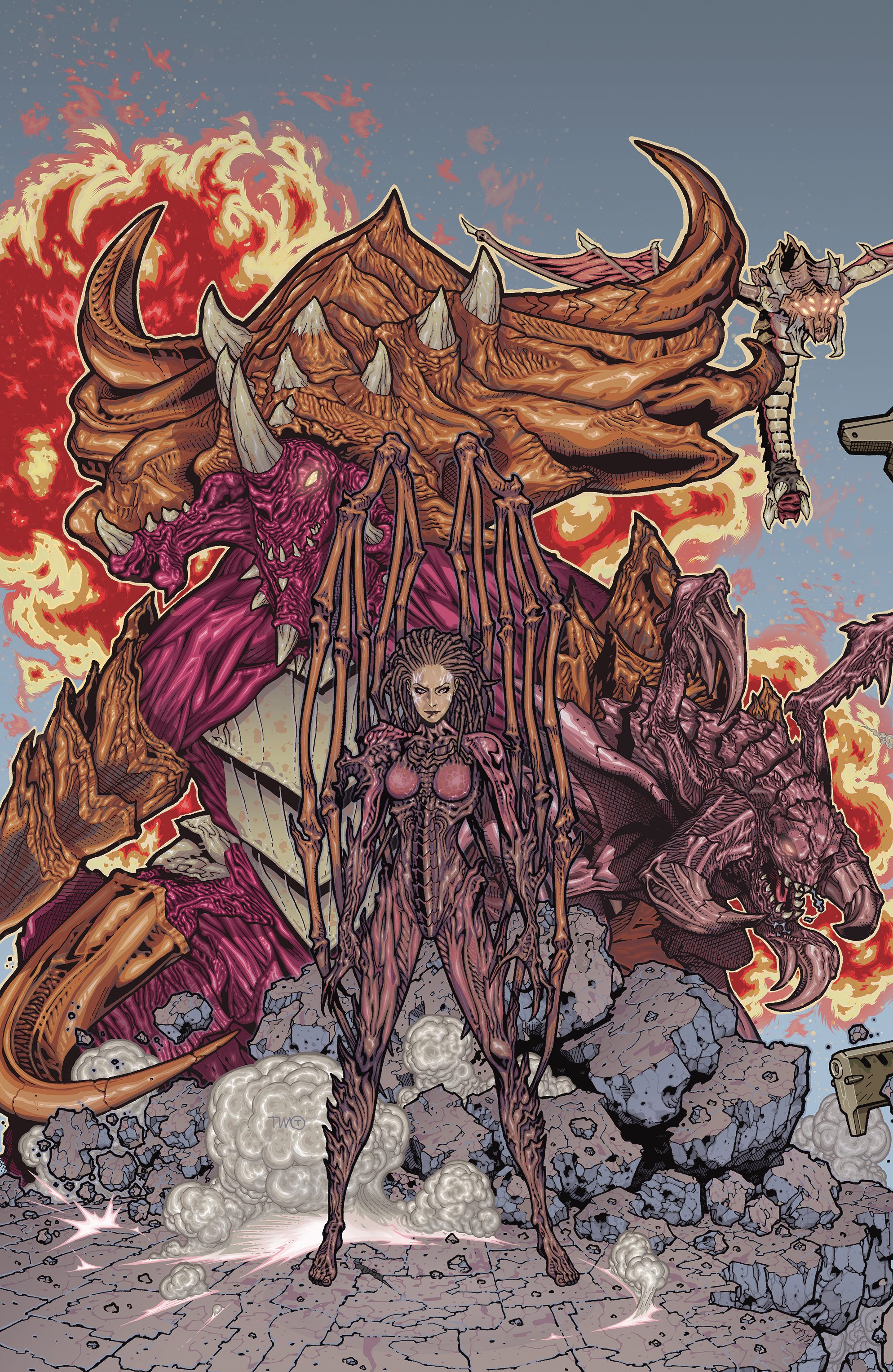 One aspect of the story from this issue of StarCraft: Scavengers that I missed from the first is the deeper dive into Caleb’s history and backstory. The first issue took a little longer to establish his mindset, motives, and history with another member of the crew. I realize that at some point you have to move on from flashbacks, but I would have liked a little more insight into Caleb as a character as he is, obviously, the major human player in the story. There was less time for this kind of exposition though, since the stalking horror on the spacecraft has been realized by the crew now, and the slower, creeping atmosphere has given way to a more rushed, panic-induced tone. It’s still scary and tense, but we have less time to spend getting to know characters personally.

While not quite as impactful as the first issue,[easyazon_link identifier=”B07DVBGPDD” locale=”US” tag=”boundingintocomics-20″]StarCraft: Scavengers #2[/easyazon_link] does an excellent job of maintaining the space-horror themed tone, even if it loses a bit of the impact as the pace of the story picks up considerably. That’s to say nothing of the genuinely surprising ending on the final page which changes the entire trajectory of the story. There’s reason to believe that we may be moving from Ridley Scott’s Alien to James Cameron’s Aliens. I sort of hope not, but even if it does, the team of Jody Houser and Gabriel Guzman has already proven that they know what they’re doing and we shouldn’t have anything to worry about.