Remy Etienne Lebeau, better known as Gambit, was created by Chris Claremont and Jim Lee and debuted in 1990 in Uncanny X-Men #266. Since then Gambit has become a perennial fan-favorite, thanks in large parts to his inclusion in the hugely popular run of the “X-Men: The Animated Series” (not to mention his relationship with Rogue, arguably the 3rd most popular X-Man of the show and perhaps the decade). Gambit has had more mini-series’ and on-goings than just about everyone this side of Wolverine, and these ten reasons are why he’s the best of the bunch.

Though his powers have been reinterpreted a couple times since his debut, it always ends in the same result. Boom! Whether he is forcing his own unique energies into an object, or tapping into the object’s own potential kinetic energy (two very different explanations), an explosion has always been what follows. The larger the object, the more time it takes to charge, which is why he uses cards. He can manipulate them quickly, and carry lots of them.

However, making things explode isn’t the only application of his abilities. Gambit can create a varying degree of results that fall short of a full-blown explosion, such as allowing the charged object to harmlessly disintegrate. Another effect he does quite often is charge his staff, which simulates a sort of super-strength upon impact with the target. The nature of Gambit’s powers also makes it difficult for telepaths to read, or detect his thoughts. 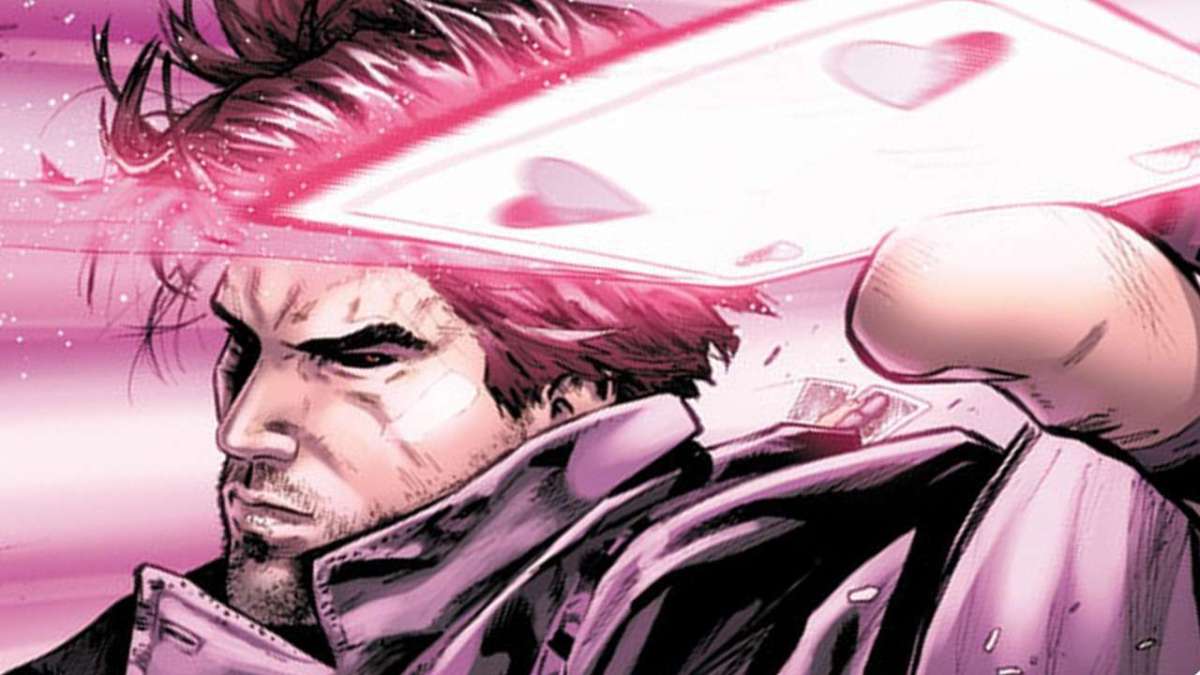 Outside of growing up as the son of the leader of New Orleans’ Thieves Guild and Lebeau Clan (which made him something of a prince), Gambit amassed a small fortune for himself as a world-renowned super-thief. While that hardly justifies dubbing him “rich,” there is also that time when Gambit went back to 1891 and pulled a full-on Biff Tannen (sans the whole destroying time thing). After doing his whole hero-thing, Gambit put some investments into play… an adventure that may also be responsible for gifting Mr. Sinister the ability to shapeshift. Good job there, Remy. 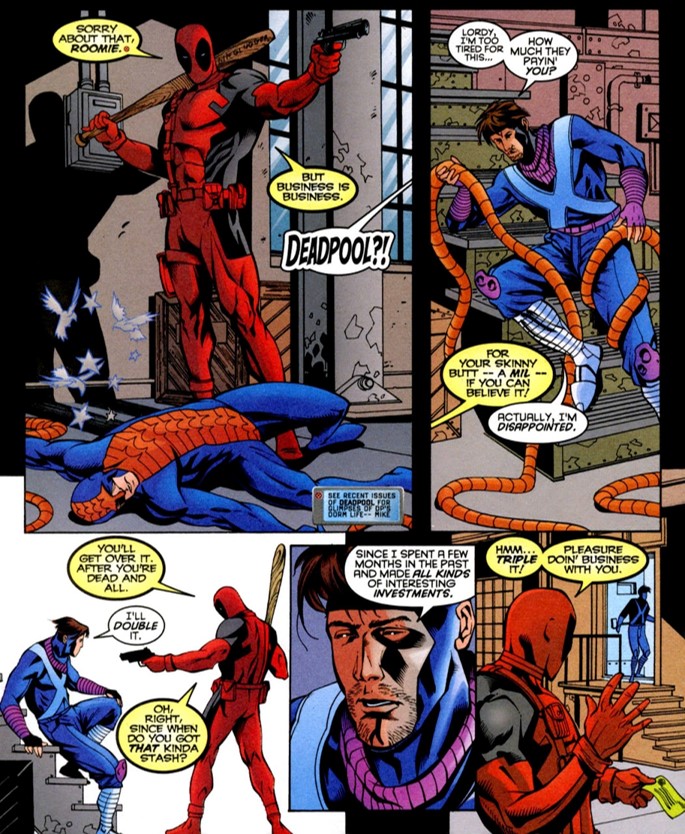 During the 90’s, Gambit and Rogue inspired gigabits of fan-fiction. None more impactful, better known, or renowned as Lori McDonald’s, The Gestalt Arc. In this NSFW tale, Remy Lebeau received the middle name, Etienne. Since then, it’s become canon. It’s even reflected on Marvel’s official website.

4. He’s beaten some of the best there are, at what they do

Gambit has been looked at as one of the best hand-to-hand combatants in the Marvel Universe (an observation made by Col. Nick Fury, himself). Along with growing up as fighting members of the NOLA Assassin’s Guild, he’s a master Savate practitioner. He also mixes world-class acrobatics into his fighting style. Gambit’s uncanny reflexes are so swift, he once out-maneuvered Iron Man’s targeting systems! Gambit has either beaten or fought to a standstill some of the greatest fighters; Blade, Daredevil, Deadpool, Wolverine, Sabretooth, Bishop, Spider-Man, and even the Shi’Ar Empire’s Gladiator. And then there’s Captain America… but we don’t talk about that. 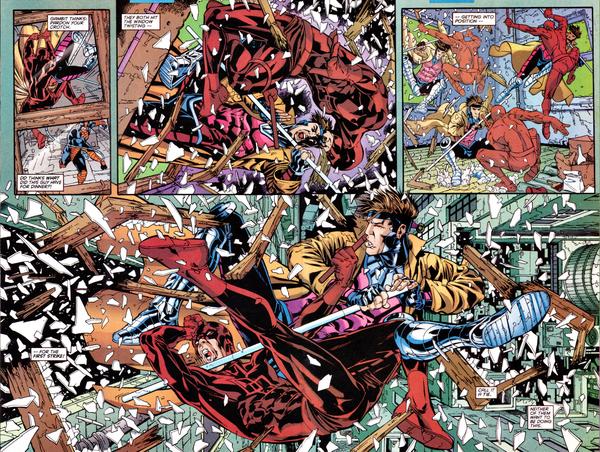 In the closing issues of the James Asmus written solo-series, Gambit took a step beyond simply being a member of the New Orleans Thieves Guild. He became the leader of the International Thieves Guild. A centuries-old network of outlaws, spies, and other unsavory types. Probably not the most flattering light for a hero-type. But, yeah, still rich.

Gambit is a fan of both the Star Trek and Harry Potter franchises. 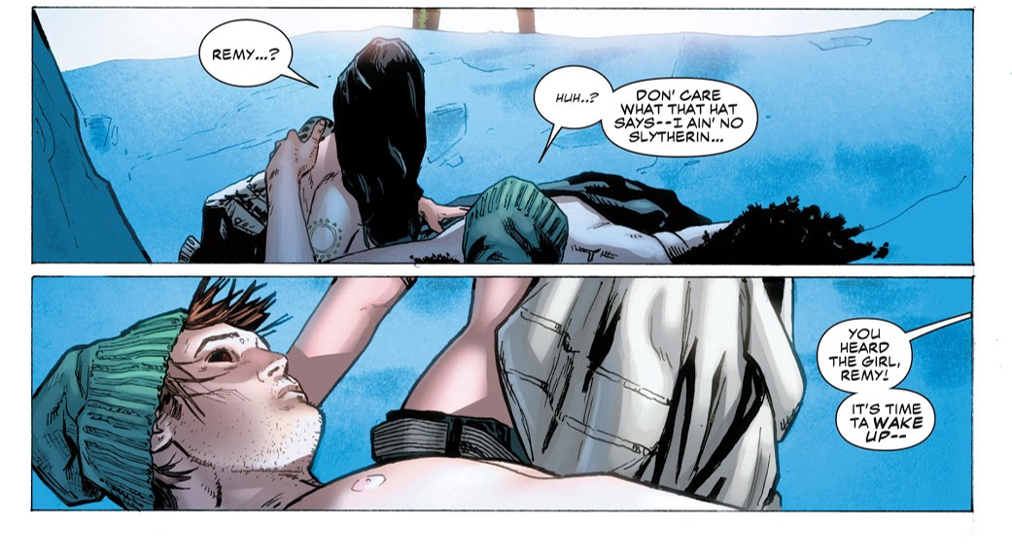 7. He’s got a checkered past

As a young man, Gambit has had dealings with Sabretooth, Mr. Sinister, Candra, and Frenzy, and is the person that first brought together the hit-squad, the Marauders. Due to some of these disagreeable encounters he’s also, in a way, responsible for the Morlock Massacre. In more recent history he was once the unwitting Horseman of Apocalypse, Death.

8. He stole the Batmobile

Though it may not look it as of late, Gambit is an accomplished thief. To save a friend’s life, he bypassed Tony Stark’s personal security system and stole one of the Iron Man suits. Most recently he helped himself to Kitty and Colossus’ wedding, and at Storm’s request, he even stole Fantomex. And, yes, during the classic Marvel Vs. DC crossover event, he, alongside Wolverine, jacked the Batmobile. 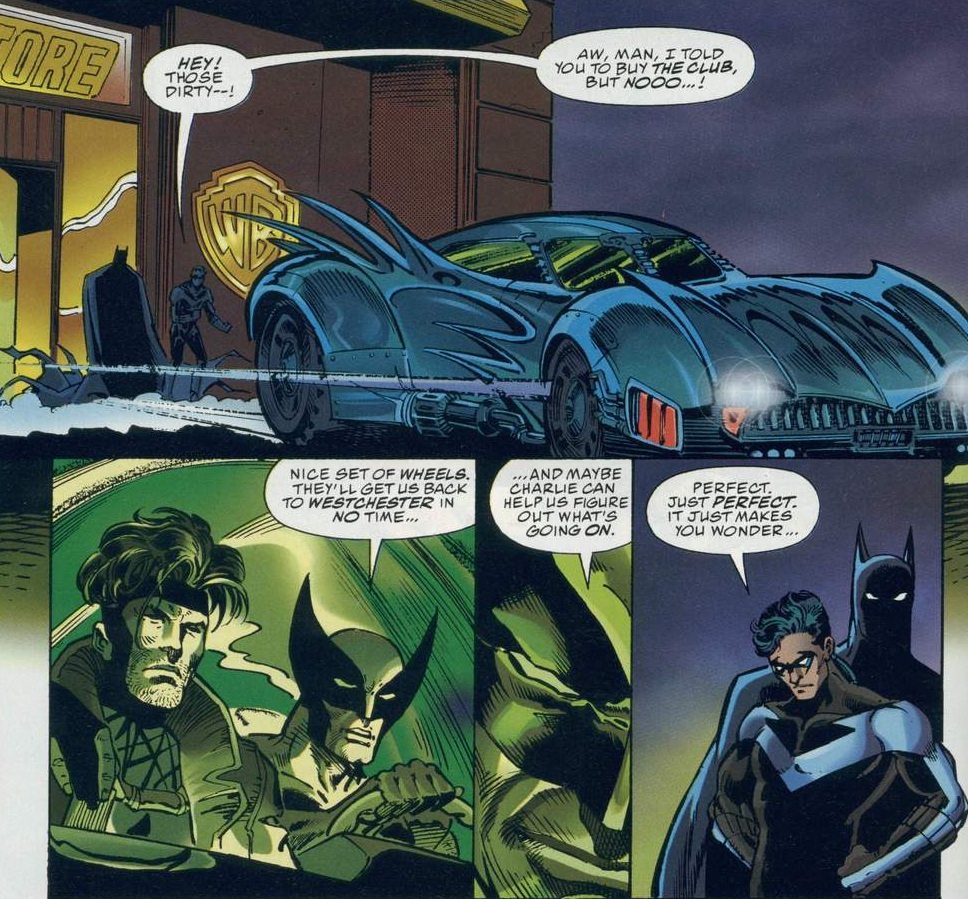 After sustaining wounds at the hands of X-Treme X-Men villain Vargas, Gambit’s heart stopped in the middle of an operation. Rogue, near death herself, crossed-over with Gambit and pulled him back from the gates of Heaven in time to be revived. The second time, he just got shot in the head by a gangster named Borya Cich. Luckily, Faiza Hussain was present to magically reassemble his head and all its contents. 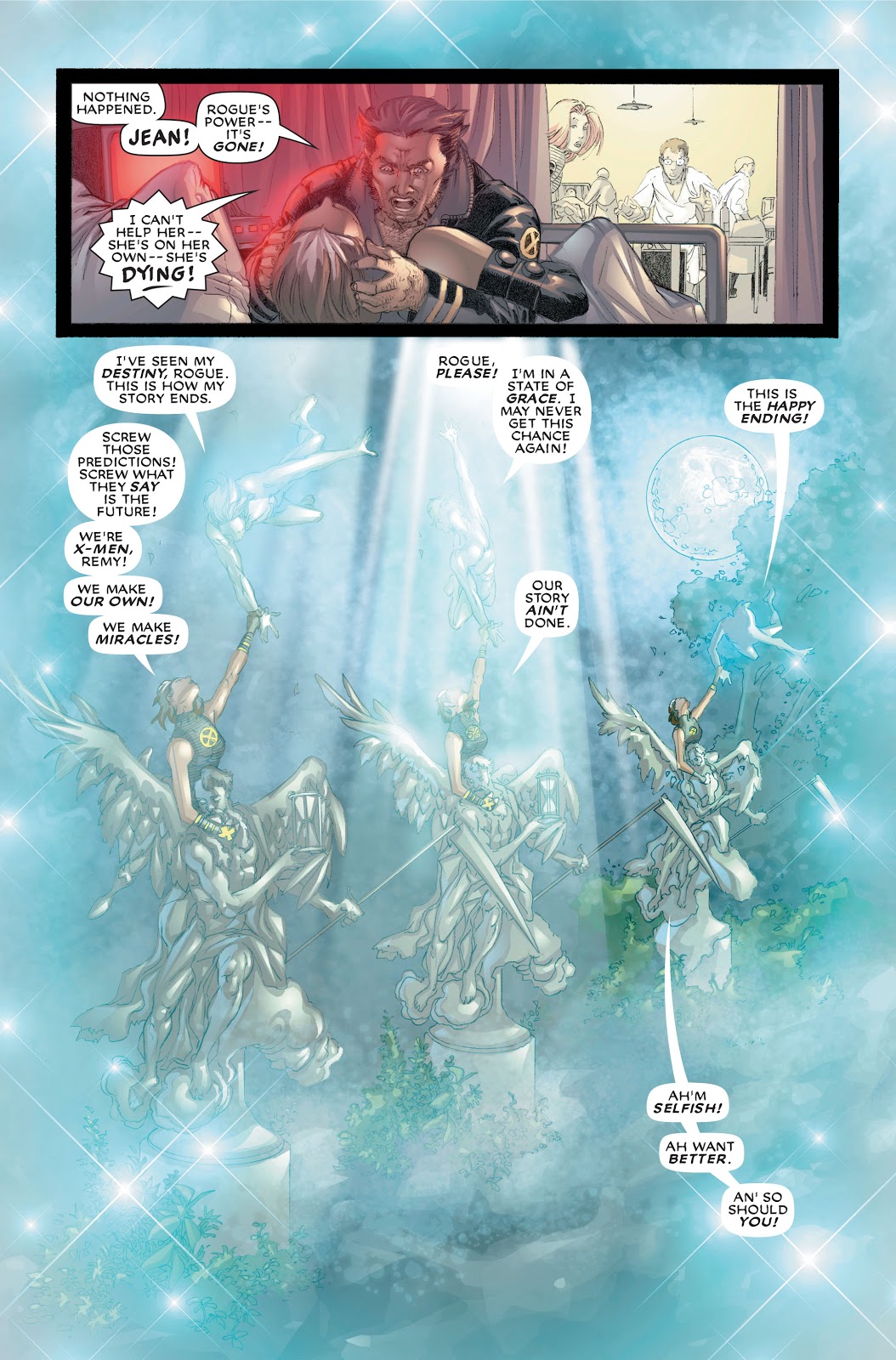 10. A version of him from an alternate-reality killed the Dark Phoenix

In the main timeline, Gambit went to Mr. Sinister for assistance with controlling his powers – which were rapidly growing out of his control. However, in another reality, Gambit’s powers were left to mature naturally. In that universe, he still became an X-Man, albeit much sooner. With his god-like abilities, he singlehandedly defeated Apocalypse and killed Phoenix! Later, while investigating a prophecy and ritual that involved him, he inadvertently scorched the entire planet, leaving no one alive but himself. 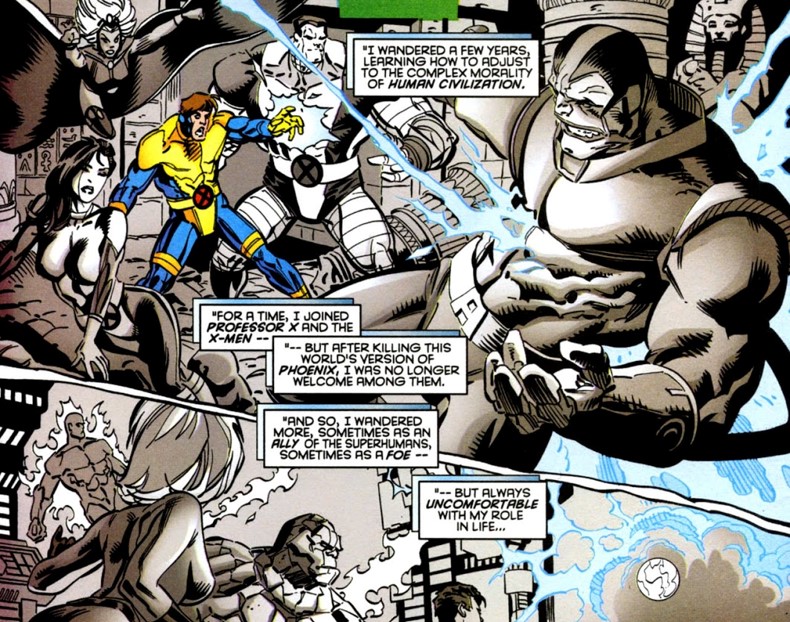 He truly is the best X-Man.