“We demons were here first, Missy… and we’ll be here last.”

Fans that are accustomed to the storytelling stylings of Joss Whedon on TV will feel right at home with the Dark Horse comic, Buffy the Vampire Slayer: The Reckoning #3, Season 12. While not an exact replica of what one would expect from the Scoobies on the small screen, it’s darn close. With writing aid supplied by Buffy universe-vet, Christos Gage, Joss successfully mixes elements of horror, action, and comedy so well that the happenings in the foreground will oft distract the reader from the gravity and utter finality of the moment (keep an eye on the characters in the background). 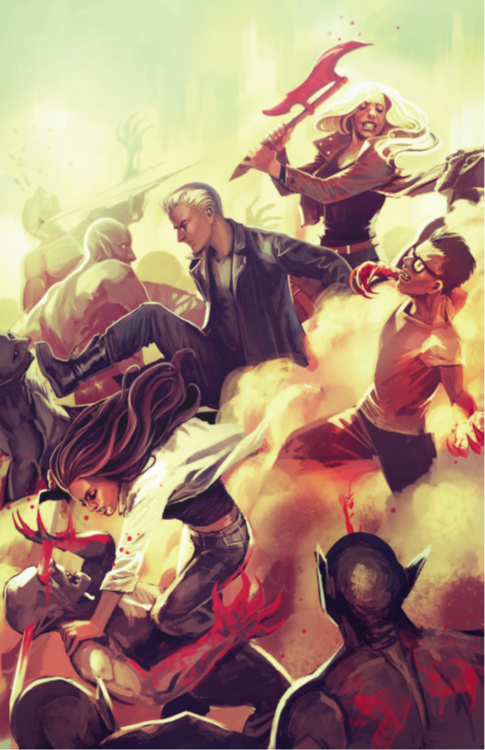 The issue starts off in a very BtVS-way. Buffy and friends saying their final goodbyes to one another before they set off on another life and death situation/war with sharp, pointy objects in hand. Again, if you grew up with the show, this isn’t anything new. However, writers Whedon and Gage succeed in making it not come off as cliché, but have each conversation contain real levity. Each character accepts that they may not come out of the coming battle alive. Even those that haven’t been following each added comic book “season” after the television show wrapped with its 7th back in 03’ (this is the 12th), the characters feel familiar enough so that you’re not completely lost. If for someone reason you still are, that’s what wikis are for, people. 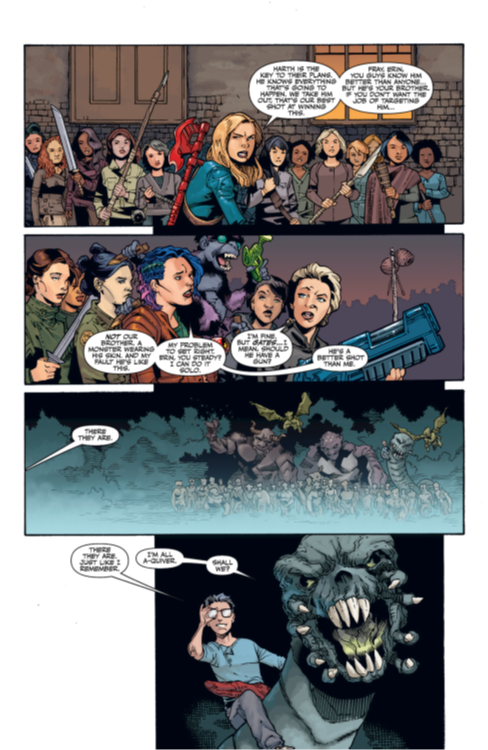 The story in of itself is exactly what a penultimate or season finale of Buffy should be. It’s funny, tragic, and sometimes horrifying as we watch our heroes, fight, quip, and sometimes die in gruesome fashion. Readers just jumping on with issue #3 will be presented with some new faces, but also be treated to many familiar ones as well. Including everyone’s favorite juice-cup sipping, once-upon-a-time-nemesis, Andrew Wells.

“But why? I’m way less useless in a fight than I used to be!”

Pencil work is handled by Georges Jeanty and I must admit, for me, it may be the books lower point. It’s not bad, please understand, but there are some trouble spots, mostly with the happenings in the background. For the most part, it’s fine, even if some faces/characters are immediately recognizable. I noticed Buffy looks more like Buffy in the latter half of the book than in the beginning pages, whereas Faith, Xander (he’s got an eye-patch, so that’s kind of easy), Angel (the forehead), and Spike (despite his likeness to Billy Idol) are all immediately, and consistently, identifiable throughout. 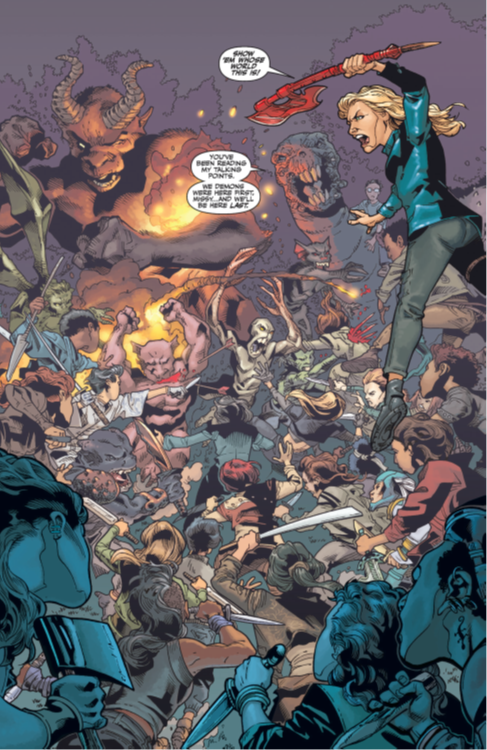 Dark Horse’s latest offering of Buffy the Vampire Slayer is basically everything you’d expect out of the franchise. Perhaps to its detriment. It can be a lot of the same. But if you’re a 90’s kid (like Moi), then this is probably your bread and butter. Visuals are adequate (generally), and all the characters speak in their usual, if not sometimes tone-deaf, manners. Fans of the franchise will most likely jive with all BtVS: The Reckoning’s storyline, where those not used to the rhythm of Whedon’s universe, may find it off-putting. But what kind of dweeb doesn’t like the Slayer?