Comic book movies are all the rage these days, and while some smaller titles and indie comics have gotten the silver screen treatment in the past, the bulk of the films produced come from Marvel and DC.

While they have ranged in quality from fantastic, like Avengers: Infinity War or Captain America: The Winter Soldier, to the excretory, like Justice League and Suicide Squad, (notice a pattern here?) they rake in the cash like nobody’s business! While the world is enamored with the comic book translation to the silver screen, we here at Bounding Into Comics would like for some of the little guys to get a shot at the big screen.

To that end, here is my personal and objectively perfect list of five lesser known comics I’d like to see get the movie treatment!

If you missed out on Image comics’ and writers Sebastian Girner and Jody LeHeup’s hilarious Shirtless Bear Fighter run, then you owe it to yourself to seek it out! Unless you hate good things; in that case just don’t bother. Shirtless Bear Fighter was a breath of fresh air when it punched its way into the comic scene in June of 2017, and the logical next step is to put it on the movie screen.

Its literal approach to its subject matter and its completely absurd universe would make a hilarious movie in the right hands. It would be ridiculous entertainment for ridiculous entertainment’s sake, and in a landscape of comic book movies that are taking themselves so seriously, Shirtless Bear Fighter’s ludicrous sense of humor would go a long way in setting it apart. However, it’s selling the title short to not appreciate its emotional resonance as well. Surprisingly, Shirtless bear Fighter manages to carry some significant emotional weight and it’s this aspects inclusion that would allow for the inherent silliness that would obviously accompany it. Shirtless Bear Fighter’s shtick may eventually wear thin as a TV show, but a good two-hour movie seems like the perfect fit! [easyazon_link identifier=”1534305300″ locale=”US” tag=”boundingintocomics-20″]Grab Shirtless Bear-Fighter Volume 1 here.[/easyazon_link] 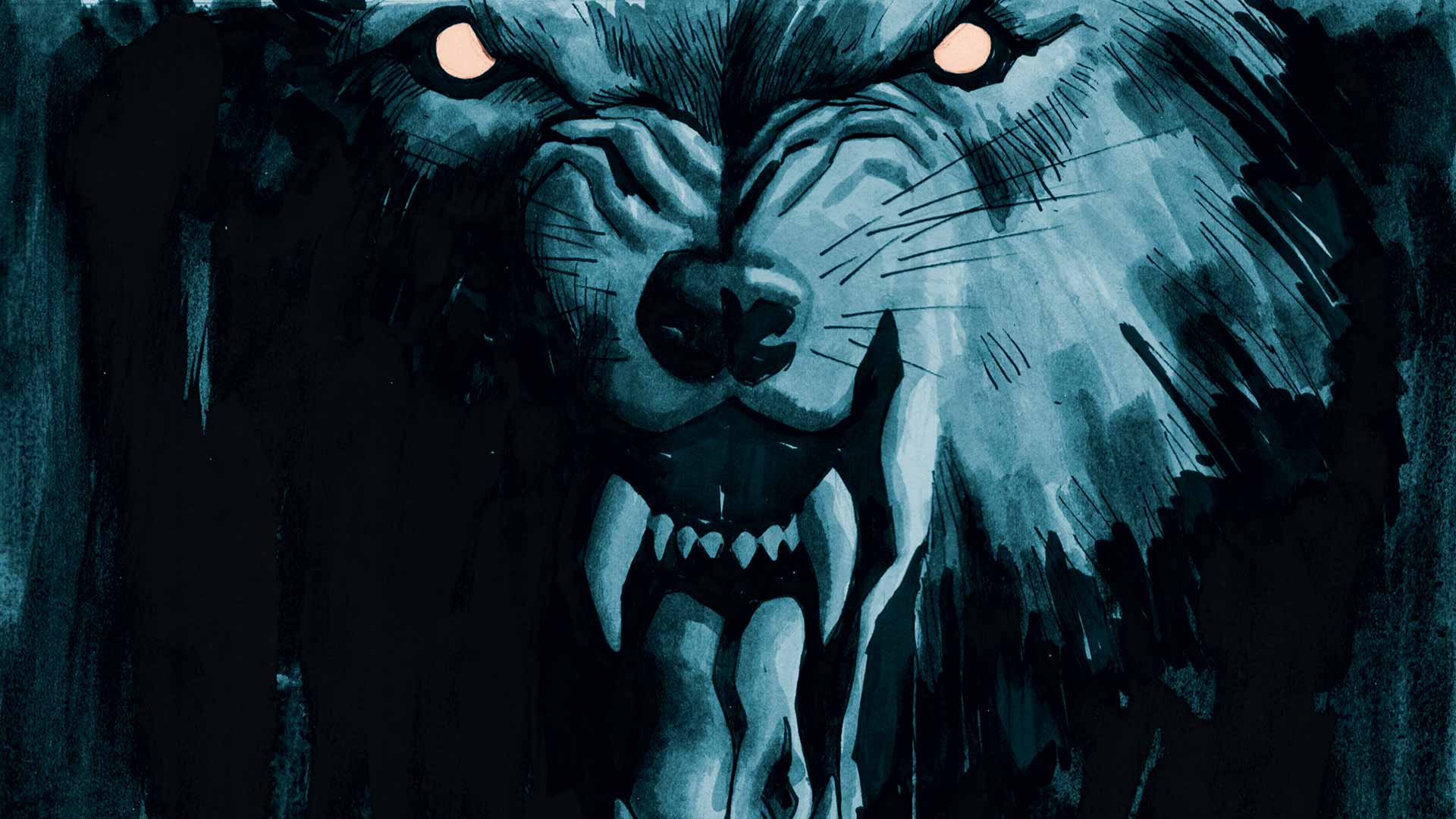 Can you ever have too many werewolf movies? Well, no not really. It’s about time we get another one too, since the last great one we got was Dog Soldiers all the way back in 2002! Although most werewolf movies have been less than stellar, there have been enough that have wowed me to the point that werewolves have cemented their place as my all-time favorite monsters. For this reason, Cullen Bunn’s under-appreciated gem, Wolf Moon, deserves the silver screen treatment, and I deserve to go see it!

A lot of werewolf movies and books suffer from trying too much to paint the werewolf in a sympathetic light; a sort of tortured soul longing to escape their fate. Cullen Bunn eschews all pretense of this trope and makes the wolf exactly what it should be: an unsympathetic, terrifying monster. Sure, he plays around with the mythos of the werewolf lore a bit, but it does nothing to strip the story or its monster of what makes werewolves great fun to watch on screen. As long as the soul of Bunn’s work remained intact and practical effects were employed, Wolf Moon could be a classic in the werewolf movie genre. [easyazon_link identifier=”1401257747″ locale=”US” tag=”boundingintocomics-20″]Grab a copy of Wolf Moon and help support Bounding Into Comics![/easyazon_link] 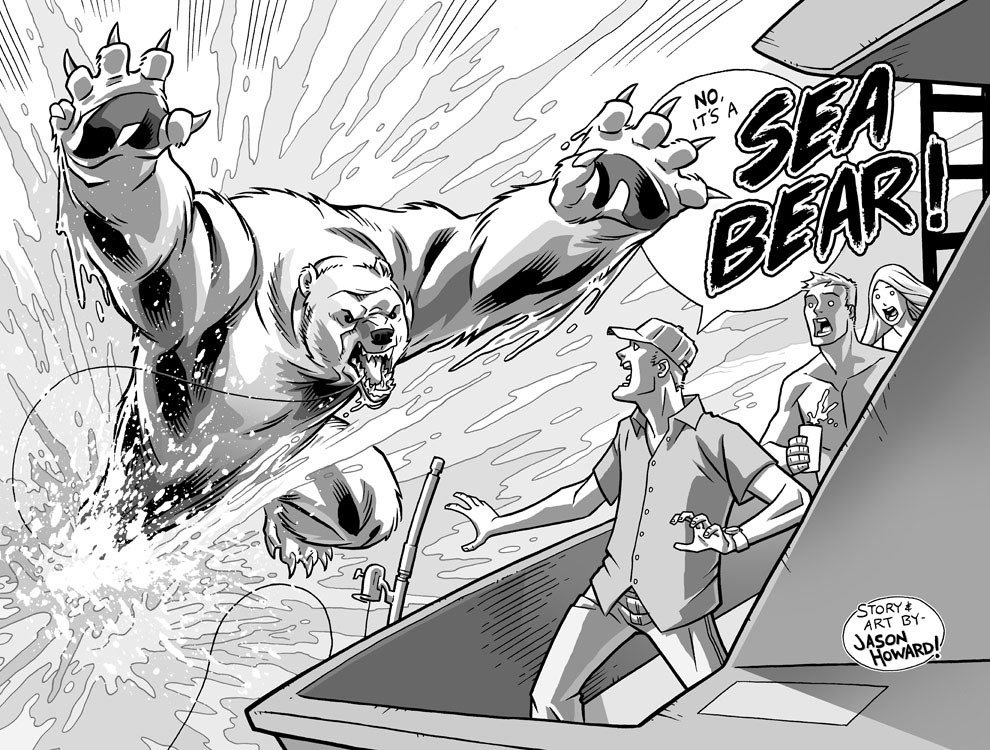 In 2010 Image Comics released a fun one shot, Sea Bear & Grizzly Shark. The oversized comic was split into two stories, one focusing on Sea Bear and one focusing on Grizzly Shark, both written and drawn by two different people; Jason Howard and Ryan Ottley respectively. Grizzly Shark, of course, took off in popularity and he’s even got his own comic series going now. People love any time sharks are put into crazy situations, as evidenced by the glut of ridiculous (albeit entertaining) cheap, B-grade shark movies.

However, Sea Bear gets a bit overlooked and I’d love to see him get his own feature film. While Ottley’s Grizzly Shark story was largely a slapdash of funny, bloody vignettes, Howard’s Sea Bear story followed a much more traditional narrative, and while it never hides from its ridiculous premise, it treats the subject matter seriously. There’s some interesting lore built into the fabric of the Sea Bear story and this facet would help the comic work as a film in a way that something like 2 Headed Shark Attack simply doesn’t. Sharks may get all of the love in pop culture these days, but Sea Bear is a more fleshed out character and he deserves a shot at the film world. 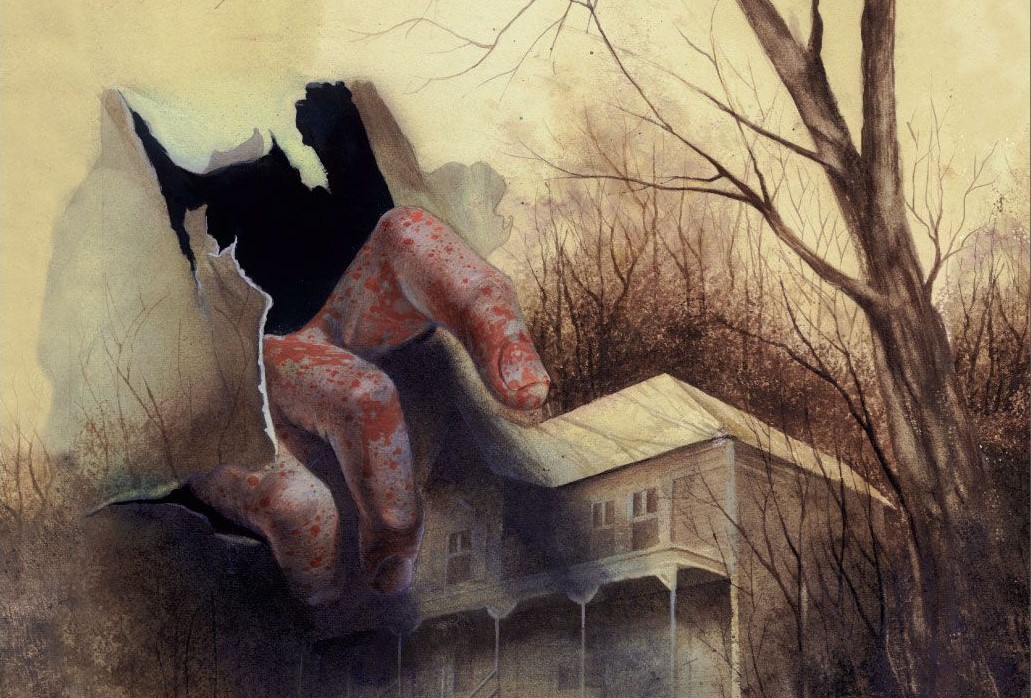 There’s just something about the early American setting for horror stories that runs chills up and down my spine. That creepy ambiance where everything is unsettled, dusty and creaky; not to mention being far removed in time from any technology that may aid you if you fall into trouble. That aesthetic was captured brilliantly by writers Scott Snyder and Scott Tuft and artist Attila Futaki in Image Comics’ Severed.

My favorite scary movies are the ones with a slow, deliberate burn with more creepiness than outright scares. An unsettling atmosphere is immeasurably more potent than loads of gore, and that is what makes Severed such a prime example of a comic story that needs a movie translation. One part coming-of-age story and one part horror story, Severed would make a wonderful addition to the horror genre, as long as it was in capable and restrained hands. The setting is perfect, the aesthetics are unsettling, and the antagonist himself could make one of the best movie villains we’ve seen in a long time. [easyazon_link identifier=”1607067153″ locale=”US” tag=”boundingintocomics-20″]Grab Severed here![/easyazon_link]

Never heard of this one, eh? That’s OK. This obscure comic is actually most well-known as the first comic superstar Jim Lee ever worked on. It’s pretty hard to find at this point, and I was lucky enough to find it for $1 in a musty box at my local comic shop. What is overlooked about this comic, however, is that aside from being a teeny bit historic as Jim Lee’s first work in comics, it’s actually a whole heck of a lot of fun!

Samurai Santa could be a great new addition to those fantastic martial arts movies we used get. Besides a select few, they were hardly what you’d call “good” movies, but MAN, they were a good time for a few hours on the big screen! Samurai Santa is a silly premise that knows exactly what it is, but instead of drifting into self parody, it keeps the focus on fun action and satisfying set pieces. Entertainment these days, be it movies, comics, or whatever, tends to be so pretentious and self-serious. A wild Christmas movie like Samurai Santa could be just what we need to remind people that entertainment is supposed to be fun. I know I’m probably in the minority here and most people would roll their eyes at the thought of a Samurai Santa movie, but I, for one, would be there opening night!

There you have it, folks! Inarguably, the greatest list ever made! (Until I make another list) These five will probably never actually see the light of day as a movie, but that’s what I get for having weird tastes. I’d watch every single one of these, but what about you? Agree with me? Disagree with me? Wanna fight about it? Let us know which comics YOU’D like to see get the Hollywood (or straight to DVD) treatment!