Legendary artist Bill Sienkiewicz took to his Facebook page on Thursday to make a post declaring his opposition to the ComicsGate movement and decry supporters of the movement.

Bill Sienkiewicz, veteran artist behind such titles as Marvel’s Moon Knight and New Mutants, began his statement by declaring himself as a position of authority in comics, due to the fact he felt called to be a creator:

“To begin.
I’m convinced Comics chose ME as a practitioner, emissary, evangelist, what-have-you—rather than the other way around.
Perhaps that’s why I tend to view most other creators through a similar lens. Whatever the actual reason people create comics, tell stories, live in this world, it’s still a wonderful calling.
Creators are family; every voice is unique and necessary.”

This opening salvo is quite hypocritical, because though Sienkiewicz states that no matter who is creating comics, they are deserving of validation, Sienkiewicz’s stance (as will be detailed in his post) and that of many professional creators is that the industry has no room for creators who do not share their exact political and social beliefs. It’s a poignant thought (and a point espoused by many ComicsGate creators) that seems to be betrayed by the rest of his post.

“That said, Comics sure as hell didn’t choose the so-called Comicsgate contingent to promote hateful, misogynistic and plain-old-ugly dogma. No, these ‘Gaters- you guys- you brought that ugliness all by yourselves.

To be honest, I just don’t get your deal. Are you so insecure, so afraid, so fearful of the prospect of bearing the ‘incel’ moniker, or by sharing creative space with someone with more estrogen than you- that you’re all somehow threatened to your very manhood or your livelihood? How super-heroic of you.”

It appears that Sienkiewicz has bought in to the same tired rhetoric that has been espoused by numerous creators over recent years: the belief that ComicsGate is a hate movement spear headed by angry, stereotypical ‘incels.’ The movement is not inherently ‘misogynist.’ Numerous female creators and their runs are celebrated, such as Amanda Conner’s [easyazon_link identifier=”1401229107″ locale=”US” tag=”boundingintocomics-20″]Power Girl[/easyazon_link], Sara Pichelli’s continued art assignments, and even some of staunch anti-comicsgater Gail Simone’s work (such as her [easyazon_link identifier=”1401250750″ locale=”US” tag=”boundingintocomics-20″]Secret Six[/easyazon_link] run for DC).  In fact, there are a multitude of female fans and creators that support ComicsGate. 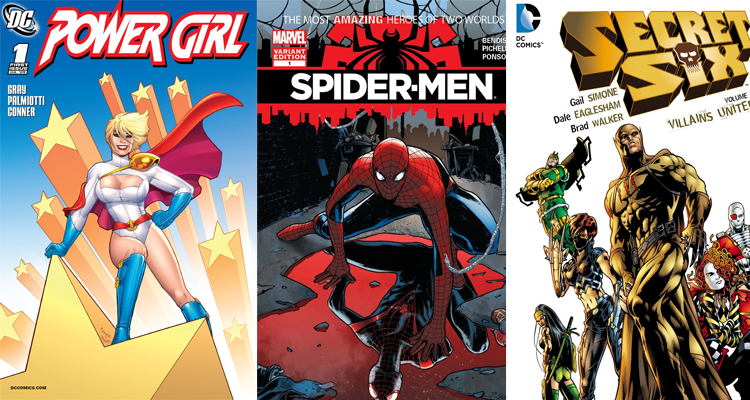 I’d ask you to explain it to me, but frankly what I’ve heard from your quarter already bores me; as well as just plain pisses me off. I f****** despise bullies. Cowards.

What you’re each promoting individually is not some divine creative dispensation; it’s just you being an a**hole. Collectively, you’re a gaggle, a clan,(-potentially with a k unsubtle as that shot may be)- a veritable bag’s worth of douches. Whatever the name you give for your assembly, you’re not the Avengers. You’re still just a bunch of a**holes.

Not only does Sienkiewicz equate supporters of ComicsGate to abominable hate groups, he again undermines himself by acknowledging that he has no interest in listening in good faith to the people who support ComicsGate. He would prefer instead to take the lies and smears being espoused by one side as fact at face value. How can Sienkiewicz claim to be informed if he will not allow himself to hear all sides of the issue?

As the post continues, he again reiterates many of the same tired talking points that many ComicsGate critics have accepted as fact:

Comics isn’t a boys club. It’s not “NO (insert ethnic group, gender, religion, sexual preference here) ALLOWED.” It’s a club , a meeting place a forum for creators. Of all stripes. Like a real life Legion of Super Heroes, or a Justice League. Only with pen and ink paper and Cintiqs and laptops and…

Stop being the creepy racist misogynist uncles showing up at reunions and pissing in the punchbowl to disprove your beta standing. Stop being the weird cousins the entire world points to as the definition of every “comic book nerd” stereotype. Or do it far away from us. Stop being whiny misunderstood victims bitching bout favoritism, intolerance, and sexism. You’re slinging inky-black aspersions, obliviously crying racism in your Wite-Out™. You’re damned right some corrections need to be made; starting with the guys in the mirror first. 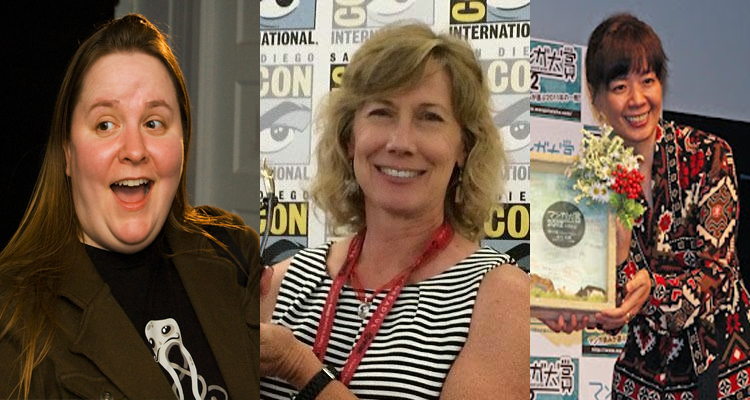 Pia Guerra, June Brigman, and Hiromui Arakawa are just some of the female creators constantly praised by alleged ‘misogynists’.

To call the movement racist is also in poor taste, as people of color are represented heavily in the movement. Race has also been a non-factor in comics for some time, with creators like Christopher Priest who is currently producing a fantastic run on DC’s [easyazon_link identifier=”1401268234″ locale=”US” tag=”boundingintocomics-20″]Deathstroke[/easyazon_link], Image Co-Founder and current DC Comics Co-Publisher Jim Lee, and long-time The Amazing Spider-Man artist Humberto Ramos enjoying long and celebrated runs and careers. If the goal of the movement is as intolerant as Sienkiewicz believes, then creators such as the aforementioned would be denounced and lambasted by ComicsGate, rather than receiving the praise and support seen for these and many other non-white creators. 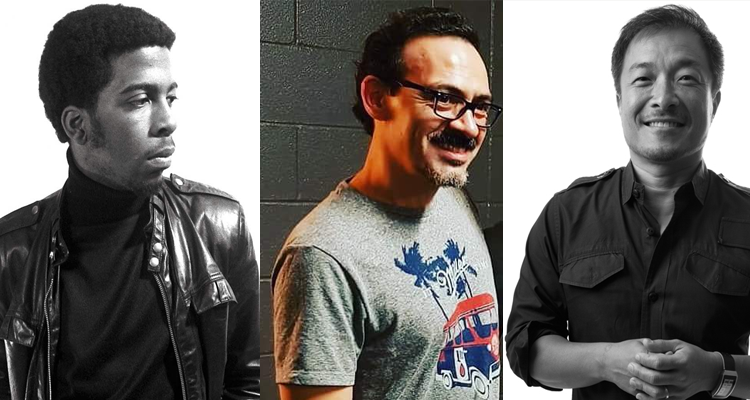 Christopher Priest, Humberto Ramos, and Jim Lee have received unrivaled praise for their works from the so-called ‘racists’.

“So stop being awful ambassadors for the worst of our natures. Stop being brownshirts. Stop being goddamned ugly dicks. And to re-jigger an ugly phrase you sling at women, I’m instead going to channel it here in the spirit of my Aussie friends: Stop being such insufferable clueless cunts.

The medium didn’t call on you to be the best version of assholes you could be. Neither did we.

Either step up. Or step off.

We, Comics, and The Audience- will be absolutley fine without you.

And you won’t be missed one damned bit.”

Amid the usual insults flung from comics professionals towards the movement, Sienkiewicz touches upon the stale, posturing dismissal of their audience that is common in comics related discourse these days. However, one doubts if the industry will indeed be ‘fine’, as comic stores and publishers have been seeing a massive decrease in business and profits.

To claim that no one related to ComicsGate has harassed or threatened someone they have had an ideological difference with would be ignorant, just as it would be equally ignorant to claim the same of the opposing side. Sadly, it is understandable why Sienkiewicz, and many other creators would define an entire movement by the more visible and reported actions of blatant trolls.

It is disheartening to see that Sienkiewicz, a man well deserving of much respect for his contributions to the medium, would so hastily attack opponents while declaring that he has no interest in hearing their side. One can only hope that in the future, Sienkiewicz will be open to engaging in civil discussion on the actual goals of ComicsGate, but if such an occasion will arise remains to be seen.

Sienkiewicz’s post serves as a reminder that, as a collective community, ComicsGate supporters must continue to denounce harassment and threats, while opponents must be willing to listen rather than attack when a disagreement arises. For any true progress to be made towards healing this staunch division, people on either side of the ideological aisle must listen to those who are willing to engage in earnest dialogues and stop painting movements as being based on hatred and bigotry.