One last attempt at a coherent tweet about this (I’m watching Ava and distracted, sorry)

We are funding CYBERFROG BLOODHONEY for an additional seven days! After the first 24 hours, we’ve raised $31,145! Wow!

At $50K, we donate $10K to the cancer treatment charity! Let’s go! pic.twitter.com/zf1TqyHjnA

Van Sciver launched the new Cyberfrog: Bloodhoney IndieGoGo yesterday and has already raised over $30,000 in 24 hours. He explains why he relaunched the campaign:

“I am thrilled to relaunch this campaign for those who missed out on the limited time funding of CYBERFROG: BLOODHONEY, with an exclusive new variant cover for the first part of an EPIC CyberFrog story. I am pouring my heart into this.” 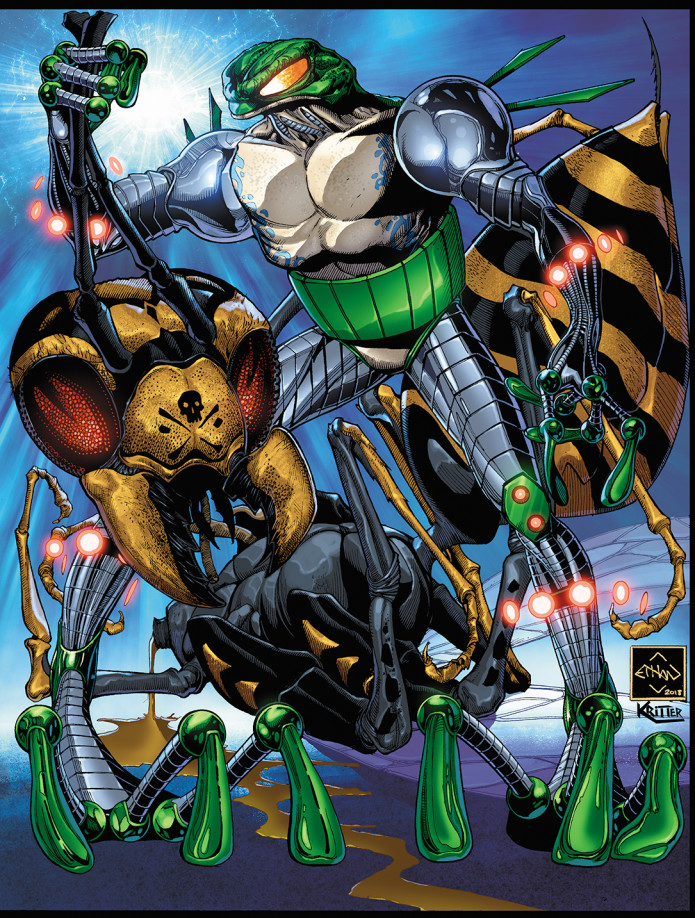 We reached out to Ethan to get a little bit more information as to why he decided to relaunch Cyberfrog: Bloodhoney with the Salamandroid variant cover.

“A few reasons!  First, the popularity of ComicsGate has lead to a surge of new subscribers and fans of my YouTube channel, ComicArtistPro Secrets, and these newbies are telling me they don’t feel it’s fair they missed out on CYBERFROG:BLOODHONEY.   So I thought it would be good to reopen it for a limited period, just seven days.
Also, I’m doing a lot more media appearances and interviews, so it seems like a good idea to have a comic that newly intrigued people can purchase after seeing me talk about the horrors of the far left ruining mainstream comics.
Finally, when we’re crowdfunding, SJWs stop harassing us for a while. They know it helps us sell comics.  And they were getting pesky.”

There are only two perks for this relaunched IndieGoGo.

$25 gets you a copy of Cyberfrog: Bloodhoney with the new Salamandroid variant cover signed by Ethan. It also includes a bookmark, two trading cards, and a window cling sticker.

$50 gets you everything from the $25 perk plus a signed, limited color aschan titled Cyberfrog 1998. Cyberfrog 1998 is a brand new prequel story for Bloodhoney. You also get a colorized reprint minicomic edition of Amphibionix #1.

Both of these are expected to ship in November 2018. 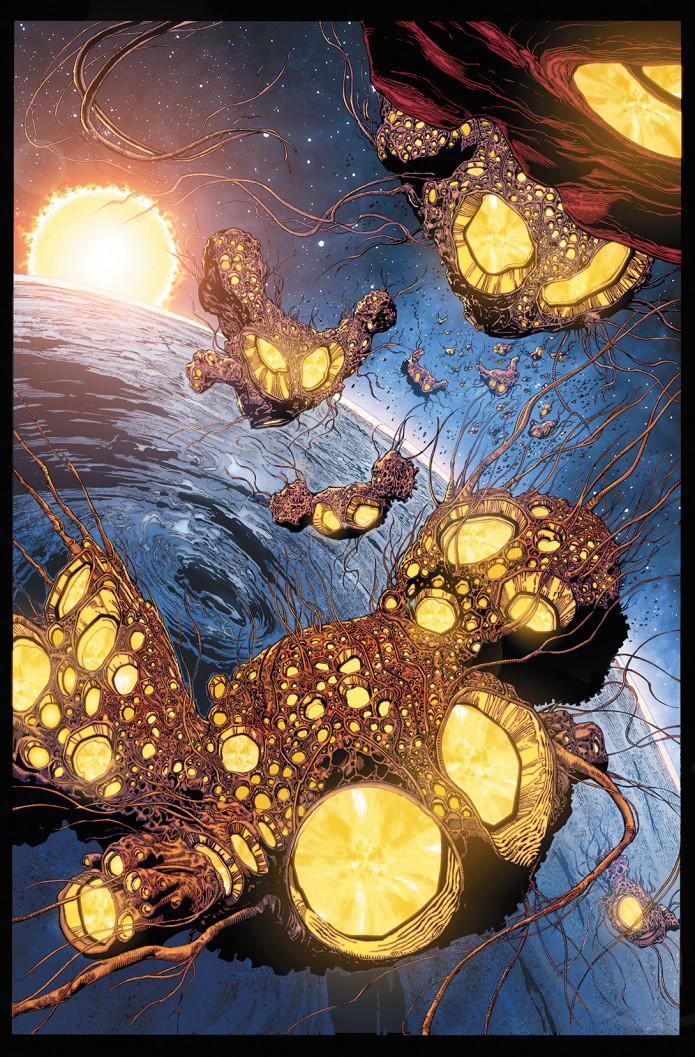 Van Sciver also promises that once this new fundraising campaigns hits $50,000, he will donate $10,000 to a cancer treatment society. We asked him about which cancer society he would be donating to:

“Orchid Cancer Cancer will receive $10,000.  They help men suffering from the kind of cancer that one anti-ComicsGater comics professional mocked as “dick cancer.”

ComicsGate would like to help men suffering from this, and hopefully bring awareness to the charity.   We don’t think it’s funny to mock cancer patients, or wish cancer on our political rivals.”

We also got an update on when we can expect Ethan to launch his upcoming Rainbow Brute fundraiser!

“I’ll launch it on October 1st, as soon as CYBERFROG: BLOODHONEY goes to Press!”

Ethan talked to us about the impact his massive success is having on the comic book industry:

“I hope it’s inspired creators to build their fan bases and market their own comic books to them!  It’s a great time to be an independent creator, thanks to ComicsGate!”