Marvel Studios is starting to crank out the press for Captain Marvel as Brie Larson appears on the cover of the upcoming issue of Entertainment Weekly. In their first big piece about the upcoming film EW reveals Ben Mendelsohn will be playing the Skrull leader Talos. 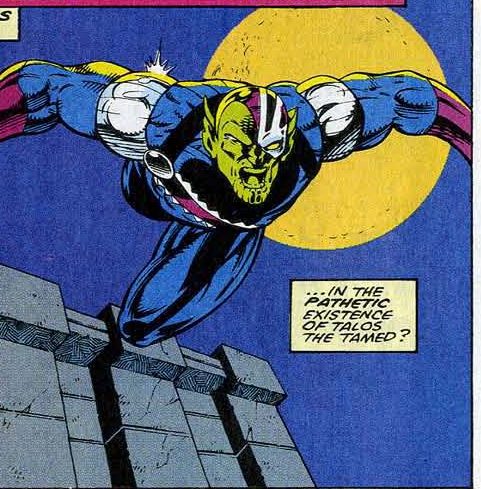 Not only do we finally get confirmation as who he will be, but they also reveal that he will be leading a Skrull invasion of Earth.

Talos is unique among the Skrulls as he was actually born without the ability to shape shift like others of his race. Without his race’s unique ability he becomes a savage fighter and a decorated military commander. He enhances his strength with cybernetics making him a fearsome foe. He would eventually earn the title, “Talos the Untamed.”

Talos would be a pivotal leader in the Kree/Skrull War. However, he would end up getting captured. But unlike other Skrulls, he refused to follow Skrull guidelines and commit suicide upon capture. This was seen as a weakness among his fellow Skrulls who began calling him “Talos the Tamed.”

In Skrulls!, Marvel released a compendium of “all relevant Skrull Interactions with Earth and the humans that currently inhabit [their] destined homeland.”. The book took on the idea that it was a report prepared by Chancellor Kal’Du for the Skrull Queen Veranke.

Here’s the report on Talos. 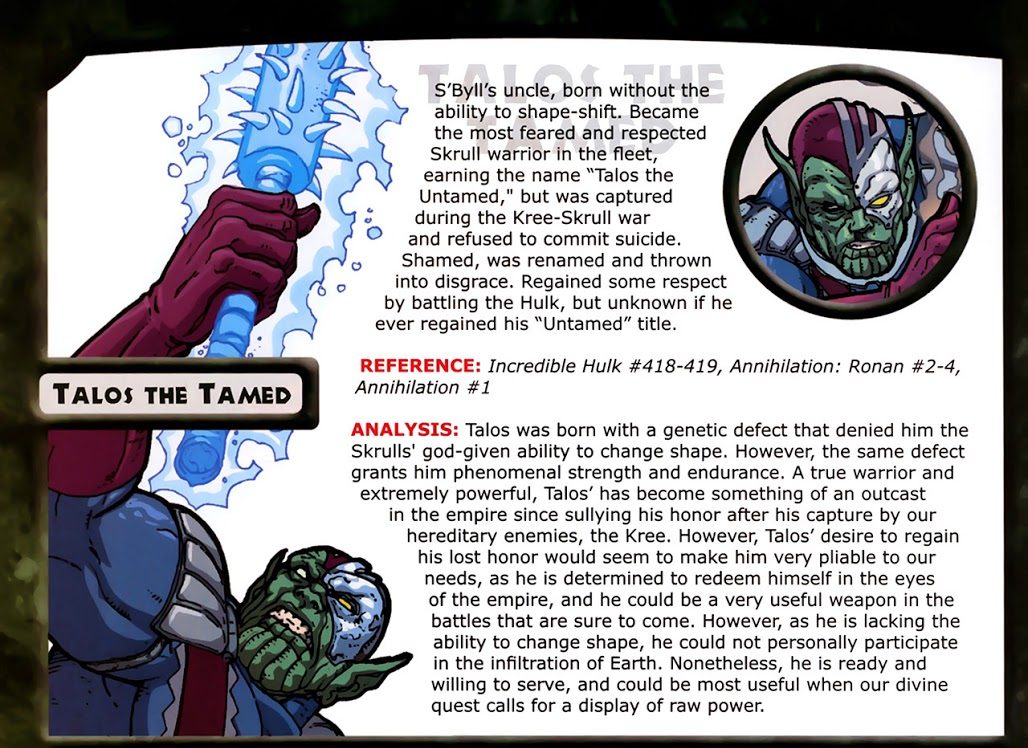 The reveal of Mendelsohn as Talos will definitely sour some fans as it could potentially debunk rumors that Kevin Feige and Marvel Studios would be marshaling their forces to adapt the Secret War storyline which sees Skrull shapeshifters take on the personas of a number of Earth’s Mightiest Heroes in an attempt to claim the planet as their homeland.

If Marvel sticks with Talos’ abilities and defects from the comics, he wouldn’t be able to shapeshift in order to lead the Secret War. It’s more than likely he will be a physical presence on the battlefield as he fights against the forces of the Kree which will most likely be lead by Ronan.

What do you make of the reveal of Talos? Does this get you excited for Captain Marvel or were you looking for a potential Secret War lead in?