Spider-Man: Far From Home is currently filming on location in London and a number of set videos have leaked confirming the return of a number of fan-favorite characters as well as teasing a brand new villain.

In a candid set shot from Spider-Man: Far From Home, Nick Fury and Maria Hill are back on their feet and walking side by side on a London sidewalk.

This new SPIDER-MAN: FAR FROM HOME set video from London gives us our first look at @SamuelLJackson‘s Nick Fury alongside @CobieSmulders‘ Maria Hill in the movie!

Last time we saw these two, they were both turned into ash after Thanos snapped half of the universe out of existence using the power of the Infinity Gauntlet. We’re expecting that something happens in the untitled Avengers 4 to reverse this.

And as you can tell from the set video both characters seem to be alive and well. They both stop to look at each other like a situation has just gone south for the former S.H.I.E.L.D Agents. Maybe not as bad as half of the universe getting erased, but enough to sport frustrated glaces at one another. You can even see Samuel L. Jackson’s Nick Fury shrug his shoulders as his body language reads, “Come on, man.”  It’s quite possible they just found out that Spider-Man is active in the city and he just got into a little bit of trouble! 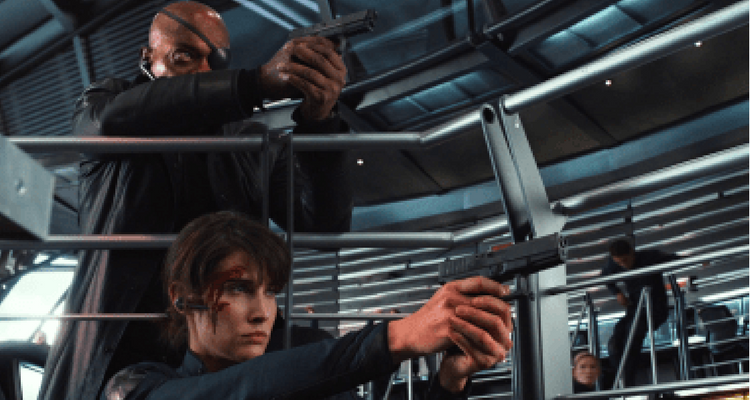 While the return of Nick Fury and Maria Hill took center stage there were a few other set videos showcase other characters.

Spider-Man actor Tom Holland shared a post to Instagram where his stunt double gets wiped out by a jet of water. It quickly had many fans speculating that the film will not only feature Mysterio as the primary villain, but also could include Hydro-Man. However, it’s possible that Mysterio might not be featured at all. There hasn’t been a confirmation from either Sony Pictures or Marvel Studios, but it’s highly speculated that Jake Gyllenhaal will be playing the Spider-Man foe.

If you are unfamiliar with Hydro-Man, his real name is Morris “Morrie” Bench. He was originally a crewman on the cargo ship the U.S.S. Bulldog. He gains his powers after Spider-Man knocks him into the ocean during a fight with Namor. While Bench is in the ocean, a powerful experimental generator is used. The combination of the radiation from the generator and his exposure to deep ocean dwelling bacteria turns him into Hydro-Man. 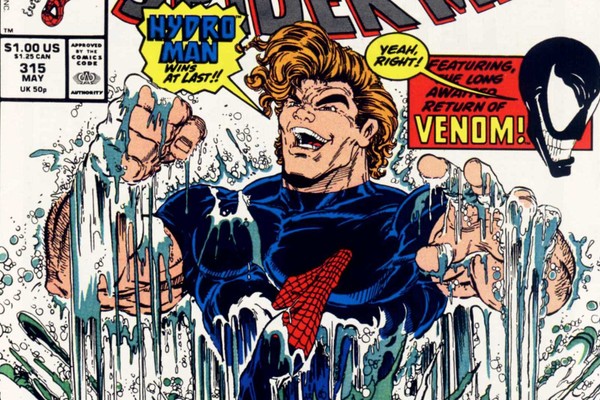 The accident stokes hatred in Bench as he blames Spider-Man for his condition and subsequently begins to hunt him down in order to get revenge.

Along with the potential Hydro-Man reveal another set video revealed the return of Jon Favreau as Happy Hogan. In the set video below you can see Hogan having a conversation with both Nick Fury and Maria Hill.

Another new video from the SPIDER-MAN: FAR FROM HOME set appears to show a return of Tony Stark’s closest friend, @Jon_Favreau‘s Happy Hogan, speaking with Nick Fury and Maria Hill!

And then a close-up shot of Favreau was seen on the set.

With the return of Happy Hogan, a new rumor also indicated that Gwyneth Paltrow would reprise her role as Pepper Potts in Spider-Man: Far From Home.

Super Bro Movies reported: “Our colleague, DanielRPK, has learned that Gwyneth Paltrow is set to appear in next year’s Spider-Man film.”

It’s unclear how big of a role Potts’ character will play, but an Instagram video of Paltrow from the set of the untitled Avengers 4 showed the actress in CGI gear stoking rumors that she could become the superhero Rescue, getting her own custom Iron Man suit.

Spider-Man: Far From Home will have some tough questions to tackle following the end of Avengers 4. How will Peter Parker deal with a world that has had half of its population disappear? How will the circle of Peter’s friends deal with his involvement with what happened, and what about Aunt May?

We’ll see what happens when Spider-Man: Far From Home hits theaters on July 5, 2019.