Deadpool star Ryan Reynolds might have just started a feud he won’t be able to win as he called for his supporters to vote for [easyazon_link identifier=”B07FDNYJDM” locale=”US” tag=”boundingintocomics-20″]Deadpool 2[/easyazon_link] for Best Family Film at the People’s Choice Awards.

Reynolds specifically called out Paddington telling him to “watch your f****** back.” 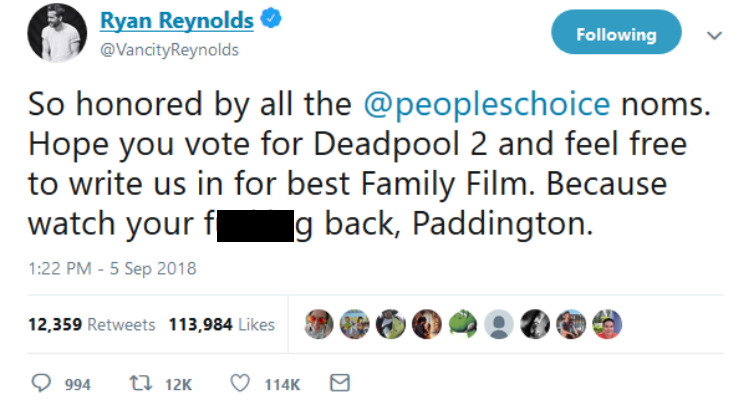 The feud had fans making tough choices with support for both Deadpool and Paddington.

Paddington’s fans got creative with one user creating a haiku.

oh Deadpool beware |
for if you mess with the bear |
you get the hard stare#hardstare pic.twitter.com/NDwJuKexUb

I mean I love DP. BUT GET ‘EM PADDINGTON

That bit when you open Twitter to find out that @VancityReynolds is about to get his arse handed to him by our best bear! ? pic.twitter.com/Cys5bRnRrN

I’ve heard Paddington has a dark side. See how he drinks tea straight out the teapot…. Savage. Watch yourself Reynolds. pic.twitter.com/93XSeucfok

Deadpool had his own fans, although it looks like fans were definitely siding with Paddington over the Merc with a Mouth.

I’ve heard Paddington has a dark side. See how he drinks tea straight out the teapot…. Savage. Watch yourself Reynolds. pic.twitter.com/93XSeucfok 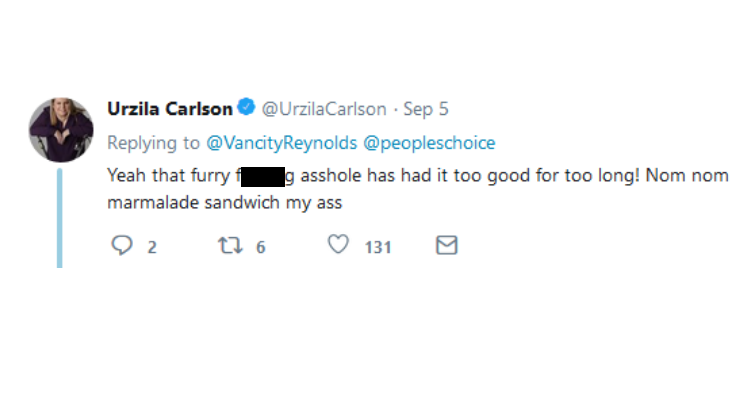 Others simply wanted the two to fight!

Whose side are you on? Will you be siding with Deadpool or Paddington Bear?