Kevin Feige and everyone at Marvel Studios has made it clear over the past decade that their films connect to each in both significant, but also smaller ways. The end credit in Iron Man made it clear they were creating something bigger than just a single movie and that subsequent movies would tie into each other.

One Marvel fan found a pretty significant connection involving the Tesseract, which we know now is the Space Stone. Reddit user comrade_batman pointed to two scenes from both Thor and Captain America: The First Avenger that reveal the location of the Tesseract on Earth.

The user describes the two scenes: “The town where Red Skull finds the Tesseract in Captain America: The First Avenger, is the same town that the Frost Giants fought Odin and the Asgardians in the Prologue of Thor.” 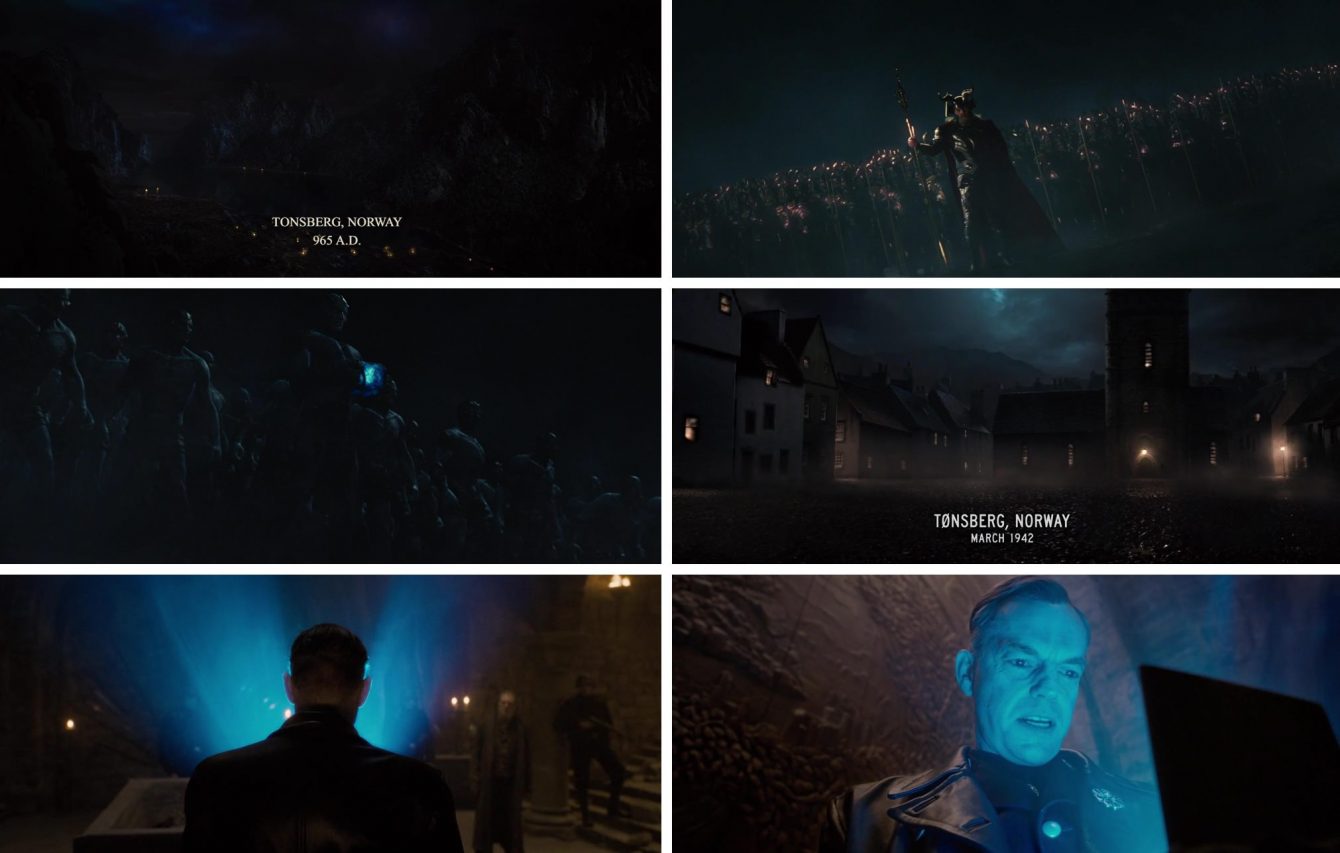 You can see the two scenes below. First here is Odin and the Asgardians fighting the Frost Giants:

And here’s the Red Skull discovering the Tesseract in Tonsberg, Norway.

As you’ll note, the scene from Thor actually shows Odin and his Asgardians defeating the Frost Giants on their home turf in Jotunheim. It’s in Jotunheim where the Asgardians take control of the Tesseract. It’s more than likely he hid the Tesseract in Tonsberg for safekeeping or as Schmidt notes “the Tesseract was the jewel of Odin’s treasure room.” It’s possible that in his dispute with Hela he removed it from the treasure room and brought it to Earth for safekeeping. We know Odin didn’t want to keep two Infinity Stones in the same place. It’s why he delivered the Aether to the Collector after he reacquired the Tesseract following the events of The Avengers. It’s possible Odin might have had another Infinity Stone in his possession at some point in the past.

As an interesting fact, Tonsberg, Norway is actually regarded as the oldest town in Norway. The town was founded by the Viking Harald Fairhair in the 9th century.

Given the significance of Tonsberg in the Marvel Cinematic Universe, do you think we might see the town featured in upcoming films? Could Avengers 4 take us back to Tonsberg? Maybe the surviving Avengers could find another artifact that could be used in the fight against Thanos!