A new Avengers 4 fan theory sees Thanos’ daughter Nebula transformed from the walking cybernetic version we’ve come to see in the Marvel Cinematic Universe specifically in Guardians of the Galaxy and Avengers: Infinity War into a flesh and blood version.

“After the war is over, Nebula accepts an offer from Tony. With the help of Dr. Cho’s reprogrammed regeneration cradle, Nebula begins the long, arduous process of giving up her cyber enhancements to return to a fully flesh & blood body again.”

Reddit user Leghgion also included this mocked up movie poster to go with her theory. 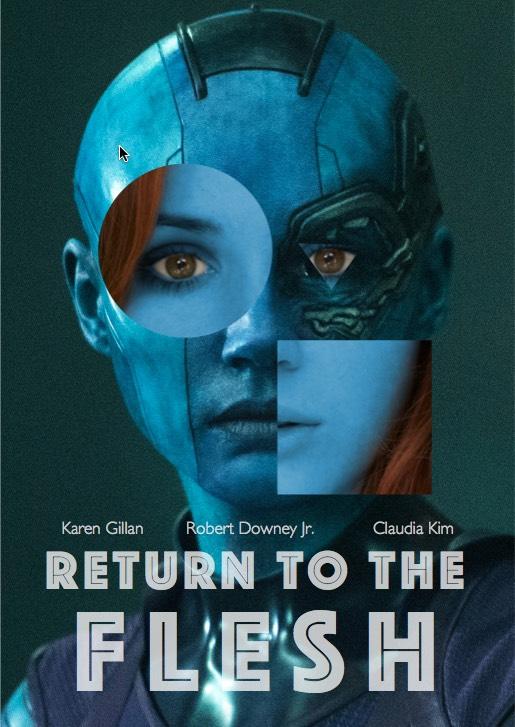 If you don’t remember Dr. Cho’s regeneration cradle, it debuted in Avengers: Age of Ultron and was initially supposed to use to give Ultron a new body. However, Ultron’s upload of his consciousness would fail and the new body with the Mind Stone attached would give birth to Vision.

Of note, Dr. Cho tells Ultron that “the regeneration cradle prints tissue. It can’t build a living body.” Ultron disputes that claim saying she just “lacks the materials.” And as it turns out she can build a living body with Vibranium. Cho explains, “The vibranium atoms aren’t just compatible with the tissue cells, they’re binding them.”

With the improved regeneration cradle, it’s definitely possible that Karen Gillan’s Nebula could obtain a brand new body. And it might be even more powerful than before with vibranium weaved into the tissue. It would make her an even more formidable threat than she is now. 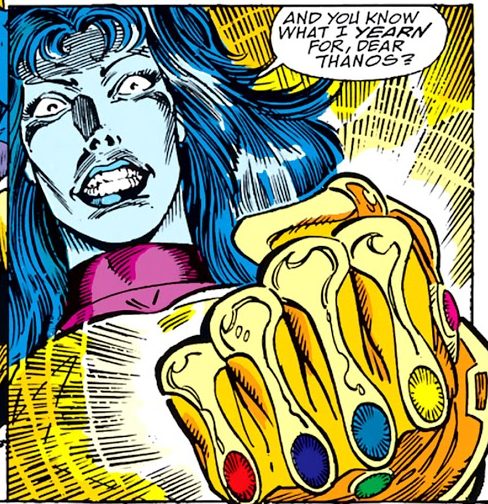 What do you think? Will we see Nebula shed her cybernetics and return to flesh and blood or flesh, blood, and vibranium as the case may be?