CBR and Polygon writer Kieran Shiach, who has a history of targeting comic book creators he disagrees with has a brand new target in Marvel Comics writer Dan Slott.

In a series of tweets Shiach targets Slott for recent story choices in his Fantastic Four series.

Dan Slott reached out to me on Facebook a while back unhappy with something I wrote for CBR.

Should I hit him up and tell him how stupid racist Fantastic Four #2 is?

Shiach’s declaration of racism would be joined by Colin Spacetwinks.

or just tell him it’s hell of racist

Spacetwinks would then Tweet the page they deemed “racist.”

it’s like he looked at that shitty bit with “the vision” and went “oh yeah? watch this” pic.twitter.com/43eXVK3f86

Shiach would make it clear this was the panel he deemed racist.

Shiach wouldn’t elaborate further on why he thought the panel was racist though.

I don’t think I need to go into more detail about why a red skinned man coded as “native” suggesting a blonde haired, blue eyed teenager become his a consort is racist. #WedsReads

Apparently, a fictional alien race who doesn’t have any knowledge of Earth or its customs and mannerisms is somehow racist because he tries to make Valeria his consort.

To no one’s surprise both Shiach and Colin Spacetwinks fail to provide the full context of the image where Sue Storm refers to Prince Arboro, the alien in question, as “proud bearing, royalty, bare chested, pointy ears.” 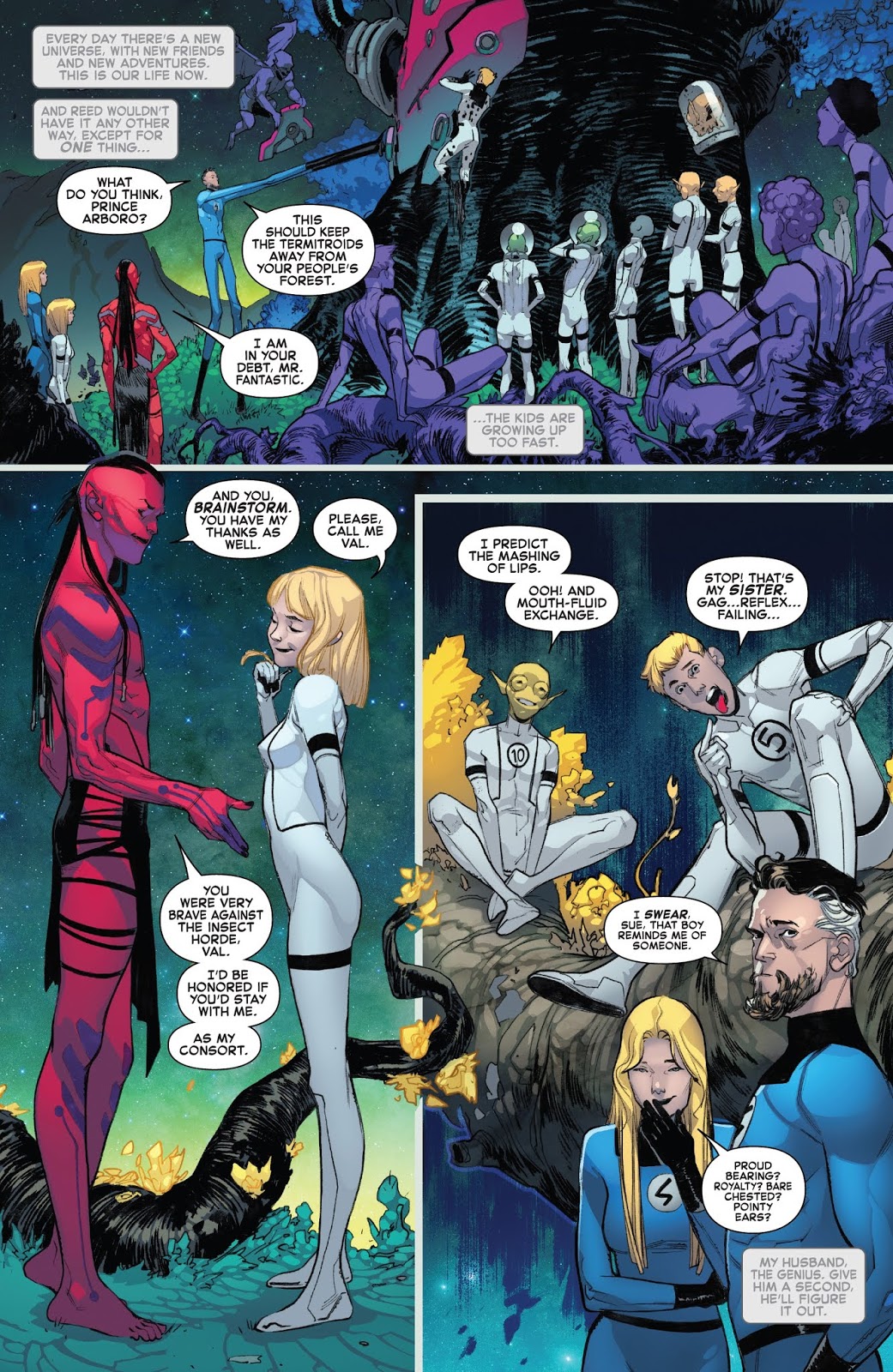 But there’s more. It’s very obvious that Slott is making a joke about the extensive history of Namor and Susan Storm throughout Marvel Comics history. 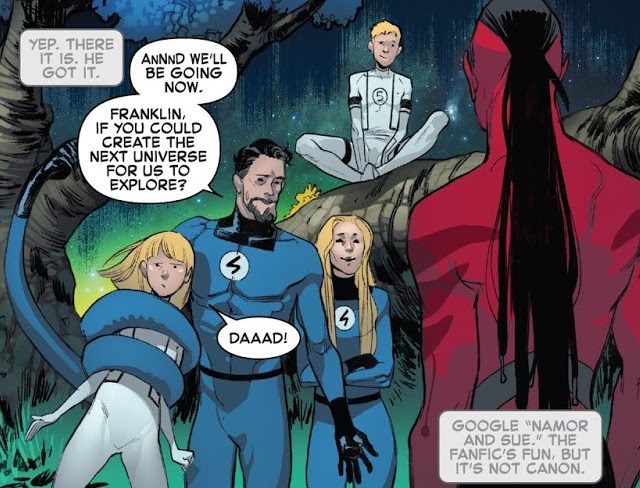 Here’s just one example of the unique relationship Sue Storm and Namor have had from Civil War #6. 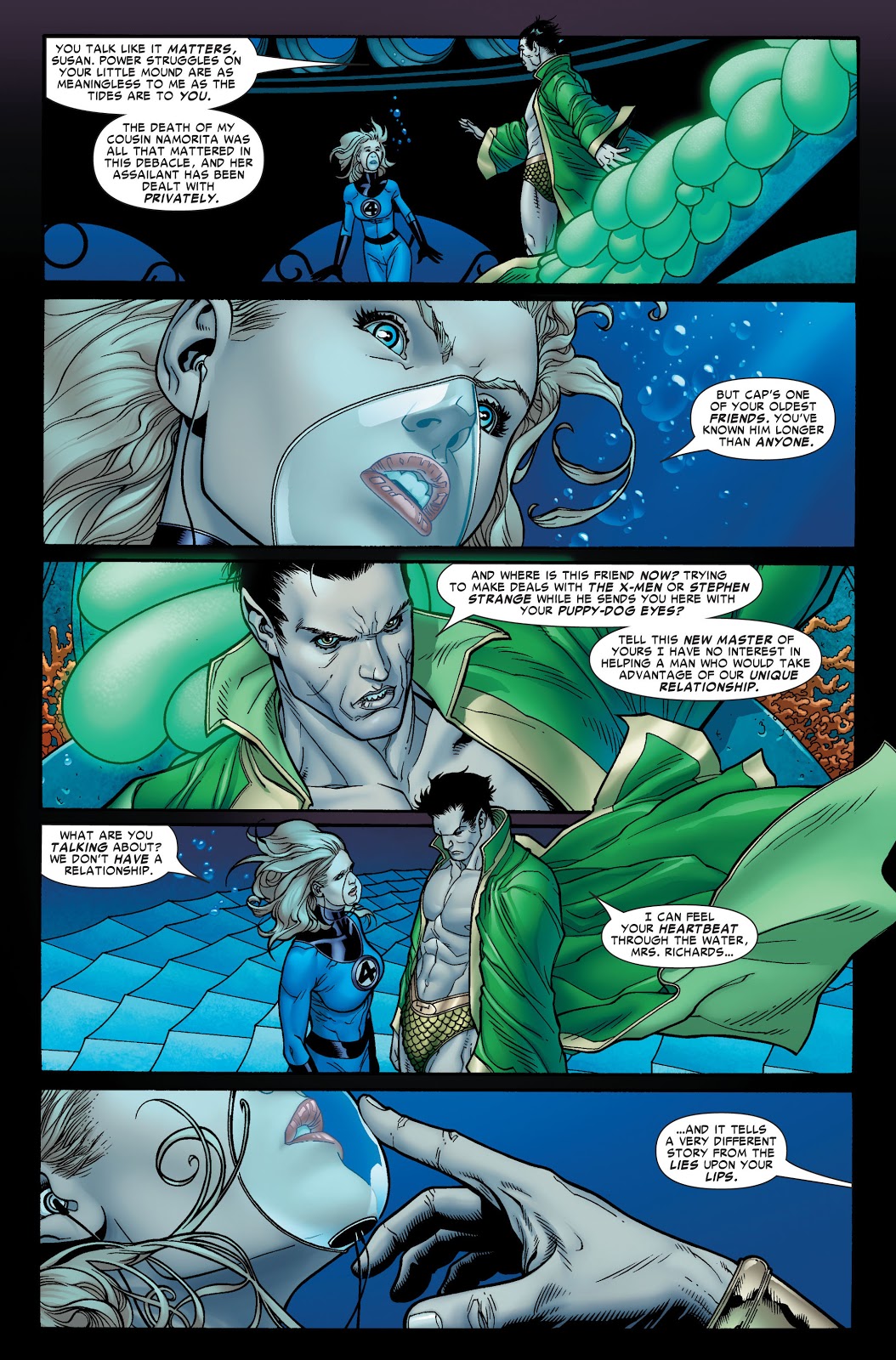 There’s nothing racist about the panel as it features a young alien prince who is attracted to Valeria and is forward about it. He doesn’t know Earth customs and for all we know the word “consort” might mean something totally different to him. It could be similar to how Americans and British people have different words for different things. For example British people call tennis shoes “trainers” while Americans will call them “sneakers.” Maybe the most iconic example is that British people call fried potatoes “chips” while Americans call them “french fries.” For all we know consort could mean girlfriend to him.

To top things off Slott and artist Sara Pichelli put together a scene that has been depicted hundreds of thousands of times of a father being protective of his young daughter and Slott even injected some continuity humor into it.

Kieran Shiach once again proves he will stop it nothing to target people who he feels wronged him in some way.