Reuters reports Fan Bingbing “dropped off the radar in June when reports started to swirl that she was involved in a probe into tax evasion in the film industry.”

“I am not making a clarification. I can say again that I have a drawer of contracts. The government should step up regulations on show business,” Cui said.

The accusations came after Fan’s involvement in a sequel to the 2002 film, Cell Phone. Cui openly criticized the original film for being based on his own life.

Fan’s studio denied Cui’s accusations in a statement given to Sina.com:

“The studio and Fan Bingbing will fully cooperate with the relevant authorities. We hope the investigation result can be released soon to address the doubts of the public.”

After the row between Cui and Fan erupted on social media in June, China’s tax authorities launched an investigation into potential tax evasion through a dual-contract system. State media declared, “There should be an impartial investigation into whether some film and television professionals have signed two contracts for one job to evade tax. Everyone stands equal in the law and nobody, no matter how famous … how well connected they are, enjoys extrajudicial privileges.”

The Reuters report indicates calls to her agent have gone unanswered and they have been unable to reach Fan directly. A spokesman for China’s Foreign Ministry told Reuters, “Do you think this is a question of diplomacy?” 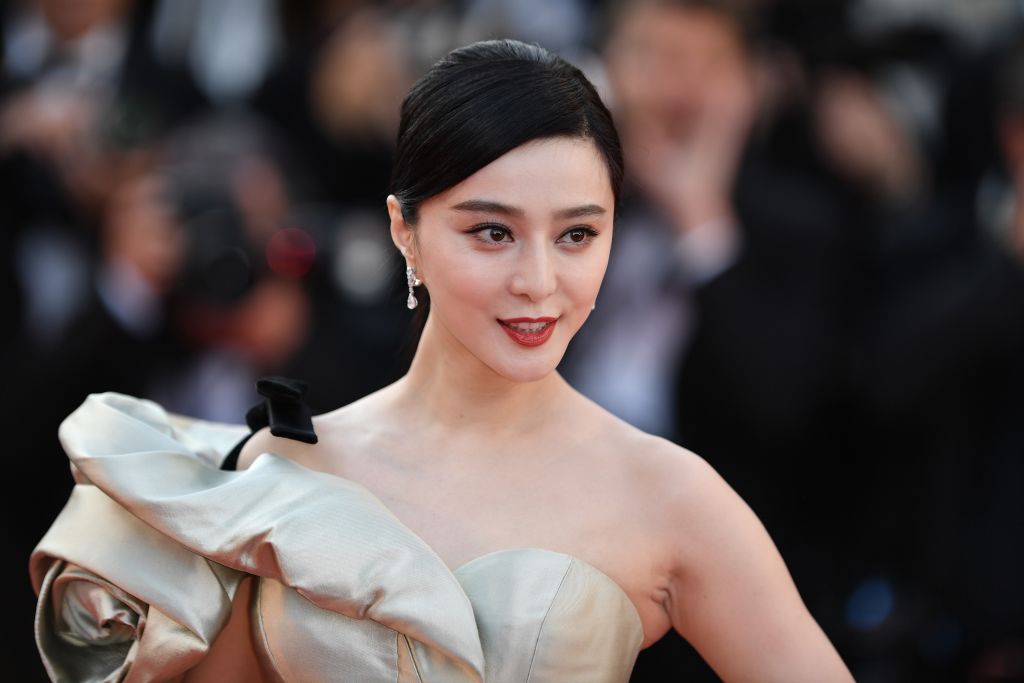 CANNES, FRANCE – MAY 11: Chinese actress Fan Bingbing arrives for the screening of the film ‘Ash Is Purest White’ in competition at the 71st Cannes Film Festival in Cannes, France on May 11, 2018. (Photo by Mustafa Yalcin/Anadolu Agency/Getty Images)

The Communist Party in China has enacted new policies that police their movie stars, music bands, and online celebrities.

Si Ruo, a researcher at the School of Journalism and Communication at Tsinghua University notes:

“It is written in our new movie promotion law that entertainers need to pursue both professional excellence and moral integrity. In the unbridled growth of the industry in the past few years, we might have overlooked the need for positive energy, so the government’s intervention is reasonable.”

China’s crackdown on entertainment and their cultural sphere has seen a popular band, Fangu, be forced to their change their name. According to Reuters, Fangu translates to “anti-bone” and that is not allowed in China.

“The relevant bodies do not allow the word ‘anti’ so we have to change the name temporarily,” Qi Tian, an assistant to the band, told Reuters.

The report also indicates that the Beijing Trade Association for Performances released an open letter promising to “purify” the city’s entertainment industry.

Fan Bingbing made $43.78 million last year according to Forbes. That made her China’s top earning celebrity for the year.