He stated that Twitter suspended him for being “impolite to straight people mocking the Pulse massacre.”

twitter suspended me bc I was impolite to straight people mocking the Pulse massacre.

Dean Cain played Superman on the popular television series [easyazon_link identifier=”B00080ZG2O” locale=”US” tag=”boundingintocomics-20″]Lois & Clark: The New Adventures of Superman[/easyazon_link] which was loosely based on John Byrne’s Superman origin. The show ran from 1993 to 1997.

irony is Dean Cain hating gays so much when he is literally why i am gay pic.twitter.com/zfICVmHJHV

Where do you get the idea that I hate gays? Couldn’t be further from the truth. You clearly have ZERO idea of where I stand on the issue—

However, that wouldn’t stop Oliveira from continuing to accuse him. He went on to cite a Vox article claiming “people are dying.”

The article claims, “Whatever the cause, the result is Trump’s presidency and administration have now adopted a broad anti-LGBTQ agenda — one that has gone after LGBTQ workers, troops, and even patients. And more than showing Trump’s dishonesty, this agenda potentially threatens the rights of millions of LGBTQ Americans.”

There are no reports of anyone actually dying in the article as Oliveira claims.

Another user chimed in to claim that Cain’s political party affiliation is evidence enough of his hatred of gay people.

You certainly don’t care enough to vote against a party who would see us all dead, but keep spouting your bullshit.

Cain would refute that accusation as well.

Another would state that since Dean supports President Donald Trump he must hate “queer people and POC.”

LOL. Dean was my first “man” crush as a young gay boy. Then I learnt he was a trump supporter so that means he hates queer people and POC. It’s simple math, really.

You must have failed math, then…

Indeed, he must have failed math. Donald Trump had support of a number of individuals who are gay including former Brietbart Tech editor and firebrand Milo Yiannopoulos to venture capitalist Peter Thiel. Thiel would go on to be the first gay speaker at the Republican National Convention in 2016, where Donald Trump accepted the Republican Party’s nomination for President of the United States.

NBC News also reported that an estimated 14% of all LGBTQ voters, voted for Donald Trump. 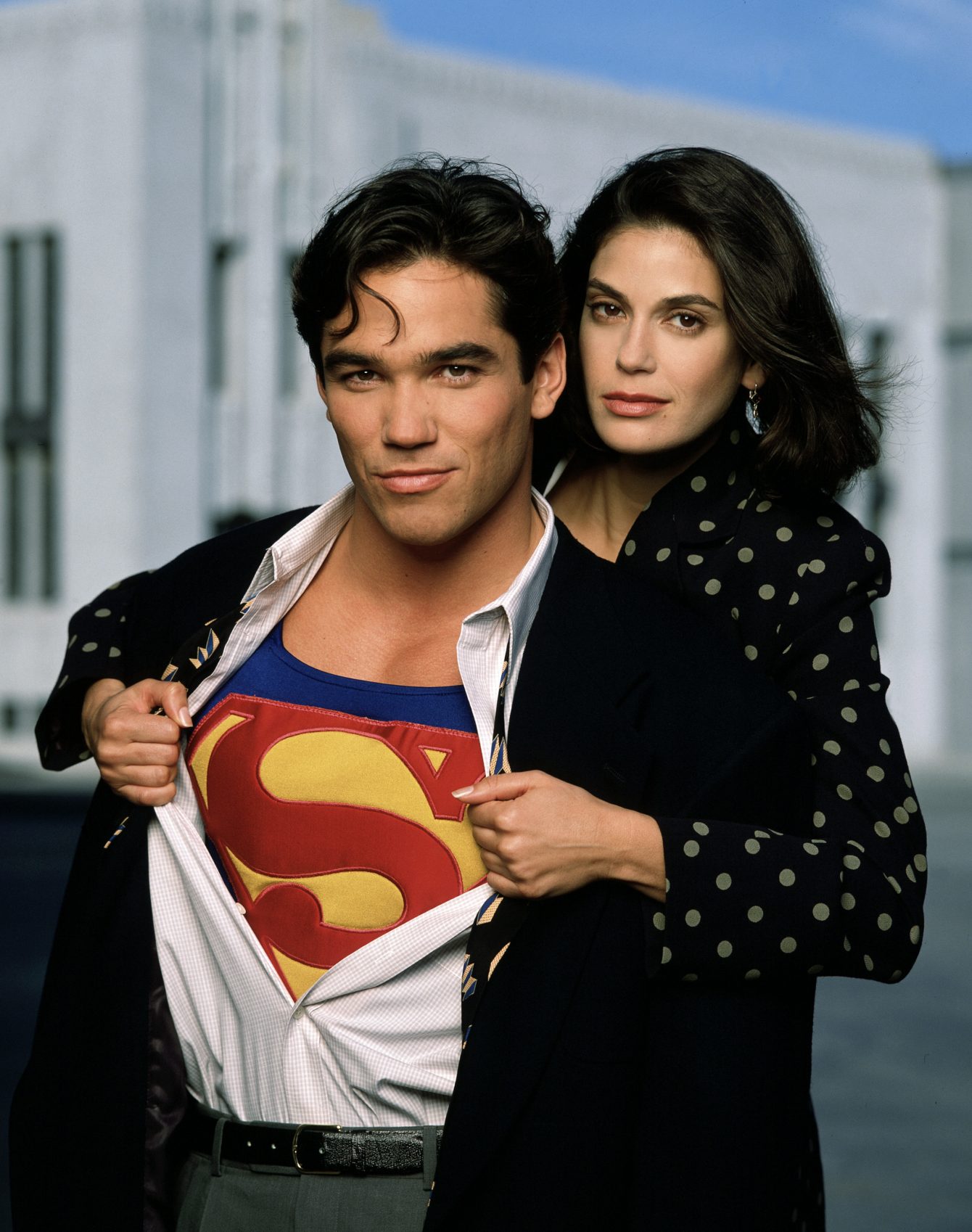 UNITED STATES – SEPTEMBER 12: LOIS & CLARK: THE NEW ADVENTURES OF SUPERMAN – Pilot – 9/12/93, The “Superman” story, focusing primarily on the relationship between Daily Planet reporter Clark Kent and his alter ego Superman/The Man of Steel (Dean Cain), and his fellow reporter Lois Lane (Teri Hatcher), continued in this 1993-97 ABC series. In the two-part pilot, the reporters worked on a story about the space program being hijacked., (Photo by Bob D’Amico/ABC via Getty Images)

I reached out to Dean Cain to get a statement from him regarding Oliveira’s accusations.

What is the accusation? That I hate gays? That’s demonstrably false and totally ridiculous.

In fact, back in 2013, Dean Cain spoke with Huffington Post about gay marriage where he stated, “If anybody wants to get married, go ahead.” He added, “I have a lot of gay friends … I can’t understand why it’s an issue. For me, it’s a non-issue.”

But that didn’t stop Oliveira from continuing to smear Cain’s name because of his support for Donald Trump. He even calls him a bigot.

Dean Cain has been a vocal supporter of Donald Trump, whose policies and statements have spiked hate crimes against LGBT people, supported foreign violence against LGBT citizens, attempted to enact a trans ban, and seen a rash of seizures of queer ppl’s passports. He is a bigot.

Cain would once again rebuff Oliveira:

I fully support gay rights. Always have. Always will.
Spin any narrative you like, for whatever reason you like—won’t change my support for gay rights.

But Oliveira would double down. This time he would call Cain a racist as well.

lol he’s not “being targeted.” I saw a hot pic of him as Superman and remembered “oh, too bad he’s a racist who is trying to destroy all my friends’ lives.”

Like a speeding bullet, Cain blew ice on Oliveira describing him as “severely misinformed.”

AND a racist?? Wow. You really are severely misinformed. Troll elsewhere— ?

It appears that Oliveira’s only proof for his absurd accusations were Cain’s support for President Donald Trump and his political party affiliation.

This isn’t a new tactic by any means. We’ve seen a number of people in the comic book industry try to ruin people’s careers because of their politics. Tim Doyle admitted to using the same tactic in his defamation strategy against Cyberfrog: Bloodhoney creator Ethan Van Sciver. CBR writer Kieran Shiach took it to the next level when he accused Marvel writer Dan Slott of racism because of what he viewed as a personal slight.

I expect this tactic will be used with increasing frequency as people try to bludgeon and attack people’s careers over a difference in their support for a Presidential candidate or their personal politics. It’s dangerous and in theory could allow people to accuse anyone of anything.

I’m glad Dean Cain was quick to respond and defend himself from Oliveira’s sinister accusations. It was nice to see Superman keep his cool and respond with class.