If you’ve read my review of the last issue of Red Hood and the Outlaws, you know I’m a fan of the character. Almost shamelessly so. The previous issue promised big changes to the book, starting with a new costume and no Outlaws. Well, those changes show up with Jason Todd travelling across the country (it literally says the setting is “Merica” seriously) when an injured FBI agent is found in the middle of the road, a gang fight ensues, and an uneasy truce ends up being formed. 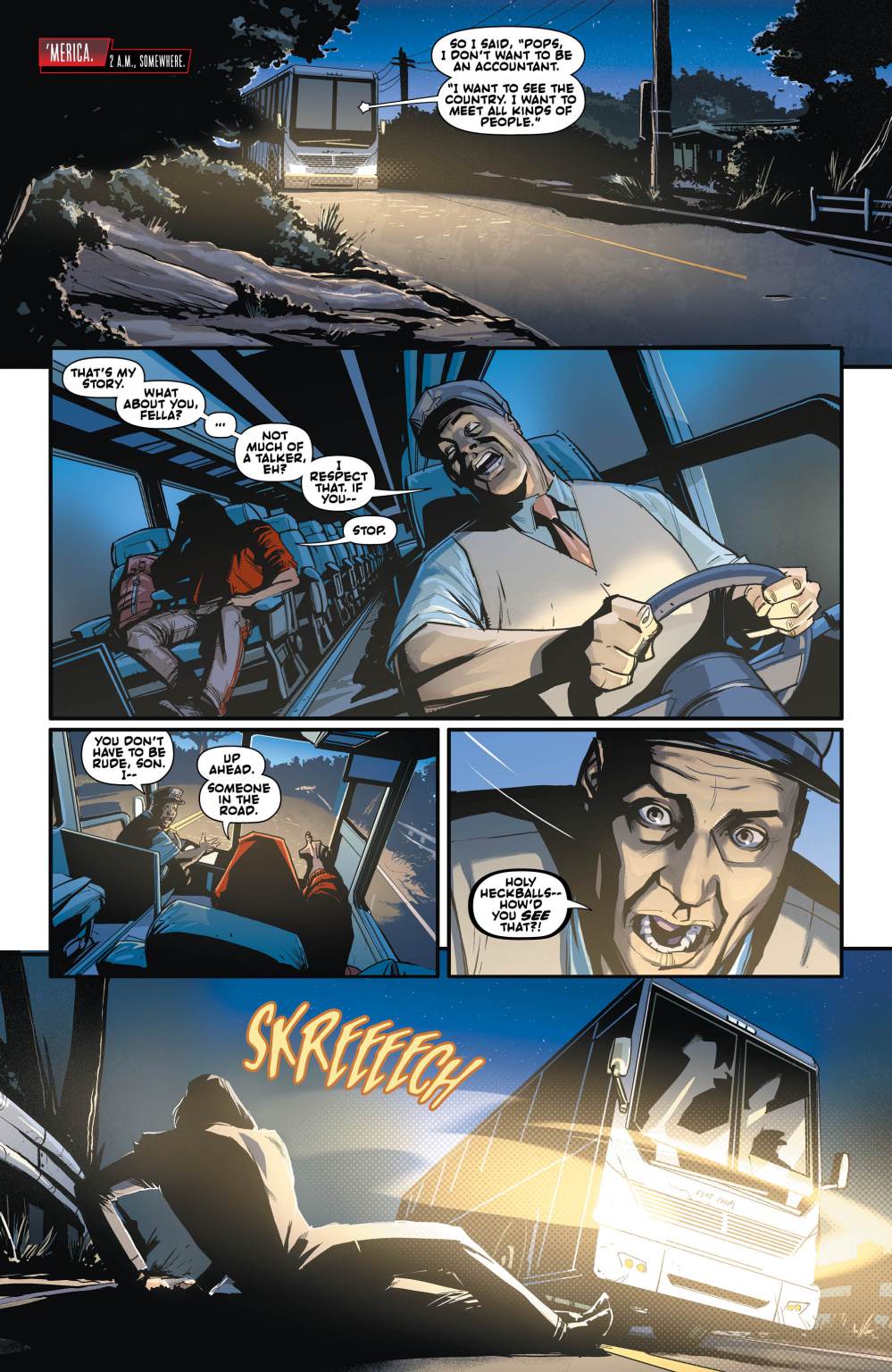 After last issue, as much as I hate to say it, there should’ve been a writing change on this book. Lobdell has been the voice of the Red Hood forever and it seems like he’s out of ideas. The dialogue is, frankly, sloppy at best.  We get yet another copious serving of inner dialogue, with the summation being “I was Robin, I was murdered, I’m back etc… etc…” and it reminds me of when Stephen King got hit by that van in the early part of the century and suddenly every story he was attached to for years had some allusion to a guy getting hit by a van.

People often complain about always getting Spider-Man’s origin and I feel like Red Hood is going in that direction as well, because let’s face it: if you’re here, you know how we got here. Lobdell has done a good job for years on this book, but can you imagine a Bendis written Red Hood book? Even a longer longshot but fun to think about, what about a Garth Ennis one?

The art in this issue was all right, and it used the space it could well as a lot of the story was set on a bus. Everyone looked all right and the use of the color red was prevalent as it usually is in a book called Red Hood but on the whole, it felt slightly rushed, as did the entire book. Yasmine Putri once again gives us a beautiful variant cover, so if you’re buying this book and are a completist that’s the one you’d want to pick up. 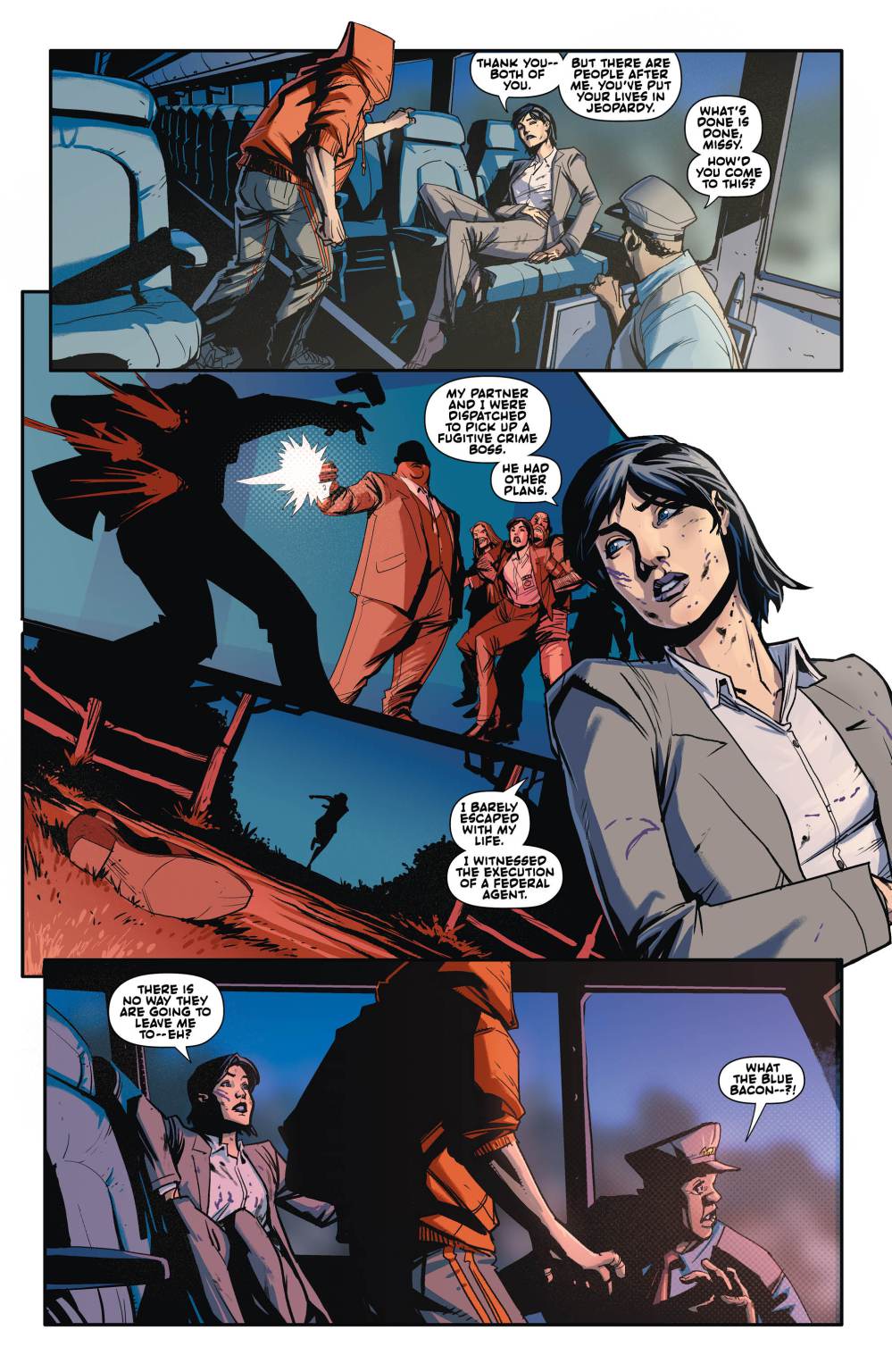 [easyazon_link identifier=”B07H449677″ locale=”US” tag=”boundingintocomics-20″]Red Hood and the Outlaws #26[/easyazon_link] went into mediocre territory really fast, and needs to get an overhaul. The people who are going to buy this book (like me) are probably hoping for a solid change in talent soon but are unwilling to leave a gap in their run. I know there are a few of us who are Jason Todd aficionados but if DC wants to help this book I’d suggest they do it soon.