Marvel Comics is diving head first into their “Warped World” characters which was first introduced in the Infinity Wars event series. Their newest warped characters are a combination of the Power Pack with the Punisher. Marvel is calling them the Punisher Pack.

The Punisher Pack will be introduced in Marvel’s Infinity Wars: Infinity Wars #2. They will be joined by Diamond Patch and Kamala Kang. 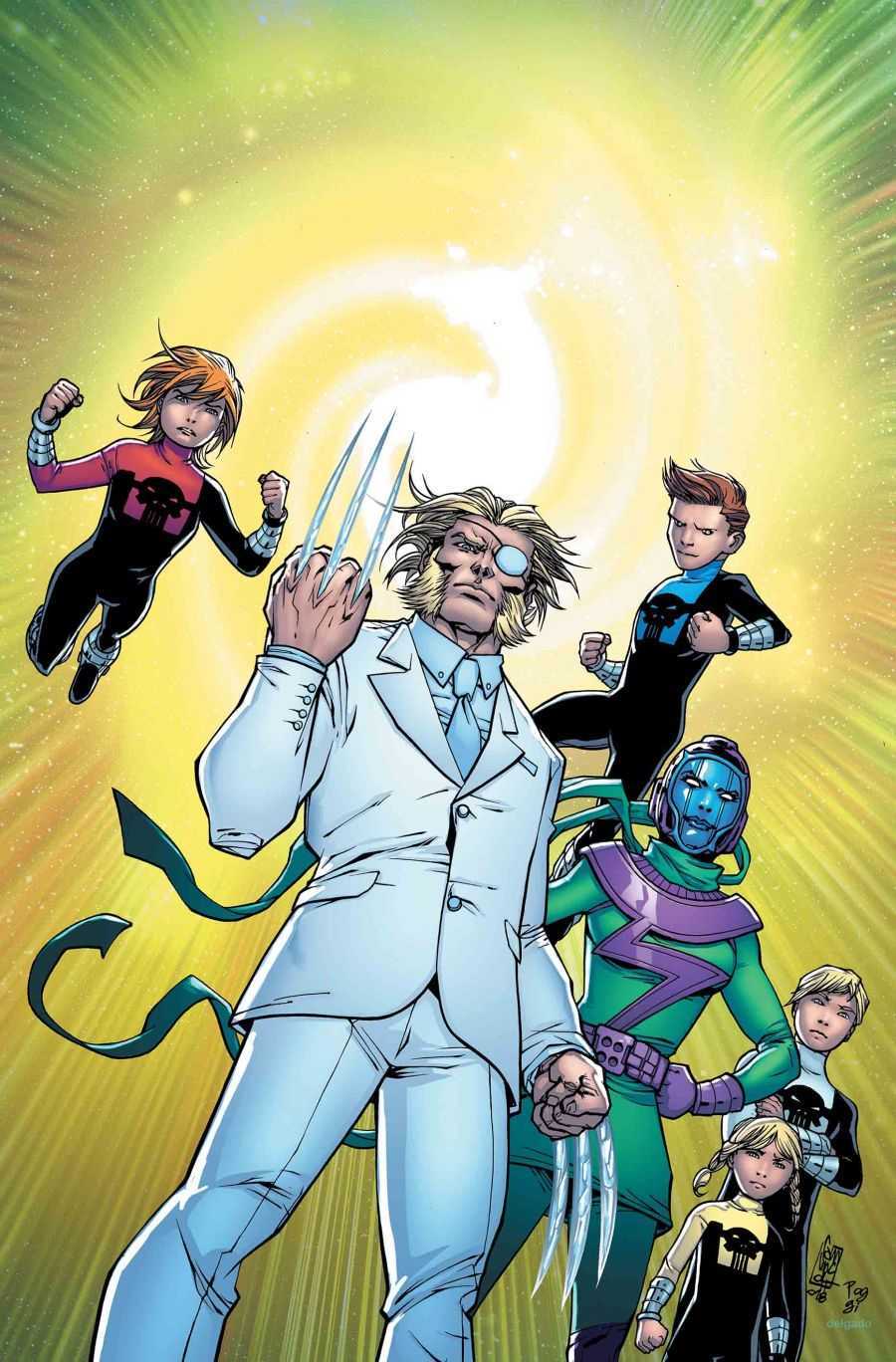 If you haven’t been following Marvel’s Infinity Wars event series, these Warped characters are created by Gamora, who is now going by the name of Requiem. She acquires the Infinity Stones and uses them to wipe out half of all life in the universe. Unlike Thanos in Avengers: Infinity War, who has half of the life vanish into dust, Gamora instead fused one half of all life in the universe with the other half. She essentially wiped out all life, and replaced it with these new warped characters.

Here’s the official description from Marvel:

“With astonishing mental powers and a skeleton made of solid diamond, DIAMOND PATCH lives a life of violence and glamor! Plus, when the Chronogen Mists left KAMALA KANG forever changed, they set her on a course to becoming the teenaged conqueror of time! And finally, when their parents were killed as they got their powers, they swore revenge and became…THE PUNISHER PACK!”

What do you think of these new warped characters?