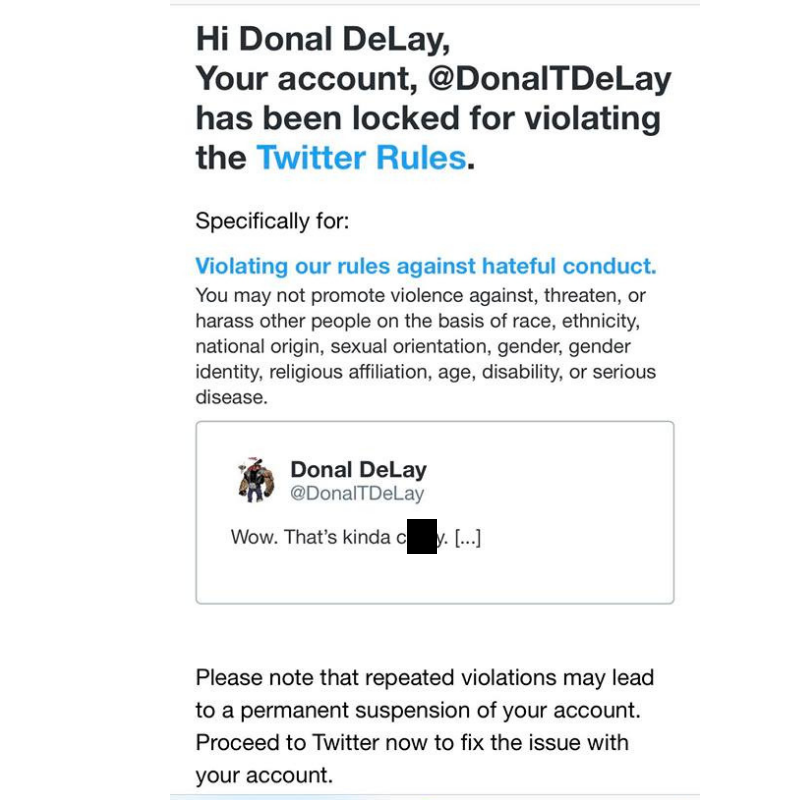 Donal was suspended on September 18 at 4:57 P.M. And the suspension is supposed to last 7 days.

Saw this and was surprised at the amount of vitriol. I pretty much stopped talking about Mags and by coincidence, had taken down all the videos about her books recently.

Anyway, just wanted to apologize for the things I have done that have brought her to this level of anger. pic.twitter.com/J1AAsVJB1o

However, Mags made it clear she would never forgive him and even issued an ultimatum for what she wants Meyer to do.

I will never forgive him. I never said I would. I said that making a donation would go a long way to making things right re: the shit he’s pulled. None of that means I have to forgive him. 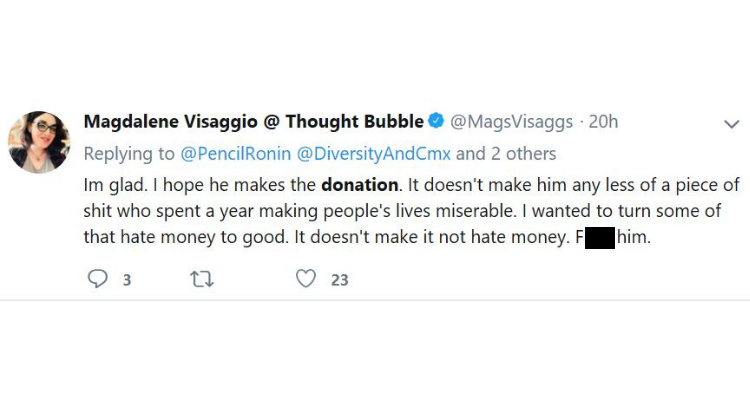 I want him to own up to what he did, shut down his twitter, give all his profits to charity, and go away. That’s how he fixes things.

He’s never gonna, because he doesn’t actually regret a thing.

For commenting on the video and Mags’ behavior Delay was smacked by Twitter with a 7-day suspension. But it wasn’t just a suspension. Twitter forced DeLay to delete the “offending” Tweet or threatened to permanently lock his account. He is still suspended for 5 days and 7 hours at the time of this writing.

Delay did issue a statement to us further elaborating on his commentary:

“It shows the true character of a person when they refuse to forgive someone who is actively trying to change.”

Twitter’s suspension of DeLay doesn’t make any sense at all. A quick Advanced Twitter search for the word “c***” shows hundreds if not thousands of users using it. Even [easyazon_link identifier=”B008Y7HJJG” locale=”US” tag=”boundingintocomics-20″]Hellboy[/easyazon_link] actor Ron Perlman. In fact, Perlman’s Tweet actually refers to Ted Cruz as “c***.” He’s not even using it as an adjective. 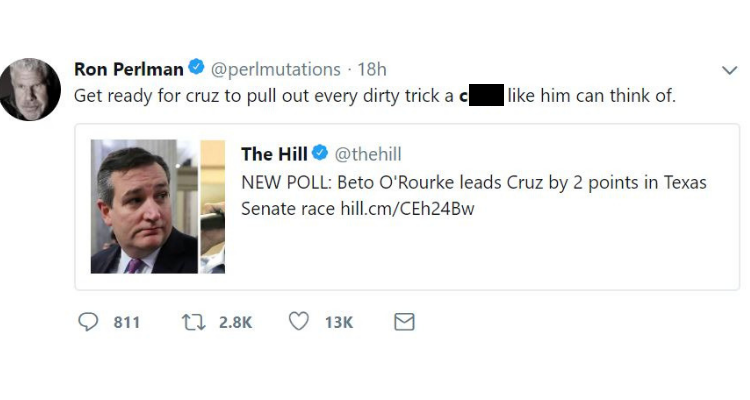 And it’s not just “c***.” Hundreds if not thousands of users are also using the word “c****.” The same word that DeLay used. One user does almost uses it in the exact same fashion as DeLay describing another user’s behavior. However, this user even uses it to describe the entire Mortal Kombat playerbase. 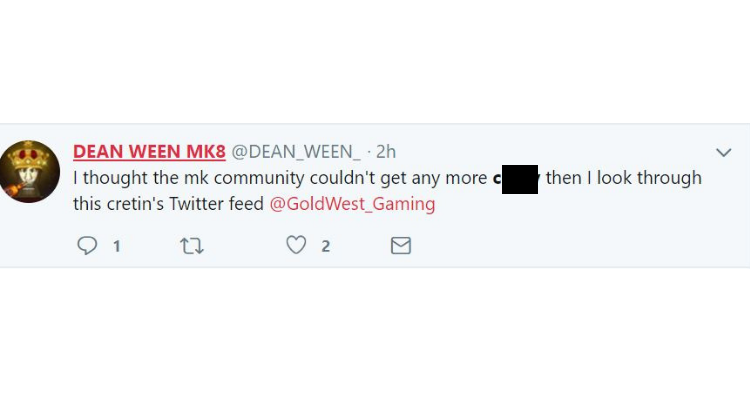 Why is Donal DeLay getting suspended, but other users aren’t facing any kind of repercussions whatsoever. A report from Business Insider might offer an answer.

“Twitter receives significant numbers of complaints at the same time, a mass reporting of an account, and automatically closes it. No warnings, no checks, no costumer’s guarantees whatsoever.”

It’s quite possible that DeLay might have been targeted with mass reporting and Twitter’s automatic filter took him down.

In fact, the Business Insider report goes on to explain:

“Any organised group can now make Twitter work for them censoring the people they target, to make it label their tweets as “sensitive” or “potentially offensive”, to delete all of them, to hide, suspend, and close the accounts they may see fit. It’s enough to launch an organised attack to denounce the targeted accounts as “sensitive”, “offensive”, “harming”, “spam”, and Twitter will obligingly censor it.”

If an organized group did target Donald DeLay and get him suspended it’s an extremely dangerous precedent being set by Twitter. It can allow a highly motivated mob to take down any one target and do it completely anonymously. They can effectively shut someone up on Twitter.

And given Mags’ demands for Meyer, that’s exactly what she wants to happen to him. She even states, “I want him to…  shut down Twitter… and go away.” If she feels this way about Meyer, it more than likely extends to DeLay and other members of Comicsgate.

Twitter has some serious answering to do as to why Brutas artist Donal DeLay was threatened with a complete account shutdown and suspended for 7 days while hundreds of thousands of other users freely post using the same type of language.