Howard Chaykin is a national treasure in the world of comic books, and he’s self-effacing as hell. In every interview I’ve ever read with the man, he’s always demure. I’ve met him at conventions a handful of times over the years and he’s the same way. He’s always humble, far more interested in talking about the work of other creators. He’s comfortable talking about what’s exciting to him about comics. He doesn’t like speaking about his own contributions to the art form. Howard Chaykin is a comics nerd just like the rest of us and with his new series [easyazon_link identifier=”B07FP2V8G7″ locale=”US” tag=”boundingintocomics-20″]Hey Kids! Comics![/easyazon_link], he’s written a passionate, stellar historical fiction work about the art form he loves. Unfortunately, it’s a passionate, stellar historical fiction work. That’s a hard sell in today’s comics market. 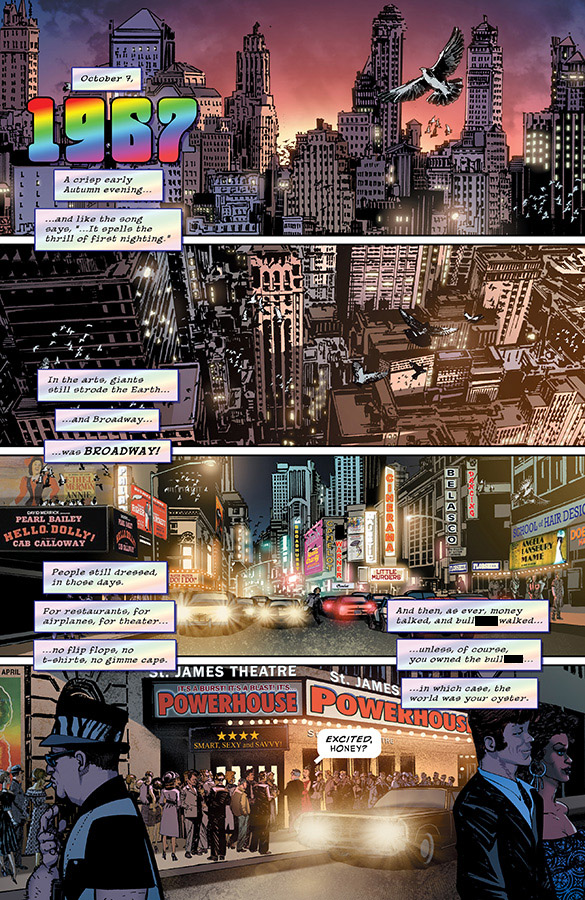 Master colorist Will Quintana is dead on point with this issue. Letterer and sound effects design genius Ken Bruzenak is always fantastic. The story has the makings of a great meta-fictional treatise on the inside world of comic books. Chaykin starts off with a bang, fictionalizing how Marvel and DC were built on the backs of people like Jerry Siegel and Joe Shuster, Jack Kirby and Steve Ditko. These artists created cultural icons that transmogrified two fly-by-night junk publishing houses into multi-media juggernauts. They were paid in poverty and abuse.

Chaykin is a good writer to tell this story. He was there through a large part of it as a fan and later as a creator. Chaykin learned well the lessons of those writers and artists that came up through the work-for-hire system before him. You create nothing that you’re not willing to readily part with. You enjoy your time playing in the corporate sandbox but never forget to tend your own. 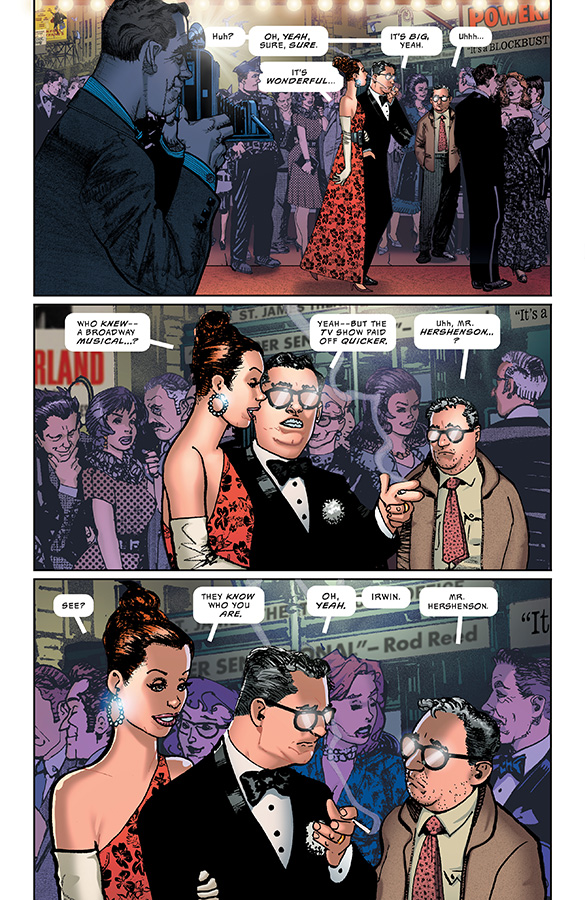 Hey Kids! Comics! has serious potential as a series, but there’s not a lot of market for this type of story. To enjoy it you have to hit two cultural hard points that are currently in short supply with most of today’s comics audience. First, you have to be a fan of comics both as a medium and an art form.  Second, you have to be a devotee of historical fiction. This series is excellent on all levels but it instantly cuts out a large portion of its potential audience. Much like Marvel is currently doing to most of its superhero line, but for drastically different reasons.

Hey Kids! Comics! is a niche story. It’s phenomenal, but I think there’s probably only two things that will keep it from fizzling out at about twelve issues due to lack of interest. The first thing that might push it past the the length of “maxi-series” is that it’s at Image, a company that has proven itself more than willing to let niche stories play out at their own pace. Secondly, Chaykin is a great writer that excels at getting the story told against all odds. His American Century title at Vertigo lasted twenty-seven issues and I’m pretty sure I was the only one reading it, so there is hope. 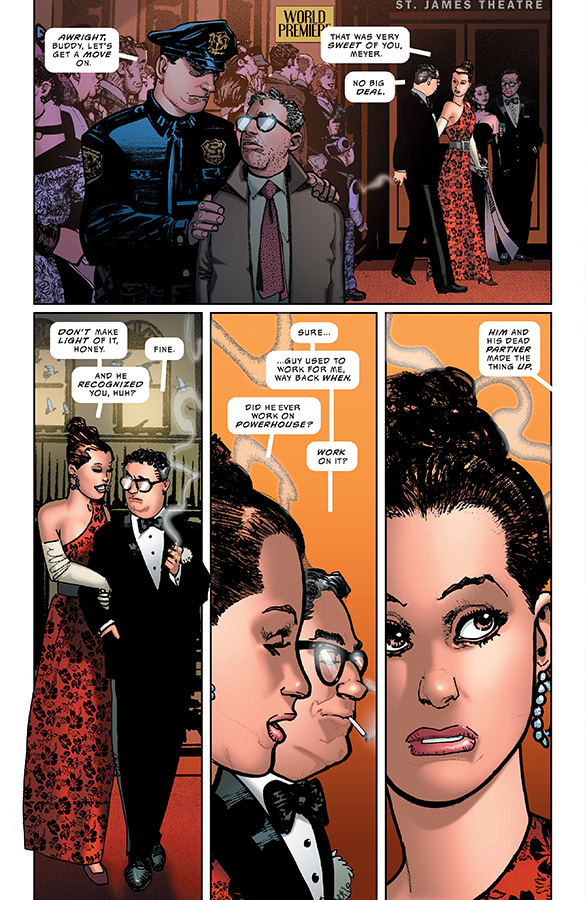 There are a few things that might benefit the series going forward. Some real-world facts at the end of the story would be nice. Not everybody knows the sordid history of the comics industry and a real-world essay on some of the themes or situations that the story touched on would be fascinating. Barring this, some historical footnotes would also work well. It needs something to give the reader a real world reference point while the plot line is doing its non-linear thing. The 1985 series from Renegade Press, Wordsmith was the same sort of meta-fictional story, only it dealt with writing for the pulp magazines. The end pieces were essays that writer Dave Darrigo used as a touchstone, supplying a real-world analogue to ground the fictional story. It worked really well and Chaykin is a more than capable essayist. He could easily work this into the monthly package.

Hey Kids! Comics! is an excellently crafted start to an endlessly fascinating historical story that has an extremely limited reader base. Chaykin is a master storyteller, but not everybody is going to get it, and that’s okay. I highly recommend this if you’re a fan of comic book history, or if you’re a fan of Chaykin’s historical fiction. If you’re not I’m a little sad to say that you can comfortably give this a pass.