Wherein we finally decide that Dan Abnett doesn’t really need Andy Lanning, and we sing the praises of one consistently badass comic book.

A General Rundown Of The Silencer And  We Peek Under Rocks.

The Silencer is one of the few comics in today’s marketplace that consistently entertains. It’s written by the incomparable Dan Abnett. For those of you who’ve been hidden under a rock since the mid ‘90s (and to judge the current state of the comics industry that’s most of you), Abnett is half of the formidable team of Abnett and Lanning that have ruled science fiction based comics for the past few decades. The Silencer is not really science fiction. It’s more action/adventure. Abnett has solidly grounded it in the DC mythos with direct ties to the Batman Family of books. Every issue of this series just kicks ass.

The Silencer in question is Honor Guest. She’s an assassin trained by Talia Al Ghul’s Leviathan Group and she has the meta human power to negate sound within a limited area of effect. Handy for her particular skill set. The first shots of this series follow Honor as she finishes her time in Leviathan’s service and starts a family. However, she gets sucked in again when Talia decides that Honor is too good an asset to lose. 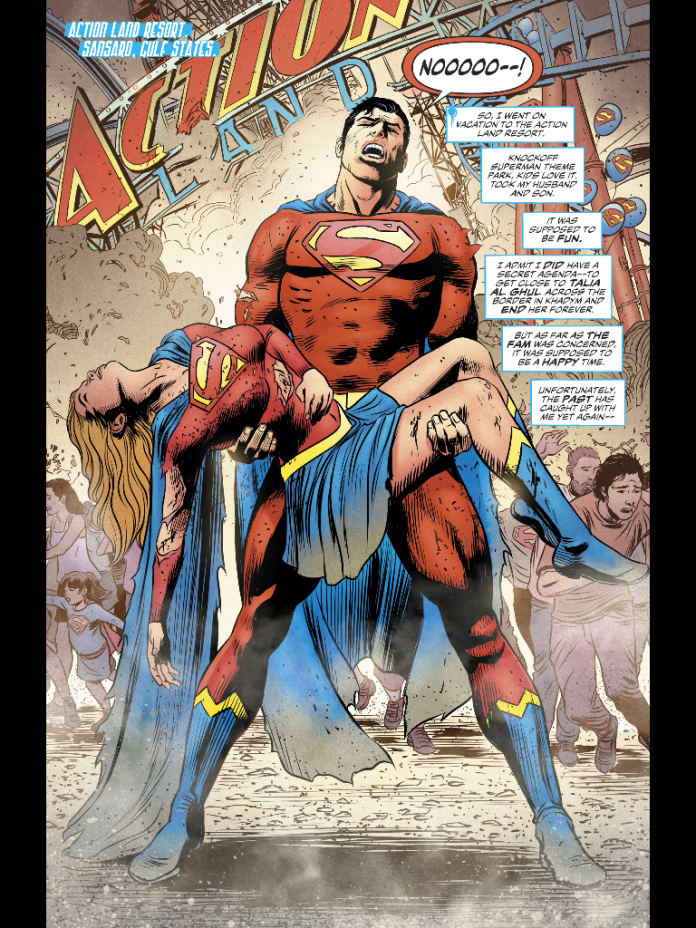 The Part Where We Catch Up To Issue #10

Hi-jinks ensue, and that brings us to issue #10. Honor tries to escape pursuit by another assassin, a technopath called Quietus. She takes her family “on vacation” to Actionland, a Superman theme park. The issue opens and we’re treated to a great sequence of a faux Superman in anguish, holding  a fake Supergirl in the iconic George Perez cover to Crisis on Infinite Earths #7. They immediately get eaten by a giant Kaiju. It just gets weirder and cooler from here. Honor has to maintain a running fight with herself when her body gets swapped with Quietus. They then team up to defeat Talia’s magician, the one responsible for the monster and the body swap. They do all of this while they take great pains to keep Honor’s family out of the action and none the wiser.

The Best Offensive Line In The Business

The art team of Patch Zircher and colorist Mike Spicer are a formidable pair. Zircher’s finely rendered and super detailed line work make this comic a visual feast and it’s only rendered even more delicious by Spicer’s fantastic color palette. If this team can hold to a monthly schedule for a while, The Silencer may eventually become the best book DC has in its stable. It’s already of far more interest than any story that’s currently served up in Nightwing or really any of the other peripheral Bat-books. 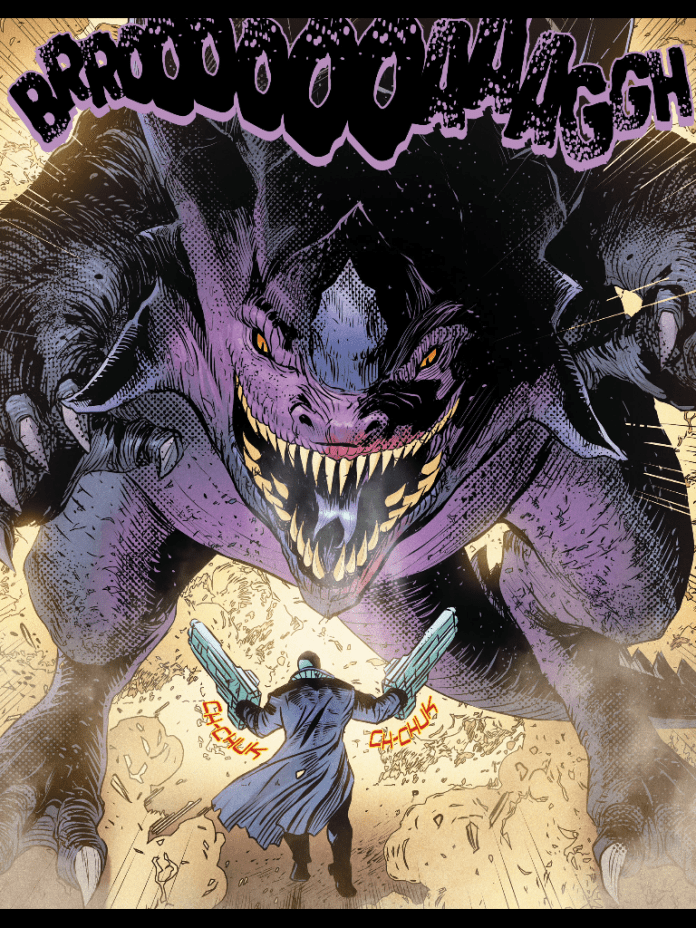 The Silencer resonates. It’s a really precious and wonderful book. It’s consistently well written with a cracking good art team. It tells a tight story with interesting and multi-layered characters. It just kicks ass on all fronts. If you’re not already reading it, I highly recommend you try it. You will not be disappointed.