Wherein a cool name for your comic only gets you so far and Canadian tweener humor fails to carry you the rest of the way.

[easyazon_link identifier=”B07GL7412L” locale=”US” tag=”boundingintocomics-20″]Exorsisters #1[/easyazon_link] has many things going for it. The art by web cartoonist Gisele Lagace is serviceable. She does a great job with her characters. You can easily differentiate between them and she gives the story a nice fluidity that makes this an easy read. The problem is that Lagace is a web cartoonist. Mind you, she’s an exceptional web cartoonist. Lagace was the heart and soul behind Cool Cat Studio, Pennie and Aggie, and Menage a 3. But she’s used to a medium where all of the focus is on the characters and you don’t typically devote a lot of space to backgrounds or action, and it hurts her here. The final effect of the artwork is that reading this comic in print is much akin to watching an old Hanna-Barbera cartoon. 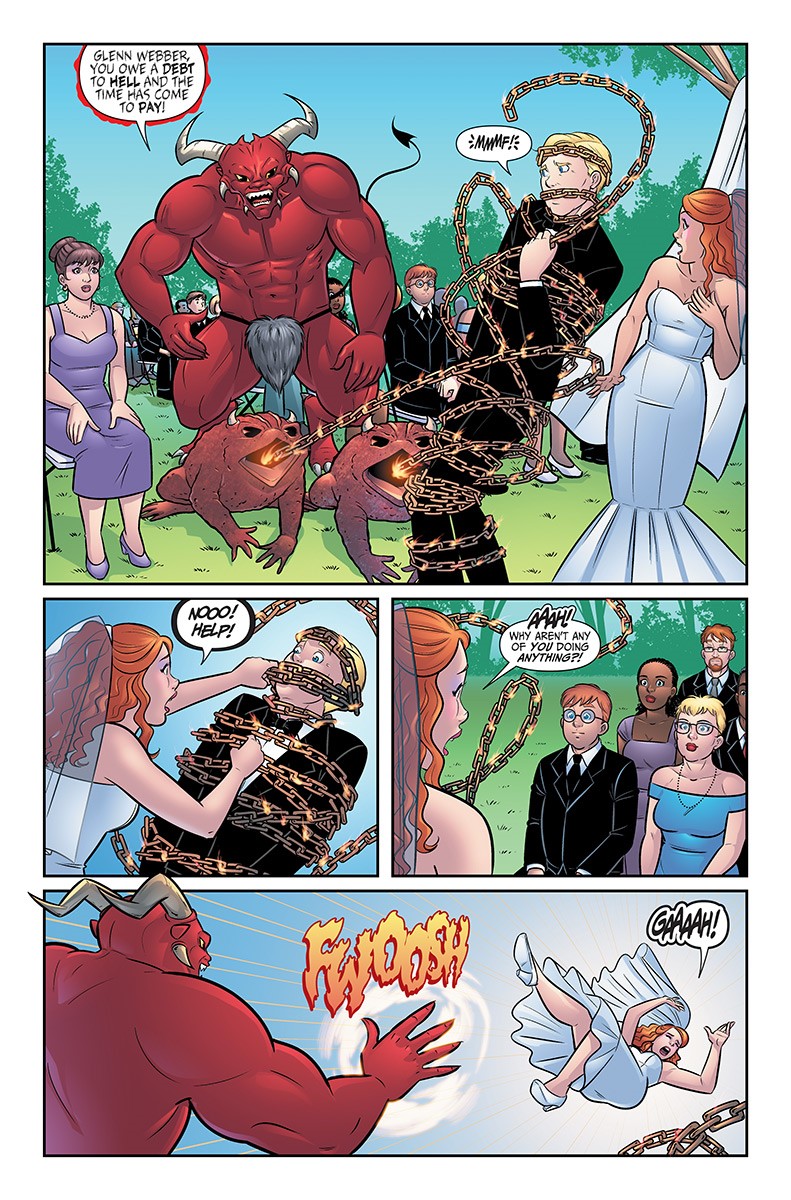 And The Problem With That Is…???

Well, if there’s not a lot going on with the art, then the story and dialogue better damn well make up for it. That’s why things like Scooby-Doo, Space Ghost, Ren and Stimpy, and Mike Judge’s work on Beavis and Butthead and Over The Hill succeed. Even though the backgrounds are sparse and static, the action is over the top and the characters are highly engaging. Exorsisters has small bits of all of this, just not enough. It gives off the feeling of watching a mediocre cartoon.

Look, with a cool series name like Exorsisters and two main characters that can bip into and out of Hell on a whim, you can and should play things on a level of crazy much akin to Invader Zim or Ren and Stimpy. If your protagonists are always unflappable, and Kate and Cate Harrow definitely are, then it’s much funnier if everyone around them is constantly freaking out, because… you know, Hell! So far everyone in this comic reacts like, “Oh lookie, a horrible demon… yawn.”

It’s the juxtaposition of the mundane interacting with the insane or the horrific that makes for the comedy in this type of book. When nobody in the story is interested in what’s going on around them, why should the reader even pay attention? Hopefully series writer Ian Boothby (who frikkin’ knows this stuff) will find his footing. This is only the first issue and we haven’t met everybody yet. 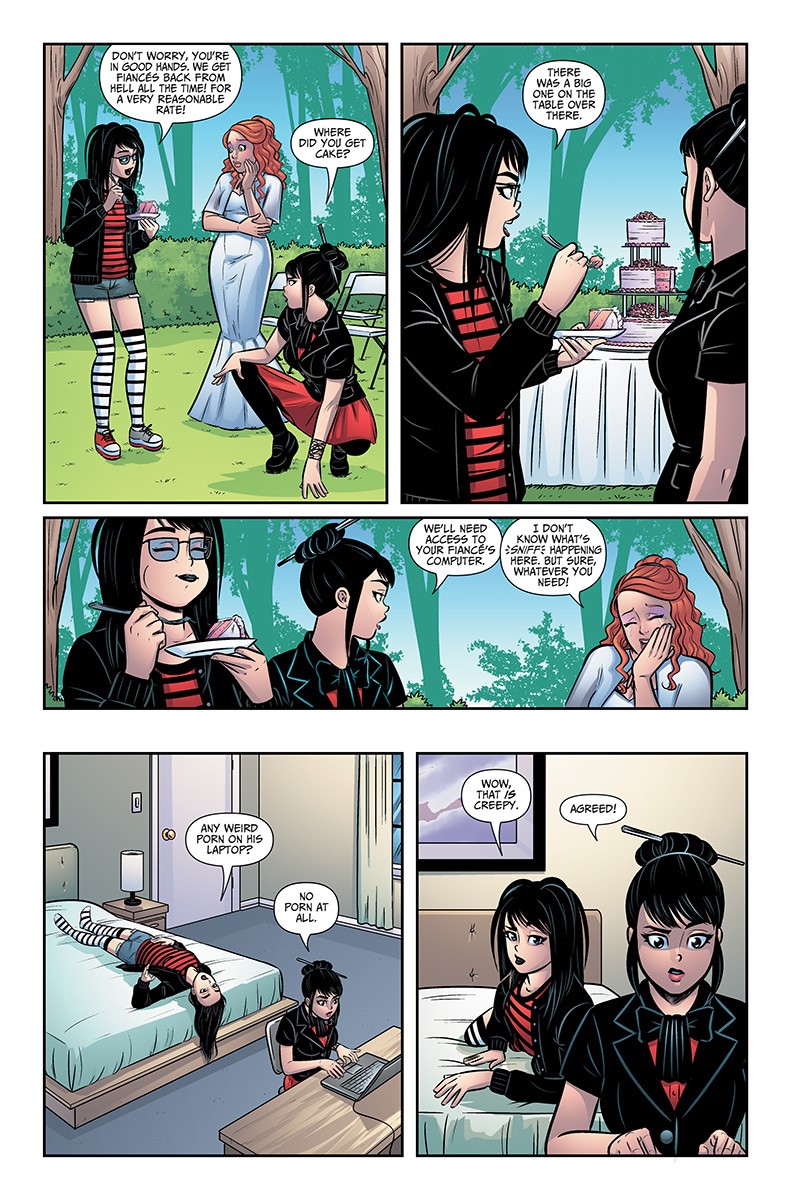 So do I buy this or what? Maybe. It’s only issue #1 so Exorsisters is just a baby. Comedy/Horror stories are tricky. Even though this series has a proven comedy writer, adding in the horror element is often harder. Sometimes it takes a while for the creative team on a comedy/horror book to even things out, (I’m looking at you Hack/Slash.) That said, [easyazon_link identifier=”B07GL7412L” locale=”US” tag=”boundingintocomics-20″]Exorsisters[/easyazon_link] does have some inspired moments. The reverse demonic possession and Mom’s big reveal at the end are brilliant. Hopefully this will just get better as it ages. I’m definitely in this, at least for a few issues. It falls flat in a lot of ways, but I’m willing to follow this story for a while to see if it lives up to its potential.