Wherein we wax nostalgic for a bit about outdated tech and muse wonderingly about how good a cinematographer and storyteller John Byrne really is.

Most of you are way too young to remember the bad old days before Blu-Rays, digital downloads, and cell phones. Back in the late 1970s through the early 1980s, few people had access to VCR players and cell phones were big bulky kits that barely fit in your car. When a movie came out in the theater you went to see it multiple times and if you wanted to look at freeze frame stills, you either bought the Topps Trading Cards or you relied on magazines like Starlog or the inevitable Movie Special Editions. If you were super lucky, you could get a fotonovel. 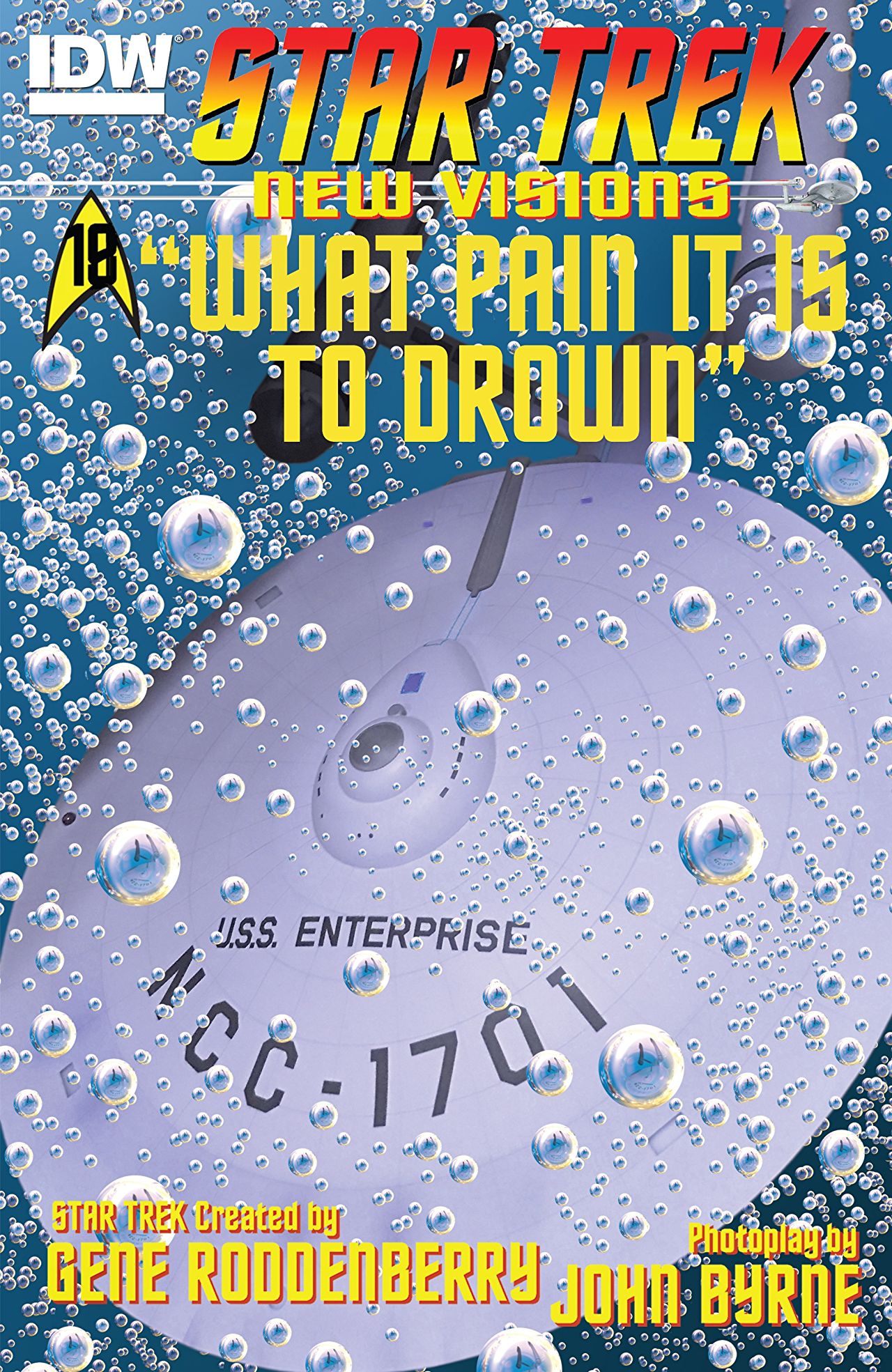 What The Hell Is A Fotonovel?

Fotonovels were these cool paperback books that retold the story with color stills from the movie or TV show. They had comic book style word balloons and it was the only chance you got to obsessively scrutinize every detail of hundreds of scenes.

There were lots of these fotonovels, covering TV shows like Battlestar Galactica and Buck Rogers in the 25th Century and movies from every genre from Alien to Grease. The mac daddy of all of these though was Star Trek. All told, Bantam Books released fourteen fotonovels. Twelve of them retold classic Trek episodes in wonderful color frames, and they did one for each of the first two movies. It was the best way for us Trek nerds to obsess over every small detail. 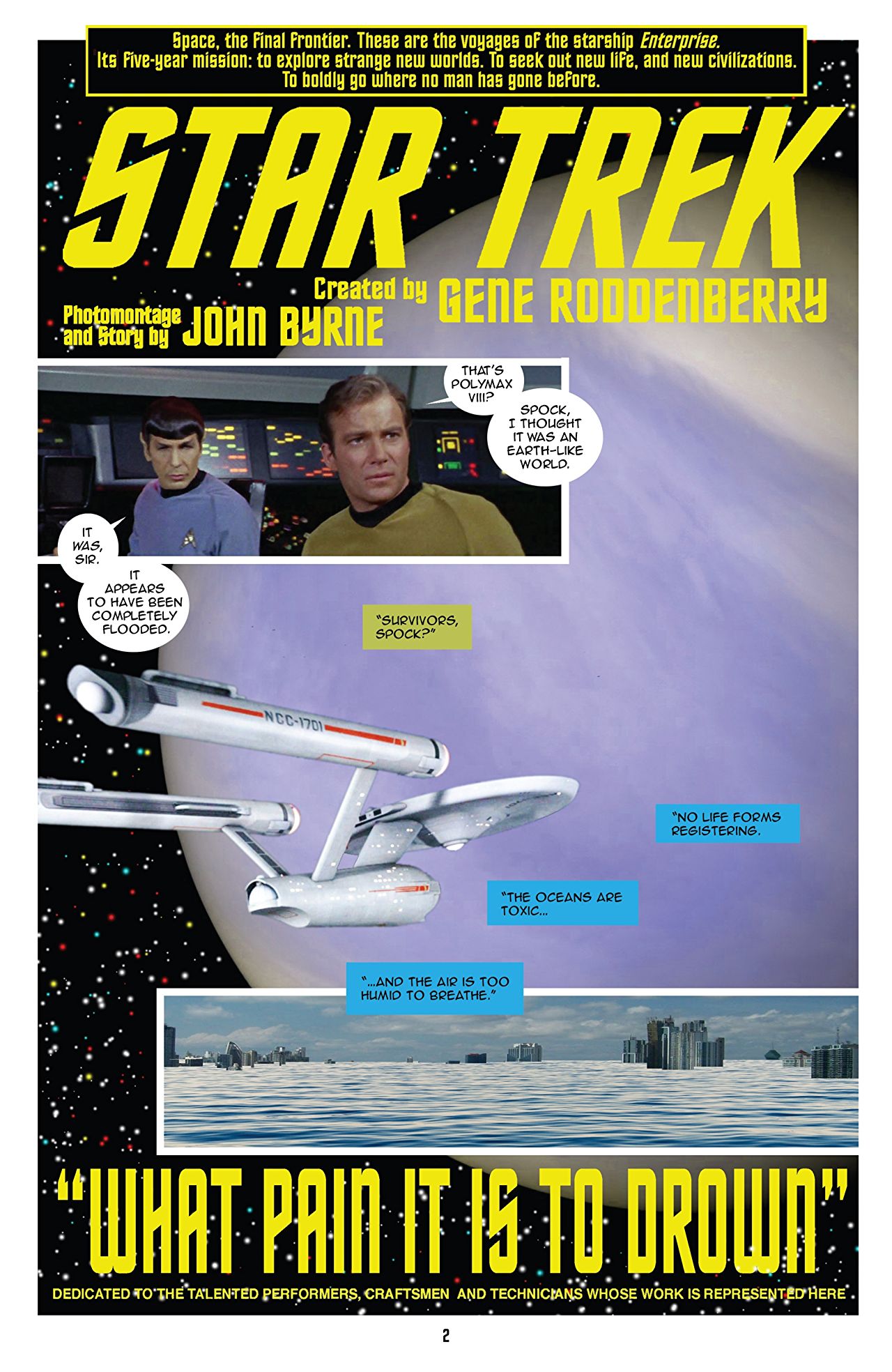 The advent of the affordable home VCR and the deluge of videocassettes that gave way to DVD and finally to Blu-Ray, made the fotonovel obsolete. Who needs a book of pictures when you can simply pull up the movie on your phone? Cut to forty-odd years later and IDW publisher Chris Ryall secured the rights to make new Star Trek comics. He hired legendary comics creator and huge Star Trek nerd John Byrne and turned him loose. Byrne produced several mini-series for IDW all based around the classic Star Trek characters, all quite good.

Then someone hit on an idea. Why not bring back an iconic piece of Star Trek memorabilia, only with new stories. In the age of easy digital manipulation not only could the fotonovel make a comeback, but since Star Trek TOS had been digitally remastered years ago, every frame could be restitched into new stories. It was the ultimate form of re-mixing. Who better to give it a go than the massively talented OG Star Trek nerd that was already working for them. 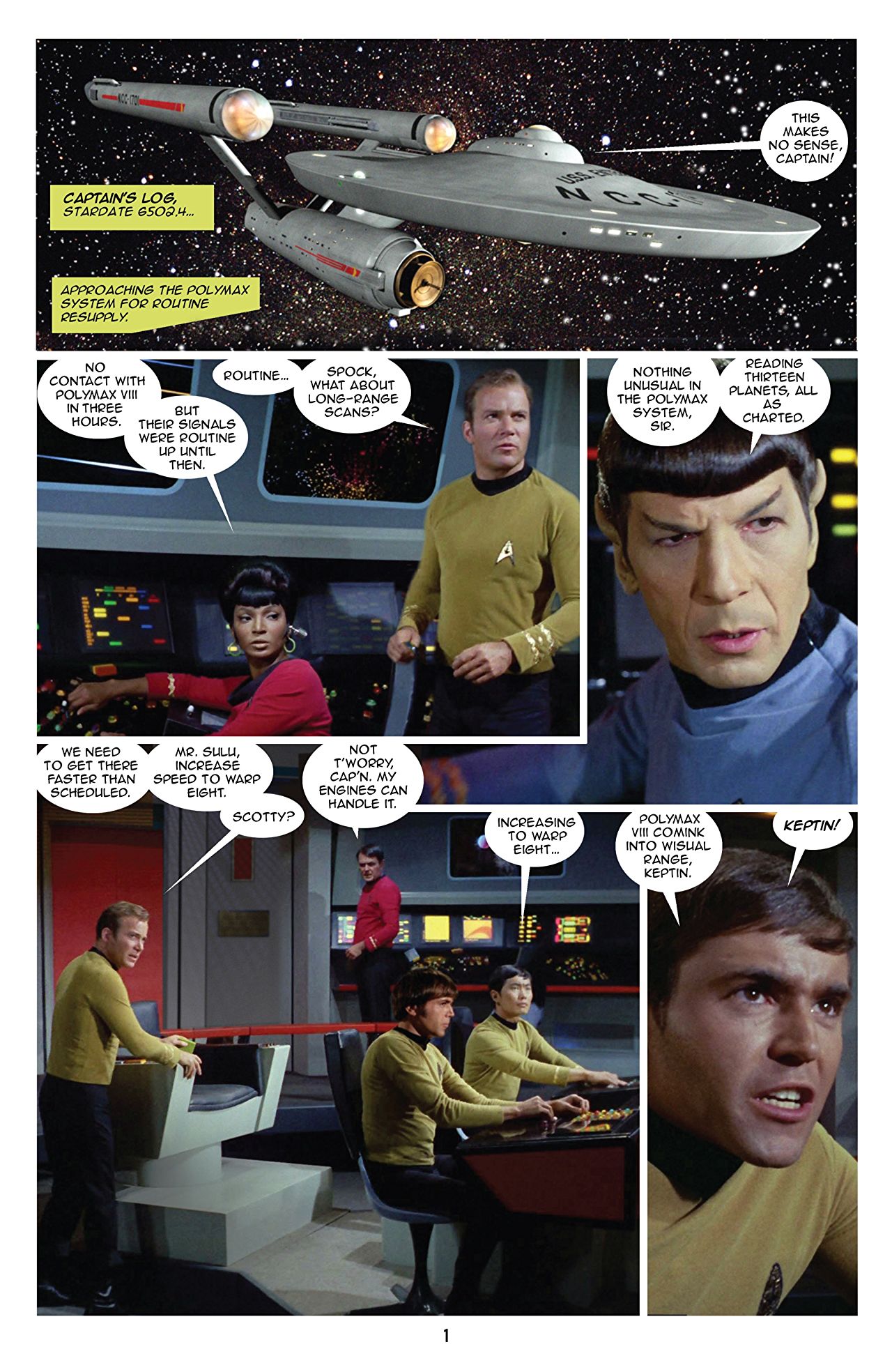 What Pain It Is To Drown marks Byrne’s 18th venture into the photostory arena and compared to his other stories in this series, it’s pretty lackluster. The plot revolves around the Enterprise encountering an alien that has an absolutely staggering amount of control over water. It’s really just an excuse for Byrne to photoshop a bunch of irregularly shaped blue blobs into a perfectly acceptable starscape.

The thing is, Byrne has such an unerring knack for the absurdity of classic Star Trek that even when his storytelling is not up to his usual awesome, it’s still better than almost anything else out there. This story is actually better than some of the original TV episodes. Blue blobs be damned.

With Chris Ryall’s departure from IDW, Star Trek New Visions is ending. Most likely this will also mark the end of John Byrne’s tenure on Star Trek as well. That’s a shame. It’s been nice having well written stories about Kirk, Spock and McCoy around.