Google released quite a bit of new information about their new gaming platform Stadia including what games will be available on the platform.

They first released what their platform’s performance will look like based on your internet connection. The better your internet speeds, the better quality of resolution you will be able to have. 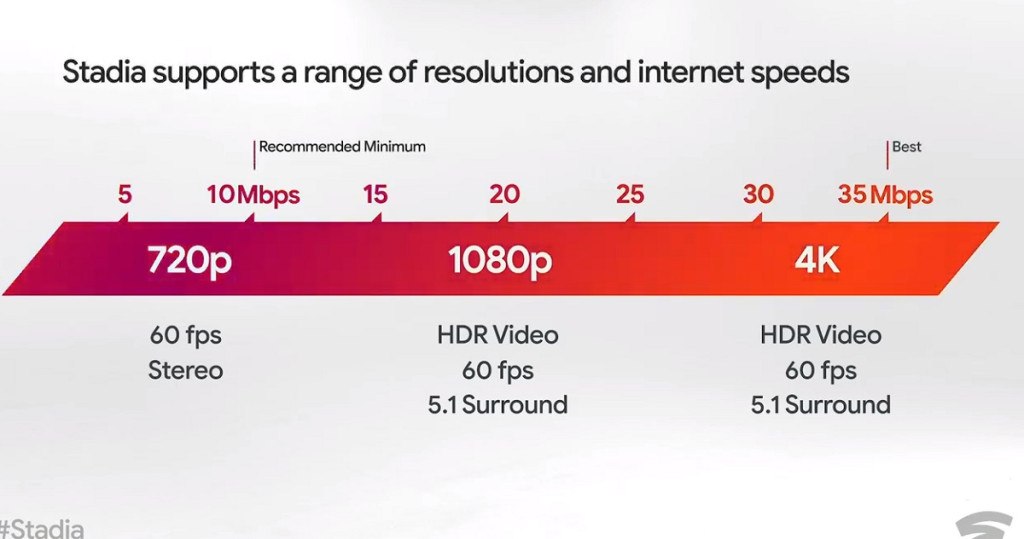 Along with this performance information we got a list of the games that will be available on the platform.

So what’s the cost?

You will also get a “Founder’s Badge” and the ability to save your gamer tag before those who don’t purchase the Founder’s Edition.

While the Founder’s Editions provides three months of Stadia Pro for free it normally costs $9.99 per month and allows players to purchase games whenever they want as well as provide them exclusive discounts on select games. It also provides subscribers with access to certain games without having to purchase them separately. It will initially launch with Destiny 2: The Collection.

The other option is called Stadia Base. It will be released in 2020. It will operate similar to Steam where you have the option to purchase games on the system and play them anywhere.

You have the ability to purchase games whenever you want. However, you will not get access to certain games that Stadia Pro members will have access too and you will not receive the Stadia Pro exclusive discounts.

Stadia Base will also be limited to 1080p resolution.

Though it does provide on the go flexibility if you want to play on multiple TVs, its still a piece of hardware you have to buy.

Stadia is an ambitious project for the tech giant because they are essentially promising the ability to give players 4k resolution at 60 frame rates a second. This would mean that Stadia can provide a massive amount of value to players who don’t want to spend over a thousand dollars on a gaming computer.

What are your thoughts on Google’s entrance into gaming? Is Stadia, and at large, cloud gaming the future? Or will hardware on consoles and PCs still continue to dominate the gaming world?