Tessa Thompson took to the red carpet for the premiere of Men In Black: International where she stated that her character, Agent M, will work to get the Men In Black to change their name.

Thompson’s statement came after she was asked by Variety, “What do you think about the title then? Because obviously Men in Black is a known franchise as a title. But were there any other ideas since you are a woman?”

Thompson responded, “Well, I think first of all we wanted to make sure that people know that this is the franchise that they know and love because it is. And my presence in it because I’m a woman shouldn’t diminish the fact that we’re making a movie very much in the same tone and style of the original films.”

She continues, “But I think, you know, Emma Thompson has a brilliant quip in the movie, where I say, ‘Men in Black’ because I’m confused that is the title of the organization and she goes ‘I know. I’ve had the conversation it’s taking time.'”

Thompson adds, “I think what she speaks to which is funny, but true, is that change happens sometimes faster than we have language to describe what change has occurred. In so far as we have certain institutions that have antiquated ways of working. Hollywood is certainly one of them. Where we don’t have the infrastructure to support the change that is actually happening. I think what she is speaking to is there has always been representation in the organization it hasn’t always been reflected in the title.”

Thompson then notes Agent M will work to change the title of the organization if they decide to make more movies.

“And maybe if we make more maybe that will change. And certainly I think if Agent M sticks around the organization long enough she will probably push some buttons to make it change and frankly that’s the only way that things change. People on the inside that have a real stake. Really calling the institutions out.”

The Men in Black movie franchise is based off the comic book series created by Lowell Cunningham with the first series illustrated by Sandy Carruthers.

The first series, which consisted of three issues, was originally published by Aircel Comics. A second series would be published by Malibu Comics. Marvel Comics would eventually acquire Malibu Comics and publish a number of one shot comics when the first Men in Black film was released.

Here’s a look at the opening page of the original Men in Black comic book series. 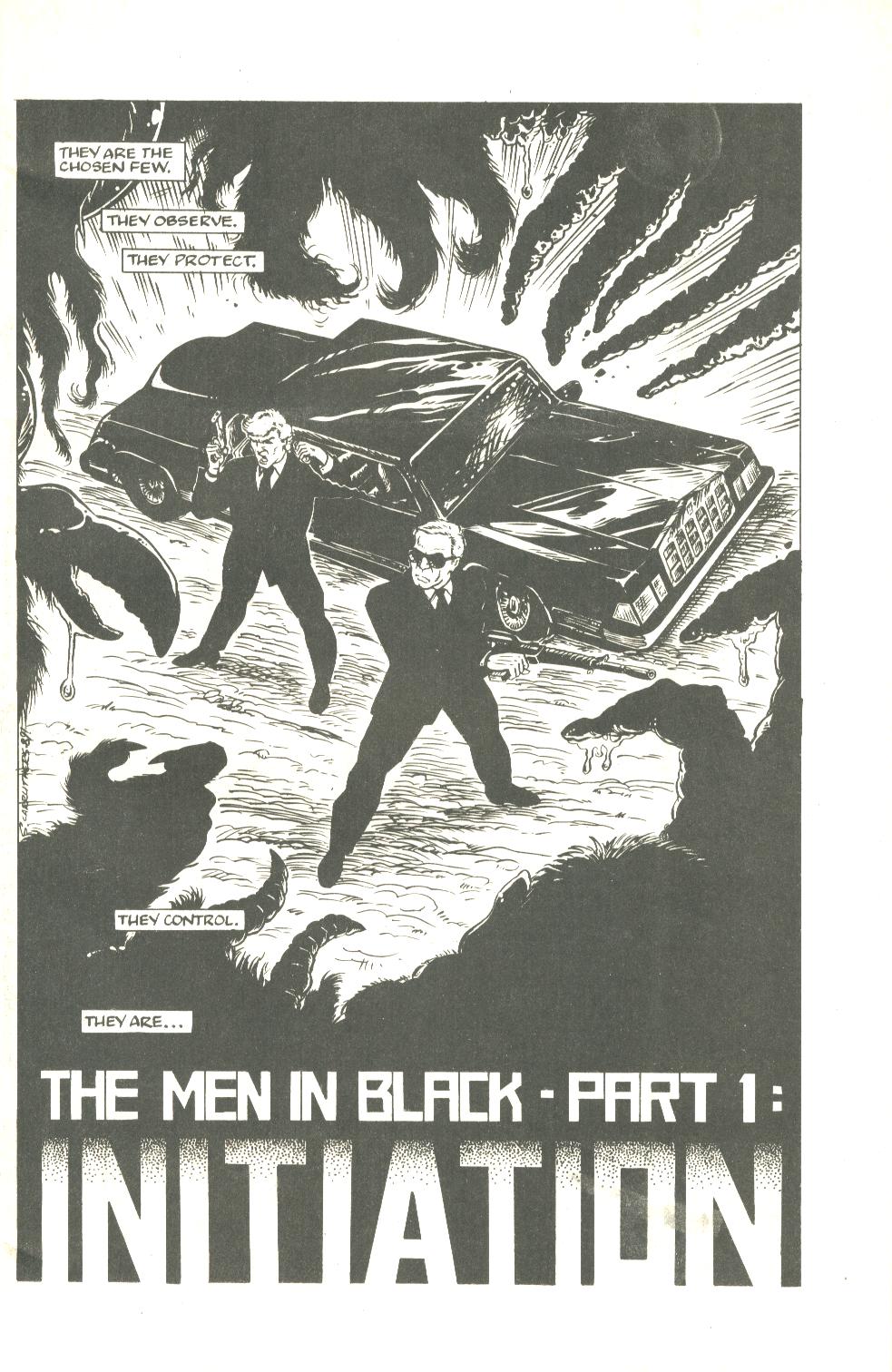 Thompson stars in Men In Black: International as Agent M alongside Chris Hemsworth. The movie hits theaters on June 14, 2019.

What do you make of Thompson’s comments regarding the Men in Black name?