As Marvel Comics and DC Comics writer Zoe Quinn maintains her radio silence in the wake of her allegations against and subsequent suicide of Night in the Woods developer Alec Holowka, further investigations into her claims have uncovered evidence that, contrary to her claims, Quinn may have been the abuser in their relationship.

After The Post Millennial’s Anna Slatz was granted access to Quinn’s currently-private Twitter account, she was approached by a fellow developer of Holowka’s who provided her with more information surrounding his relationship with Quinn. The developer, who wished to remain anonymous out of fear of backlash, provided Slatz with “verified” private messages exchanged between said developer and Holowka which depict Quinn not as an outright victim, but also responsible for a fair amount of abuse herself. (Related: Marvel Comics Writer Zoe Quinn’s Allegations Against Alec Holowka Called Into Question by New Evidence of Inconsistencies in Initial Claims)

The messages provided to Slatz are dated August 18th, 2014, two days following the infamous Zoe Post, written by Quinn’s ex-boyfriend Eron Gjoni, that served as the catalyst for the GamerGate movement. On this date, according to text messages, Holowka had been “trying to talk to friends about [Quinn’s behavior] for a couple years” and was “confused by the people who are angry about this being shared.” Holowka even indicated that he had “thought about sharing my story with her a few times but was always scared to” because “there’s so much backlash if you go into that area.” (Related: Zoe Quinn to Write DC Comics’ Batman and Superman Spin-Off The Infected: Deathbringer) 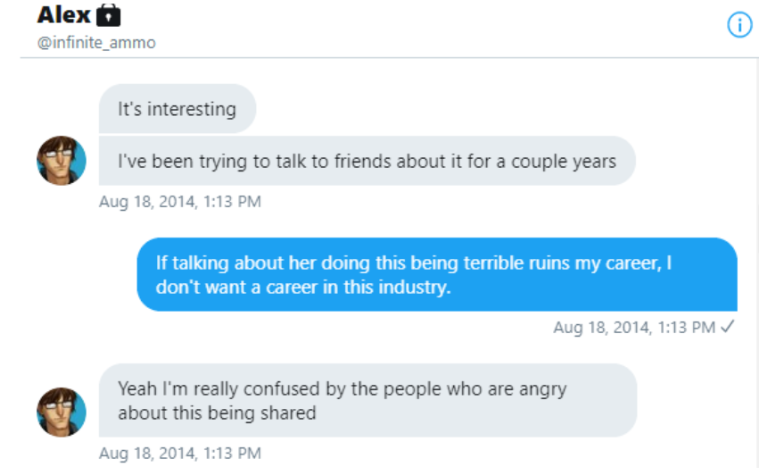 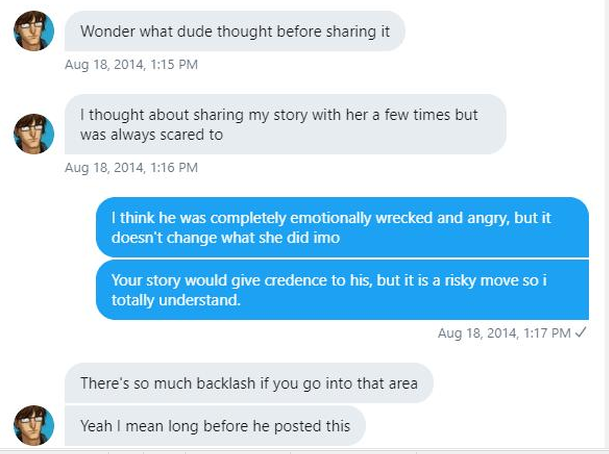 Holowka also describes an emotionally abusive incident in which he and Quinn had attended a social event where Quinn proceeded to become highly intoxicated, continually flirt with another woman despite denying her interest to Holowka, and “freaked out” at Holowka for suggesting that Quinn could avoid these situations if she reigned in her flirtations. 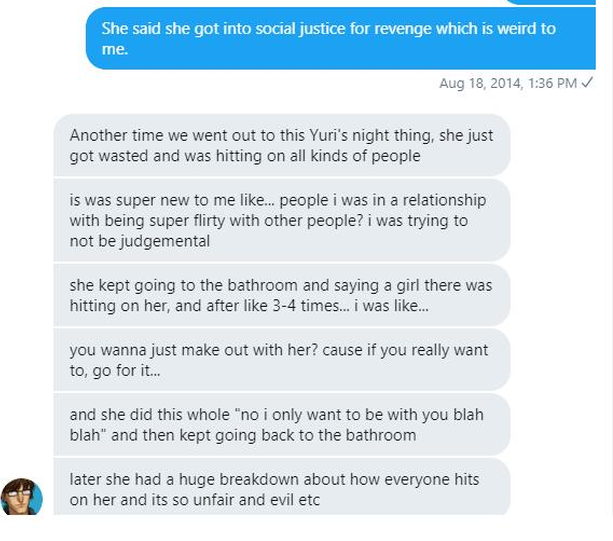 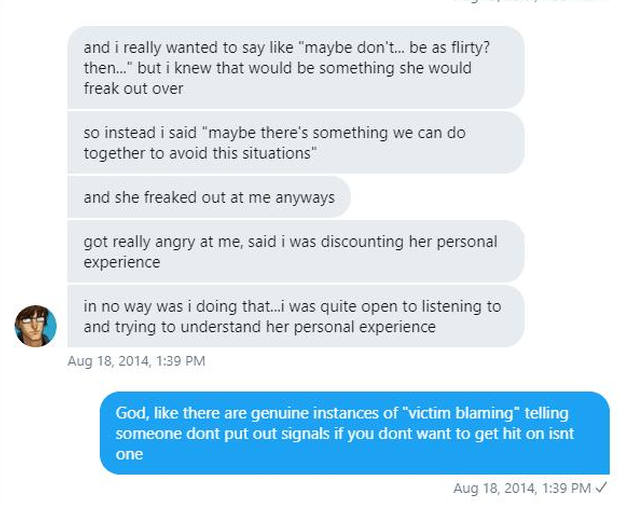 While Quinn’s accusations claim that her time spent visting Holowka in Winnipeg included being “physically confined,” “slowly isolated,” “scared to leave,” and “scared to tell anyone,” direct messages show that Holowka was “so in love with her” and attempted to improve their relationship as he “suggested we go to couple’s counseling” while Quinn failed to take personal responsibility for her role in the deteriorating relationship. (Related: Marvel Comics Hires Zoe Quinn to Write Hellcat Story) 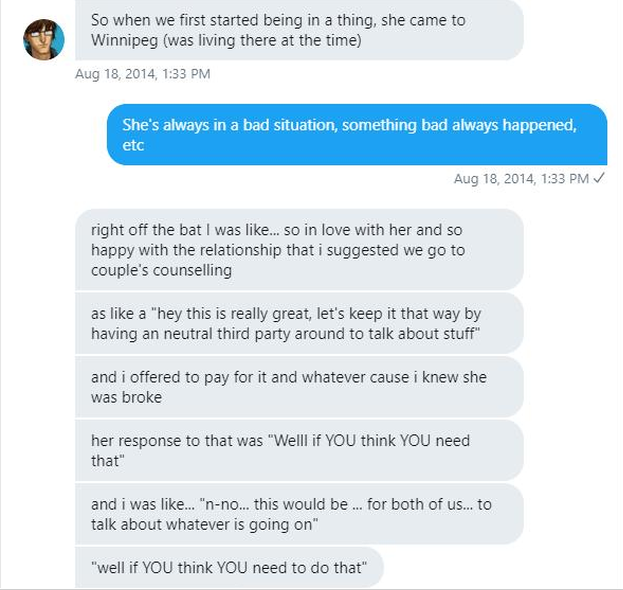 Holowka also lamented that general audiences would believe the false narrative that GamerGate was predicated upon blatant sexism, noting that Quinn needs to “own [her] own shit.” 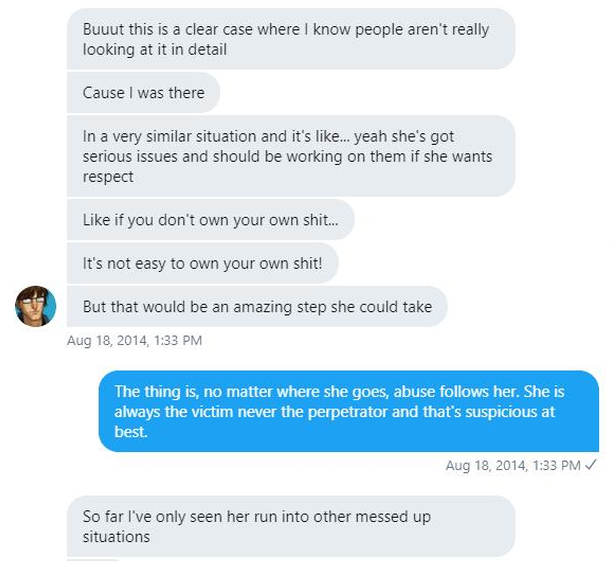 Despite Holowka’s stance as an outspoken ally of feminist causes, particularly in the video game community, Holowka lamented how both “feminists” and “MRA douchebags” were latching on to the Zoe Post to fuel their own disingenuous narratives, ignoring that the outrage was “clearly not because she’s a woman, it’s because she’s a shitty person.” 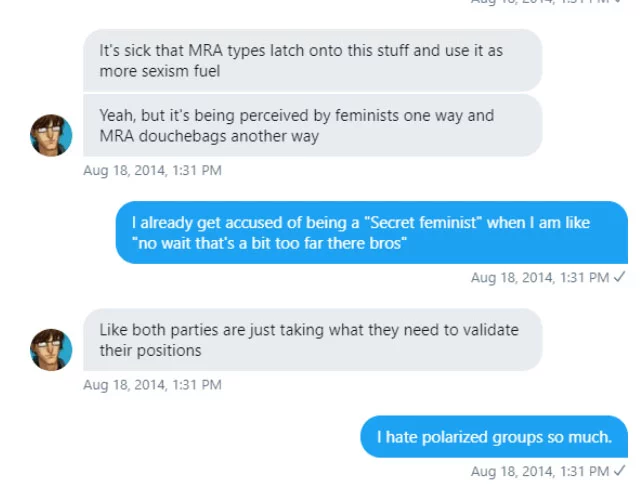 As Slatz stated in her previous article regarding Quinn’s Twitter account, “this new evidence is not completely exculpatory. It does not provide a complete picture of what happened between Zoe Quinn and Alec Holowka during the time they were living together in Winnipeg in 2012.” However, the continual stream of social media evidence against Quinn’s initial allegations should give the public pause and reinforce the importance of due process.

As of writing, Quinn has not publicly commented on any of the material presented during the course of The Post Millennial’s investigation.