Oscar-winning actor and star of films such as The Silence of the Lambs and Thor Anthony Hopkins discussed a number of topics with fellow actor Brad Pitt. 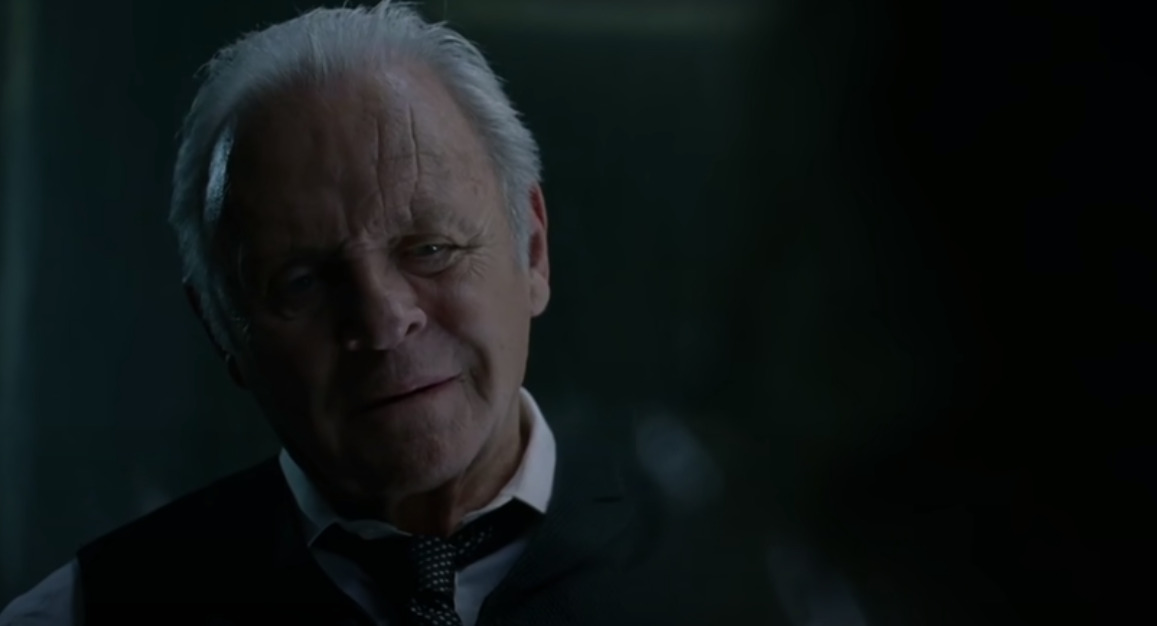 In an interview with Brad Pitt for Interview Magazine, Hopkins brought up the the subject of people asking him about “present situations.”

He stated,”People ask me questions about present situations in life, and I say, “I don’t know, I’m just an actor. I don’t have any opinions.”

He added, “Actors are pretty stupid. My opinion is not worth anything. There’s no controversy for me, so don’t engage me in it, because I’m not going to participate.”

Pitt echoed Hopkins comments,”I feel the same. I don’t care. I’m glad things are always evolving and changing, and complaining about it won’t do any good. You work with what you have. ”

He continued, “Like digital, they’re doing amazing things with it, so I don’t lament that film is being used less and less.”

Source: Legends of the Fall

Pitt would then ask Hopkins, “What about the responsibility you feel when playing a real-life character? There’s no way to get the actual life, beat-by-beat, of a person, but you aim for an essence, correct?”

Hopkins answered by discussing his role as Richard Nixon in the 1995 film Nixon from director Oliver Stone, “Oliver Stone gave me the part of Nixon, and I remember thinking, ‘Why would he give me that part?’ And he said, ‘Because I’ve read interviews about you being a loner. That was Nixon.'”

He continued, “So I watched a lot of Nixon films. I went down to Yorba Linda, California, to see the house where he was born. Bill Clinton told me that when he became president, he would phone Nixon every week.”

“He’d ask him about China and Russia. Clinton said this of him: He was a brilliant politician, but there was something in him that was so insecure. And Oliver just tried to portray the man as he was—neither good or bad, but a man who makes mistakes, as we all do,” Hopkins recalled.

He then details how emotional it was to play Nixon, “I found it very emotional to play him, because I could feel what it must have been like, the disgrace of having to resign. And then the humiliation of having to say goodbye.”

“And then I read about his wife. She couldn’t bear to look down at the lawn of the White House as they took off,” he added.

Pitt then comments on the film and Nixon’s life describing it as a “fascinating story from a humanistic point of view.” He specifically points to the scene where Hopkins as Nixon asks, “Why don’t they like me?”

Hopkins responds to the comment saying, “That’s it. You can see the pain in him, and you think, “Well, am I better than him? No. I’m not better than him. I’ve got my own immoral quirks.””

Hopkins then recounts his drinking habit and the power of forgiveness, “Why do we do the things we do? We have no idea. I don’t know why I drank all my life. I did it because it was the only thing I knew. I look back now and I think, “Well, it wasn’t bad, but I don’t want to do it again.” I caused a bit of damage then, but I’ve made my apologies to people for doing what I did. It’s all part of being alive. And whatever power there is in us, it’s forgiving. It’s over. Forget it. Just move on.”

The actor, though Welsh-born became a naturalized U.S. Citizen back in 2000, hasn’t been active in political life as a new citizen.

In an interview with The Guardian in 2018, Hopkins stated, “I don’t vote because I don’t trust anyone. We’ve never got it right, human beings. We are all a mess, and we’re very early in our evolution.”

He then provides a brief history lesson,”Look back throughout history: you have the 20th century, the murder of 100 million people, barely 80 years ago. The 1914-18 war, the civil war in America, slaughter, bloodshed… I don’t know if there’s a design in it, but it is extraordinary to look at it and get a perspective. I think, ‘Well, if it’s the end, there’s nothing we can do about it, and it’ll blow over, whatever happens.’” 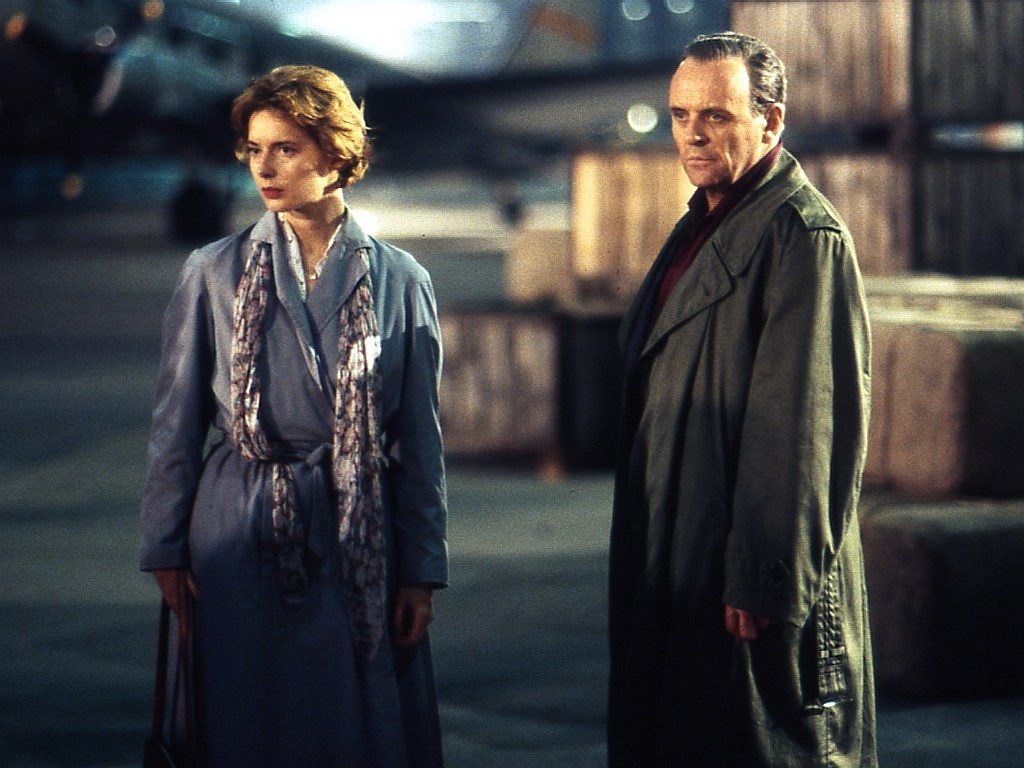 Isabella Rossellini and Anthony Hopkins on location at Tempelhof Airport in Berlin to shoot some scenes for the movie “The Innocent” Photo Credit: Towpilot (talk | contribs), CC BY-SA 3.0 <http://creativecommons.org/licenses/by-sa/3.0/>, via Wikimedia Commons

What do you think of Sir Anthony Hopkins’ ideas when it comes to actors and their opinions? Let us know!